Why are games fascinated with having dialogue through windows?

I was rewatching Errant Signal's analysis of Alien Isolation when I noticed something weird about a critical scene near the end of the game.

In it, Amanda has just learned about the fate of her mother, and through a nearby window sees a nuclear reactor about to go off, and a bad-guy is threatening one of your allies. In the end, you do some quick button presses on your side of the pane of glass to turn the reactor off, but it explodes just a tiny bit and your ally dies.

And rewatching this scene made me realize just how much games love having dialogue through glass windows. 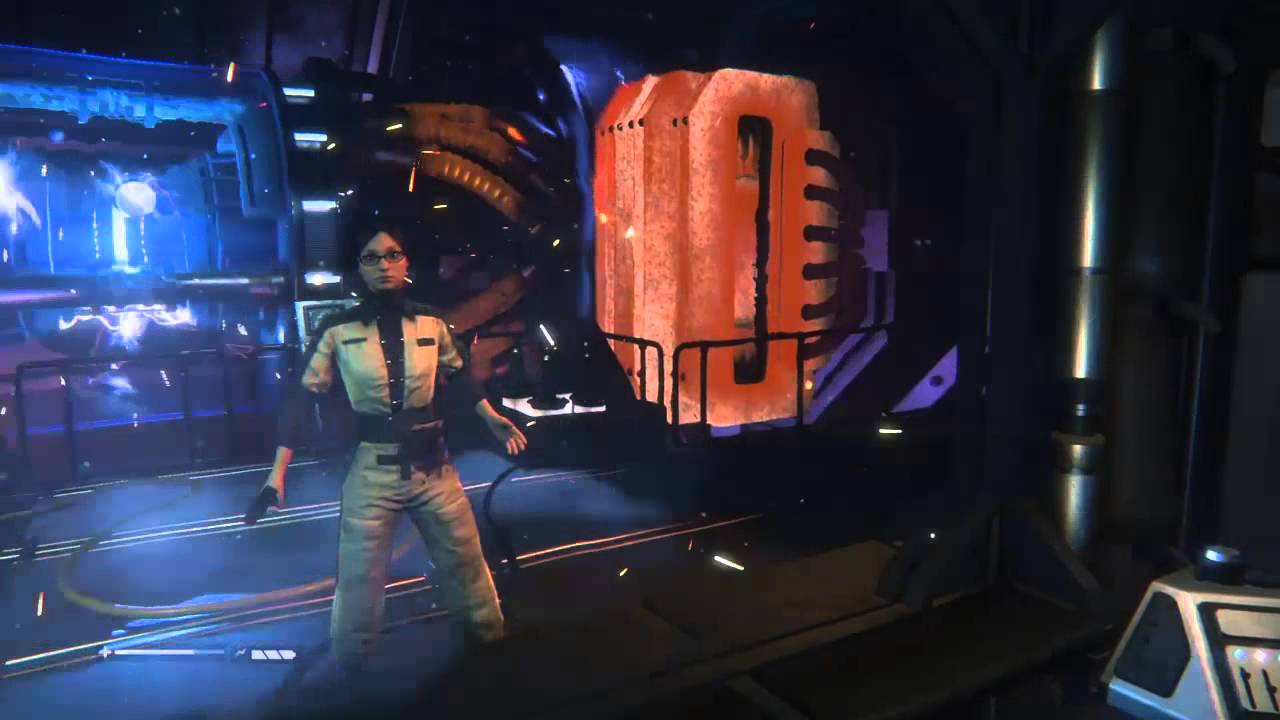 This character will die and there's not a damn thing you can do about it.

Think about it. When a game wants to basically give you a cutscene, but still wants you to remain in control, it'll do this simple trick. And sometimes, scenes like these are highlights of the game. Think of Andrew Ryan's speech in BioShock, or your girlfriend's death in The Darkness. In fact, upon writing this down, I realize most of your interactions with characters in BioShock 1 and 2 take place with a pane of glass in the way.

Now, there are legitimate storytelling reasons for this. The first being that it keeps some degree of player agency. The player can bob their head around or maybe even pace around the room while watching the character yap away... which is fine. I get that games nowadays want to keep the player in control as much as possible, and only use cutscenes as a last resort. That's why we see so many 'slowly-walking-while-talking' moments in games now.

But it's such a cheap way of maintaining playability. Because I'm not interacting with the game world while this dialogue is going on, I'm just watching the cutscene, through a screen within the game. For all intents and purposes, I'm watching my character watch a cutscene. 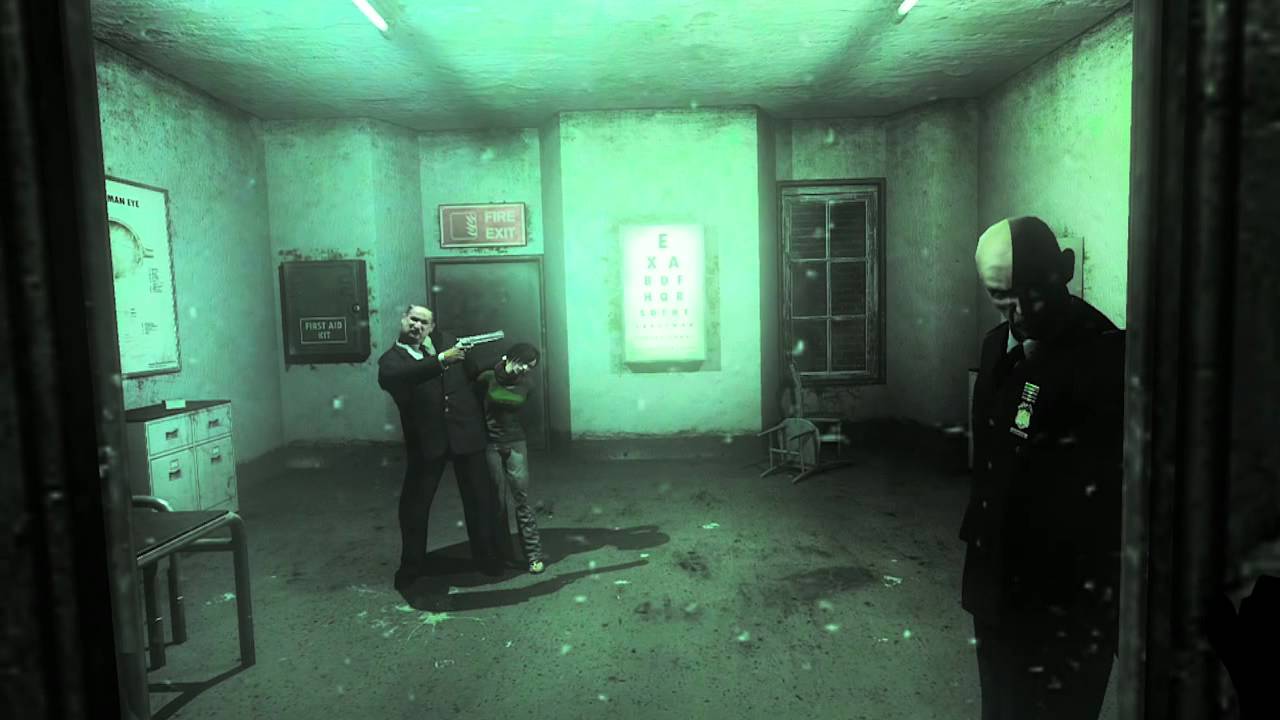 Jenny's death was one of the most emotionally impactful scenes of the last generation.

Now, I can see some people arguing this isn't a bad thing, and it can be a good thing. In The Darkness, the scene was meant to make you feel powerless. Your arms and legs are restrained, and you are forced to watch this horrible thing occur right in front of you. The Darkness, the titular demonic entity, is enforcing its power over you by making you watch as Jenny got her head blown out against the window in front of you.

But I'm noticing this trope appear more and more without that dramatic effect. It's becoming a meaningless event where the player is unable to do things as events happen in front of them, because if they were in control, they'd be able to fight back. If someone was in danger and there was nothing in the way, you'd be able to run into the room and shotgun all the monsters or other dangers away. But keeping in-game interactions with windows in the way makes it so players can't use tools in their arsenal to resolve the situation in their own way. It's a way of enforcing the story regardless of the players' abilities. 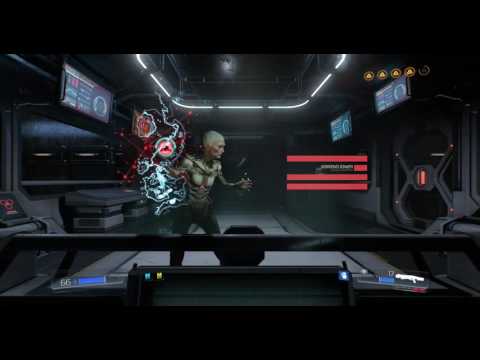 I'm sure most players would have just blasted Olivia Pierce, Doom (2016)'s antagonist, to bits the first time they saw her.

I'm not sure if I like these moments. In effect, it's just watching and waiting, and upon replaying a game, you notice how all it does is bring the pacing of the game to a slow and painful halt. At least if it were a cutscene, it would be skippable, but games nowadays are so adamant that these are playable sections, that you can't even skip them. Unless control is completely wrestled away from the player, you're stuck where you are.

And as mentioned before, I'm noticing more of these playable-cutscene-type events pop up in games. I tried Binary Domaine upon recommendation from a friend, and gave it up very quickly after being stuck behind a guy as he tutorialed me. It's as if, some games, at some times, just don't want you to play them.

Doom mostly does a great job of keeping you in the shoes of the player, as does Alien Isolation. But when it happens, it can be jarring.

If you want to stop players from shooting important plot NPCs, then subtly get rid of our ability to shoot. Resident Evil 7 makes it impossible to raise your gun directly at any NPC that isn't an enemy. Or maybe give us a reason why we can't influence the scene the way we want to. Metal Gear Solid gave us an entire area filled with flammable gas that would ignite if you fired your gun, so that's an option.

In theory, this trope shouldn't be a problem, but it's so overused it's becoming boring and the flaws of it are becoming more noticeable.

If games want to do this type of storytelling, they should at least do it well. Give us something to do, or let us skip it if we've seen it already. Don't pretend moments like these are somehow still interactive pieces of the game, because most of the time they aren't. I just want games to be games, and if you're going to give us stories, give it to us naturally.