All things must come to an end. This week will be my last Miiverse Monday post, and I thought it'd be a good idea to end it in a blog. Mainly because I feel Miiverse deserves a better send off from me, and I want the last post to be bigger than the Quickposts would allow. Miiverse has been a great community for gamers to post their favorite screenshots and share them with one another. You have the option to post them to other places of course, but Miiverse felt more official and welcoming. What made it even better, was that you could use the platform to draw, and share your art alongside screenshots or text. Even though the area to draw was small, you still saw some incredible posts by some amazing artists. It's a real shame to see Miiverse be removed for the Switch, but I hope that Nintendo decides to create a better version, or something similar in the future.

To start this off, I've chosen a rather boring post, but it's significant to me because it's the first post I ever made on Miiverse, dating back to November 30th of 2012. This date was also when the Wii U launched in Europe and Australia, with the US launch set earlier on November 18th of 2012, and the Japan launch set later on December 8th of 2012. I remember that day well, as I had a pretty severe stomach ache for a good week leading up to the launch. As sick as I was, it didn't stop me from getting out of bed and picking it up from my local EB Games. The Wii U that I had preorded was the Premium Edition, and was bundled with Nintendoland, so naturally my first post would come from there. 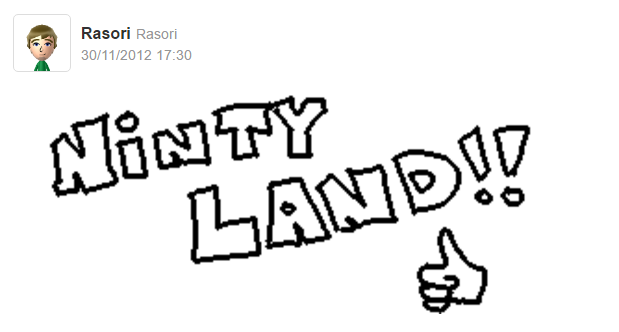 Next up, we have a post from the 3rd of December in the same year, and it's from Batman: Arkham City. When I went to pick up the Wii U, I chose 2 games alongside the console, ZombiU, and Arkham City. I remember being really excited that I was able to play a console experience solely on the gamepad and Batman was one of my first experiences with that. Nintendoland was as well, but I got more of a kick from Batman because up until that point, I was playing these kind of games on the TV. It's hard to be impressed by something like game streaming these days, as technology moves forward and it starts becoming the norm, but it's still an experience I'll remember fondly. 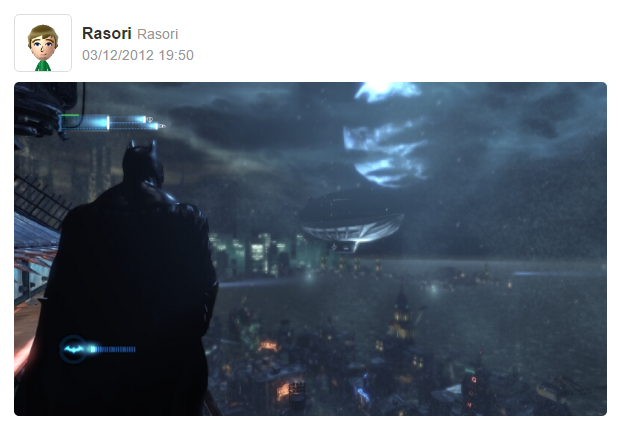 Ok, show of hands, who here enjoyed Rayman Legends? ok, I can't actually see you, but I'm sure some of you enjoyed it. Well this next post comes from the 9th of February of 2013, after we heard some pretty devastating news regarding Rayman Legends. Ubisoft wanted to port the game over to PS3 and Xbox 360, but In order to do that, they wanted the Wii U version--which was ready for the February/March release date--delayed for 6 months, so that it could launch at the same time as the ports. This pissed off a lot of the community, including myself, especially because we had several delays before this. It wasn't the developers fault though, mainly the heads over at Ubisoft, so I drew a tiny and poorly drawn comic to illustrate that they have no idea what they're talking about. 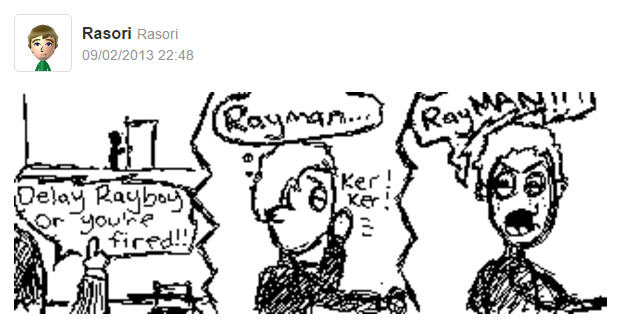 Let's fast forward a little bit to Boxing Day of 2013, after I was given The Legend of Zelda: A Link Between Worlds for Christmas. I remember when I first saw it's reveal, I didn't think much of it. It didn't seem like the Zelda I would be interested in playing. Bare in mind that my first entry in the Zelda series, like most people, was through Ocarina of Time, so playing something similar to A Link to the Past, or any of the previous Zelda's, just wasn't something I was interested in. Cut to a couple of days later when I finished the game, and it became my 3rd favorite Zelda. 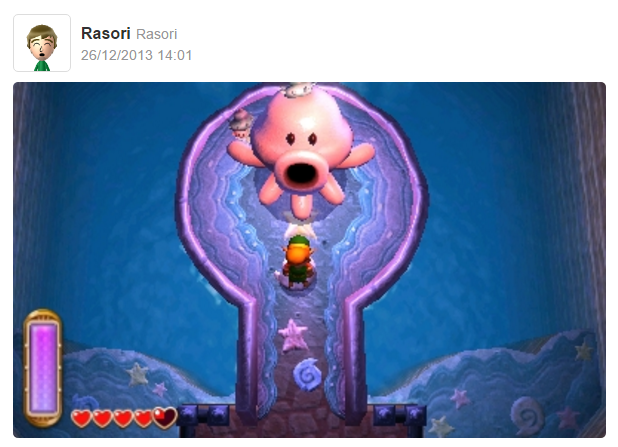 Speaking of Zelda, since Breath of the Wild is only days away, this next post is from March 13th of 2016, and it's from The Legend of Zelda: Majora's Mask. This is a game I have been put off from playing since it's release in 2000. The main reason for this is not because of the Moon, which is pretty creepy I'll admit, but mainly because of the time limit. Just knowing that I had to do things quickly, and would lose items when I had to go back in time, was always in the back of my mind whenever I would consider buying this game. Of course, I was told that it wasn't as bad as I made it out to be, and not all items would be lost when I go back in time, but I still couldn't see myself playing it. This all changed with Majora's Mask 3D. Granted, It took months since it released to convince myself to try it, but once I did, I finally understood what people were talking about. Moral of the story is, I'm an idiot and I should have played it 16 years ago, because it's great. 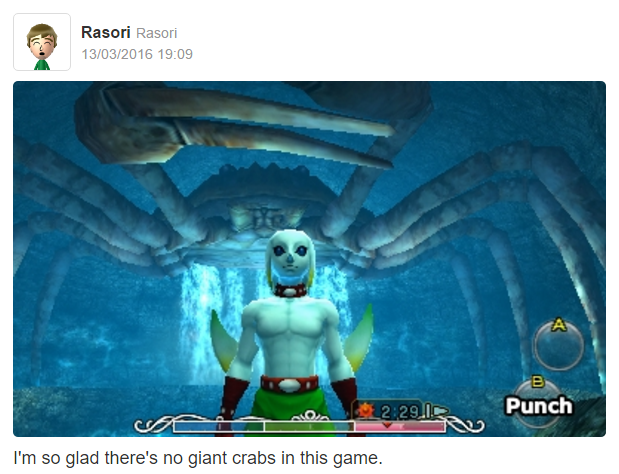 And finally to end the blog how it began, this post was taken on the 25th of February 2017, and will now be known as the last new game I will ever play on the Wii U, and the last post I will make on Miiverse. That game is called Paper Mario: Color Splash. When this game was first announced, I remember a lot of people having mixed feelings about it. Mainly because it looked like another Sticker Star. While I did think there was a lack of variety in the characters, I was still pretty excited for it. I also never got to play The Thousand-Year Door--though I'm watching Game Grumps play through it now--so I can understand your criticisms in terms of combat and story. Regardless, I still had a lot of fun with this game, and I really hope they make another one for the Switch. 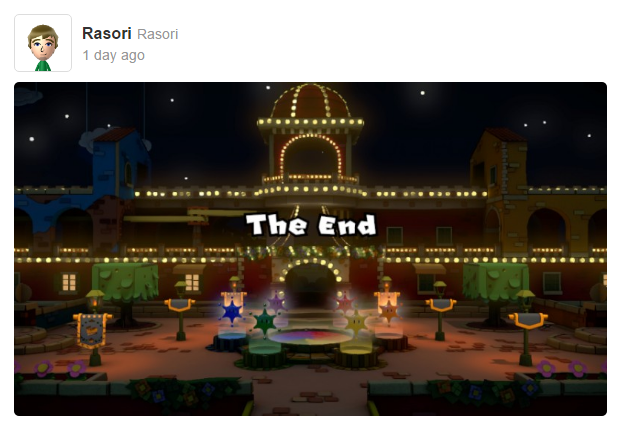 I know most of the screenshots aren't interesting, but I guess this series was a way to talk about the memories I had with the Wii U, and Miiverse helped me relive those memories, so I could share them with all of you. I really do hope that Nintendo reconsiders bringing Miiverse over to the Switch, or something like it, because I would love to share all new memories, many years from now.

I've been around Destructoid since 2010, but just recently became part of the community in 2016. I enjoy Video Games of all types, probably eat way too much junk food, and also enjoy a good pun.