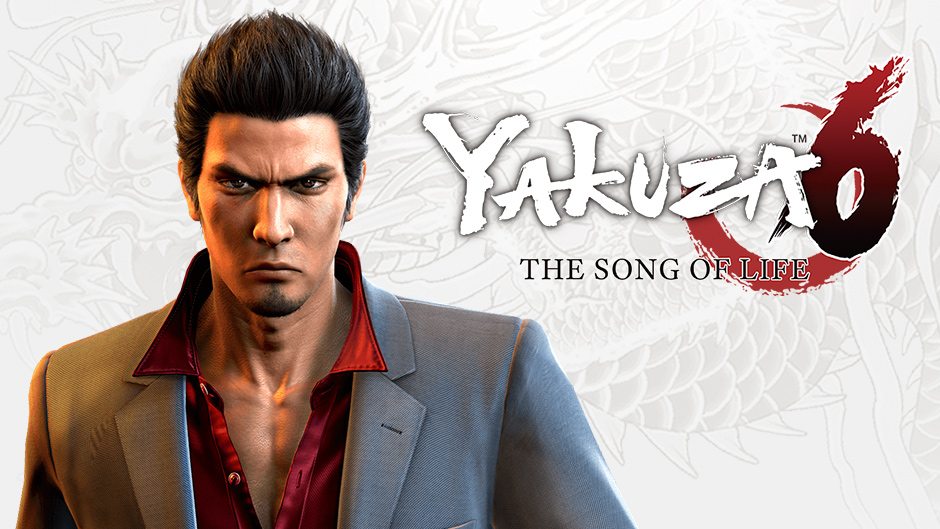 All out of heat!

Having juggled between Yakuza 6, Persona 5, Yakuza 0, Nioh and other games I've found it difficult to grant Yakuza 6 my utmost attention as I had initially planned. My fondness for playing Persona 5 making it even more harder but until recently I decided I wanted to finish Yakuza 6 before the former and do a review for both. If nothing else because P5 is a game I want to take my time with. The same would have been the case for Yakuza 6 if it wasn't for the fact in terms of content the game falls short. Yakuza 6 reminds me of the days when a sequel having more stuff in it than the original was something that was taken as read. I thought that was the formula: first game makes the money, second game uses the money to expand. Usually it's not 'til the third game that you really knuckle down to start ruining everything. In Yakuza's case it appears to be the sixth title where we are all out of heat.

Playing Yakuza 6 gave me the strangest sense of Dejá Vu like I've been through this before. Nevermind it being another major overhaul in terms of introducing brand new combat mechanics, and the first real entry designed with next-gen tech in mind--In terms of content, and story flow, it also seemingly rides the Yakuza 3 train all the way to Azerbaijan. There is no excuse for cut content through localization this time, even the Japanese audience are treated with a game that doesn't boast the amount of content a big Yakuza title like this should. Going from the immense content-rich game that was Yakuza 5, to the marvel that was Yakuza 0 with an excellent story we end the story of Kazuma Kiryu with a regretably lackluster sixth entry that is Yakuza 6.

In terms of story-beats Yakuza 6 follows a similar path to that of Yakuza 3 on many levels. For the sake of avoiding spoilers I'll refrain from talking about the events of Yakuza 5 in detail, and stick to what is important to Yakuza 6. The story takes place straight after the ending of Yakuza 5, where Kiryu gets hospitalized after having sustained an injury due to a set of circumstances that happened at the end of Yakuza 5. The well-beloved established characters like Taiga Saejima and Goro Majima gets sent away to prison never to be heard from again, with the exception of Shun Akiyama who shows up a bit at the start of the game only to get brushed aside as well--All of this is done to make the player familiar with a new array of characters introduced in this game, while certainly fun and well characterized but still at the expense of the vastly more well established characters that fans have come to know and love.

Kiryu finds himself being sent to prison once again, due to the Japanese police being thick, and deciding to arrest a man who was trying to help them do their job in Yakuza 5, even so much that one of their best detectives prefers to perform vigilante justice alongside an ex-Yakuza than following police protocol. Haruka somehow gets herself into a pickle once again, and it's up to Kiryu to unpickle her out of it by looking for answers as to who would try to run her over with a car, the identity of the father to her alleged child Haruto and how all of this is somehow once again connected to all the branches of Japanese organized crime syndicates.

This takes Kiryu through an inexplicably more narrow-designed Kamurocho, lacking both the Champion District as well as the Hotel and many of the upper parts of the city, and most importantly to the fictional district of Onomichi in Hiroshima.

While Hiroshima and Kamurocho are certainly gorgeous looking, and really, really well recreations of a modern Japanese metropolis and seaside town--They fall short of not having a whole lot of activities to keep them alive as usual. The game is a marvel on a technical level but during that process  of prettying-up the skyboxes it's like the designer forgot to include some fun activities to keep the wheels running. Kamurocho still has a few of its memorable stores, settings and locales to enter like Serena, The Millenium Tower, that one ramen shop and the arcade. The charm of the Yakuza series has always been towns like Kamurocho, and getting to see how it constantly evolves and changes with each passing entry, getting to know all its odds and ends, discovering new areas that wasn't there before.

However, that sense of familiarity falls short on a game that decides to exclude the city's memorable little corners, like the Champion District, which has always been there since the very first game. Its absence being labeled as "under reconstruction" and having no real story reasons for it is as questionable, as the short amount of new mini-games beyond the few indepth ones like Clan Creator, Baseball Manager or Underwater Fishing. Even Pool and Bowling have disappeared, which have both been staple mini-games for the series. Those that have been added are a mixed bag. The prominent mini-games like Clan Creator certainly does pack a share of fun. It reminded me a lot of a mix between Fighter Maker from Yakuza 4 and Cabaret Club Management from Yakuza 0. You're building up your own street gang, and you have to manage them through a real-time-strategy based scenario, which is as fun as it sounds. You spent your own experience leveling up your fighters, and manage your hiearchy within the clan, giving your best men the most authority etc.

There's a long-spanning story tied to it which also reminded me of the Cabaret and Real-estate stuff from 0. You're going up against a street gang leader calling himself Justis, alongside 5 lieutenants (I believe) as they desire to controll all of the streets of Onomichi. It's up to you to liberate the town from his grasp, and that's about the gist of it.

Like many other things that Yakuza 3 did so too did Yakuza 6 give its combat mechanics a major makeover. The Ultimate Heat Mode, and even how the heat bar looks now, feels like a callback to Yakuza 3's Red Heat and overall design. Sadly, unlike what was done with 0 where 4 differnet distinct styles were introduced, each packed with special counters, abilities and heatmoves, the combat of Yakuza 6 while certainly flashy, and promising with its occasionally fun ragdoll physics is a bareboned simplistic chore.

The lackluster set of heatmoves and having no real counter moves or any special attacks leaves a lot to be desired, and makes the combat feel really dull in the long run. That should not be the case for a Yakuza game. While the feeling of kicking a guy so hard he litterally flies across the street is fun, the ragdoll physics are a double edged sword and most of the time that doesn't happen, most of the time it glitches out and makes it look stupid more than awesome and satisfying.

Ultimate Heat Mode is where it starts feeling close to your average Yakuza combat but even then it doesn't have the thrill of Rush, Beast, Brawler or even the classic Dragon of Dojima styles from previous games. Something as simple as the usual stomp-face-heat move is also gone and most of the ones that are present are all vaguely context-locked to certain parts of the environment. The combat is not strictly speaking awful but it's not great either, and that's not a promising feat for a Yakuza game--6 doesn't pack the kind of punch one would come to expect of the series.

Yakuza 6 also returns to form in having Kiryu be the sole protagonist again. Now, depending on whom you might ask, this can be considered a good thing or a bad thing. Personally, I find it to be a step back especially considering the amount of time we've spent with Kiryu for so many games, and how his story has been dragged out post-Yakuza 3. Yakuza 6 represents the kind of stagnation that comes with extending a story for too long, as Yakuza 3 and consequently 4 felt like an appropriate ending to Kiryu's story. But much like Capcom's Resident Evil series Yakuza seems to sport an inexhaustiable supply of evil dipshits in inexplicably lofty positions of power, who can't take a hint and wants to make life tough for Kiryu and those he care about. And it makes it hard to get invested.

In vein of Yakuza 3 the story of 6 is once again centered around Kiryu's growth into a father figure type, whose nurturing and caring side is a rather interesting aspect for his character and definitely welcome. Sadly, undermined by dull escort sections with toddler Haruto, and not a whole lot of exciting development happening. Haruto seems to serve the plot in a form of a "bookend" like scenario, where his story mirrors Haruka's role in the very first Yakuza game. A neat way of having the series come full circle in a thematic way though undermined by a bad execution.

The cirumstances for his conception, and many decisions and actions made by the established character feels off and out of character to the point where I'm scratching my scalp in bewilderment on what is going on? While the new supporting cast are definitely a fun bunch that sport some fun interactions and chemistry, it feels wrong to exclude all of the major characters from having any significant role. Kiryu retiring with Kaoru Sayama in some distant countryside-town at the end would have been good enough, damnit! Story takes a few twist that rivals Yakuza 5 in ridiculousness, and the villains are a bunch of pompous douchenuzzles with little depth in contrast to villains like Kuze, Ryuji Goda or Nishiki etc. It'd be fair to say that where Yakuza 6's writing hits all the strongest notes is in its substories. All of them features voice acting for the first time ever, which of course also means there aren't a whole lot of them and most of them are quite short. But there are plenty of good ones to be had, ranging from the usual drama to complete wacky sorts of stories. There's plenty of heartwarming and dramatic little stories; Like a coming of age story about a girl failing to become an idol where Kiryu gives her some heart-to-heart pep talk to help not give up on her dream, or one that is basically a big reiteration of the anime film The Girl Who Leapt Through Time, and even one where you get to play actual baseball.

As the final chapter in the story of Kazuma Kiryu, Yakuza 6 doesn't end with a bang or a whimper but more like the sound you get from releasing a balloon and watching it fart its way around the lounge.