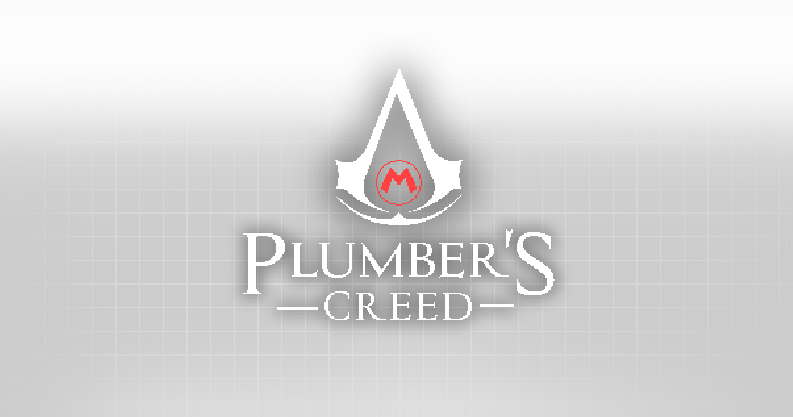 Plumber's Creed is a very short yet very sweet little game made by a few guys for the 63rd Mini-Ludum Dare. As you may of already guessed from it's title, or at least the title screen, this is a crossover between none other than Mario and Assassin's Creed, two completely different but wholly respected franchises in our wonderfully diverse game industry. Now how can two totally different game franchises, with differing just about everything, merge together to make such a good game? Oh boy, lemme tell you.

The two worlds are perfectly blended together. The mixture of assets and reskinning is spot on; all of the right elements from both series are tied into the game, feeling like a true crossover yet wholly it's own game. Mechanically, the game is more of a Mario game with all the running and jumping, but when you play the game you feel like an assassin. This conjunction of ideas is very well pieced together, effectively creating a great 2D Assassin's Creed game.

Plumber's Creed is a 2D platformer - much in the style of Super Mario World - but what makes it feel like an Assassin's Creed game is the rest of the gameplay. Your whole goal is to hit all three blocks with the Abstergo symbol on it, and then make your way to the flag at the end. It's a simple task by itself, but with all the enemies in your way it becomes quite a fun one. 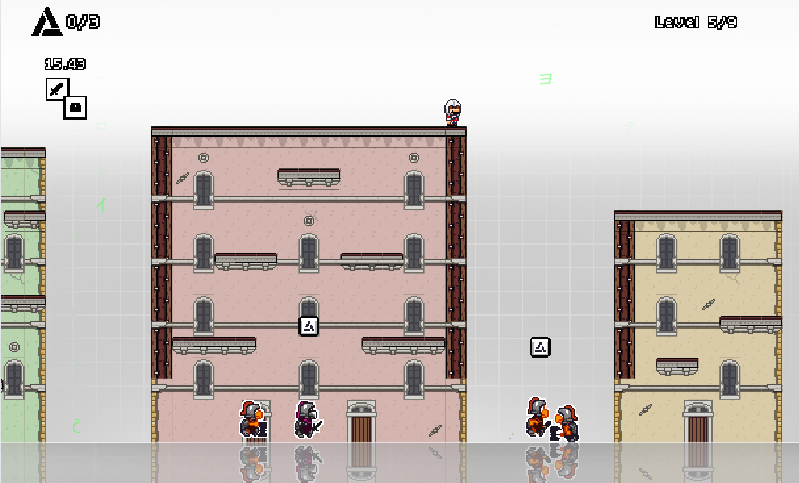 You can take out the Koopa enemies in three ways: jumping on them, hitting them with a throwing knife, or getting them to run into a mine (not something I remember in Assassin's Creed, but oh well, it's fun). The knife and mine require a cool down before they can be used again, but the jump can be used infinitely and repeatedly. It's the unique balance of when to use each option that requires you to take in the level's layout and each option's usability. The cool down is well balanced and not at all a pain to deal with, and jumping is surprisingly useful against enemies despite not at all being the best way of dealing with them.

The enemies come in a relatively diverse variety. There are Koopas that try to jump on you, Koopas that charge at you with a hammer, Koopas that shoot arrows at you, and a Dry Bones various of each. The variety of enemies not only keeps you on your toes but also keeps you thinking, working quite smoothly in conjunction with the variety of your arsenal.

There's only about nine levels, but their design is solid. Lots of wall jumping, dropping mines from above, hiding in and throwing knives from haystacks, and stuff like that. Enemies are dispersed throughout the level, both in the horizontal and vertical sense. Enemies on the roofs and ground gets you thinking about how you could traverse the level with the least resistance. The blocks with Abstergo symbols are also placed in good spots, usually requiring you to take out a few enemies to survive just getting to it. 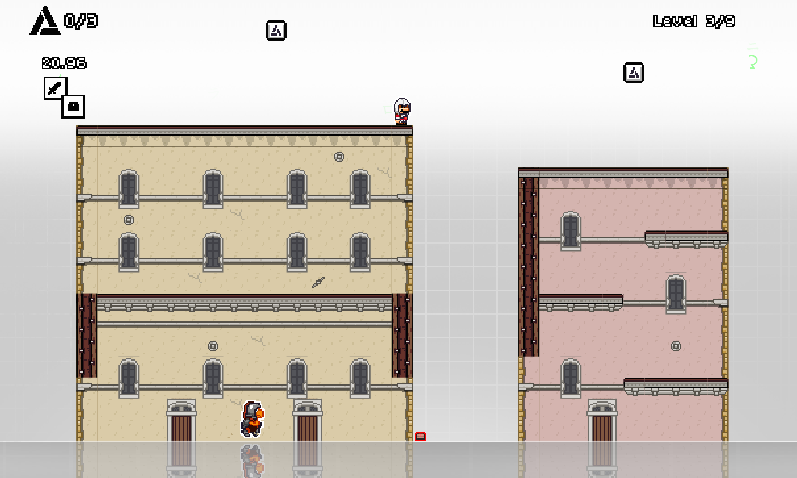 The aesthetics are the stunning polish that makes this game so much fun. Visually, this game's pixel art is akin to Super Mario World, but the Assassin's Creed aesthetic it went for wrapped the two series' visuals in a surprisingly clean manner. It looks simplistic due to the grey and white background, but stuff like buildings, enemies, and even Mario have plenty of detail. Oh, and the animations? Fluid, and perfectly paired with the quick pacing. Heck, the way Mario runs is just bouncy and fun to look at. Visually, this game is downright lovely.

Audio design is also remarkably good. The Mario-esque sound bits for jumping, throwing knives, dropping mines, or enemies really doing just about anything accents the action of the game while the background music layers an almost relaxing energy throughout the experience as a whole. It's that quality sound design that helps the aesthetics wrap the whole experience together. 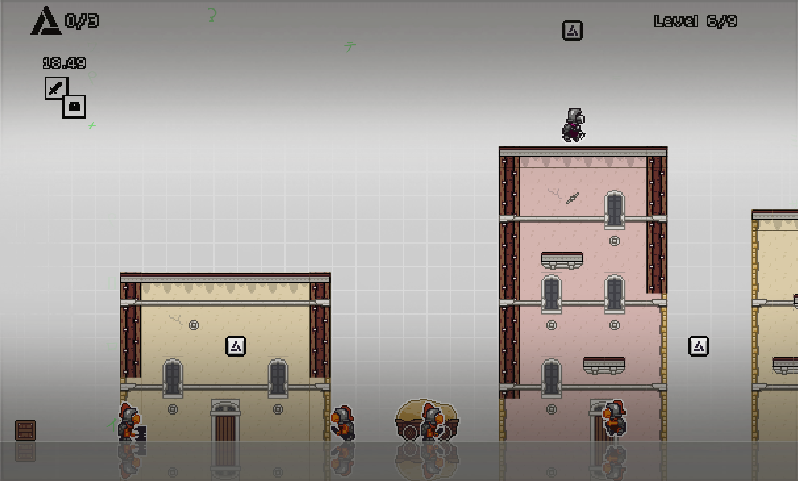 Plumber's Creed is a great game, a crossover down right, and a small but damn shiny flash game gem. It was short, but enjoyable for every second I spent on it. The way it merges the two respective franchises is, honestly, plain impressive. All the right things are brought from all the right games, making probably the best 2D Assassin's Creed game yet. For a few guys and three days, this is more than great. Now all they need to do is release a few levels packs and I'll have myself a few more reviews to write!