Don't like reading? Check out the video review below!

Released originally for Windows PC in 1999, later in the year for PlayStation and in mid 2000 for the SEGA Dreamcast. Which is what this review will be primarily based on and later on in that same year for the Game Boy Color. Developed once again by DMA Design and published by the newly created publishing house from Dan and Sam Houser-- Rockstar Games and distributed by Take-Two Interactive.

The game is set in the retro futuristic year of 2013 in the city only known as “Anywhere USA”... At least according to the journal entries found on the website. The city itself is split up into three open world areas, Downtown, Residential, and Industrial, each with their own distinct gangs ranging from the Yakuza, to crazy rednecks, scientists, and plenty more including the Zaibatsu corporation who are in every area of the city.

Every time you complete a mission for a gang your rewarded with money and a score multiplier, as well as respect for that gang. Each area has three gangs with three different respect bars depending on who you work for or randomly kill, each bar will raise or go down, which in turn will cause gangs that disrespect you to shoot at you on sight, while gangs that respect you will offer you more missions to do.

I found the quickest way to increase the multiplier and in turn make more money, was to zig-zag between the gangs and their respect levels. Once you've reached a million dollars, you can proceed to the next area or you can still stick around to complete more missions around the area or find hidden tokens to unlock different bonus areas. 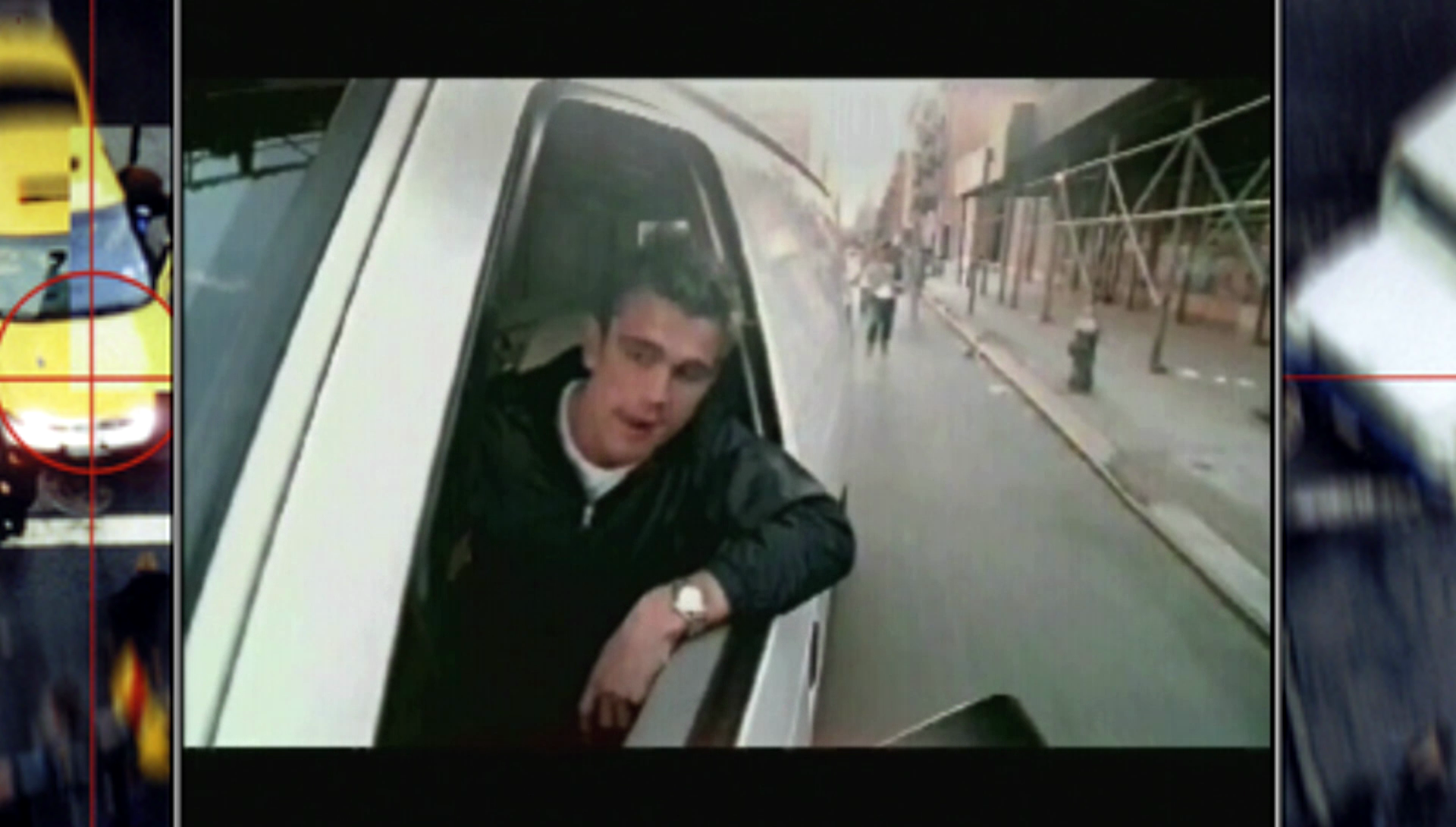 One little fun fact, the opening live action cutscene was actually pieced together from an eight minute short film known as “GTA 2: The Movie” which features the antics of “Claude Speed” presumably the game's playable protagonist...

GTA 2 for the most part improves upon a great deal of things from the first game, the controls in general are a great example of this. The addition of the analog stick makes driving much more easier, but notably the cars move slower in GTA 2 as well, which makes controlling the vehicles with an isometric camera angle much easier.

Speaking of the camera, this too has also been greatly improved, gone is the constant bobbing in and out when moving at high speeds that I had issues with in GTA 1, now it seems to just only very slightly pan out now instead when in a vehicle, which once again makes driving so much better.

GTA 2 is also much more forgiving than GTA 1, thanks in part to the heart system at the top right of the screen. Gone are the days of instantly dying from a single bullet unless you had body armor, but be warned the police can still bust you within seconds of being close to you. GTA 2 also has a save system as well, for only a small price of $50,000-- which after some multipliers and doing jobs isn't too big of a issue you'll be able to save your game at the church in the center of each area, allowing you to quit out and reload your game if you so happen to fail a mission. Once again, making GTA 2 a much more forgiving experience than the original game.

On the topic of the missions however, I also really enjoyed the “respect” system, it genuinely makes replaying the game more interesting as you can experiment and work with different gangs through out each play through while also making the open world seem more tangible. 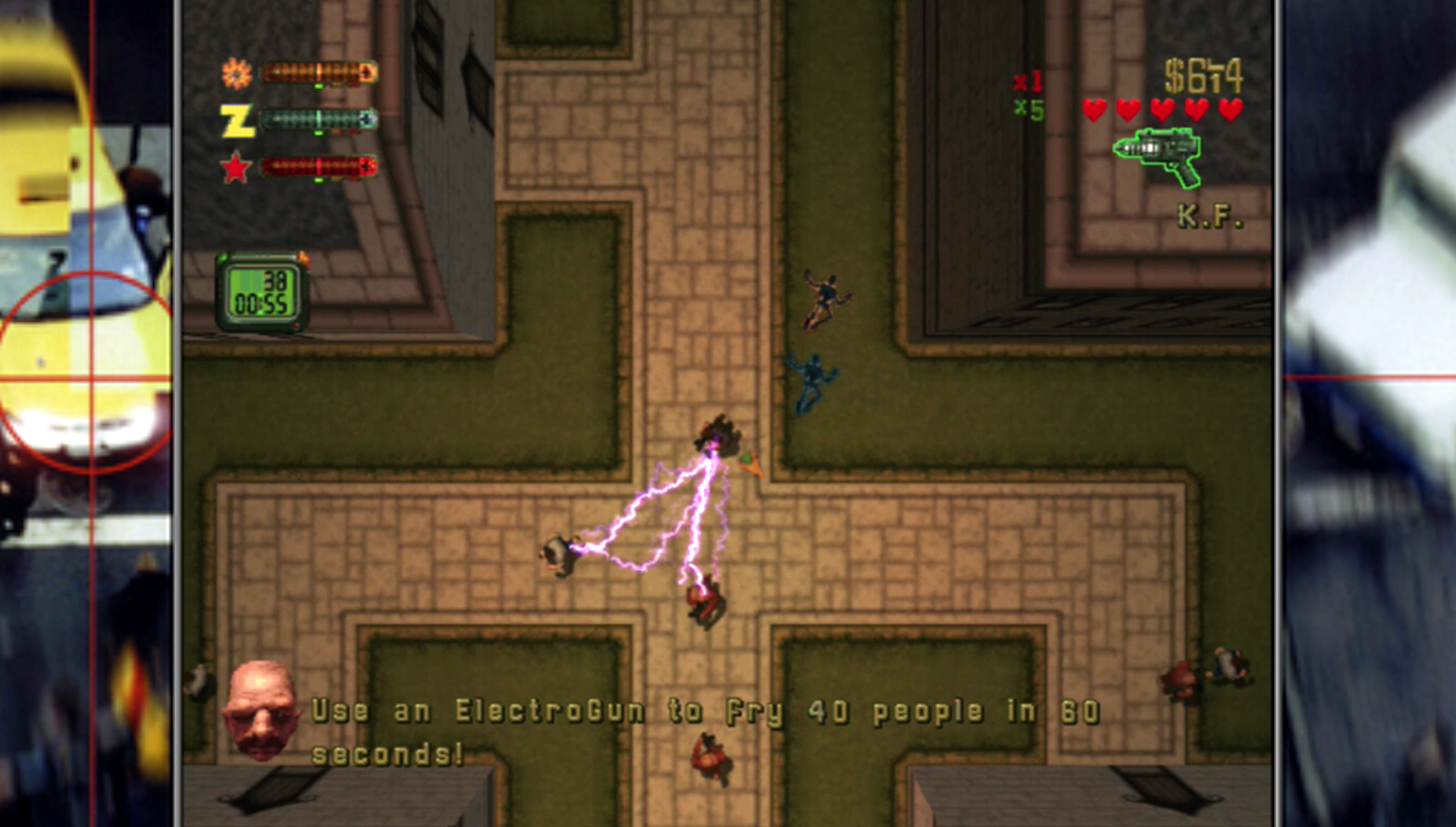 With that said, GTA 2 is still plenty of fun to mindlessly goof around in and cause absolute mayhem in. Then on top of that, throw in some cheat codes to the mix and spawn Elvis pedestrians everywhere and you're in for a good time.

But now let's discuss what's not a good time with...

Now despite my praise for the driving controls being improved, I honestly still can't say the same for the over all control scheme, it's still pretty awful. In the Dreamcast version you hold down the A button to move and adjust your direction with the analog stick, very similar to that of the PlayStation version. But sadly on foot controls because of this are still extremely awkward, the same goes for shooting, once you again you may as well just always use the machine gun and spray and pray.

Sadly, as cool as the concept of an open world game was in the late 90s with driving at high speeds, however combine this with a isometric camera angle and it turns into a high speed crash and burn... I still had so many moments where I completely smacked into something, simply because I couldn't see it coming due to the awful camera perspective.

Especially when trying to follow this little pink objective arrows, once again GTA 2 has no in-game map system, instead every mission location or objective is shown to you through these arrows on the screen.

Thankfully there aren't any pesky broken bridges or another island all together to screw you over this time like in GTA 1, but none the less these arrow markers at times were the bane of my existence and lead to much frustration.

GTA 2 for the most part is a pretty competent sequel that improves upon some things, but I feel like not quiet enough for it to be considered a truly great game or even a really good sequel for that matter. But aside from that, it still did some really cool things like the gang respect system and futuristic setting and for the most part it is a bit more playable and friendly to new comers who may want to take a look at the series roots.

You can also check out my video review for GTA 1 on PlayStation here as well if interested!