Hello, friends. Alphadeus with another album to share (for free!). This one is called "Trigger", and is the first album in a series I'm probably going to call the Stranger Collection. The other two albums written so far are "A Well-known Stranger" and "The Divide".

The albums were written to tell a story. Not a very good story. A lot of details left out, but it's all about the music honestly. 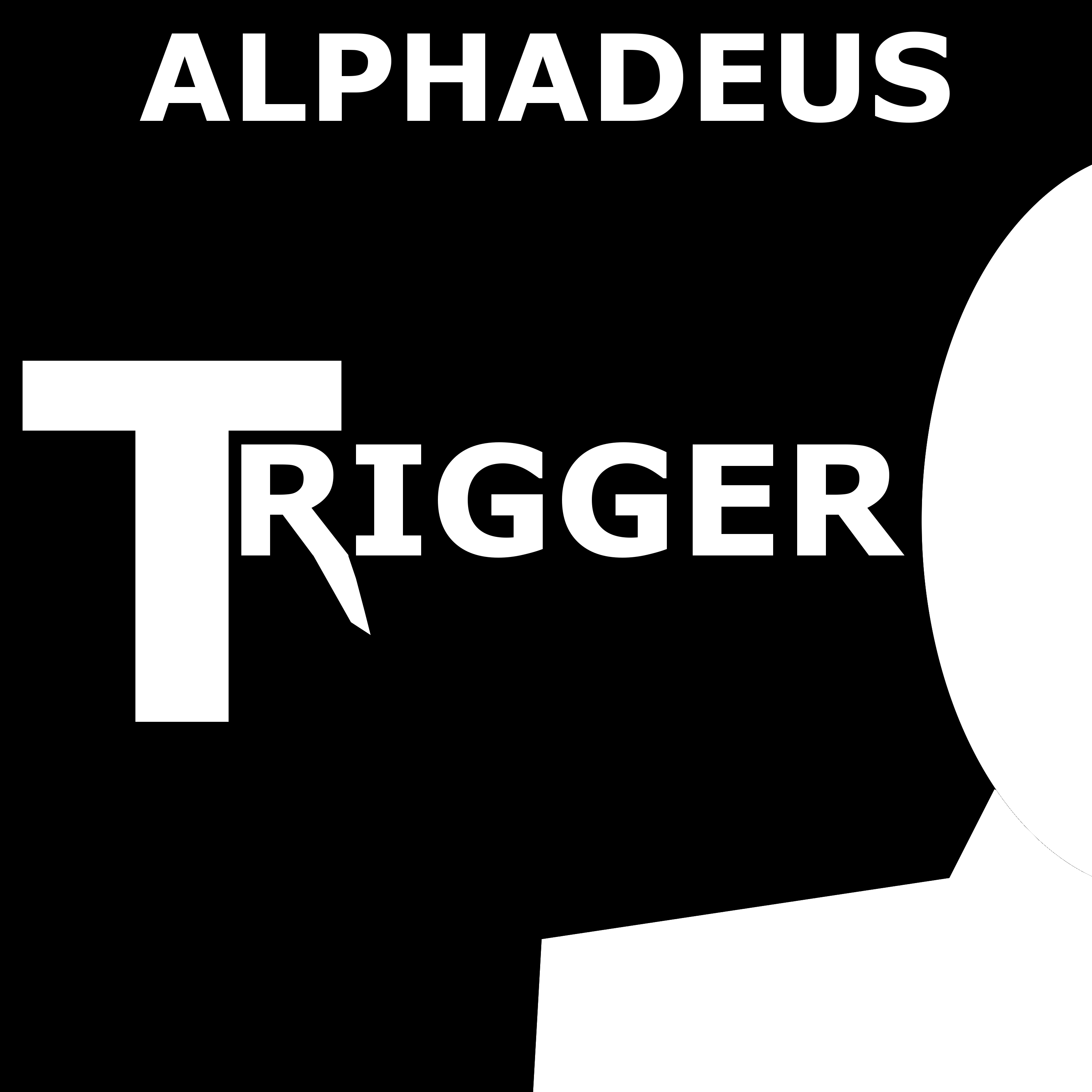 MURDER ON 13TH STREET - The story begins with a series of murders that take place on 13th street. According to the witnesses, a cop seems to go insane and starts shooting people in the area. He then kills himself with his last bullet.

DETECTIVE GRAYSON - Detective Grayson, the main character of the series, arrives on the scene to help investigate. This song is actually a version of "A Well-known Stranger", a song I wrote a long time ago.

SCENE OF THE CRIME - Grayson helps the police look for clues as to what actually happened, by checking the scene of the crime, and the surveillance video.

THE MYSTERIOUS MAN - Before the cop starts shooting people, they see on the video, a man, whisper something into the cop's ear, and walk away. He manages to get away without being shot. After a short while, they are able to identify the man in the video.

SEARCH FOR THE SUSPECT - Grayson drives around the immediate area, looking for the man in the video. He occasionally steps out of the car to question individuals on the street, gathering information to locate the man. Ultimately, he finds the man just as he is getting into a vehicle.

IN PURSUIT - A Chase between Grayson and the man takes place. The suspect leads Grayson to a warehouse, which he manages to get into and hide.

THE ABANDONED WAREHOUSE - Grayson searches the dark warehouse for the suspect. He eventually finds the man in the back of the warehouse.

INTERROGATION - Grayson pulls out his gun, and asks the man questions about the crime. The man vaguely answers them, but eventually reveals something about himself. Several years ago, he was in a car accident that almost killed him. When he woke up in a hospital, he saw his wife.

He noticed right away, that he had the ability to read her mind, and learned everything about her in an instant. He was able to determine she was having an affair with another man. This upset the man, which led to the discovery of another ability, the ability to control people with "words". He said something to his wife, that caused her to go home, and hang herself.

The man determined that ultimately, humanity was a dark creature, and people should suffer for their sins.

TRIGGER - Before Grayson could react, the man spoke to him, and said something, that while he couldn't understand, drilled into his mind immediately. He saw images of his own family, that drove him to madness. He left the warehouse, went home, and killed his wife and child. He then snapped out of the trance, just as the suspect planned.

NOTHING LEFT - Seeing his dead family shattered Grayson's mind. The cops arrived at the scene, and arrested Grayson after he confessed to the murder. He pleads guilty, and is sent to jail.

This is pretty much the story I have for Trigger. In A Well-known Stranger, Grayson spends his entire time in prison, trying to recover from what had happened. He eventually goes mad, and tries to kill himself.

In The Divide, a scientist named Doctor Ramses saves Grayson from death, and performs experiments on him, eventually splitting him into two separate beings. One being of light, and one of darkness. He manages to defeat the mad scientist, and escape the lab.

Right now, there is a 4th part planned, called "City of Monsters", that deals with Grayson becoming a hero, and having to fight the evil monsters that escaped Ramses' laboratory. I'm not sure when the music will be written for this album.

That's all I have to share. I hope you enjoy the music, and don't find the story too tacky :P Thanks for listening.