I subscribed to Destructoid a couple days ago and this guy who claims he likes tacos and is apparently called Wes started asking me a lot of stuff. For some reason, instead of feeling harassed and calling the police, I thought I'd share with you all the story of my love for video games and of how I ended up joining this fine fellowship.

The earliest game-related memories I have date back to when I was something like 3. My family didn't have a computer at home yet, so I only played on a PC that was in my mum's store. Other than Minesweeper (which still had actual mines instead of flowers because it was still a game for real men), I used to play a lot of arcade games on MAME 32, which my cousin had installed. My favourite games were 1943: The Battle of Midway (I loved airplanes) and Shinobi, but I also played a decent variety of other games, such as Wonder Boy, Sly Spy, Toki, 1942, Silkworm. I also have a vague memory of my cousin trying to get me interested in Mortal Kombat, but I really wasn't interested in violent video games at all until (much later) I met Eternal Darkness for the Cube.

Shortly after, we got a nice PC running Windows 95 at home. Legend has it that my cousin (who, as you might have guessed, was the tech-savvy guy of the family) came, set it up and then left without explaining us anything. My dad apparently said: 'Let's try to figure out how to turn this on!' and I explained to him which button to press. This story is brought up at family dinners every time somebody mentions how good I am with computers (please note that to laymen anybody who knows the secret ritual of Alt+Tab is a sort of hacker, though: I am definitely not that good!) On this PC I used to play Space Station Simulator, Admiral: Sea Battles, Micro Machines v3 and, most of all, Pod, which was my favourite. At a certain point, through the mind-blowing magic of our 56k connection, my dad even downloaded me Macromedia Shockmachine (dang, we're doing some archaeology of forgotten games here!) 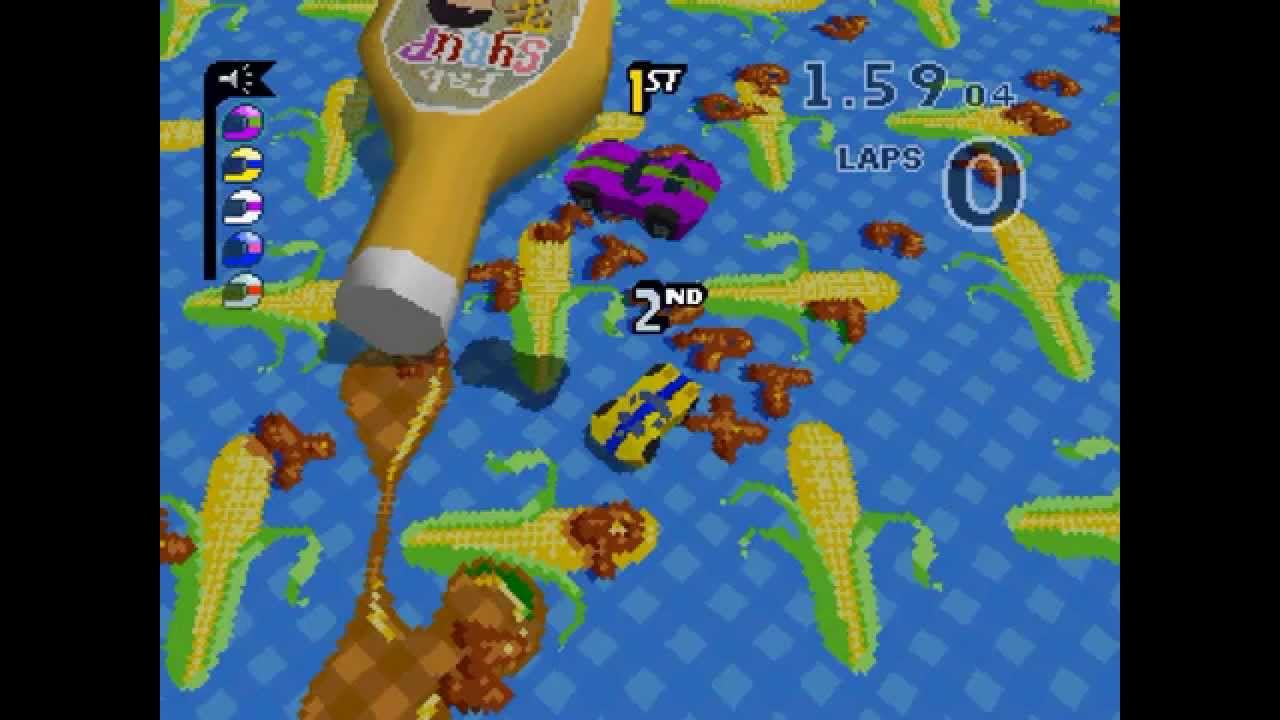 It was through Shockmachine that sometime around 1999-2000 (or even earlier) I found out about Pokémon. Although the games were already out, the craze still hadn't exploded, and I was amazed by the descriptions of the characters my dad used to translate from English for me. Sometime later, I finally directly met those characters I dreamt about in the TV series, which first aired in Italy on January 2000 (thank you Wikipedia). Meeting Pokémon was a fundamental moment of my childhood, they became my favourite series of cartoons and videogames and stayed so even when later Yu-Gi-Oh!, Beyblade and eventually wrestling replaced Pokémon in my friends' hearts.

Now, I mentioned games. As you know, Pokémon games were only on Game Boy. But not only did I not have a Game Boy, I actually sort of despised it as much as I despised all consoles (that's right, I was 5 and I already clearly felt the blood of the Master Race running in my veins). The solution to this problem once again came from my cousin, and involved a slightly illegal thingy. This thing allowed me to play Pokémon Red, Blue, Yellow and the awfully fan-translated Green on my PC. You can imagine the surprise I caused in my little peasant schoolmates when I told them that I could play the mysterious japanese game Pokémon Green - Which was only amplified when a few years later I started playing G/S (then Crystal, then R/S) months in advance and even found out many hack ROMs. "Got Yellow? Cute. I have the MOTHERFUCKING TEAM ROCKET ADVENTURE." From this point on, my gaming consisted mostly of emulated Pokémon games, to which I accompanied a few PC games (mainly every year's Flight Simulator and Fifa, along with Need For Speed Underground) the same way a side dish accompanies a main course. Here's a pic of me at 5.

FUN FACT: Usually, when I tell people that the reason why my English is so fluent is because I'm used to reading it since I was a child because of Pokémon games, they don't believe me. But that's definitely the truth.

Unfortunately, my straight-edge PC-only philosophy had to fall under the beauty of the screenshots of Pokémon Colosseum that a couple magazines brought to my attention. So, sometime around 2003 a nice GameCube found its way into my house. Contemporarily, my PC was growing too old to play current games, and anyway I filled the HDD with so much shit that everything ran soooooo slow.

If finding out about Pokémon is the first turning point in my experience as a gamer, the second one was my second GameCube game, namely Mario Kart: Double Dash - or rather, the little extra it had: The Legend of Zelda: Collector's Edition. Through the huge world of the first game, the action of Zelda II, the epic tones of Ocarina of Time, the subtle drearyness of Majora's Mask and the lively colours of the Wind Waker demo, the legendary adventures of a green-clad hero took the keys of my heart, relegating Pokémon to a honourable 2nd place in my ideal ranking.

In the years between the end of elementary school and middle school the Cube became my main platform, which many of my dearest childhood/adulescence memories are tied to: Melee, Waverace, Prince of Persia: TSoT, Starfox Adventures, SoulCalibur II, Metroid Prime, NFSU 2 were all among my preferred games, but Wind Waker obviously sat on the throne. 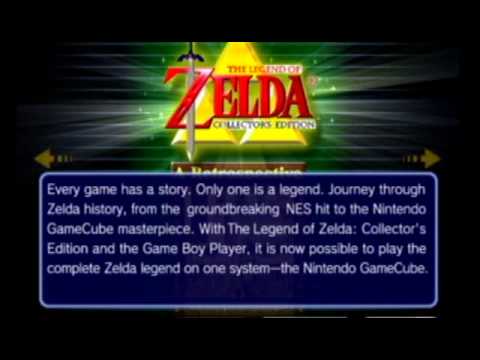 Unfortunately, these were also the years I started regularly visiting the Nintendo forums, and this made me a Nintendo fanboy beyond the limits of reason. I was the kind of kid that literally hated every single non-Nintendo platform and had to scream this on every single forum he found. I am actually amazed that Tiscali Gamesurf (a relatively popular Italian gaming forum back then) never banned the fuck outta me. Thankfully, my hate for non-Nintendo things did not apply to PC games, so that I still got to play stuff like Call of Duty 2 and Mafia.

I subsequently grabbed a DS Lite (my first handheld!) a few days after its release and a couple years later I got caught in the day one Wii shortage, not being able to buy one before the following January.

Around 2009, back when I was still a goth edgelord in a trenchcoat, partly because Nintendo started screwing things up really hard and partly because I was growing up, my Nintendo purism started weakening. I got a new PC and it quickly became my main platform. Sure, I still loved Nintendo, I got each Zelda that came out and many other games for my Ninty platforms, but the wide array of classic and modern games my PC allowed me to play (including but not limited to: Dead Space, Bioshock, the first Deus Ex, Far Cry, The Witcher) clearly showed me that you can innovate also without having to implement weird gimmicks.

Let's call this my gaming maturity: Ouya (yup), 3DS, PS3 and Wii U were added to my platform collection throughout the years, because, as it soon dawned to me, gaming is about games, not brands and not even platforms.

As far as the future is concerned... I will definitely upgrade my PC this year. I'll probably also get a PS4 sometime, probably at the end of the gen (there are a few games I'm interested in, but they can wait). The Switch... I don't know. I'm quite skeptic. It's not very powerful, its controller is weird, its battery dries fast - Oh, who am I trying to fool? I would even buy a pile of dry shit as long as it allows me to play Nintendo games. I will definitely end up getting one in the next years. 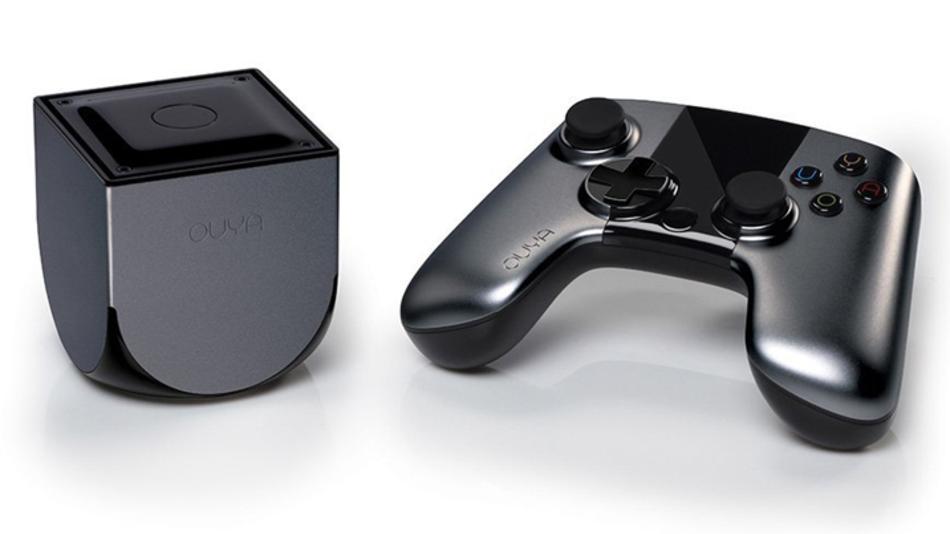 ...Wow, that's amazing. I had never tried to give a complete account of my life as a gamer, and stuff like Admiral had totally disappeared from my memory until now.

Now, about me and Dtoid:

I became a regular Destructoid reader sometime around 2009, being attracted by its straightforwardness and (at least apparent) lack of bias, whereas a couple rival sites always made me suspect there was either some dirty deal like 'I give you a review copy earlier, you give it a 9' or simple fear of triggering some popular series' fanbase. Destructoid apparently didn't give a shit about this. While I have enjoyed the comment sections (and Dreamweaver's amazing Comments of The Week) for years, I never thought of actually subscribing. But some time ago, I started thinking that even though video games have been around for something like 60 years, there still is no actual criticism. Sure, there are reviews, and some of them - like the ones you find here! - are great, but there are no systematic studies on the way they tell stories, create atmospheres, convey messages. I thought that with my literary preparation I could do something that moved closer to that - not actual academic studies, of course, but articles that propose a somewhat 'scientific' approach to the matter. And when I thought of where blogs like that could be at home, nothing felt more appropriate than that weird site where contributions range from reflections on the depiction of morals in games to whether a statue has a dick or not. I will soon write an introductory article to the series of blogs I am planning to explain what approach I want to take, what I want to analyse and how you guys can help me.

(Fun fact: we actually don't use cars in Italy, only warp pipes)

I like some things. Other things, not so much.