Ray shares his opinions about video games: a list

Hey Dtoid, remember when I had the Friday shift for Cblog Recaps? That was fun, wasn’t it? During my stint, I grew to love spending an hour or two on Saturday afternoons compiling the community’s content into a neat little post. It was a great way to stay in the loop as well as a much-appreciated soapbox for me to shout from on a weekly basis.

As you might know, I’ve been doing more work on the Front Page side of things. I haven’t produced as much #content as I’d like since joining the staff – due to a mad dash towards a writing degree that I took two years too long to earn. I’m all done now, so I think it’s safe to say you’ll be seeing my work a lot more often. The creativity-stunting cobwebs of academic writing are fading; my mind’s no longer as foggy. I have stories I want to share with you all.

But for today, I figured I’d write a blog. Just like the good old days and whatnot.

There’s an image circulating Games Twitter world that’s essentially a list of video game-related topics. It’s one of those “one like, one post” deals. I woke up yesterday with a weird kind of self-confidence, so I figured I’d post the image and hope that people cared about my stupid opinions enough to smash that motherfucking like button.

Riobux, however, suggested that I blog about it instead. He’s a smart dude, and I haven’t posted a Cblog in forever, so here we are. The image in question has like thirty or so “topics.” I won’t bother to waste your time with all of them, but I figured I'd use this space to sound off on a few that I have particularly strong opinions on. Consider this your insight into the world of Ray.

Look, I don’t remember what the first game I ever played was. I don’t have some significant memory of playing Super Mario and falling in love with the idea of pixelated plumbers.

I remember that we had a NES at one point. It was our neighbor’s, who gave it to my family when he went away to college. I was five or six – only a short time before I moved to PA in 1997 – and I’d be lying if I said that I spent a ton of time messing around with different game carts. 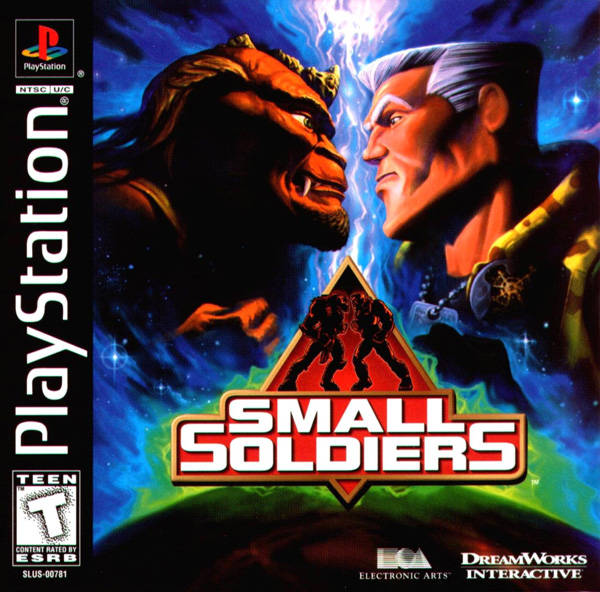 So instead of my first video game, I’ll share the first one I remember actually buying: Small Soldiers for the PlayStation. That game sucks. To this day, I get angry when I think back on my brother’s insistence that we buy it as our first game for the sleek wonder box that was the PS1. Small Soldiers might be a dope movie, but it’s a terrible fucking video game.

3 – A Game that is Underrated

Deadly Premonition is the quintessential underrated game as far as I’m concerned. Sure, it gets mentioned every once in a while. We talk about it for being campy and kooky and absurd, but it’s more than that. 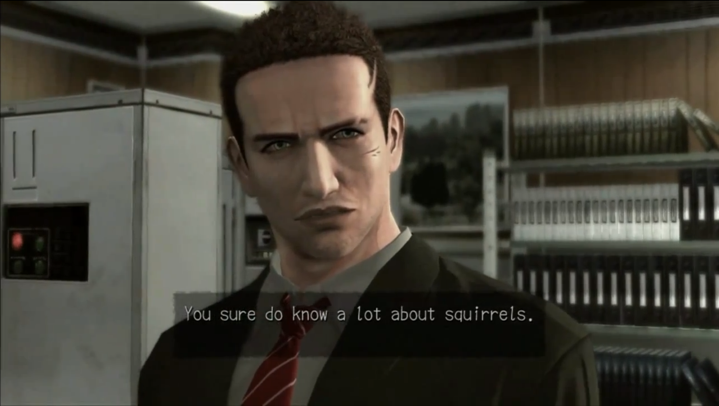 Amid the clunky controls and stilted dialogue is a game that lampoons Americana. Swery’s take on small town drama through the lens of Twin Peaks is often as heartfelt as it is hilarious. Almost every element of the game seems as though it was designed to be slightly off kilter. Deadly Premonition is something so quirky that you can't help but love it if you just give it a fighting chance.

I don’t have a guilty pleasure game, but I play The Sims whenever I’m having an off day. I like to make rappers and put them in a single house together.

Even when I’m playing the game normally – and isn’t it weird that there’s a “normal” way to play a game about being a god-like being which affects the lives of mere mortals? – gives me a sense of control like few others do. Sometimes I make a more handsome version of myself so that I can make all the right choices in a single digital lifespan. It’s dope to see some form of yourself have a couple of million dollars in the bank, especially when you’re always broke as hell.

There’s no single soundtrack that jumps out to be as the be all end all of video game music. If you asked me ten times to give a single answer, I’d probably wind up with ten different choices. So instead, I figured I’ll just mention some standout tracks from a few different games.

Gwyn’s theme from Dark Souls absolutely fucks me up. It’s dramatic and haunting in a way that feels so fitting. There’s a sense of longing and heartbreak to the piano medley that makes has allowed the song to bring a tear to my eye on more than one occasion.

Rondo of Blood’s Vampire Killer is straight fire. It pulses and urges your forward on every beat. The song, straight up, makes you ready to kill some vampires. Castlevania games have always had dope music, but this is by far the best of them all.

True story: my girlfriend works night shift at the hospital and sleeps during the day. One afternoon I felt the need to pump Vampire Killer way too loud, and she got so pissed at my antics that she told me to leave the apartment for the rest of the day. I got drunk with my friend and played Rondo all night.

Lisa has a lot of great music. Summer Love is my favorite track, though. It’s mellow and funky; just chill enough to lull you into a trance while you’re listening. I also dig how low-key the track is when compared to most of the game it comes from. Lisa’s fucking dark, this track’s hopefully wistful. It just works.

I could spend a dozen paragraphs trying to tell you what makes that game so perfect, but I’d rather you just read Nic’s piece on it.

12 – A Game Everyone Should Play

I come back to Cave Story every few months just to bask in its polish and perfection. It’s clear that love went into making it. It’s got heart and charisma, all wrapped in one charming-ass package. I recommend it to everyone who expresses an interest in learning about what makes games “special.” Cave Story is excellent.

When I was a senior in high school, I got high every day and played Super Mario World during my open period. We had a Super Nintendo in our senior lounge, so I was content just to sit there and play it over and over again. I look back on that year fondly; blitzed out of my mind and perfectly happy.

23 – Game with the best graphics or art style

Mega Man Legends has the dopest ~A~E~S~T~H~E~T~I~C~ ever. The art direction is so on point, what with its chunky polygons and matte colors. The way it all comes together just clicks with me. 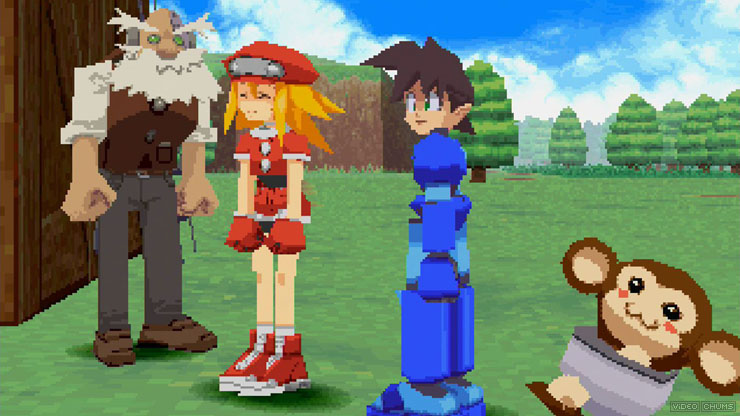 I’ve been messing around with Blender lately so that I can try to make some character models inspired by MML.

An honorable mention goes to Harvest Moon: Back to Nature. There’s something silly about the way all of its characters are just a collection of ovals and other round shapes. Looking at them up close is kind of weird, but from the pulled back perspective the game uses, it looks fantastic.

And that's pretty much it for me. Thanks for letting me run my mouth for a while. Apologies if this blog is a bit scatterbrained, I've got that Saturday sickness where I can't seem to focus.