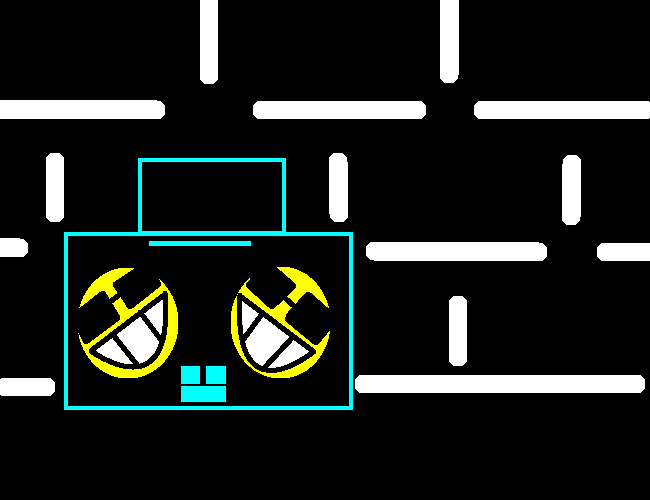 Yo yo yo, boys and girls! Life is crazy, spontaneous, and sporadic as all hell will allow, and just as such I'm pretty sporadic as for when I wanna write. It's usually never now days, with a severe lack of energy and an intimidating amount of schooling. But regardless, I still love myself some VGM, and will sure as hell try my darnest to write about it when I can. This is a rather weird one, as two of the songs I couldn't find links to YouTube for; still, I hope you find them plenty enjoyable!

Snow Cave - Blasting Agent
https://axolstudio.bandcamp.com/track/snow-cave
Oh, glorious chiptune, how I love you so. There are a few layers of beautiful chip, yet there's a noticeable lack of stuff going on leads to that clever emulation of a cave. It has a mix of cacophonous sound bits and a main melody loop that sounds almost spacey, which I like. It's a slow piece overall, never really picking up the pace or developing any catchy melodies. It stands on a borderline between ambient and melodic, which I think fits the level pretty well.

Literally the only music in the game - Rungeon
http://rogueskib.github.io/orcrun/
This was an interesting little find. On a whim I found this game through Twitter, and while the game fascinates me and is a legitimately fun play it's simply too short and simple to condone a full review. So I'll just review the music. The game's entire soundtrack is this very catchy and enjoyable loop, weaving a choir, a string instrument, and same bass-heavy synth among other things. It's got this constant energy, perfect for an endless runner. It's mixture of fantasy vibes and more modern synth fits so well, and the melodies are so strong and catchy. You can't help but feel like you're actually running towards a goal, as if you're on a journey or epic quest.

HO-LEE-SHIT this track is rocking! I won't even lie, it's dead in the middle of winter and I turned off my heater just so I could try and wrap my head around all that's going on. The guitar in this is powerful and passionate; all the drums, other guitars, and literally everything else support the main guitar beautifully, and perfectly add to the energy of the piece, turning it into this crazy mess of pure rocking insanity. One thing is for certain throughout all the rock and roll: this theme is more so on the serious side than the jovial one. Even during the one part where the theme quiets to little more than chimes, it sounds plain serious; that's not even mentioning the rest of the song, which is loud, fast-paced, and very well composed. Each new melody isn't entirely catchy compared to the last, but it's dang near impossible to forget a few key parts. It creates a tone of dynamic action, bravery, and heroism. Also it's just dang good.

Sticking to serious but moving away from rocking, we have this lovely little track. It's a tad repetitive at parts, but also an enjoyable mix of various, almost folk-like, instruments. The beauty of this song's repetitiveness is this: each time it repeats it's melody it adds, takes away, or just changes something to make it juuust different. enough. It's enjoyable and immersive, helping you get lost in the atmosphere it creates.

This piece is easily my favorite on this list, if you couldn't tell by me saving it for last. It's so damn good that I just paused from writing just so I could listen to a whole loop. The melody of the saxophone? Splendid. The islander style of beating drums and tribal grunts? Spot on. The cool guitar bit? Short but still rad.The synth organ that kicks in with all the claps and is epic as hell? Epic as hell. It swells and calms, almost as if it's to emulate the bubbling and impending eruption of a volcano. It likes to build and build and build until BAM! There it is! Kick-ass synth organ eruption! It's a good track for a serious atmosphere, and sounds best if you just let it swallow you whole. Like a volcano.

So while I - once again - realize just how rusty I get at these, I love all the tracks and hope you did too. I'll try to write better but hey, you came for the music, not me. Plus you gotta break off the rust before you get to the real stuff, so that's what I'm trying to do. So while I try that, you try your best to take it easy and live life with an energy and vigor beautiful and unique to only you!