Let's give some love to Demon's Souls

And to some extent, that was unavoidable. It was PS3 exclusive when all the other games in the Dark Souls series were multiplatform, and had no PC release, meaning it couldn't have its flaws fixed by mods. It also had to deal with a weird publishing situation that resulted in the servers being separated by region, so for example, players in Europe couldn't invade Japanese players.

But let's talk about Demon's Souls and give it some praise. A lot of people think of it as just the first Souls game, but in my opinion, it's also the best.

Now, that opinion isn't going to get much mileage. I don't expect to convert anybody, but maybe get one or two people who haven't played it to give it a try. Demon's Souls is both extremely similar to Dark Souls but also world's apart. Allow me to explain. 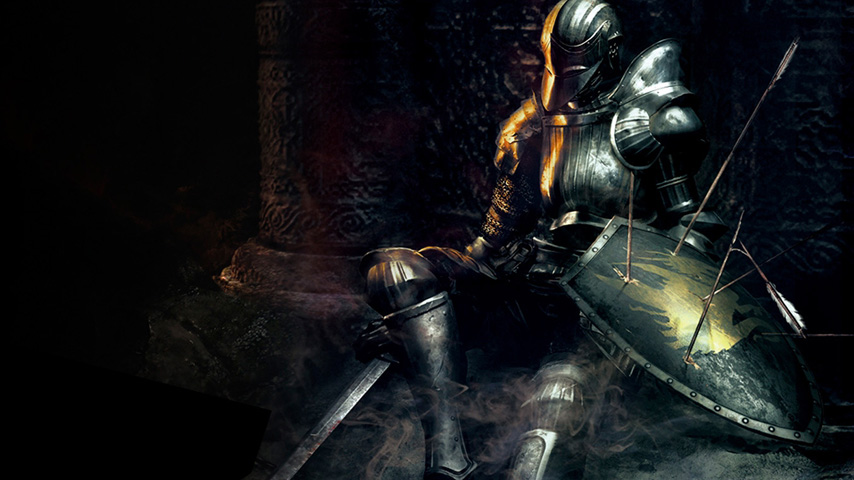 The story of Demon's Souls is pretty brief, but I'll give a short explanation. A while ago, a giant demon known as the Old One released a colourless fog and released demon's upon the world. The people of the world fought against it, utilizing the Soul Arts to capture the demon's souls and make themselves more powerful. In the end, the people of the world created the monumentals, a bunch of children who immortally served to keep the Old One asleep. But the monumentals have died, and now only one remains, and King Allant has revived the Old One and used its power in his kingdom of Boletaria. You are an adventurer who comes to the kingdom, be it to save it or to obtain the power of demon's souls.

Already, while the story and lore of Dark Souls are pretty deep, I do enjoy that they digetically implimented souls into the story. I feel like souls lacked an in-world explanation in Dark Souls, whereas in Demon's their the main focus.

So you arrive in Boletaria and, surprise, you die. You're quickly ressurected as a wandering soul, and are tasked with beating five extremely powerful demons. While the first area of the game is mandatory to play through first, you can choose to play through the other levels at your choice.

Dark Souls felt like a giant world that was interconnected, whereas Demon's feels more like you're selecting a level Megaman-style. While many would prefer Dark's method, I think the smaller levels are extremely well designed, and feature the style of level design we expect from Miyazaki. Levels loop and weave into themselves, and there's almost always shortcuts to get to the boss. Levels are also loaded with secrets and hidden NPCs. While the world may be smaller than its predecessors', I feel as though the levels are more densely packed and active.

There's also great gameplay differences between each level. Enemies are themed to each area, so enemies in the Tower of Latria have a greater focus on magic, and drop more magic replenishing items. Whereas enemies in the Stonefang Tunnel have burrowed deep into the mountain, and frequently drop ores. Grinding for certain items requires the player go to the area where those drops make the most sense.

But in regards to the gameplay, things are more of the same. There's a distinct lack of dashing attacks or dropping attacks, but other than that Demon's combat is pretty similar. The magic meter appears, which would disappear for another three games. For the first, and only time, magic is a viable path. In fact, magic is pretty powerful, and anybody having trouble with the game may wish to pick up a spell or two.

The biggest difference is the lack of Estus Flask. Instead of getting a handful of healing items that replenish, you have to find or buy grasses. There are different kinds of grasses that heal different amounts, but you can get 99 of each in your inventory. While the possibility of holding more healing items is greater, there is also the chance of running out completely. While a lot of players say this necessitates grinding, hence why they removed in in Dark Souls, and I would agree, I also think it does something interesting.

Whereas in Dark Souls you can heal away and kind of forget about it, in Demon's you need to think more carefully about whether or not to heal, since you're always in short supply. It also creates an interesting dynamic with regenerative items. There are quite a few items that regenerate health slowly, but they all take up valuable inventory slots that could be used for more efficient items. Do you use one of your last few crescent moon grasses, or do you take off your strength ring to put on the regenerator's ring? For the first and only time, your need to heal influences your armor and weapon choice.

Now, if asked which system is better, I'd say Dark Souls' Estus Flask, but I do appreciate how Demon's commodifies health, and puts greater danger in the act of healing.

But there's also the aesthetic. While Dark Souls may look good with mods on the PC now, it originally didn't look all that great. Whether it was because some areas are blatantly incomplete, or because of design decisions, Dark Souls doesn't show its age incredibly well. 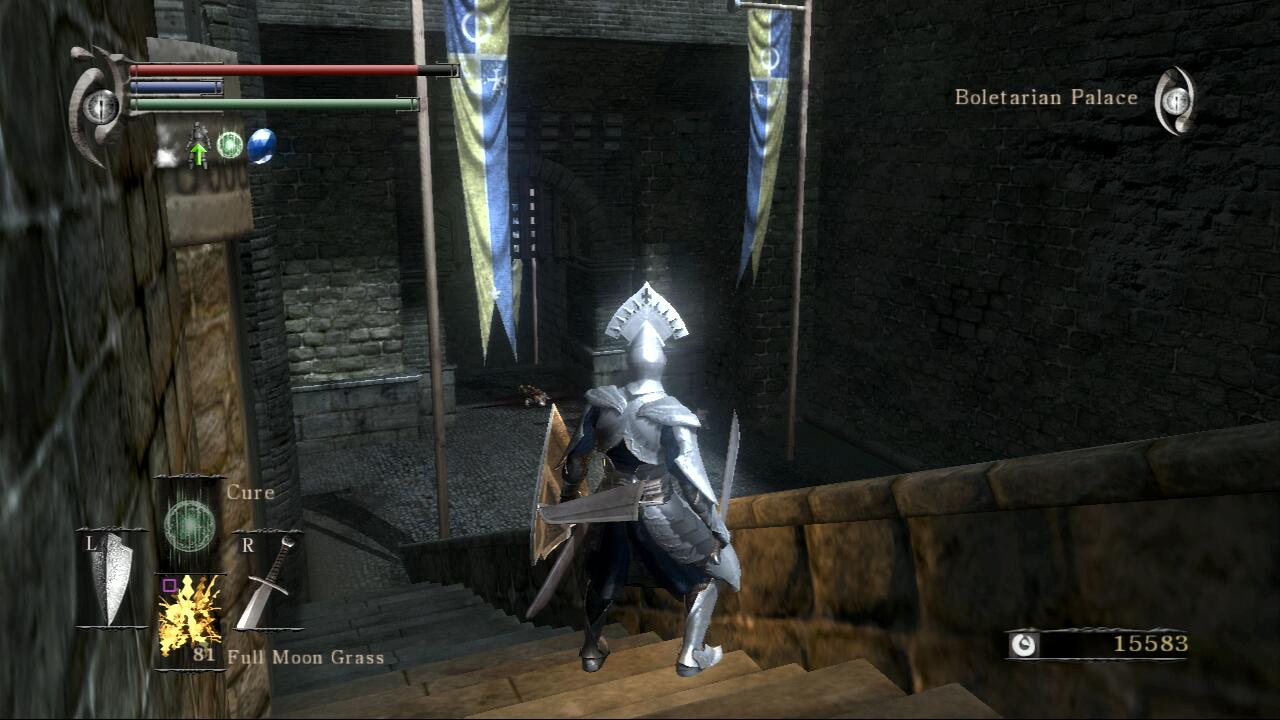 Demon's Souls, on the other hand, has aged like an oakey rum. The entire game has a yellowish bloom to it, so the atmosphere feels very mellow. Demon's Souls was released in 2009, and I feel like at that time there was an admiration for glowy lighting effects. I can't place my finger on any specific examples, but I felt like I saw more distinctive sharp and dull glows, as well as horrible-looking halo effects, in games from 2009 than any other year. It's a strange observation, but the effect fits Demon's Souls nicely.

The Valley of Defilement (that's Blighttown 1.0 for you Dark Souls boys/girls), looks absolutely disgusting. There's a dark fog, flies flitter around every surface and the whole thing looks like the devil's armpit. Once you get to the depths of the valley, and see (Spoilers, ish) the valley of undead fetuses (end spoilers), it's not a sight you can take back. Every area looks so distinctive, and the colour palette is pale and moody. Whereas Dark Souls had its pops of colour, especially early on, Demon's feels much more mellow. It feels like the world is falling apart, and you can tell just by looking at it.

But where would I be without talking about bosses. Oh boy does Demon's have bosses. 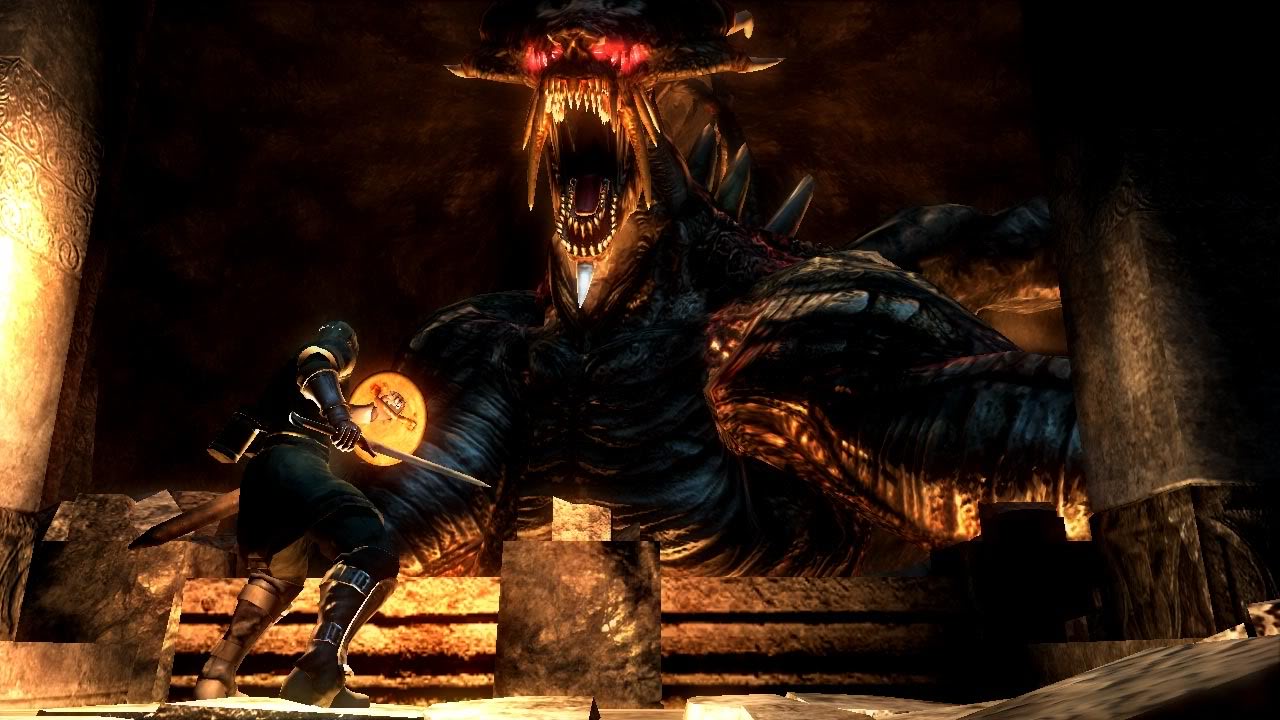 While the Souls series is known for its bosses, Demon's doesn't slouch. The first boss feels pretty typical, and any Souls fan will immediately find it familiar. But the following boss, Phalanx, defies expectations. You're set up for a fight against another huge demon, something to be feared and reckoned with. As you open the boss door a massive spear flies out. This battle is going to be intense.

But then you walk in, and the boss is basically a slimy pile of goop, surrounded by little mini-Phalanxes. Dealing with the micro-bosses is the entire battle. It sounds disappointing, but it isn't, because it's still challenging. The enemies just don't stop coming, and when you finally beat all the ads, Phalanx just slithers about. It has no attacks, it can't defend itself and it's completely vulnerable. For the first time, you find that you're the one in control.

And then you kill him and regain your human form. You see the message telling you that you've obtained a powerful demon's soul, and have reawakened. From that point on you can go in any direction at the level hub and go to any area. While it may not be as interconnected as other Souls games, the world is now your buffet, and it's yours to dig into.

Demon's Souls has quite a few gimmicky bosses too, and I mean that to be a good thing. They manipulate you, both emotionally and physically. They make you feel extremely powerful and make you question yourself. While the later fights of the game do lack a high degree of challenge, there are a few that easily make up for that. Whereas Dark Souls met your expectations for most bosses (I'm going to kill a dragon, I see the dragon, and I fight the dragon), Demon's is far more subversive. One particular battle reframed much of the game's story, and felt like a deep-cutting twist.

As I wrote this, I found it was hard to exactly phrase why Demon's Souls has something special about it, and why I feel it does certain things better than its sequels. So I'll put it this way:

Demon's Souls is a smaller game than Dark Souls. It's got a smaller world, one that is more disconnected, and feels like it has a smaller budget. But the world is better created, and it feels like more time was spent making each area feel distinct and powerful. Imagine if almost every level in Demon's Souls was the Painted World of Ariamis. That's Demon's Souls.

And while Dark Souls may have been more ambitious, I feel like on a technical and artistic level, Miyazaki and his team were unable to complete their original vision. Demon's Souls, while still having some signs that it was rushed, feels far more complete. It feels like a clearer vision of the game Miyazaki always wanted to make.