It's that time of year. Time to reminisce about that past year and our favorite gaming memories. Some say 2016 was a pretty crummy year for games with the likes of No Man's Sky and Mighty No. 9 being two of the most common examples, but as with everything, there have been some great stand out titles as well.

Like many, a number of new titles I get to play decrease by the year, but there have still been enough to make me consider them fun and worthy of my time in 2016. In no way a definitive list, this is my personal take on the 10 best games of 2016. As always, I didn't play every release that came out in 2016 so there's bound to be some I missed. 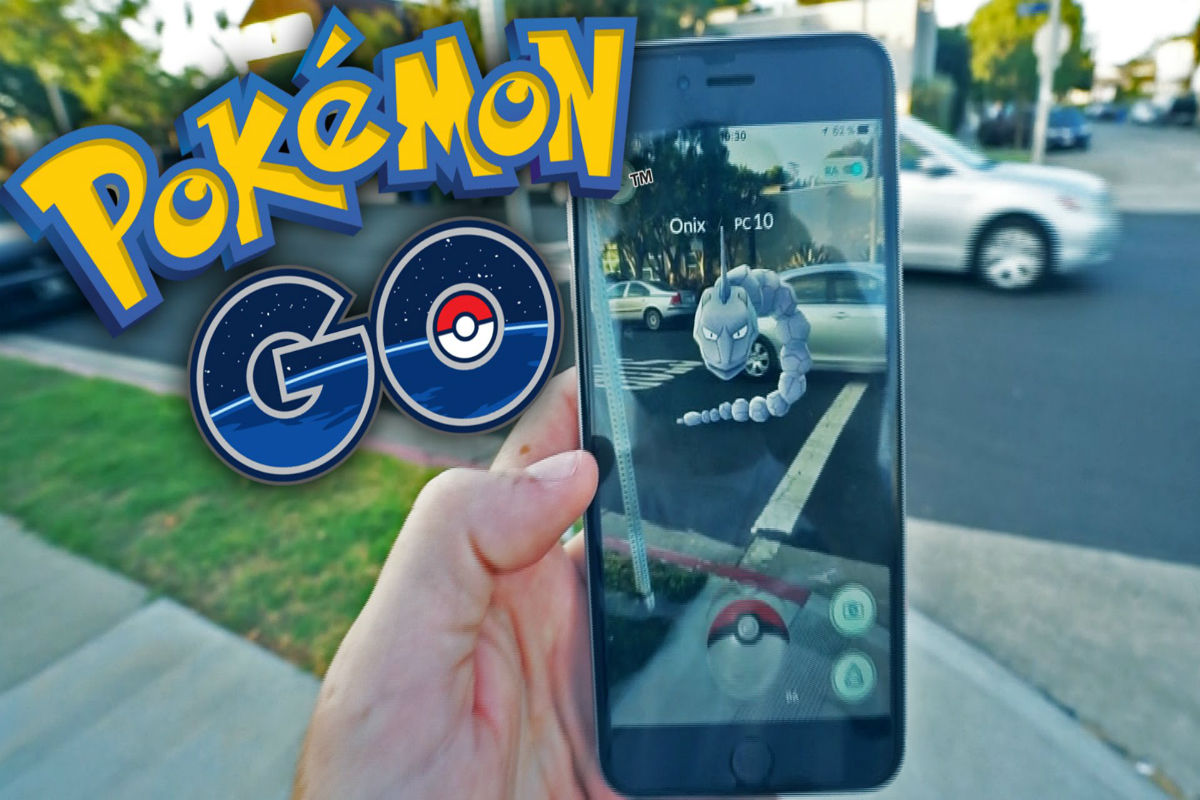 I know many consider it a fad and the game itself still has plenty of issues that need to be ironed out, but man if this wasn't one of the most interesting times I had to play a game with other's I would be lying. The fact that I was able to interact with an entire community of people going on a real life Poke hunt was incredible, and something that I dreamed about as a young Pokemon fan but now have as a reality. Granted the amount of time I put into the game has dropped, but in my time playing games, there has never been a game that has merged reality and gaming into one. Will I be singing the praises of Pokemon Go's gameplay years later? Probably not, but will I still be remembering the social phenomenon that the game created that for a period of time, had my entire city becoming Pokemon trainers? You bet. 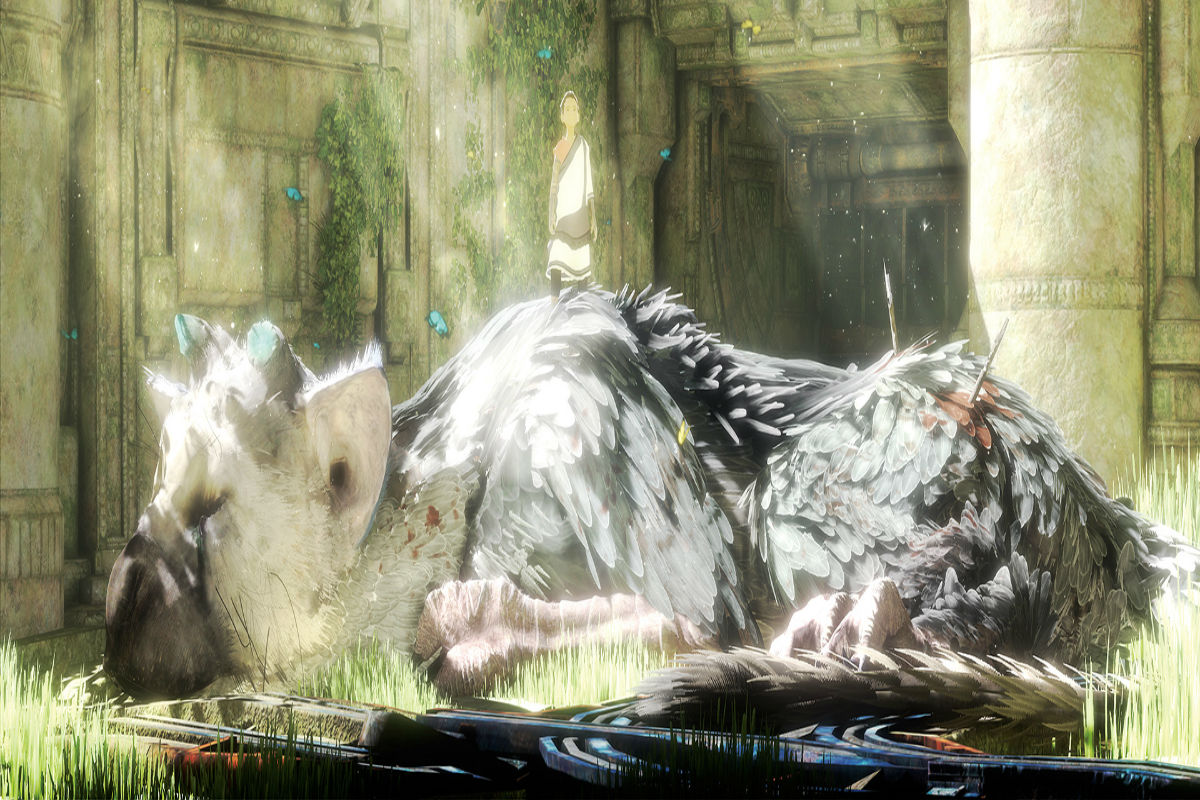 Take away my hardcore gaming card and burn me at the stake in front of the Digital Foundry crew, but the technical and framerate issues never really hampered my enjoyment of playing the Last Guardian, like previous titles in the series ICO and Shadow of the Colossus, LG presented a beautiful world to explore with gameplay that emphasized a unique and fun way to solve puzzles. Did it live up the massive hype it presented? No, but games of this nature rarely do. It did, however, present a fun and beautiful game to gawk at, even on my 4k-less PS4. I'm sure I'll be revisiting this one and maybe in time, even listing up there with Team ICO's other seminal titles. 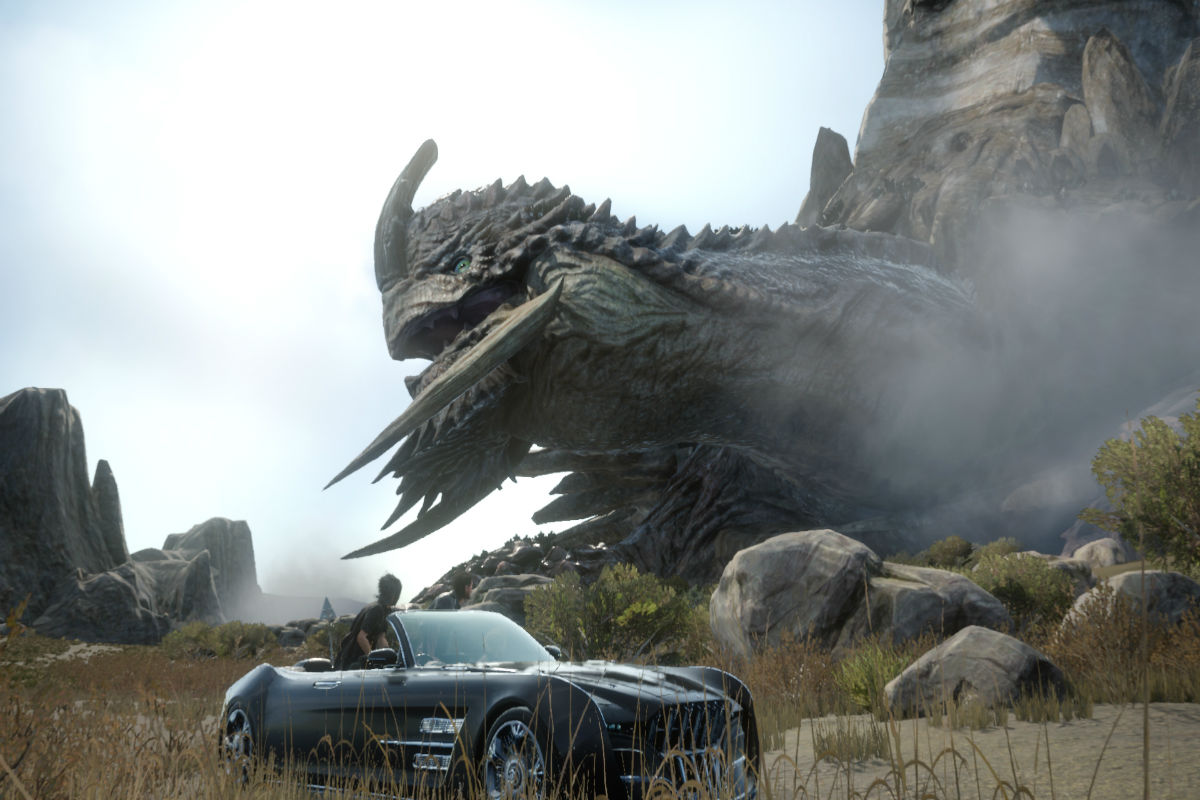 Speaking of long waits, this was another game long overdue in the pipeline that caught my attention and did something that I thought could never happen, get me interested in RPGs again. From the massive, beautiful world that mixes modern and fantasy aesthetics to the likable characters to the energetic gameplay that had me more invested and engaged than ever before. I recognize it's not the best FF ever, but it's by far one of the best RPG's I have played in my short resume of RPGs and one that has allowed me to become immersed in the world and lore (including the anime and CG film). I'm hungry for more and will surely put in more hours. The perfect RPG for non-RPG fans, it's something that I will remember fondly that sparked my imagination that few games can do. 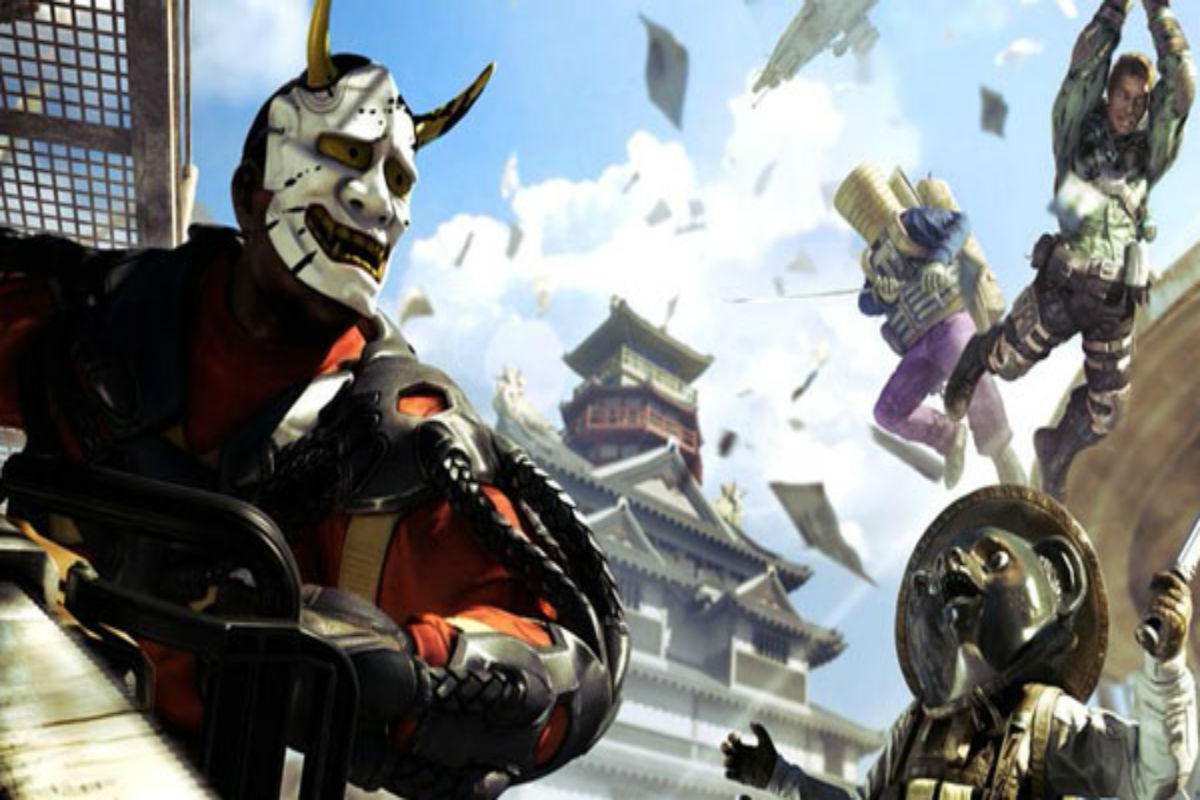 Ok, hear me out before I get crucified for this. Devil's Third is in no way, a masterpiece. In no way would I ever consider the best third person shooter/hack and slash game ever. However, if we're looking at pure fun, pure, stupid, Michael Bay-ass fun, this was the game that delivered. Whether it was the ridiculous plot, the fun mix of shooting and slashing, the entertaining multiplayer mode (which is now dead *sadface*), Devil's Third was the equivalent of a Saturday afternoon forgotten action flick from the 80's. Keep in mind I'm the same type of person who enjoyed Duke Nukem Forever in a so-bad-it's-good type of way. Maybe I'm what's wrong with the game industry, but if it keeps producing games that speak to my inner stupid 8-year-old self, I can't say that I would mind. 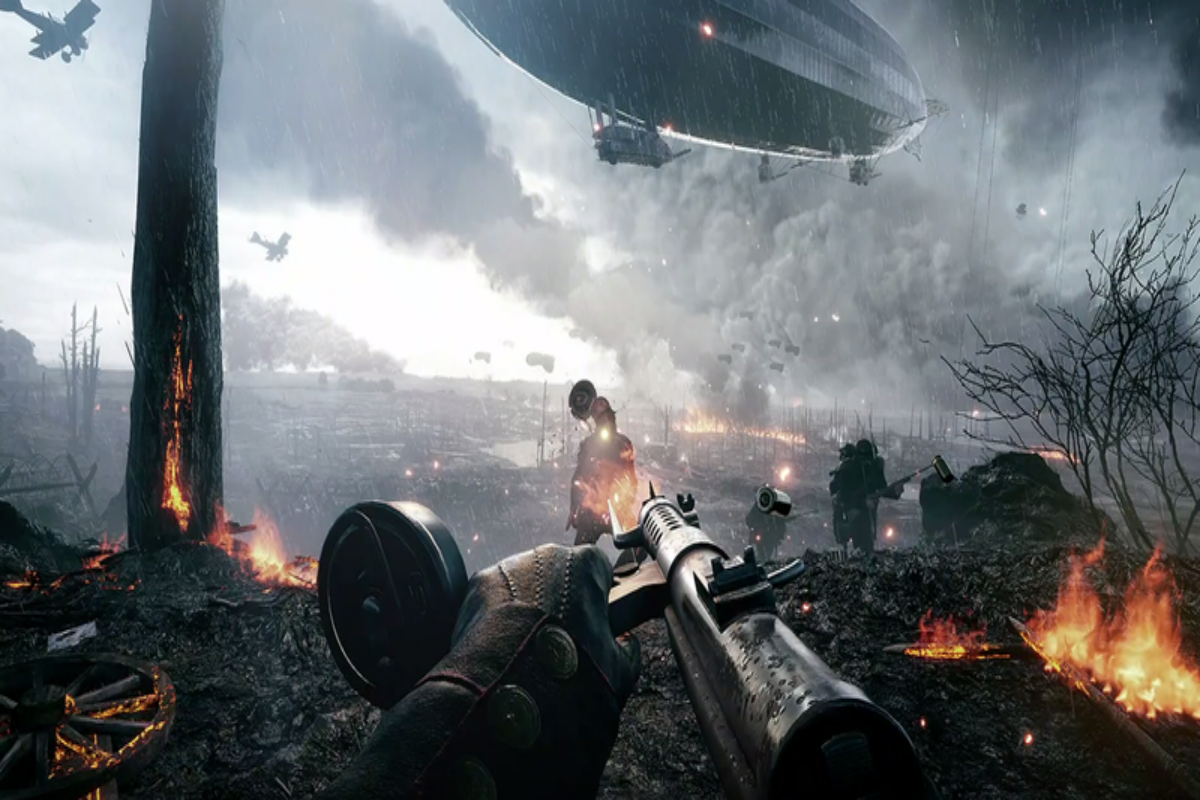 COD vs BF feud aside, BF1 was a great way to return to an era where bolt action rifles, panzer tanks, and quaint little farm towns turned battlefields. I was admittedly a fan of Battlefield's style of gameplay, the focus on destruction, large player counts and the general chaos of vehicles and soldiers clashing at the same time was always something that did a great job making me feel like just another expendable soldier on the battlefield and the moments when your team takes the win, either through teamwork or sheer luck even more satisfying. It's not a game that I jump into as easily as some of the other titles on this list, but when I need my big destructive battle fix, BF1 will be my standby until the next one in the series comes out. 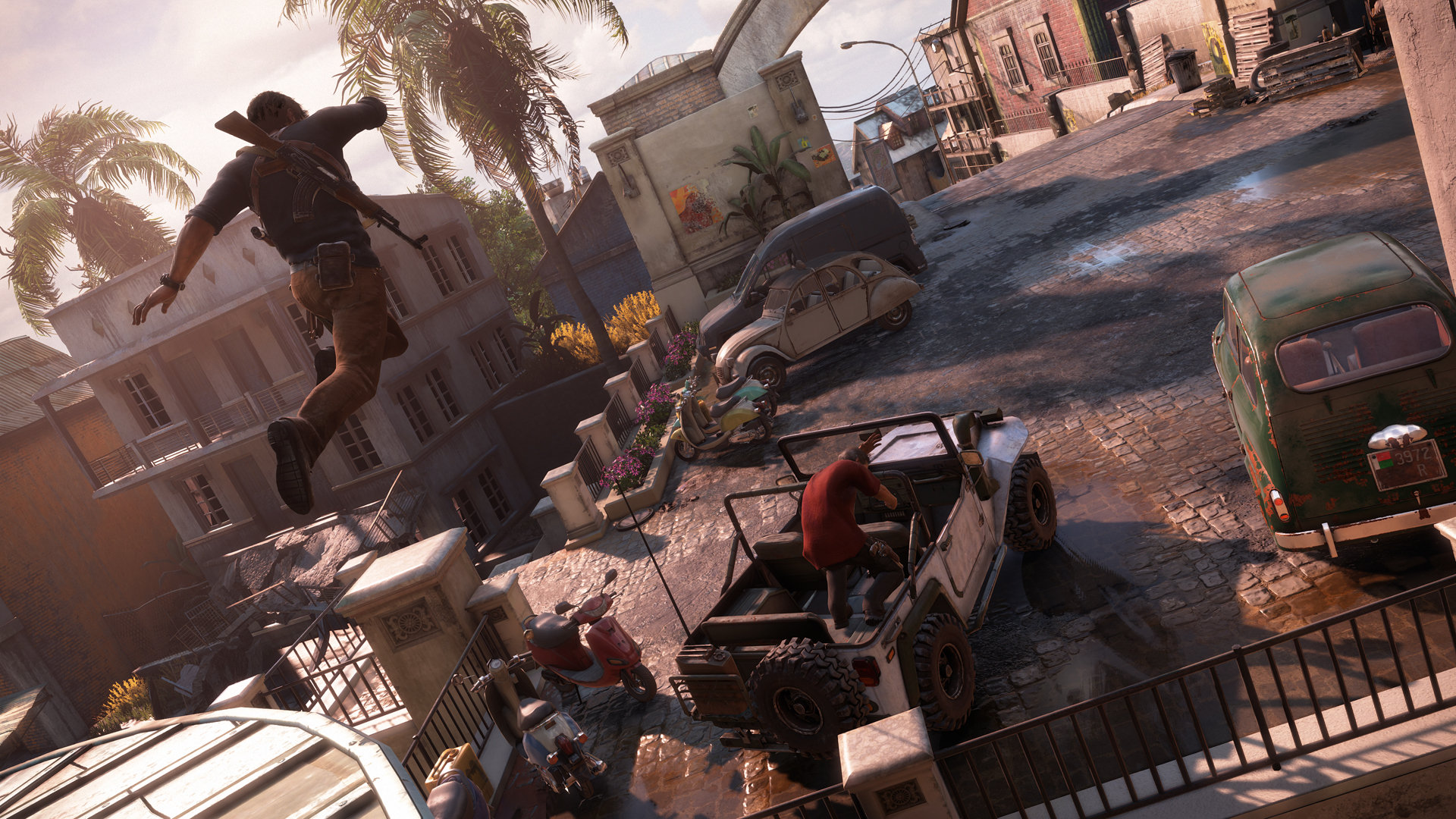 I was always a fan of the UC series and UC4 was a great way to show off new gameplay, huge almost open world levels to explore and navigate and a story that closed off the series nicely. In many ways, it was a game that focused less on spectacle set pieces (although there were still plenty of those) and more on moments that focused on the gameplay made famous throughout the series and refined it to near perfection. Is it the best entry in the series? No, that honor still goes to the second one, but it was another example of a great third person action adventure and a testament to what more powerful hardware and a talented team can accomplish. 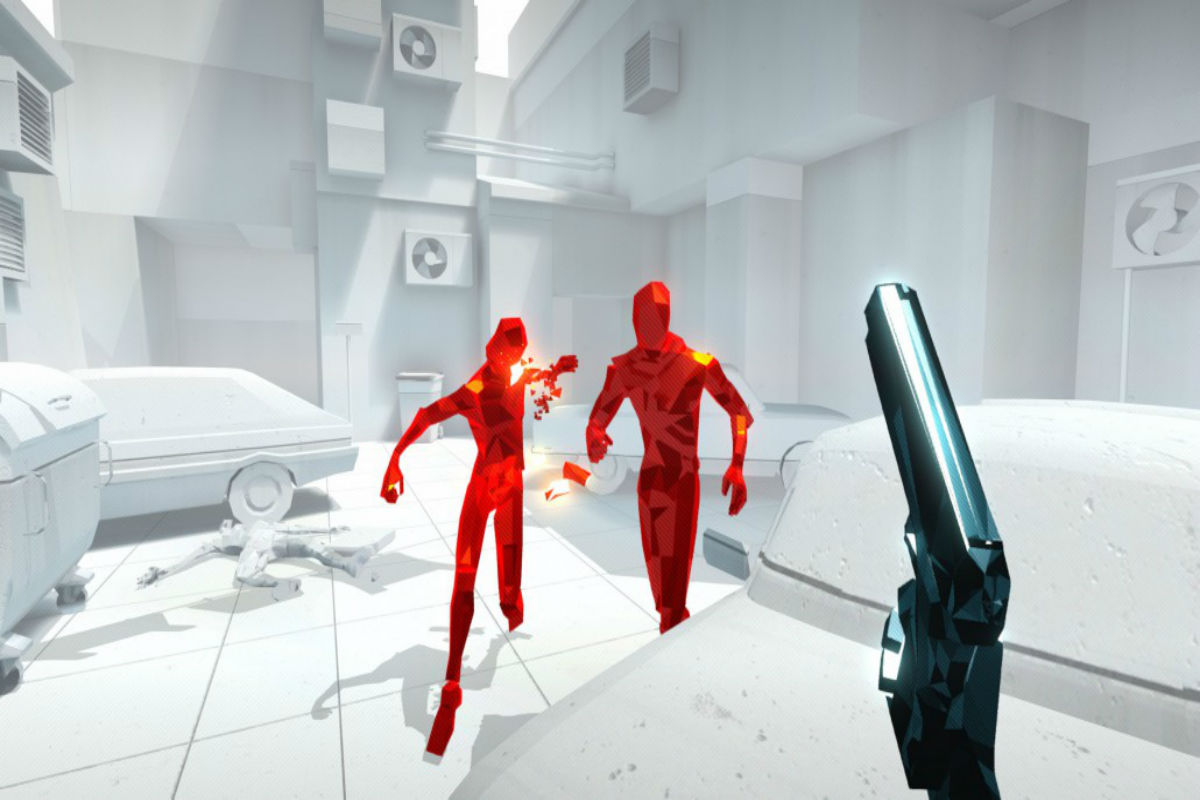 A game that took me entirely by surprise and had my glued to my PC until I finished the game in one setting. While it is a very short game, it's gameplay that combines Braid with FPS mechanics that has you analyzing your moves as you take on waves of enemies more akin to solving a puzzle than blasting your way past enemies. Combine some fourth wall breaking dialog, Superhot is a game that will have me coming back again and a testament to the amount of creativity still left in the often creatively bankrupt genre. 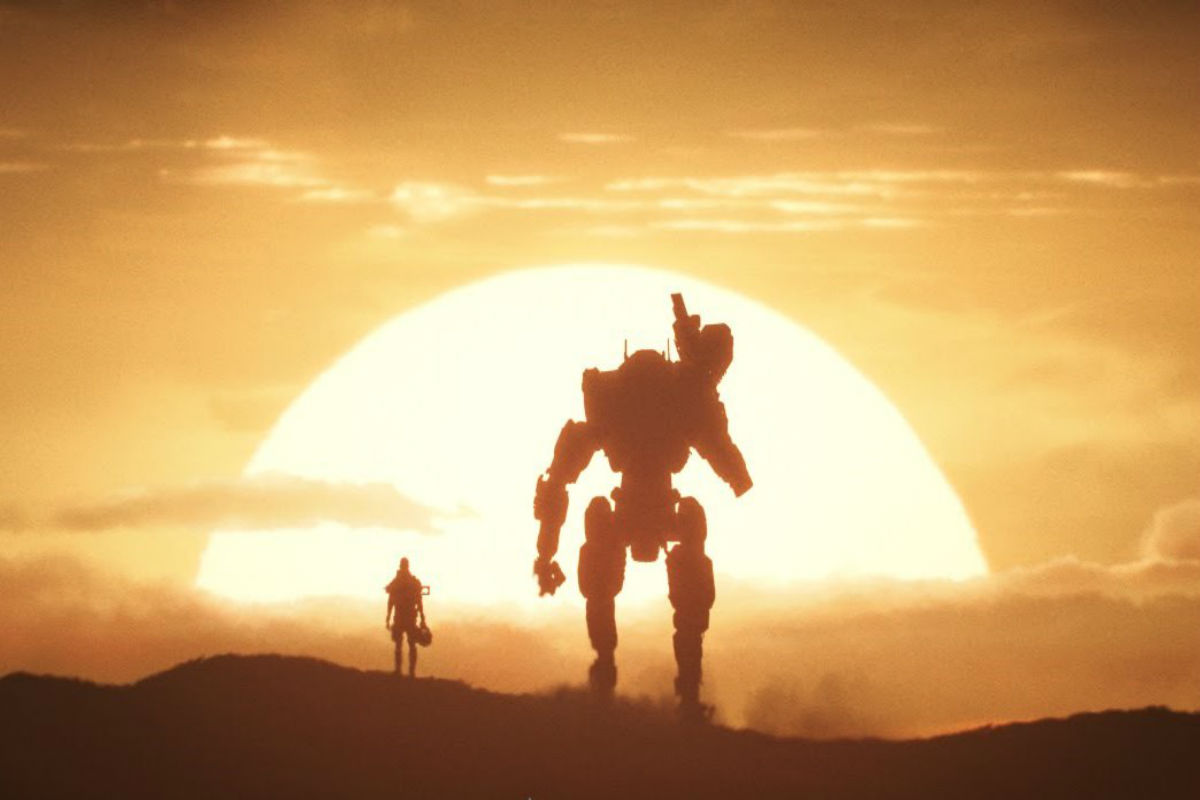 In another example of an FPS going above and beyond expectations enter Titanfall 2. As someone who dabbled briefly enjoyed but ultimately wrote off the prequel, TF2 upped the ante with a short but well made single player campaign, a character we generally care about between the main character Jack Cooper and his Titan BT and a vastly expanded multiplayer mode that balances on foot gunplay, giant mech combat, and big battles reminiscent of a mini Battlefield, TF2 is everything a modern shooter should be, leaving behind competitors like Call of Duty in the dust. There are simply too many cool bits of gameplay to talk about, the funny dialog, the time travel puzzles and the great levels, this is bar none, one of the best modern FPS titles. I hope that EA allows this series to continue on its own and grow even more as it deserves attention from game fans of all tastes. 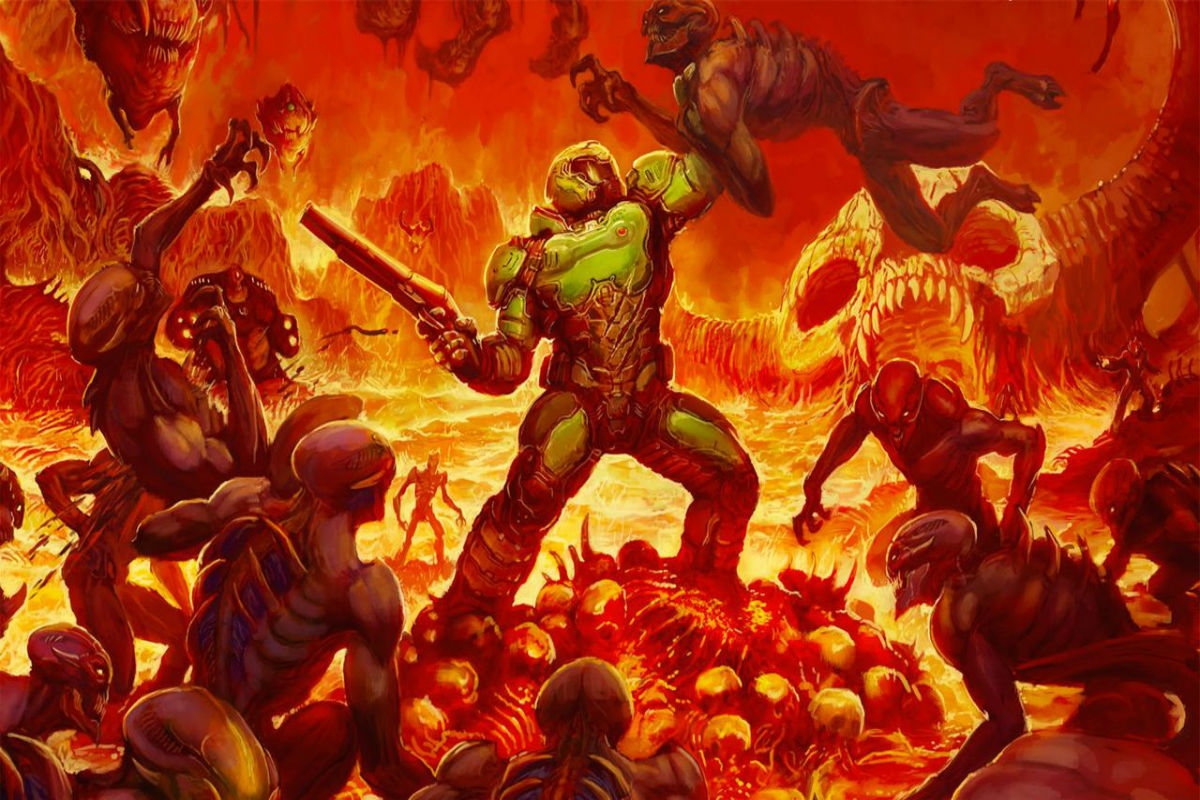 2016 will go down as the year of good shooters and with titles like BF1 and TF2 on the list, it would take a game of enormous caliber to top them. Doom came with an equal mixture of hype and dread, the return of a classic title that often fumble the landing when it comes to retaining what made the original so great. Doom is the heralded chosen one, the one that maintains everything that made classic Doom so great with its fast paced gameplay and variety of ways to take down demons with big, loud guns with a melee risk-reward system, levels that allow the player to traverse horizontally as well as vertically and long campaign that never once felt boring or padded, Doom is the perfect example of how the old school can exist with the new school. It's a testament to the timelessness of its gameplay and how years later, blowing apart a demon's head while grinding industrial players in the background still feels exciting and fresh. 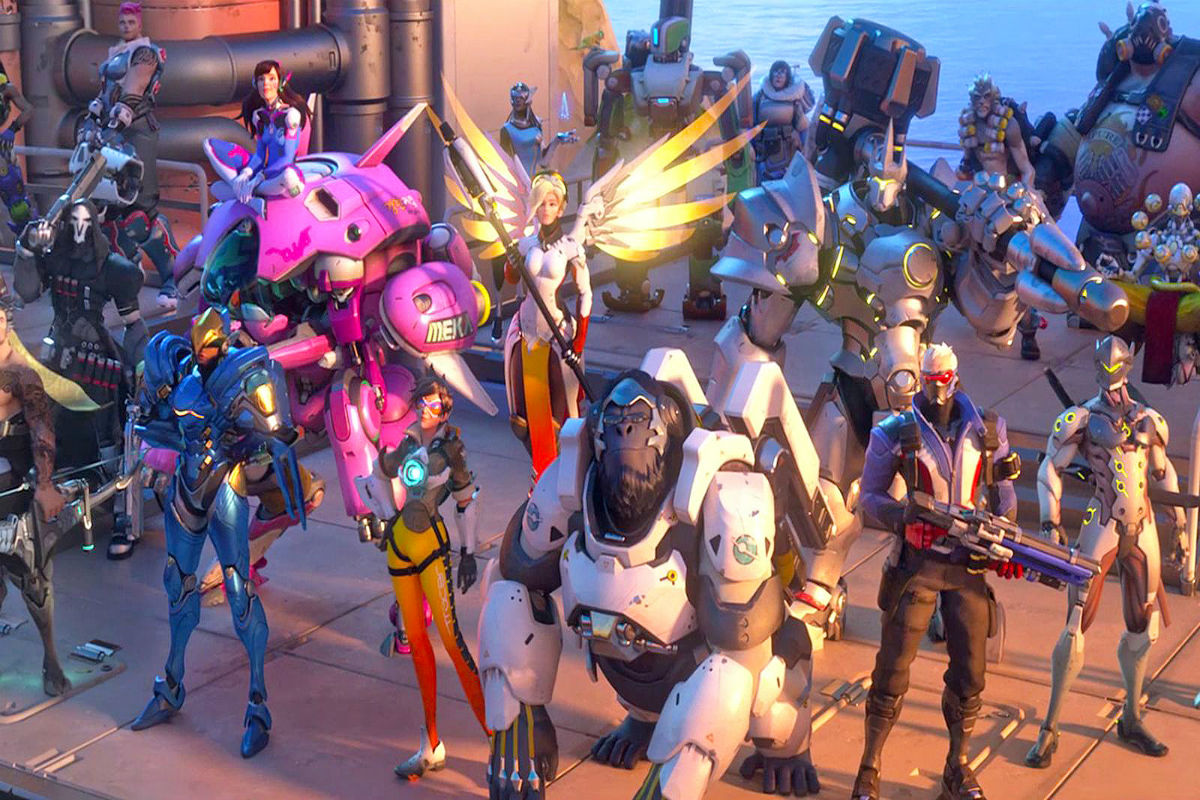 I'm not a big multiplayer guy. Chalk it up to not having a Xbox Live subscription when I was a teen or only playing Counter-Strike and Team Fortress Classic on PC, online multiplayer was never really something that sold me and only a few titles ever held my attention for more than a few weeks at a time. Overwatch not only is the only multiplayer game that I have continued to play consistently, but it's also one of the first games that have encouraged me to master a character (I'm D.VA, come at me). With a lore that takes the best of golden age comics and Saturday morning cartoons, a community that while cringe-inducing at times, has produced some truly amazing fan tributes to gameplay that always offers a new experience with characters, environments and team combos to master makes this one of the most compelling and satisfying online games I have ever played. This is a game that I know Blizzard will keep updating and while they keep offering new reasons to keep playing, I see myself coming back to Overwatch for as long as it stays online.

There were a ton of games I never got the chance to play this year like Watch_Dogs 2, Pokemon Sun/Moon and Dark Souls 3. I often play a mix of new titles and old ones I've been meaning to catch up on so like with many other gamers, I can't play everything. One day, though, as most know the selection of games is neverending and the years seem to become shorter as we grow older. I had fun with these and with a preview of what lies ahead for 2017, I'm sure next year will be fun as well!