Fighting games with anime adaptations can go either way. Unlike movie adaptations which usually turn out bad with the exceptions of the first Mortal Kombat movie for example, anime adaptations can be either good or bad. Games such as Fatal Fury, Tekken, Art of Fighting, Voltage Fighter Gowkaizer, Street Fighter, Battle Arena Toshinden, and Samurai Shodown had at least an OVA, movies, or series. Even The King of Fighters had four anime shorts.

But what about Virtua Fighter? Did it get an anime adaptation too? Yes it did as a matter of fact.

In the mid-1990s, Virtua Fighter had an anime series that lasted two seasons from 1995 to 1996 with 35 episodes in total. The anime was produced by Studio Pierrot, and it was aired in Japan, Argentina, Mexico, Chile, Italy, the Philippines, and the Arabic part of the Middle East during that time. The anime is based off of Virtua Fighter 1 and 2, but the storyline is completely different. Judgement Six isn’t in the anime, and there’s no tournament mentioned in the series. Instead, the anime focuses on an evil scientist named Eva Durix creating the ideal of the perfect soldier in collaboration with the Koenkan and the Rafale company.

The main characters for the anime are Akira Yuki, Pai Chan, Sarah Bryant, and Jacky Bryant. Akira in the anime is a lot different compared to his game counterpart since he’s a comedic glutton and a slacker. He fights when he sees other people get into trouble, since he goes by his iconic “None shall ever harm others” quote. Pai is joins with Akira since she’s been trying to avoid an arranged marriage with Liu Kowloon (an original character from the anime) by her father Lau. She then develops feelings for Akira later on in the anime.

Sarah is different in the anime since she’s gentle and kind, and she has a pet chipmunk named Alexander. When she is brainwashed by Eva Durex, she becomes a cold-hearted fighter. She had a crush on Akira at first, but then she ended up having feelings for Kage. Jacky is still a race car driver in the anime, although the only difference is that he’s a Formula-One driver instead of a Indy Car driver in the game. He is also protective of his sister just like in the game.

Lau in the anime has a different role. He is the head of the Koenkan, which is based on his Koen-Ken fighting style. Instead of ignoring his daughter like he did in the game, he tried to arrange a marriage between his daughter and his student. Kage-Maru in the anime is a mercenary originally working for Eva Durix and kidnapping Sarah under her orders. Later in the anime, Kage and Sarah are romantically linked to each other, and he plays a bigger role in the second season. The rest of the characters such as Shun, Lion, Jeffry, and Wolf had minor roles in the first season, but they carry onto the second season with some bigger roles.

Dural’s origins in the anime are completely different compared to the game’s counterpart. Instead of being a gynoid being modeled after Kage’s mother, Dural was created by Eva Durix using the basis of Sarah’s figure, with backing by the Koenkan. In the second season, Durex made Dural Gold under the backing of the Rafale corporation.

The anime features original characters not seen in the video games. Eva Durix is the series antagonist since she is an evil scientist focusing on creating the perfect weapon. As previously mentioned, she created Dural in season one and Dural Gold in season two. Liu Kowloon is a rising student in Lau Chan’s Koenkan clan who was supposed to be the one to marry Pai through arranged marriage. Oni-Maru was introduced in the second season of the anime, and he was a former member of Kage’s Hagakure clan. He was exiled because he was trying to kill off Kage and become the head of the clan, but then he came back and massacred his village. That left Kage to seek revenge.

Virtua Fighter had an video game on the Game Gear and Sega Master System that was based on the anime called Virtua Fighter Animation (or Virtua Fighter Mini in Japan) released in 1996. The game is mostly play through story mode where you had to unlock characters along the way. The Master System version was released exclusively in Brazil in 1997 and it was produced by Tec Toy.

The Japanese version has added content compared to the North American version. It had an multiplayer mode which could be played if you had a link cable. If you didn’t own a link cable, you could buy a bundled version of the game. Also exclusive to the Japanese version includes the extended introduction from the anime and the voice samples from each characters.

A Sega Genesis version was planned at one point, but it was cancelled.

Influences Used in Other Games

There are some influences from the anime that was later used in video games. In the anime, Jacky and Sarah were both born under a rich family, which was later mentioned in Virtua Fighter 5. Akira, Sarah, Pai, and Jacky were used in Dead or Alive 5 and the updates. As previously mentioned, they were the main characters in the anime.

Project X Zone and its sequel used a lot of references from the anime. Akira and Pai used the “None shall ever harm others” quote in the first game and again in the second game if you use Akira & Kage as a pair unit and Pai as a solo unit together. In the second game, the anime’s second theme song is used for Kage and Pai.

I’ve seen only the first season since I used to owned the DVDs, and I remembered that the show was kinda meh at first. Years later during my college days (around 2012), I rewatched the anime and gave it a second chance. It had some promising moments.

You can easily watch both seasons on YouTube, although the second season is not in English since the license was dropped. If you can find it subbed, then watch away! There is one more VF anime that I just recently discovered, and it’s an obscure one...

Virtua Fighter Costomize Clip is a collection of songs and stories behind some of the VF cast. The characters that had music videos for this OVA are Jacky, Pai, Wolf, Lion, Akira, and Sarah. Each of these characters’ music videos is based off of their stories that was mentioned in the game’s manuals. 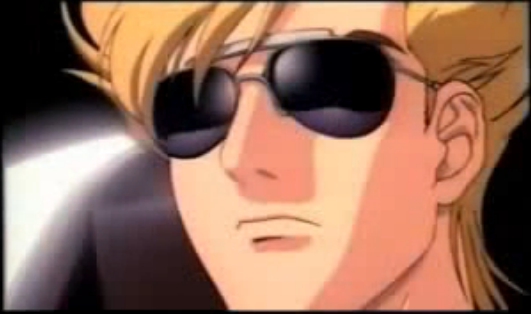 The video’s OVA begins with the music video called Believe In Love, which is Jacky’s story with saving his sister from Judgement Six. It uses the references such as his car accident and his sister’s abduction from the syndicate. Then the next music video goes to Pai entitled Oh My Shining Star, and it highlights her actress career. There’s some fanservice along the way, some of them range from cute to sexy. Wolf’s music video, Chain Reaction, is something else. I think there’s a bit of Yaoi imagery between him and Akira since both of them have a friendly rivalry with each other. Also, he does lumberjack stuff and wrestles bears. Yes, he literally took the bear to Suplex City. Then it goes into Lion’s music video, entitled Winner or Loser. I swear, this one has to be for the ladies out there because this video has him doing his training and living his casual, but by the time you get to the boat scene… Oh, where do I begin with this? The boat explodes and he’s floating on water, back-first. Sometime in the video, he’s swimming underwater in the nude. I’m not making this up. 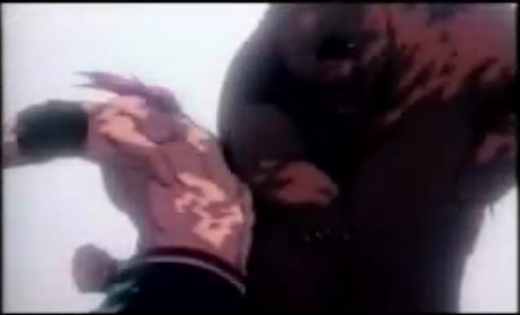 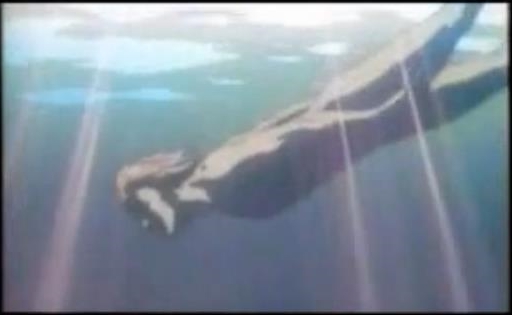 Akira’s music video, Summer Tempest, is pretty straightforward. Like every fighting game protagonist, he’s finding the answers to true strength. He sees a woman who’s in being harassed by a couple of drunken douchebags, and proceeds to beat their asses. The same guys tried to raid the woman’s house while Akira is being bandaged up. In the end, Akira faces those guys again at Old Armstone Town. I find this music video to be interesting because of two reasons: that Akira relies on his “None shall ever harm others” quote and also that there’s an actual connection between Virtua Fighter and Fighting Vipers. I mean, there’s Fighters Megamix, but still…

Sarah’s music video, Dancing Shadow, is the final music video of this OVA. While it is less antagonistic in tone compared to her brother’s, she has some lighthearted moments and some sad moments. As for the credits, they used Jeffry’s song, Go Beyond That Wave. Sadly, there were no music videos for Jeffry, Kage, Shun, and Lau, though they had minor parts in other character’s music videos.

If you want to check them out, you can watch them on YouTube. While the Dancing Shadows image album wasn’t as good, the music videos make up for that.

That’s it for this blog. Before I end this, I just want to wish everyone a Happy Holidays. Merry Christmas, Happy Hannukah, Happy Kwanzaa, Happy whatever you celebrate. The next and final blog for this month will be focused on Virtua Fighter Relationship, an event that is responsible for the Beat-Tribe Cup series.