I have no idea if there will be a part two to this, FYI.

I recently walked into an EB Games (Gamestop's Canadian name) and recently found a bin of $2 games. I ravaged the selection and walked out with a bunch of great games, and some I'd never heard of before. Recently I was browsing another EB Games and spotted a few dotted on the shelves or hidden in the bargain bins.

Taking a hunch, I asked the employee behind the counter if she had a list of all the $2 games in the store. As it happens, they did, and handed me a printoff of all the games in the store that were $2 or less. I also have a gold Edge card, so that added a 5% discount, making more like $1.90, before tax. I walked out with seven games for less than $13. Since then I've made it my mission to buy as many $2 games as possible.

For reference, I consider myself a collector. I also don't have a lot of money, which causes a dillema. So, to grow my collection as big as possible without shelling out money for $15 games (which seem to be the cheapest price EB Games typically wants to go for "new" games), $2 games are a pretty good way of doing so.

I was inspired by Lazy Game Reviews, and his series titled LGR Thrifts. In it, the titular host visits all the thrift stores in his area to expand his collection of games, mostly comprised of old big-box PC games. His main price-point for picking up a game seems to be $3, and I've seen refuse a desirable game because it was $5.

So, in the past month, what games have I picked up? It's actually quite a great haul. 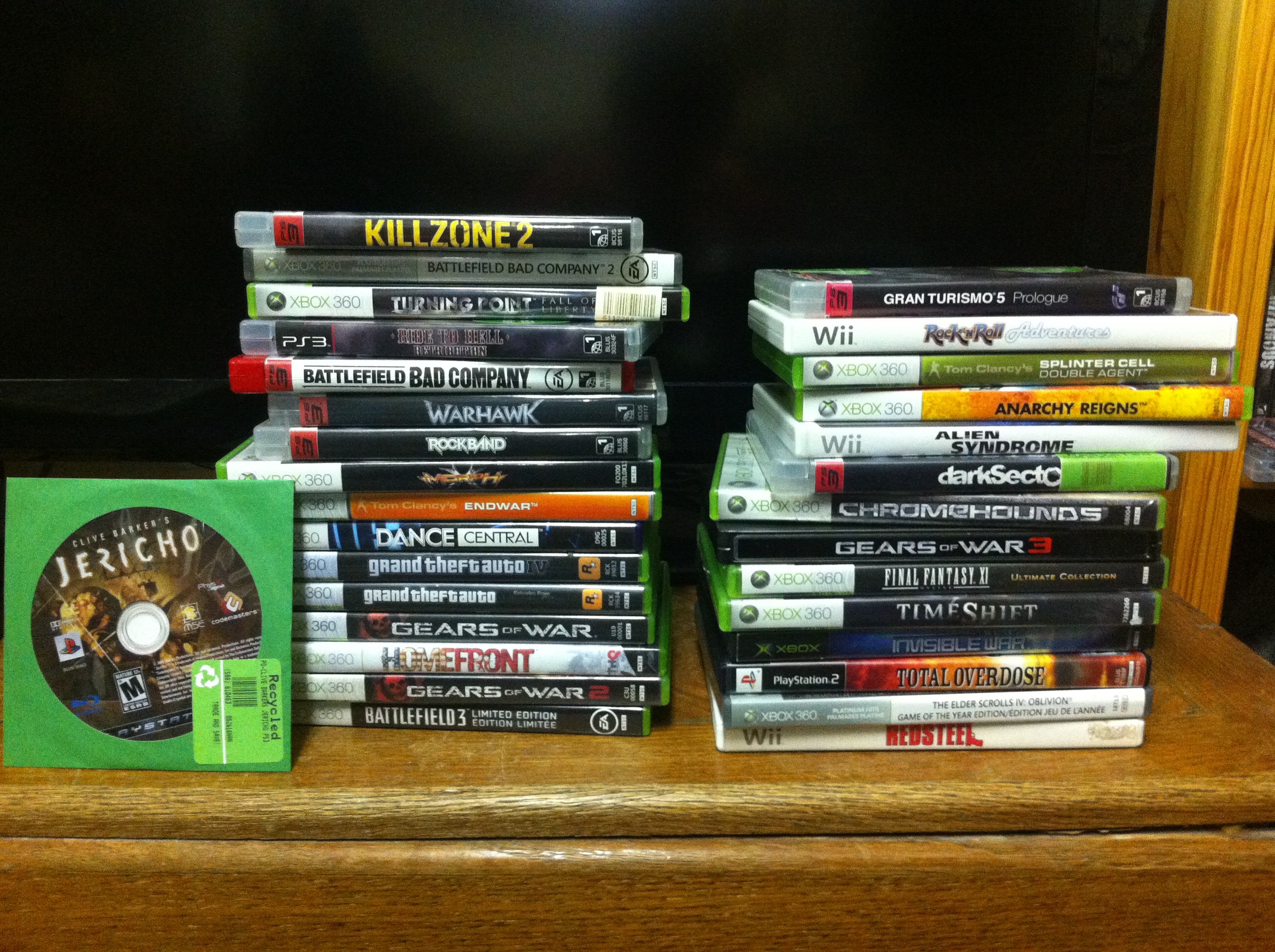 For $6 I picked up the entire Gears of War series, or at least the only games in the series that matter, according to GoW fans. I don't think the games are particularly long, so if I have a boring weekend it would be a fun adventure to romp through all three games in quick succession.

For $4 I picked up Grand Theft Auto 4 and all its expansions. I owned these once before but sold them in my youth. Now that I've corrected that mistake, I'm glad to reown these games. Plus The Ballad of Gay Tony has one of the best expansion names, and I just wanted it on my shelf.

I got Deus Ex: Invisible War for 50 cents. A lot of people consider this to be the worst game in the series, but now the only entry I'm missing in my console collection is Mankind Divided, and you can't say no to a 50 cent game. You just can't.

Speaking of which, I should pick up to 50 Cent games. I hear Blood on the Sand is a surprisingly good Gears of War clone.

For $2.50 cents (going slightly over the limit, but whatever) I got the Final Fantasy XI Ultimate Collection. This is basically completely pointless because the servers have since been shut off, but come on, look at that box art. How could you not want that on your shelf? 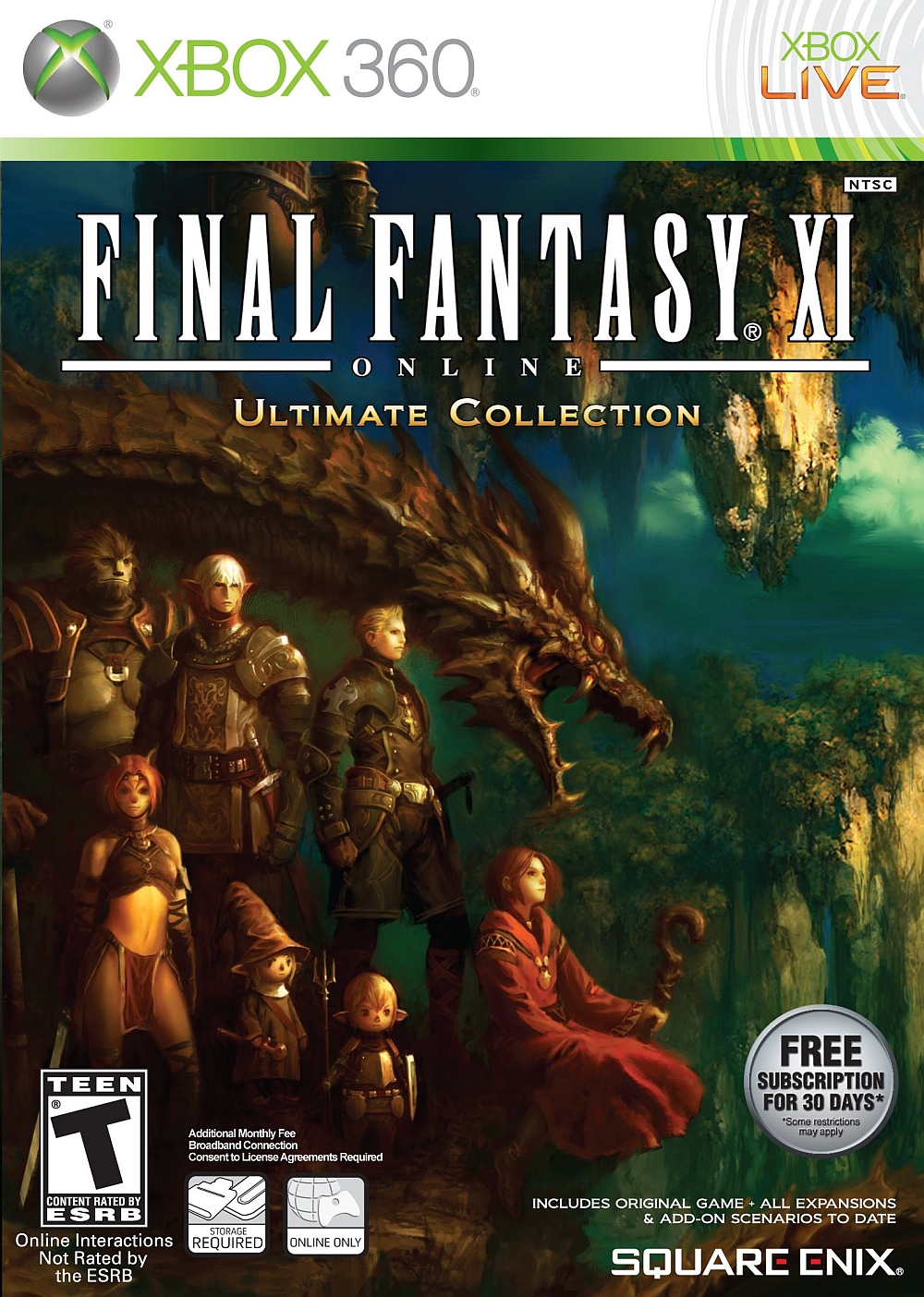 And, for $3, I got Ride to Hell: Retribution. I haven't played it yet, but if reviews and gameplay clips are anything to go by, it was worth splurging over.

So what's the point of this? Well, so many people complain about the cost of games, including myself. But if you search hard enough, and I didn't even have to look too hard, you can find so many great games for dirt-cheap. For anyone interested, here's a few tips to gathering your $2 crap.

And that's it. Since I haven't started to play through any of these, I can't assess their quality. Let me know if you'd like to see my thoughts on these games, and maybe I'll make a part two with my impressions. Or I could make another part with more $2 games in the future.