Alright, let me get the part of this blog you don't care about out of the way.

Hey! We have a new episode of the Error Machine Podcast! We talk about stuff like Final Fantasy XV, the Playstation Experience, the Game Awards, and why Chris Sabo is definitively the greatest baseball player of all-time and should have been the cover athlete for MLB 17. 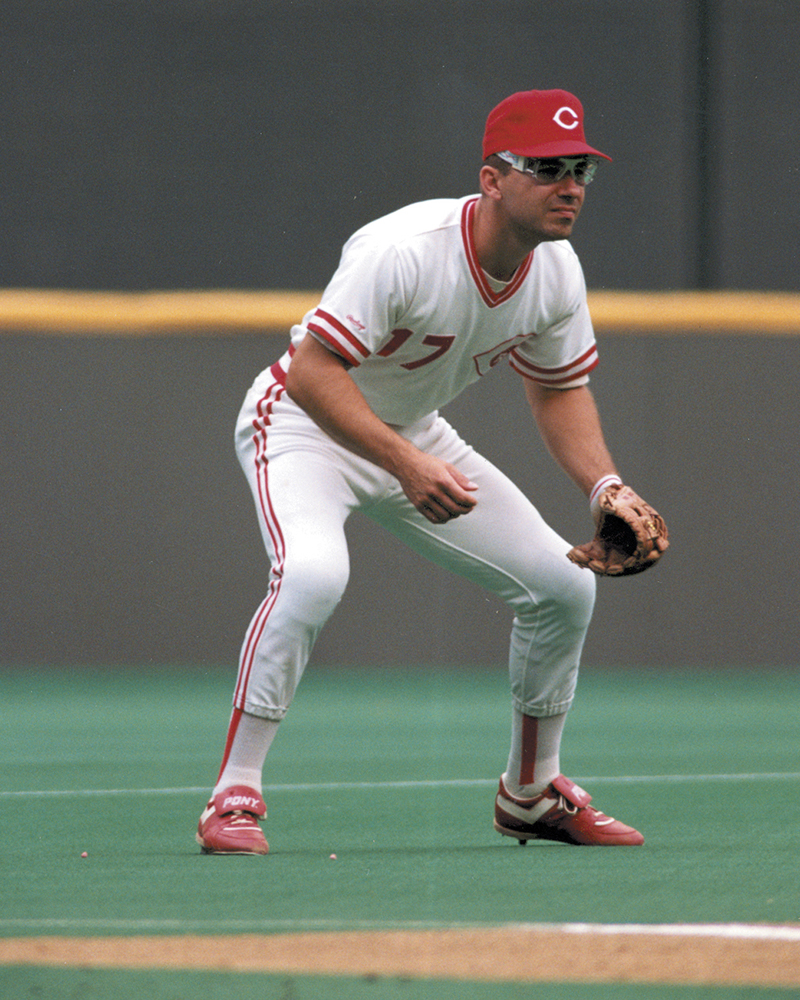 Goggles of a champion.

(For some reason the embed worked when I first posted it in the source code, so...I guess click the link?)

Anyway, here it is. Listen to it when you have an hour to spare and want me to gush all over the Last of Us Part II trailer.

We have something really cool planned for episode 100 in a couple weeks, so stay tuned for that.

Now on to the other fun stuff. So, when I first start posting again a couple months back, I had started working a part-time job in addition to my job at that video game store that everyone hates but still shops at anyway. However, due to an imminent promotion at TVGSTEHBSSAA, and the overall incompetence at the part-timer, I quit that shiz and have much more free time. I also have time to sleep, which I did very little of in that four month time span.

You know what else I missed? The gym. It's amazing how little time you have to go workout when you work 16 hour day 3-4 days a week. That may not thrill most of you, but if you know me at all, you know I love fitness. I'm not a bodybuilder, but as someone who spent most of their life overweight and struggled with a lot of body image issues up until his mid-20s, waking up before dawn and making the trek to the gym is my favorite way to start the day. My quality of life has improved greatly in the week or so that I've quit that job.

In other news, it's almost Christmas! I love Christmas, you guys. I really, really love it. I'm also very bad at not giving people their gifts until Christmas Day, as I've already given my wife her big gift this year, which was a gaming PC. Now that we have a nice, heavy-duty PC, perhaps I'll start streaming or something, I dunno. Shut up about it. 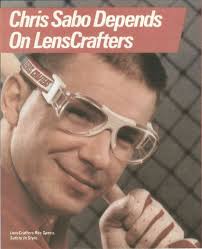 The man is beautiful, is all I'm sayin'.

I've been getting the itch to write more. Not to the extent that I was when I was doing my weekly top five lists, but more thought-provoking things. I've always wanted to write a book, and now seems as good of time as any to start. You all know me as a man of faith, and I've had this idea banging around in my head to analyze games with religious aspects and see what they can teach us about Jesus, the Christian faith, how they compare to the Bible, etc. I know not everyone believes the way I do, but I also know that a lot of you like to read different perspectives on certain topics. Some of the games I'm analyzing are ActRaiser, Earthbound, and El Shaddai, just to name a few.

I finished The Last Guardian today. I basically did two marathon play sessions and beat it early this afternoon. I...liked it. It was good. I won't be getting into spoilers or anything, but the game certainly doesn't put it's best foot forward. I was incredibly frustrated at the start of the game. Perhaps this was due to a glitch in the very first area that prevented me from crawling through a hold I needed to get into in order to progress. Aside from that, getting Trico to do anything was very difficult in the early going, but eventually to start to figure the controls out, and it really does give you the sense of bonding with Trico the further along you go into the game.

Naturally, we can't talk about it without comparing it to Ico and Shadow of the Colossus. I would say it definitely plays more like Ico, which makes it even more surprising that I enjoyed it as much as I did considering that I pretty much hate Ico. We also can't talk about the game without asking the question of whether or not it lives up to the hype of the past 10 years. It definitely doesn't, but it's certainly worth playing. It's hard to follow-up the masterpiece that was Shadow of the Colossus, but The Last Guardian does do some things with the overall scale of the world that brings back fond memories of it's precedessor. 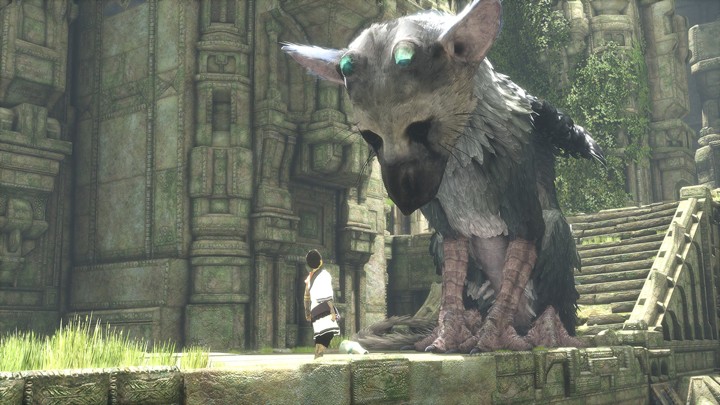 It helps that I just want to snuggle Trico's adorable little face off.

So yeah, that's what's been going on with me. Perhaps you'll see more writing from me in the future. Definitely be on the lookout for future video content though.