[12/7/2016 UPDATE: Added a couple paragraphs to further clarify and expand my points.]

Creating a sock account so you can be matched with low-level plebs and squash them over and over again like the scrubs they are can be quite satisfying. I know I certainly feel a great sense of completeness in my soul after I've curb-stomped and tea-bagged my way to victory, but what about all those plebeians left reeling in butthurt and misery at the end of the day? They need to get their entertainment value out of the game too, and if not via the multiplayer, where else do they have to turn to? The 2016 Video Game Awards show was just recently held, and the multiplayer-only shooter Overwatch claimed the mantle of Game of the Year. This of course triggered little n00blets across the globe due to a multiplayer-only game being bestowed the highest title of the show, as if to suggest that this one fact alone is an automatic disqualifier for the title. To them I have but one response: Git. Gud. 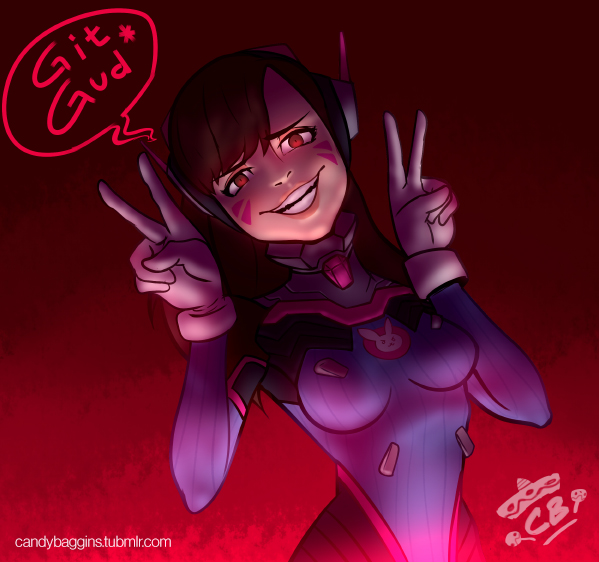 Just kidding. Turns out I actually agree with them to an extent, but why is this the case? Isn't it a double standard that if someone develops a single player-only game it can be showered with praise and no one questions its lack of a multiplayer component, but if the reverse is true, suddenly everyone is demanding what happened to the campaign? Well no, I don't believe there is a double standard, because there's a key difference here: single player starts with an S while multiplayer starts with an M. See? They're not the same.

OK, I jest again of course. Going beyond just a matter of personal taste though, I do think there are some substantive differences between the two types of games that legitimizes criticisms against multiplayer-only titles. Namely that multiplayer-only games consistently lack in varied and significant content, often choosing to rely upon the dynamic and unpredictable nature of multiplayer interactions to alleviate the repetition, but this design choice only gets you so far. No matter how you slice it, a typical multiplayer-only shooter might release with only 12 playable maps and a handful of game modes. Each map itself is typically a fairly small arena; the entirety of which can be explored in under 5 minutes. Not to mention that you're unlikely to encounter any fancy scripted events that add some flare to the level, or fully-voice acted cutscenes that flesh out the characters and setting. You're generally limited to a singular objective that never fluctuates and all teams of players must compete for until the match is over. As a result, multiplayer-only games lend themselves to being played in shorter bursts, as the feeling of repetition starts to set in all too quickly and the average player will feel the urge to move on to something else. In contrast, a single player game can throw a multitude of objectives at you that give you a wide variety of goals to keep yourself occupied with for prolonged periods of time. In the classic N64 title Banjo-Kazooie for example, a single level of the game might have you collecting a number of items including 100 notes and 10 jigsaw pieces strewn across a vast map that is maybe 5 times the size of your average multiplayer level, all the while often requiring you to complete various other objectives along the way in order to collect these items, such as fighting bosses that test your reflexes and require memorization of their attack moves to defeat, or solving crafty puzzles that require careful examination to unravel. Each of these elements add variety to the gameplay that help keep it feeling fresh, and from a purely talent-based standpoint, they just require a lot more creativity and effort to produce. And this is just one level. Many single player games can have upwards of 20+ missions and 30+ hours of unique content to explore. EA themselves admitted that another multiplayer-only shooter released this year, Star Wars Battlefront, had a shorter development cycle than their standard AAA titles in order to meet the deadline of releasing the game while the hype was strong for The Force Awakens, and it shows. It too was another multiplayer title released with only 12 maps and a limited number of game modes. Within just a couple of hours, you can have experienced every map there is to play on it.

During the early days of the game industry, multiplayer was often treated as a tacked-on piece of content; almost considered to be "bonus material" if you will. In fact, famously during the development of Rare's seminal first-person shooter Goldeneye 007, multiplayer was only added in at the last minute. Unplanned, mind you. As in, it wasn't even done with the permission or knowledge of Nintendo and Rare's upper management. They only learned of it when a build was shown of the multiplayer already working. And yet despite the frequent treatment of multiplayer as a tacked-on component by the industry with only limited features and content, this approach to multiplayer development hasn't evolved much over the years even as we've begun to see the emergence of multiplayer-only AAA games, which is quite baffling. In theory, there's no reason Overwatch couldn't have released with double the number of maps and a multitude of different customizable game modes on launch. It's not as if Blizzard doesn't have the resources, and as a matter of fact, in all three of their other major franchises they offer a variety of ways to play. StarCraft II for example offers a robust single player campaign, co-op missions, versus matchmaking, and arcade mode where players can design their own custom maps and entirely new game modes. There's simply no excuse for the lack of content here. AAA publishers still want to follow the old model of tacked-on multiplayer for titles where the focus is supposed to be exclusively multiplayer, but at the same time they still want to charge you the full AAA price. I don't consider this practice to be acceptable.

Of course, one could argue that due to the spontaneous nature of multiplayer gameplay, it can create some lasting replay value that goes far beyond the amount of hours spent in many single player games. This is often true, and I'm sure I myself have probably spent more time in League of Legends than I have in some of my favorite single player games. However, I don't believe measuring the quality of games by the singular metric of replay value or time spent does them justice. After all, my top 10 list would probably look very different if I based it purely on this instead of my preferred metrics, and that's because something that should be considered when evaluating a game is also its peak entertainment value. Apologies in advance, but we're about to get into some ridiculous maths based on quantities that can't really be quantified. If I could visualize the entertainment value I get out of a game as a graph over time, it might look something like single player games generally starting out with very high peak values that steadily decrease as times goes on, while multiplayer games might start out at medium values, but decrease at a much slower rate thanks to the spontaneity of my opponents. As a result, I might find myself spending more time in a multiplayer game overall because it holds my attention longer, but at the same time it never really reaches the same heights of "awesomeness" I guess you could say I experience while playing other games; most often because of the lack of content and the inherent constraints that come with having to develop game objectives that all players can participate in meaningfully. In fact, amidst all of the supposed unpredictability of multiplayer interactions, there is a certain very predictable nature to these games. You know you're not going to be wowed by a sudden shocking plot revelation. There's no journey to go on with the characters where you get to see them grow and blossom in different ways. You're unlikely to encounter some epic event where you're dueling someone atop a moving train before it derails and explodes. Multiplayer levels need to stay mostly static so other players can navigate the map and participate too. You already know the vast majority of what to expect before you even put the disc in for the first time. Perhaps others feel differently, but this has generally been my experience with the medium.

So people can scoff at my immediate dismissal of multiplayer-only games, but at the end of the day, I do not do so without merit. None of this is to say that these types of games are bad of course, nor even that they can never be allowed to win Game of the Year, but when it comes to my personal choices, I do think they are at an inherent disadvantage and for good reason. There simply aren't a lot of multiplayer-only titles that offer comparable content and craftsmanship to their single player counterparts, and until they do, they don't get to sit at the big boys' table as far as I'm concerned. The fact that Overwatch received Game of the Year this year to me just reflects on how disappointing this year really has been. Then again, maybe I just need to git gud. Or perhaps I'm selling this achievement too short; it was the first year where a hentai game got GOTY after all. Progress, America.