*Author's Note*
This is a very old review of one of my favorite games ever. That being said, this review totally does not do it justice. I love this game to death and hope that it's remake does phenomenally. I highly suggest playing this game and giving Robit Studios tons of love and support. 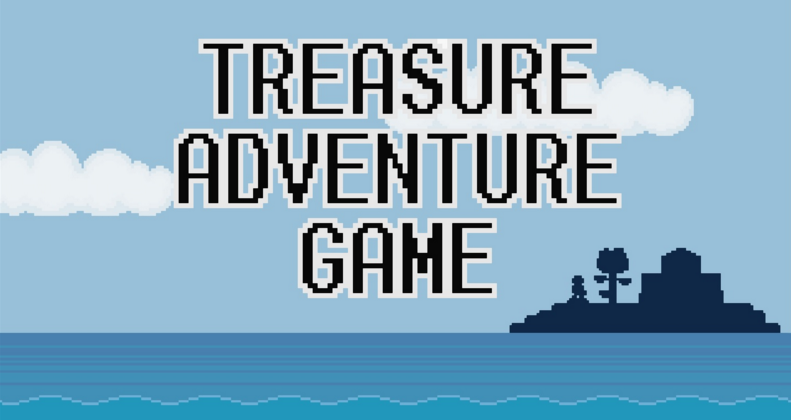 I'm not gonna beat around the bush on this one. This is one of the greatest games I've ever played, and has provided some of the best experiences I've ever had with a game. Treasure Adventure Game is a retro 2D platformer based on exploration, puzzles, and of course adventure. It's got a huge open world, rich with characters, enemies, and stuff to do. It's something of a metrovania, as you collect a wide assortment of weapons and gear, all doing a variety of things to help you upon this expansive quest.

You can do a LOT of things in this game. You jump, crawl, dig, climb, bounce, fight, sail, dive, fly, float, solve puzzles, and so on. Needless to say, you have a lot of tools up your sleeve. You obtain these over the course of the game, gradually adding new things to do in new and old areas, giving you a good reason to go back and explore. The main thing you have to fight with is the hook you have instead of a hand. It's a simple swinging attack, but as you progress you unlock the throwing hook, allowing you to throw it like a boomerang. You later obtain all sorts of items that all have their uses, like the diving helmet, flashlight, magic bottle, etc. 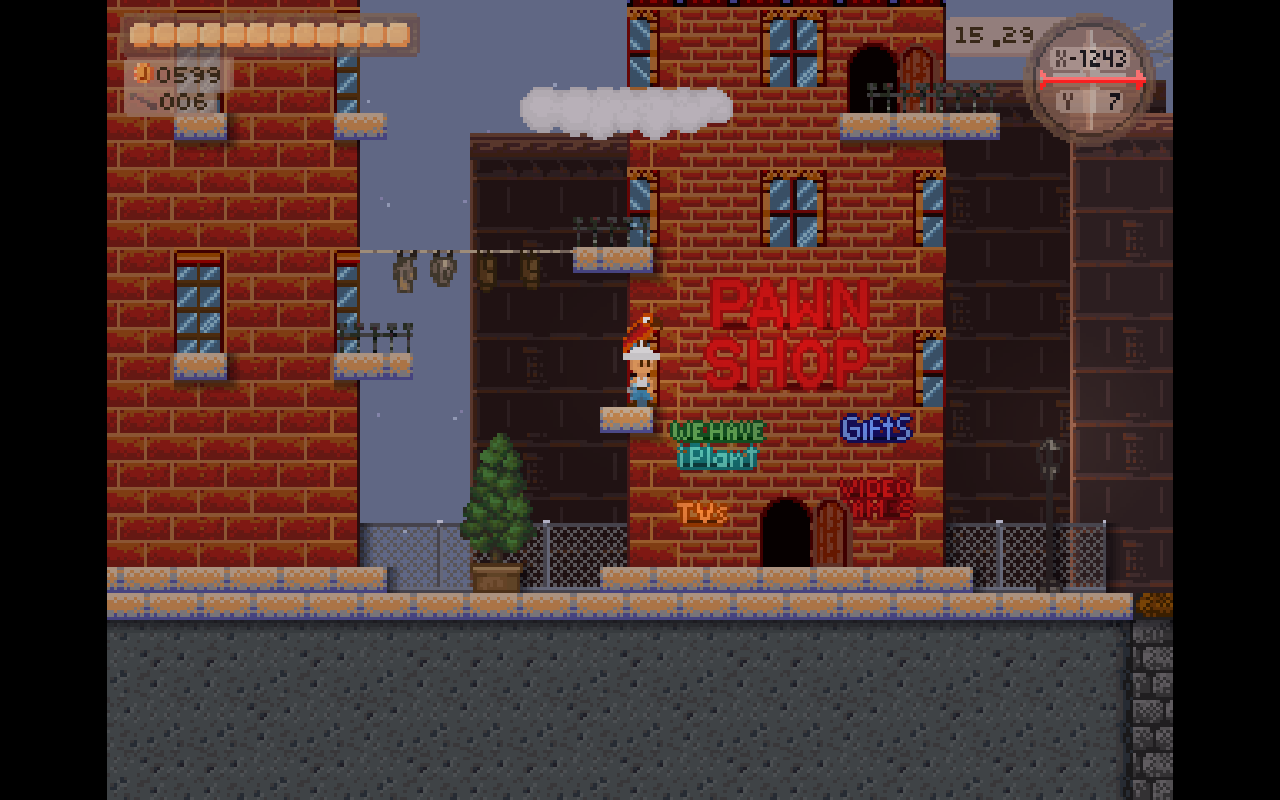 The puzzles are in wide variety, often requiring multiple of the items you have, as well as your wits and skill. I honestly have not seen puzzles this good in a long time. The dungeon of the first boss is just a giant puzzle where you have to go through and push a giant block from the very top onto a giant button at the very bottom, without it getting blown up or stuck. It was very intriguing, to say the least. Other than that there are a lot of puzzles around just about every corner, all of them being fun to complete.

Now when I play a platformer, I usually prefer it to have a double-jump. This is one of the only platformer games that has overcome this preference. The levels are very well designed to the point where I don't even care, because the game is based around not having a double jump, and is still fun. There is even an upgrade(the Boots) which only add a little bit of height to your jump. Now let me tell you why exactly that is still such a good thing. 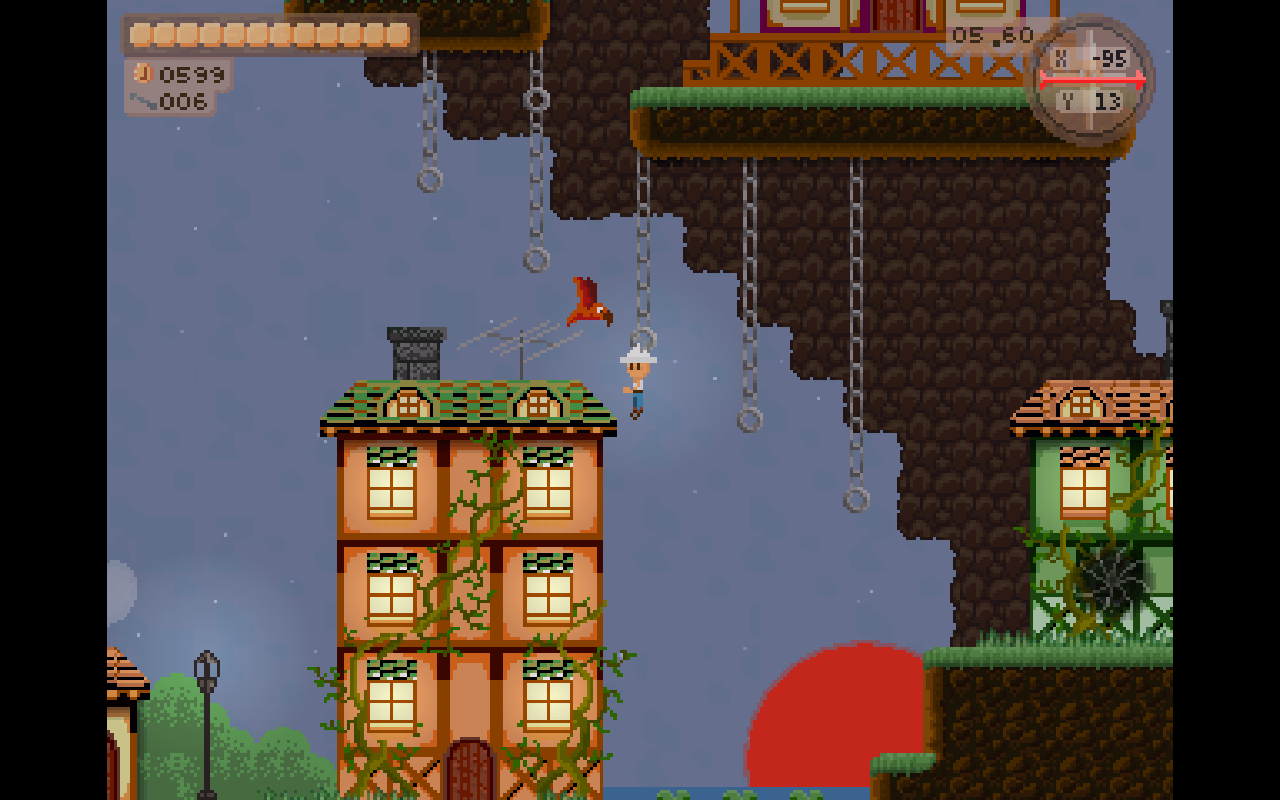 There are a LOT of things this game does right, one of them being how it does it's open world. There's never any unexplained barriers that block your way, with the exception of the locks, which require lock picks. Most of the times you can't progress in an area is because you lack an item needed to solve it, which means you can come back to that area with more to do once you get that item. Once you get the Boots, you are able to go through two(or three) major areas in the same island you weren't able to do anything else at. It does a grand job at making you want to go back and explore what you can once you obtain a new item.

Now I'll admit, Treasure Adventure Game has one of the most unique fast-travel systems I have ever seen in any game ever. It's extremely fun and cleverly designed. On just about every island, there are these little black swirls that you can do nothing with up until a certain part of the game. Once you get the Magic Bottle is where that changes. You are now able to suck in the swirls and shoot it out to make it a portal, which you then jump through to go to a different dimension. Imagine the entire game world, but on a smaller scale and in black and white. You can essentially walk on water and jump over the islands, and you can just warp to the real island you were on in the warp dimension. The best part about this is how you don't get the Magic Bottle, making the warping possible, until you're on the last island you've discovered. That means you know all of the islands, making it where you know of where you're going, allowing you to get used to how it works much easier. 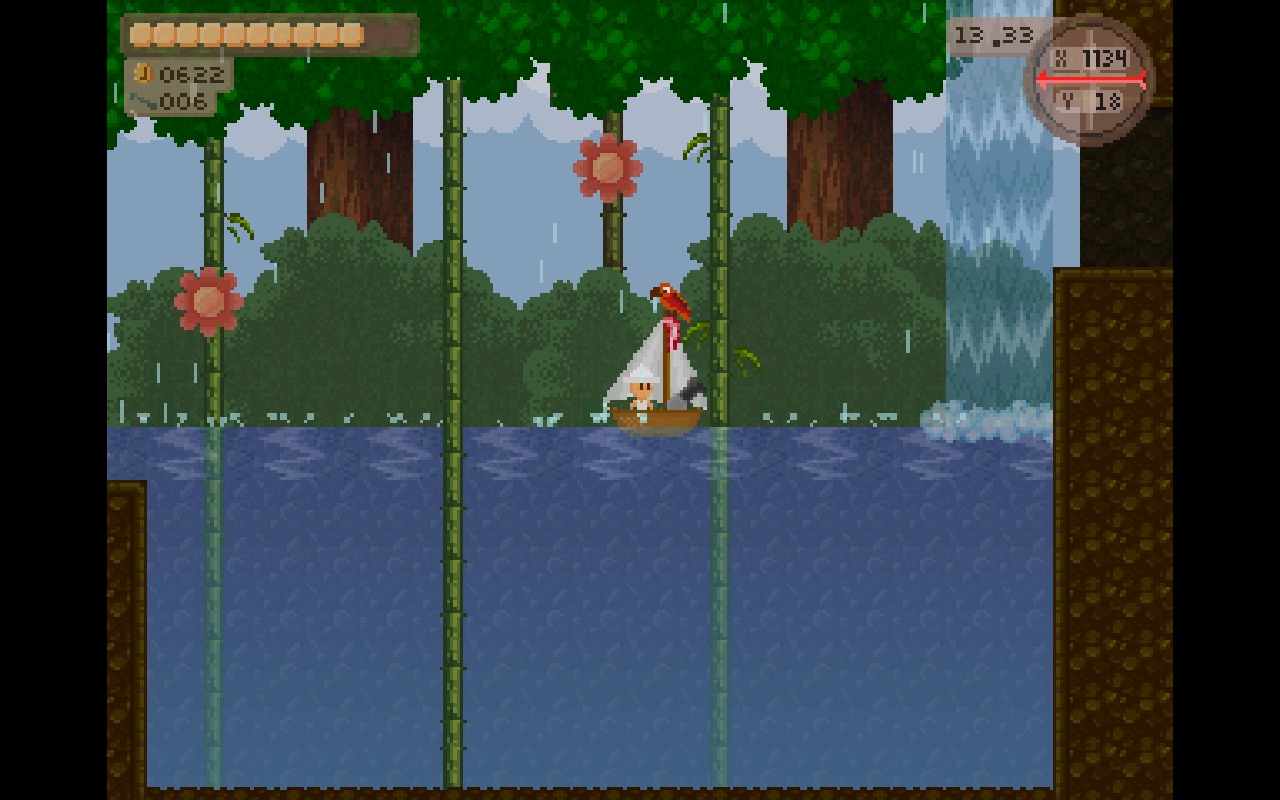 Difficulty is one of those things for this game that is really well curved, except for when you face a boss, which is where the difficulty skyrockets for the top of the Tower of Heaven. They are balls to the wall hard. While you can obtain health upgrades, the maximum amount of health in the entire game is 12 units. The bosses are really well done, never cheep, but almost all will take MANY, MANY tries before you might even figure out what to do. The bosses are in very wide variety, and are all very intense fights. A lot of them I only beat with 1 or 2 units of life left. I'm a seasoned player and I still have nightmares about having to go through some of them again. The boss music is a love-hate relationship. It's very good and I love it, but it scares me because it meant business in the game.

Before I continue with the amazingness of this game, let me talk about the one major flaw. It's just a mechanic that has caused be so much frustration and pain, and for nothing. I fucking hate the wind mechanic in this game. God help me when dealing with this game. The best tip I can tell you BY FAR is to not get the flag until the end of the game. Why? Because it activates the wind mechanic. This mechanic is essentially where the wind blows back and forth randomly throughout the game. This affects things like your sailing and jet-packing. I guess the wind was supposed to help you go faster in the boat, but it doesn't help that you go uber-slow when trying to go against it, which is often. The jet-packing it is something you can do with the magic bottle, and was honestly more stressful than any of the bosses combined with another boss. Theres a point in the game where you are REALLY high up, and have to do precision platforming that requires the use of jet-packing. It would've been a lot easier if you didn't get blown around without any warning or pattern. You have no clue which direction it's going in unless you're in your boat, and don't even try to go against the wind. It's the equivalent of hitting a brick wall in the game. You don't understand the pain of falling all the way from the top to the bottom of an island because of something you can't do anything about. It's horrifying. 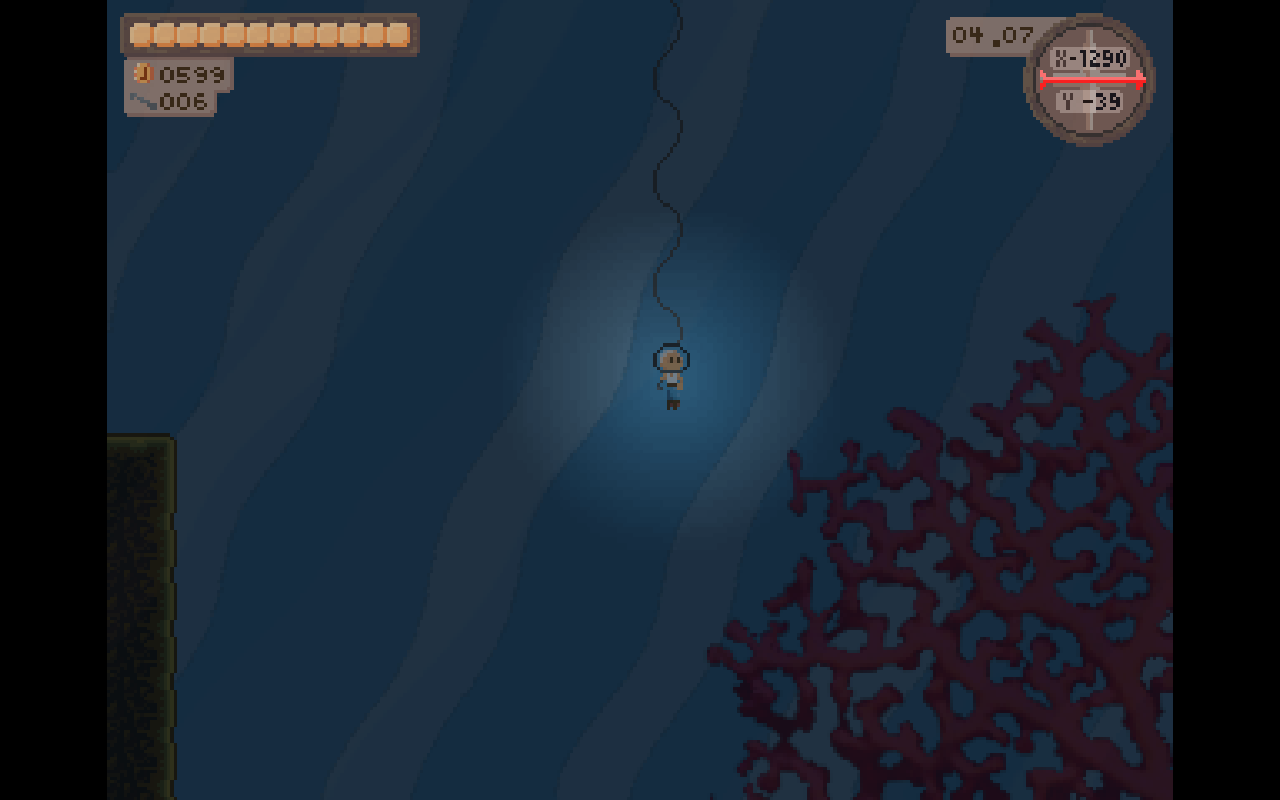 Anyways, on to more good stuff. Some great stuff actually. I'm talking about the aesthetics. The music and art alike in the game are a solid 10/10. Beautiful. Gorgeous. Glorious. The retro-like pixelated art-style is beautiful, utilizing a nice color pallet, good animations, and unique visuals. It's got such a defined style, somehow finding a way to fit in with all the bizarre things of this game. Treasure Adventure Game's hour-long soundtrack(http://robitstudios.bandcamp.com/album/treasure-adventure-game-ost) is one of the best I've ever listened to. Using a unique chip-tune style, it never ceases to be fitting. It's such a good OST that I've had multiple pieces  of it's music in my VGMC listings before. It's got such a variety of places in this game, and both the art and music fit all of them.

Now lets just talk about the atmosphere and story. The story is mostly told through dialogue or books, but it's not bad honestly. I'm usually eager to read what's next in the book, making me feel like an excited kid turning the next page to immerse myself deeper into this entrancingly rich world. It's got good world building as well as good lore. Even characters I didn't even expect to get backstory came out of no-where and blew be away. The game is just a grand, adventurous experience. The day and night cycles make the adventure all the more grand and epic. WIth everything you go through in this game, and with everything you intake during the adventure, it just sparks joy and fun and, well, adventure! 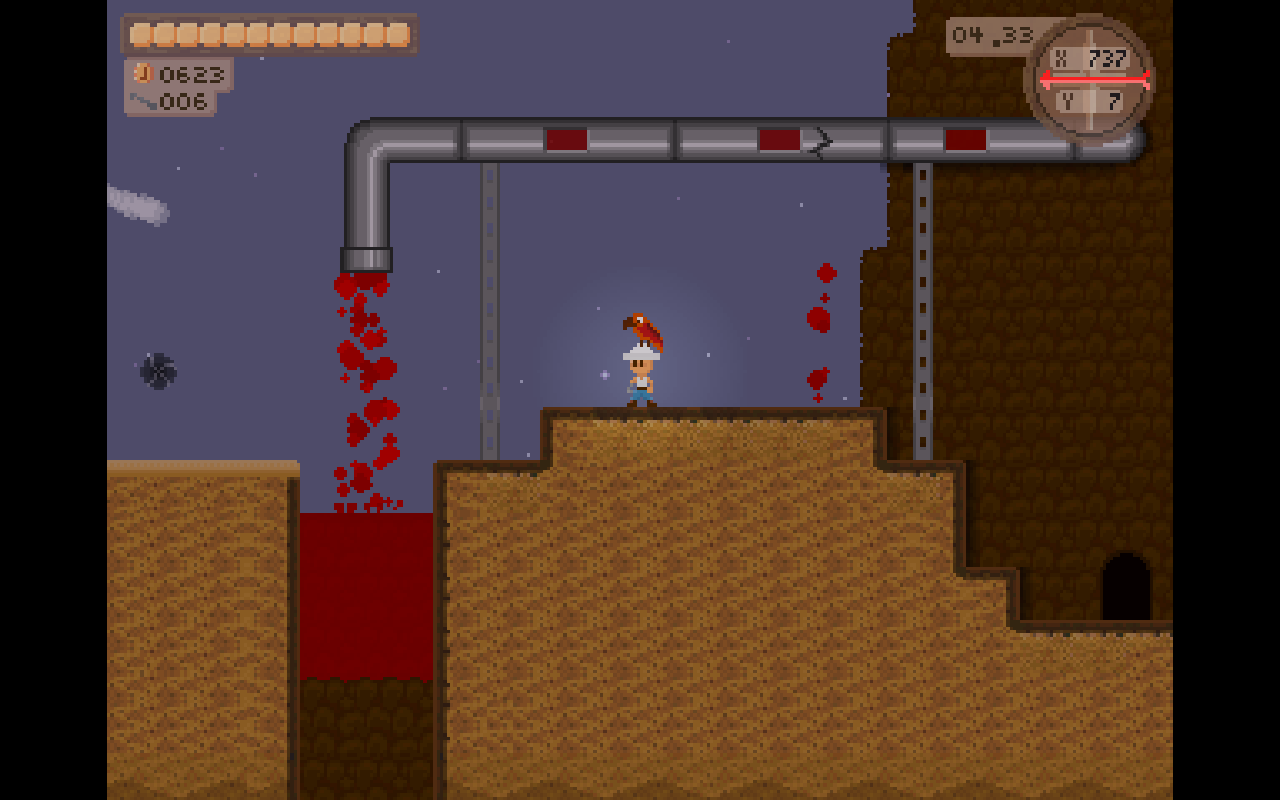 This is honestly my second favorite game I've ever played. It's actually my favorite indie game I've ever played as well. I cannot praise this game enough, as it has changed me. The experiences that this game has brought was amazing, truly something I appreciate. I love you Robit Studios, and I hope that your re-imagining of this game, Treasure Adventure World, does phenomenally well, because you deserve it. 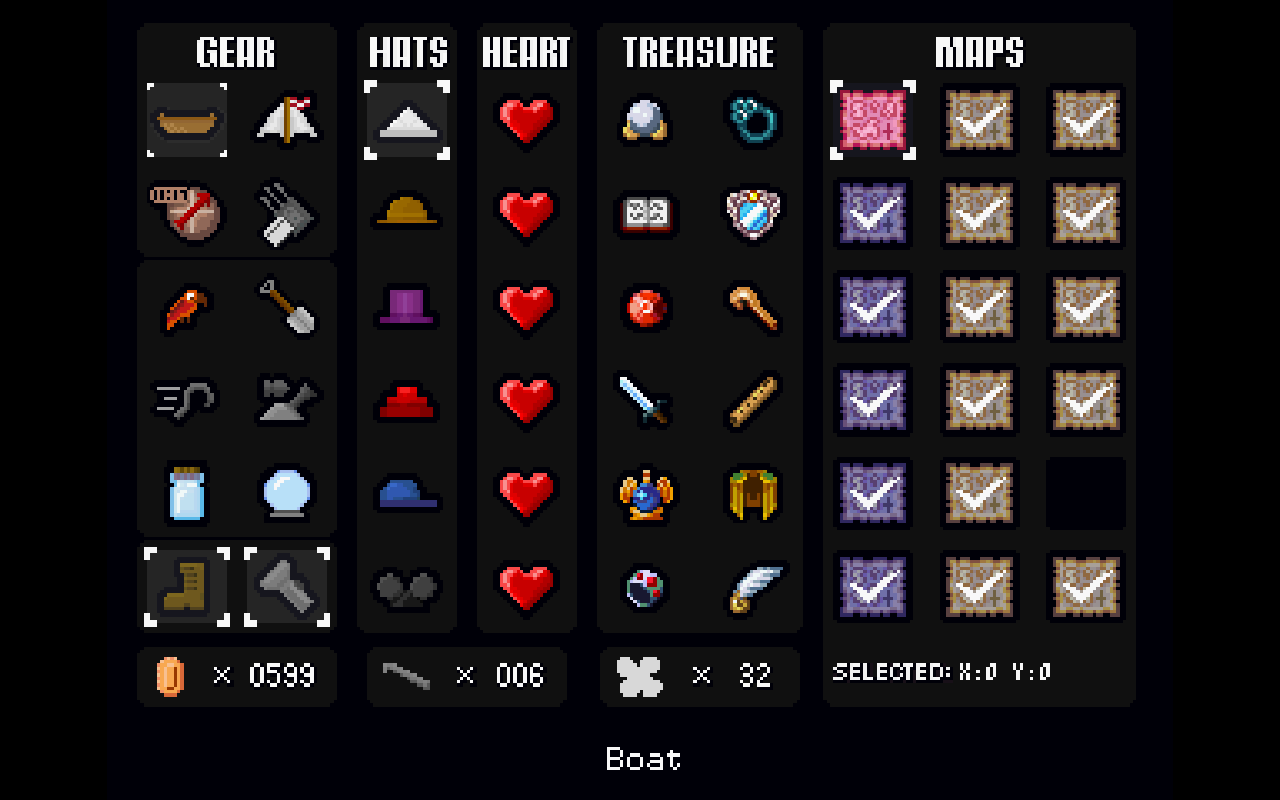