I've spent almost 54 days playing Europa Universalis IV. I don't mean that as in I started playing it 54 days ago, I mean that I've put nearly 1300 hours into that game. And now here I am, sitting on my couch, keyboard on my lap, wondering how the hell it all happened. I've never found myself forcing a game away for the sake of my sanity, and yet here I am. Couch and all that.

For the uninitiated, Europa Universalis is a series about staring at a map long enough that your eyes start to bleed and the Old Ones awaken from their eternal slumber. Watch as your colour on the map expands and contracts in an historical simulation that spans history from the Renaissance to the end of the Napoleonic Wars. As someone majoring in history, this shit was right up my alley. To rebuild the Roman Empire, to fully realise the dreams of Suleiman the Magnificent... that's the kind of stuff that gets me going.

What, this doesn't look interesting?

Playing this for hours every day, I would eagerly wait for the next expansion to add some little piece of content that made it ever closer to what a real-life scenario could provide. When I was in college, I would play this in my dorm all day and all night, wasting away what time could be spent on nearly anything else. This would be on in the background for days, where I would just pop in for a bit and then do something else. It had taken over a good part of my life. Hours continued to pile up until just a couple days ago when I thought, "Hey, you know what would be fun to play? Literally anything else."

I was in the middle of a Persian campaign, one where my goal was to expand the state into an empire that would span from India to Egypt. About twenty hours into the game, I began to feel... weird. I was more anxious than normal, and I noticed that I would exhale deeply when I closed the game, like I had taken a load off of my shoulders. It wasn't that I had the urge to play it all the time, but rather I would play it because it was the easy thing to do. It was like being in a relationship for the sake of being in a relationship; you think you can't get anything better and so you settle. You're way better than her anyway. She thinks Fred is funny and the only band she listens to is Mariana's Trench. Wait, I dated a girl like that in eighth grade. I hadn't even planned that. The point is, disconnecting from the game felt like getting rid of a bad girlfriend.

It's a part of this larger idea that I've been experiencing for the past while now. I don't want to play games anymore just to pass the time, I want to feel compelled to play them. I have such an enormous backlog of games that I never thought I would beat, but removing what had become the biggest time sink in my life has made everything so much more enjoyable. I remember reading a blog by Occams where he described something similar, and ever since then I've been realising the same thing he had. I can't be spending my time on something that brings me no joy, and Europa Universalis unfortunately became exactly that. Uninstalling the game, I felt relieved that this was over. But then little boy Jason comes up and drags me under and SHIT- 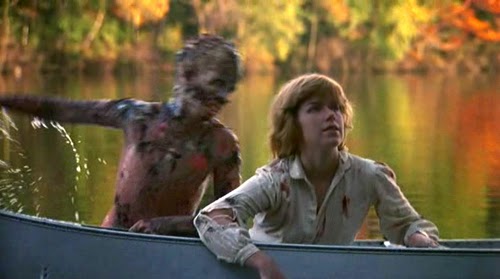 I'm thankful for games. Some of my earliest memories are of playing Super Mario Bros. 3 on the NES with my brothers when I was (funny enough) three years old. They've never diminished in importance to me, but I want to be more focused on what drives me to play. The night that I uninstalled EU4, I sat down and played Mario Maker for a good couple hours, wrapped in a cozy blanket, only the light of the screen illuminating my whole room. It was bliss. Something about the simplicity of Mario brings me joy like no other game can. So while this might not be my Thanksgiving, I want to show thanks to my favourite medium out there. I look at all these games I can play and see great stories that I just haven't experienced yet. There's something wonderful in video games, and there too is something wonderful about abundance of choice. It might be hard to pick, but I often find myself surprised at how much I love a game I never paid much attention to. Speaking of which, there's this little game I recently purchased that's very quickly grown on me and I would like to play it now.

Thanks for reading, I hope you enjoyed it! If you didn't, that's cool too.
<3