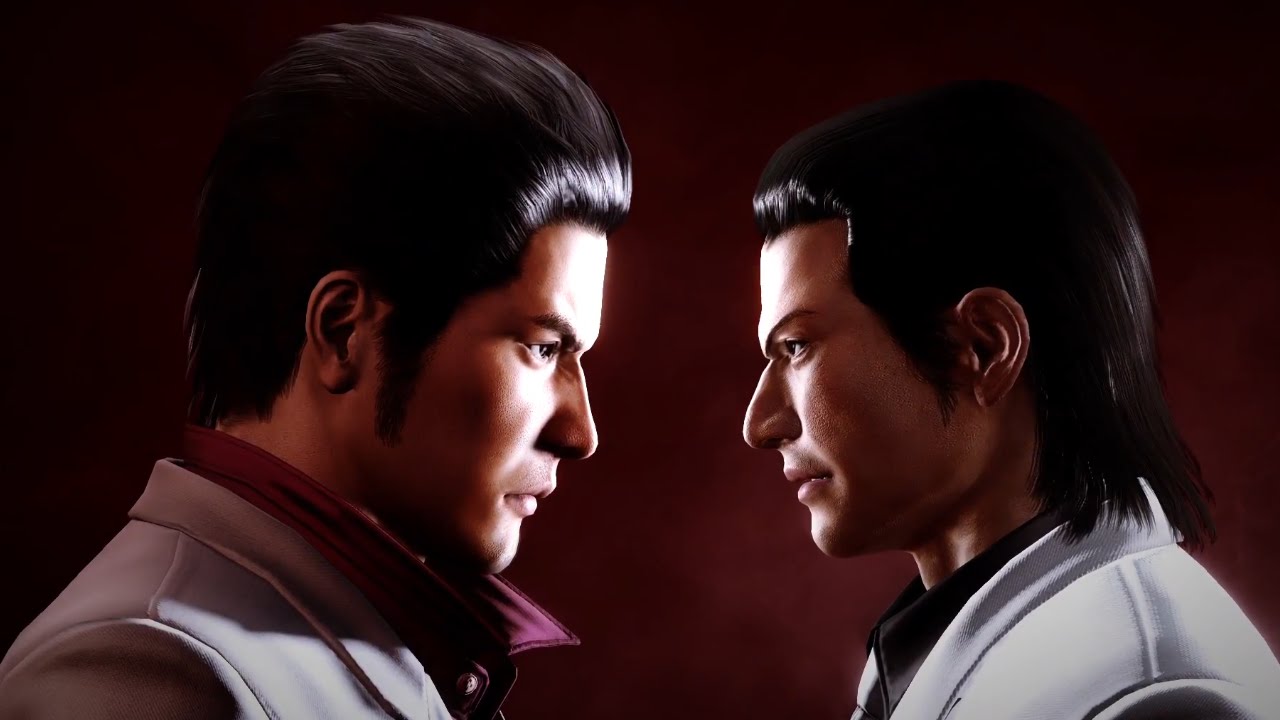 Trial of the Dragon

Toshiro Nagoshi's action-adventure flick from 2005 has had its 10 year anniversary last year with the announcement of a new sequel in the long-spanning series about ex-Yakuza turned foster father Kazuma Kiryu. It is titled as the 6th entry, and will close the book on Kiryu's story. I'm here, however, to talk about his beginning. Sega did the unthinkable and also announced a fully-fledged remake of the very first Yakuza game, subtitled Kiwami (Extreme).

People generally say that it's a good idea to start from the beginning, in order to get a better grasp and perspective on the span of the story. My adventure with the Yakuza series didn't start as far back as 2005 but rather 2014 with that of Yakuza 4. Safe to say that I wasn't too bothered about my introduction. If Kiwami, however, were to be your entry point then you'd be in good hands because it is everything that people would expect a remake to be, for better and worse.

For the sake of avoiding spoilers for the upcoming Yakuza 0 I will refrain from mentioning it too much outside of borrowed gameplay mechanics, and simply focus on what has changed from the original game and how much has stayed the same. In regards to the story. It begins in 1995 with the Legendary Dragon of Dojima Kazuma Kiryu, celebrating the birthday of childhood friend and love of his life Yumi Sawamura, alongside his other childhood friend and sworn yakuza brother by blood Akira Nishiki, and the owner of their favourite bar New Serena named Reina.

The celebrations and congratulations keep coming as Kiryu is on the path to becoming boss of his own family, securing a chance to steer the Yakuza in a less violent direction as inspired by his foster-father Shintaro Kazama. He commits himself to one last job before his position is secured, while also scrambling cash from his associate Shinji Tanaka to buy a ring for his sweetheart Yumi. Things are all fine and dandy, then Goro Majima (a recurring fan favorite of the series) shows up to challenge Kiryu--giving idle threats and foreshadowing of things to come. It all comes to a head when news of Nishiki and Yumi's absence from Serena is brought to Kazuma's attention.

The worst case of all scenarios has happened as Kiryu's own boss Sohei Dojima tried to rape Yumi, and Kiryu finds Nishiki having murdered the maniac in cold blood as revenge for his actions. It is the worst sin a man of the Yakuza can do, which doesn't bode well for anyone involved. Kiryu's well known papa bear heart compels him to safeguard his friends from any culpability and/or harm. Sacrifizing everything he's worked so hard to achieve, Kiryu takes full responsibility for the murder which earns him 10 year prison time.

These intentions, however noble, all serve as a stepping stone for Nishiki's descent into darkness and effectively placing the story on the top as one of the best in the series. In no small part due to the improved voice acting by Nishiki's voice actor Kazuhiro Nakaya, and the extra added scenes to the game.

In terms of story content, it is Nishiki's story that has gotten an extreme makeover with lots of new exposition added to his backstory, meant to help build upon the his transition from beloved friend to the despicable selfish villain he was in the original game. His motivations are more coherent, and none of it downplays the already straightforward but flawless story of the original. I'd argue this to be the best change this game offers.

I'm not one to quickly dismiss the stage of which the very first Yakuza game set at the time, but when talking about changes there are a quite a few in Kiwami that are very much welcome. The combat is basically copy-pasted from 0 with the 4 illustrious fighting styles that I've come to appreciate very much, namely Chinpira, Rush, Destruction and the classic Dragon of Dojima style; my favorite being the fast-boxer-esque style named Chinpira (Thug).

These 3 new styles have given Yakuza the kind of makeover it deserved with the release of Yakuza 0, and in Kiwami you are allowed to switch between them instantenously, even during mid-combos, in best DMC4 fashion. It's fast, skillful and broken extremities have never been more satisfying to inflict on deadbeat punks as it is now. It's when putting it next to the bigger budget spent titles like Yakuza 5, where you'll start seeing the lose screws. There isn't as much content, things have scaled down to just 1 playable protagonist and 1 district, namely Kamurocho.

Although, as opposed to the outdated interconnected feel of the first game--Kiwami delivers a more vibrant and seamlessly-opened-up Kamurocho with the improved camera work and density of the more recent released titles (ala Yakuza 0). This gives the setting of Yakuza 1 a more colourful feel that serves to compliment its modern look. It also brings a lot more personality to its vast array of characters both those relevant to the story and those relegated to side missions.

Kiryu's marriage counselling endeavor of introducing various faces to concrete walls is presented with a fabolous 60 frames per second just like the previous Yakuza 0 and let me just say. Yakuza has never looked better. 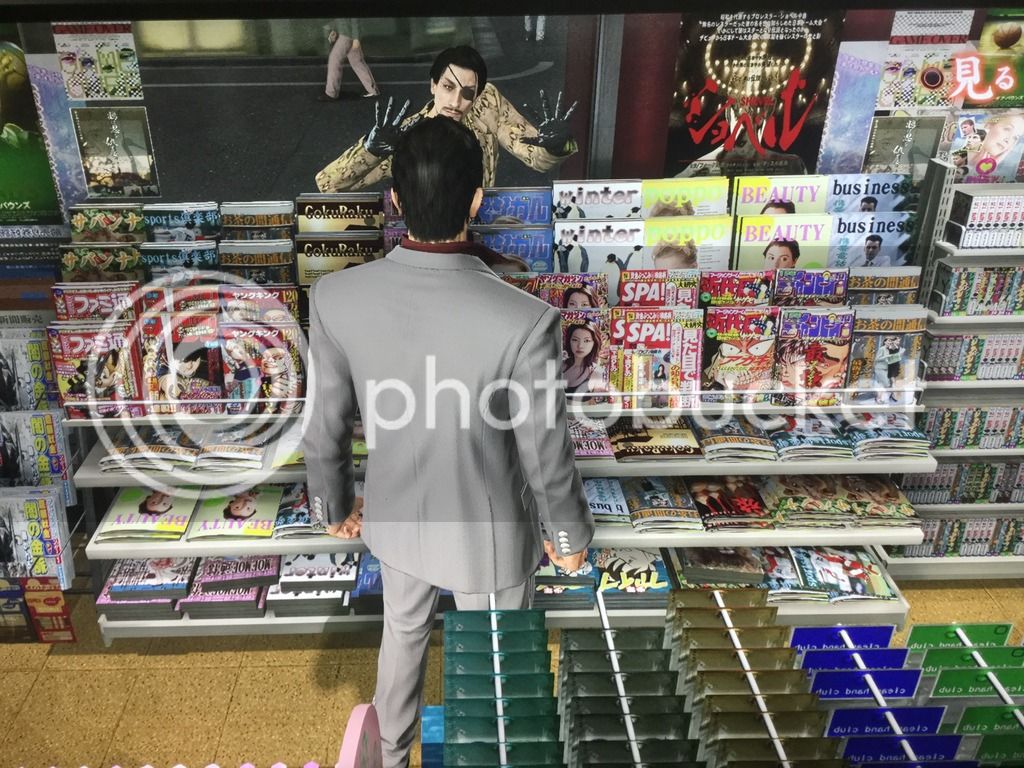 The amount of side quest are definitely still on par with what anyone would expect from Yakuza but with Kiwami there's a little something extra for long-time fans; excluding the side story mini-games based on similar mini-games from Yakuza 0 there is a feature called "Anywhere Majima". This is a new feature based partially on the "Extortionist" content from Yakuza 0, which involves Kiryu fighting Goro Majima, anytime, anywhere all over Kamurocho.

For newcomers to the series, this is a feature that might sound annoying but I assure you that it is not. It's actually partially rooted in the story, as Kiryu's first meeting with Majima alludes to this. The 10 years spent in prison has made Kiryu forget all of his abilities, and in best Metroid fashion you have to relearn them all again through some comical encounters with Majima. This can range from fighting him in a weirdly staged zombie scenario to a game of pool, bowling, darts, him hiding in a trash can, dressing up as a hostess, strip-tease. It's insane, just like him, but in a good way. It's fun!

Sadly, it also has its issues as the justification for Majima's constant fights with you throughout the story has to take liberty with an important plot element in which he gets seriously hurt. The game then needs to come up with arbitrary reason for how he's able to fight with you still, and it creates an unnecessary complication with the established plot that some might find irritating. 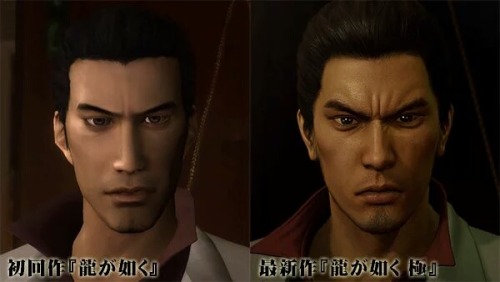 You will recall approximately 7 paragraphs ago I said that Kiwami is everything people would expect a remake to be "for better and worse". This is true, as the game is zealously designed to retrace every single step the original game made. Everything from the motion capture, lip movement, to iconic scenes like character introductions and so on have been recreated to flawlessly mimic its parent title with Yakuza 0's more cutting edge engine.

As mentioned, plenty of new scenes both in the main narrative and side stories have been added to flesh out the game's world even more, in order to make this remake a worthwhile re-imagining. This, however, comes at the expense of also retreading the same old tired mistakes of the original.

Sure, the world has opened up much more than before, loading times are no longer frequent when traversing the streets of Kamurocho, except when enterting a building. The combat is smooth, fast and generally a romp to play as it was in Yakuza 0. But the bitterness of the original game's design is showing itself in the otherwise delicious applepie. Much of the combat feels out of place with the tight corridor-based sections of the old game.

Many encounters with enemies come off as unnecessarily difficult to counteract, due to the game's design being based on a 10 year old game without much change. You'll find yourself going through various amounts of tight corridors, where the 3 new fighting styles cripples your options, most of the time they make the fights harder than they should be. The real issue is the seemingly indifferent approach to the overall boss fights that don't feel original or improved to fit the new combat mechanics which does the otherwise great game a huge disservice.

It also rehashes a lot of annoying elements from said game, like the outdated on-rails car chase section near the end (my version of hell) and even in Kiwami the shooting mechanics feel as archaic and outdated as some of its boss fights. This is rather disappointing when considering these are the guys who also made the excellent third-person shooter, Binary Domain.

The Yakuza series has never been one to subscribe to a high skill ceiling for its gameplay, but with the releases of Kiwami and 0 they've amped up the challenge in its combat to a point where it is still very satisfying and fun to play. You will find hours of content with its side missions and mini-games that range from fun (Karaoke, Insect Queen) to not so fun (Pocket Racer Circuit, Pool). Pool has never been fun in any game ever.

The musical score has also gotten a facelift with some incredible new results like the remixed final boss theme (it is good). If you've yet to experience the adventures of Kazuma Kiryu, then you certainly can't go wrong with Kiwami but your money are better spent waiting for the release of Yakuza 0 next year (or an eventual localized release of Kiwami).