I'm pleased to announce that I discovered a valuable truth in my life I wasn't aware of until previously; that hot peppers cannot physically cause your ass to bleed, although they may aggravate the burning pain caused from anal fissures. I know this because the last few days of my life has been a gruelling battle for toilet and stomach supremecy. Things just haven't quite been the same in my body since I participated in the 24 hour game marathon known as Extra Life, raising over 400 dollars for my favorite charity along with my faithful companion and brother in arms, my cousin RetroNarf.

I am not one to take a lack of sleep well. 24 hours straight, the last four of which were spent exclusively playing Ms. Pac Man, was a lot harder than I could have imagined. There were a couple of times where we nearly threw in the towel, and we took a break for an hour at one point to watch a documentary about video games because we just couldn't sit there and hit the fucking buttons anymore. But it was partly our fault. Partly poor planning in terms of our choice in games. We had considered a longer co-op based affair, but only ended up playing about an hour of Enter the Gungeon. For the rest of the time, we played every game in the Mega Man Legacy Collection, and most subversive of all, the infamous Mighty No. 9. I feel blessed. Blessed for having avoided the bullshit controversy surrounding Keiji Inafunes chewed up cud wad of a recycled IP. Because in the partly delusional 5 hours or so of game time, I enjoyed Mighty No 9 at least as much as classic games like Mega Man 4 and 5. It has obvious problems regarding a beyond cringe worthy presentation, and characters that are so generic and dull that it would be obscenely undersold to call them derivative. But it had some fun gameplay, a cool dash mechanic, and some pretty notably tricky and difficult sections, including a formidable final boss battle and some teeth gritting stages full of instant death traps that became insurmountable at around 5 in the morning when we were so tired we laughed at my cat farting for ten minutes straight and I almost pissed myself.

But while playing I couldn't help but to reminisce on the disappointment of the footage that had been shown, the idiotic and overblown (if we are honest here) "anime fan on prom night" bit that offended a lot of anime fans who apparently had a bad prom night (I just got pissed drunk on mine and grinded on the dance floor with a couple of coke addicts, but that's another story. And I like anime perfectly well.) and generally a lot of vitriol aimed in the direction of Kickstarter in general as a funding platform. They can't all be gems, and Mighty No. 9 is no gem, but when played back to back with the rest of the Mega Man series, it works perfectly fine. Mega Man is a favorite of mine. The first game can go take a whiff of Zyklon B for all I care; its controls are sluggish, the levels are brutal and unfair, hit detection is annoying, and the design of the game itself leaves a lot to be desired in the fun department. But it recycled the appealing idea of an Astro Boy-like character defending the world in a unique way and laid the groundwork for other good games that would materialize later on, namely Mega Man 2, which is the highlight of the series for me personally and a game I can play in myriad the same way some folks habitually pick up a newspaper or self flaggelate with a wooden spoon while their partner dresses in a dog costume and fucks the neighbours husband. You know, it's all very routine and easy to get into.

But really, Mega Man is an oddbal for purists. Most people who talk about liking it specifically like Mega Man 2, and a good majority of them haven't seen it through to the bitter end. Remember those turret things that could only be beaten by Crash Bombs and if you ran out of juice for that weapon or died, you practically had to intentionally game over and do the entire stage over again in order to take another crack at it? Yeah, that. Things like that are in all honesty the reason most people celebrate but don't actually tolerate or enjoy much of Mega Man. It's complete brutality, and that's arguably the easiest game in the series. 3 is maddening with it's long winded additional section, 4 has some truly irritating boss fights, and 1 is beyond practical in its annoyances to the point where everyone just says fuck it and cheats using a pause glitch to pass the majority of the tough fights near the end.

That's why I was really puzzled when Mighty No 9 was announced to some sort of heated fervor among...fans? I'm being a bit dramatic. I'm sure most of the backers of the game had at least a passing familiarity with the series. But when I would watch reviews or read articles on the game, a lot of the complaints I'd see were regarding mechanics long established as staples in the series. So much to the point that, if you took away most of what those players were complaining about, you'd be left with literally a completely new and different IP. Something that actually sounds just fine, but in reality, isn't what the people backing the game were actually asking for, and certainly isn't what the creators of Mighty No 9 were promising. 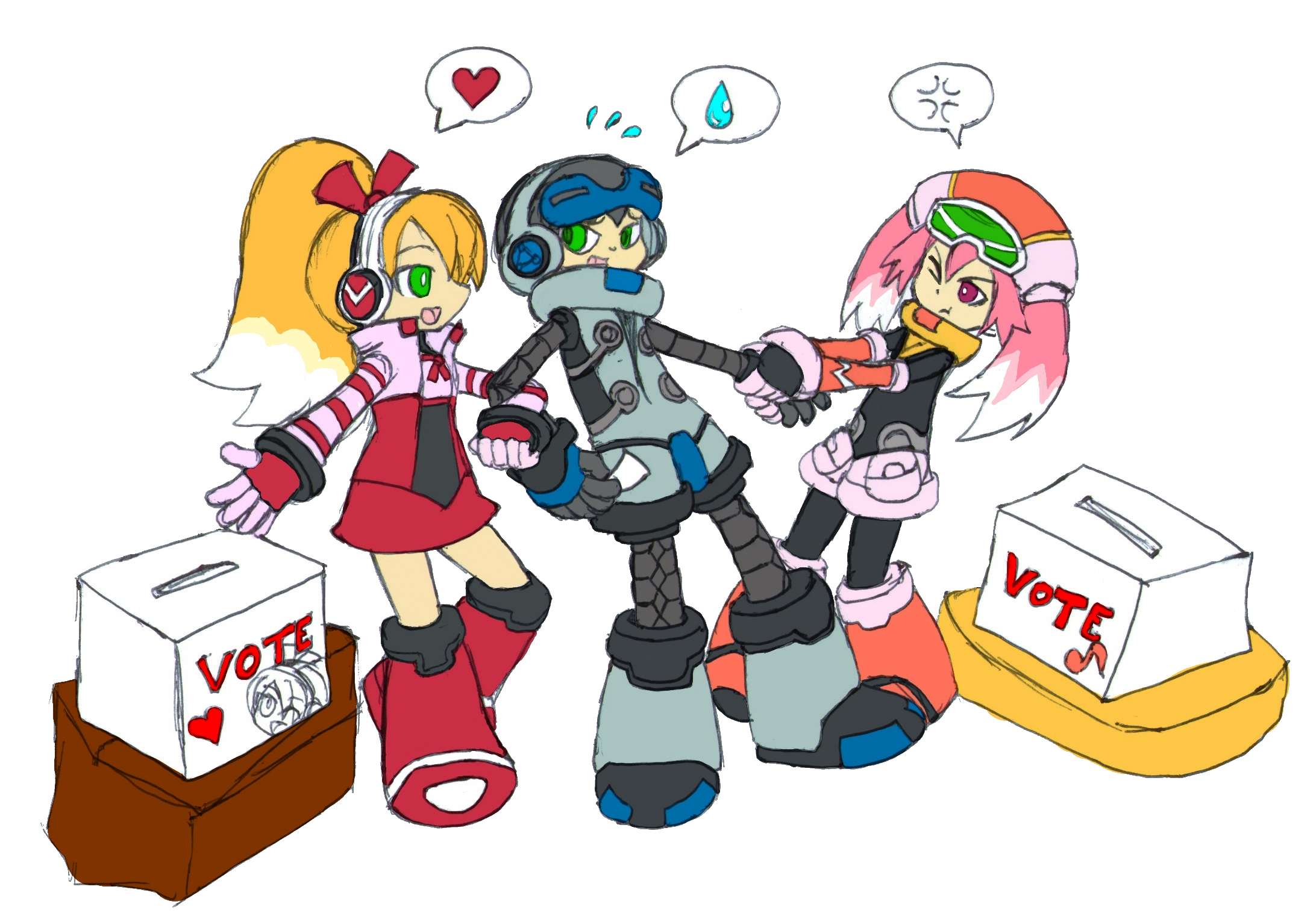 I guess I was confused by the nostalgia for a series I am certainly nostalgic for, but can recognize as being severely dated and time wasting for anyone but absolute experts. As a fan of these games, masochistic as it is, I was fine with these same issues cropping up in Mighty No 9, and liked a lot of what it tried to fix. Having your life count reset for each level is actually a great idea. Weapon power being restored through competent use of the dash mechanic is a nice touch. Yes, you have to repeat levels when you die; but what the fuck is the point of suffering no penalty at all when your lives eventually run out? Then it becomes a modern Mario game, clinging to old tropes such as extra lives when there is really no utility or reason to maintain them.

I wish it wasn't so ugly. I hate the cutscenes. I hate most of the character designs. I was building megablox with my daughter and put together a car robot thing in a few seconds and it looked better and less blocky than some of the robot designs in the game. The music is servicable but the audio mix is absolute shit. It's a game with problems, and I'm late to the game in talking about it, but I just spent the better part of 20 hours playing the Mega Man series, reliving all the fun and frustration of my childhood. A lot of it was fun, but proportionally there are just as many bad memories that go along with it. It's a love hate relationship.

But I'm a manchild, locked in my nostalgia. One who refuses to get old, move on, or lose that extra weight. Because whenever I get ahead and get that bit of extra time to myself, I just want to use it to write rambling nonsense or play a fucking Mega Man game. I'm glad at spending the time I did with Mighty No 9 and I hope they can get a sequel going. If Mega Man 1 was the foundation for a series of games that would continue to develop upon a solid foundation, I'd be willing to accept the possibility of new games in this new IP that is Mega Man not Mega Man. Because I had fun with Mighty No 9; it was everything I wanted it to be, all the negatives and pock marks going along with it, but it lost several points for style.

Now, I'm tired. And of course because I'm a self abusing git, all I figure I can do is go and play some more video games.