Raze 2 REVIEW - My Personal Favorite of the Arena Shooter Genre 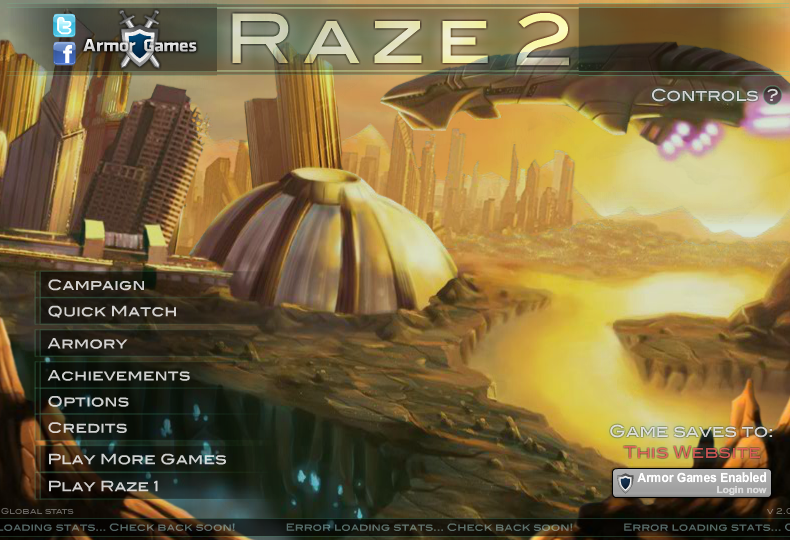 Man, do I love me some Raze. The first game in this awesome trilogy was one of my favorite 2D arena shooters, but then it's sequel came out. Raze 2 is everything the first was plus more! All new campaigns, weapons, levels, and more! I loved the first game to death, so don't be too surprised if I tend to compare it to this game a bit.

The combat is the same as the first: run, jump, and shoot! Mobility is just as important as your reflexes and accuracy. Each level has spawn point for weapons and temporary buffs that can be crucial to get, unless you're really good with the starting pistol. Running around and getting these things is important, and so is swiftly maneuvering up, under, and around everything, because just about everything is cover. Levels can be symmetrical or asymmetrical, so learning the levels and where all the random-weapon spawns as well as the buffs are ahead of time is key when trying to dominate the map. 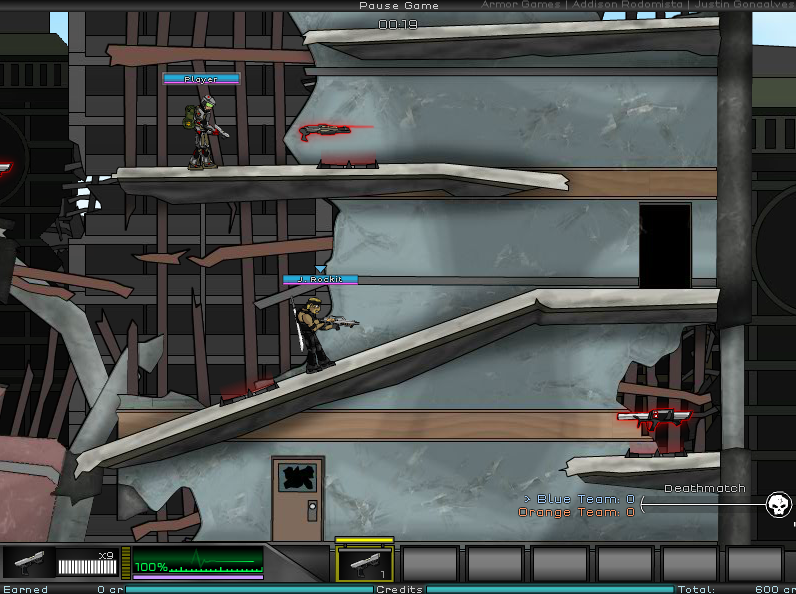 The new amount of weapons this time around is astounding! There are still the weapon slots there were before, but this time you can buy what specific weapon you have in that slot out of a selection from it's genre. These weapons are bought with the in-game credits you earn each game. You earn credits for doing the objective and getting kills, and can get bonus points for killing them in certain ways (take headshots as an example). Another cool bit is that you kinda don't need to buy any weapons. The starter weapons are really good for those who get good with them.

One thing I loved about the first game is that there was only one weapon for each slot, which made the game feel balanced as the characters can only have the same weapons. In this game there are a huge selection of weapons that work uniquely while still feeling like it fits within the genre of gun that weapon slot belongs to. At first I feared that the difference in weapons would lead to a more unbalanced game, but I found that this leads to a more interesting situation. Not only does it force the player to adapt to the armory of others, but each player's and NPC's armory adds character to them. 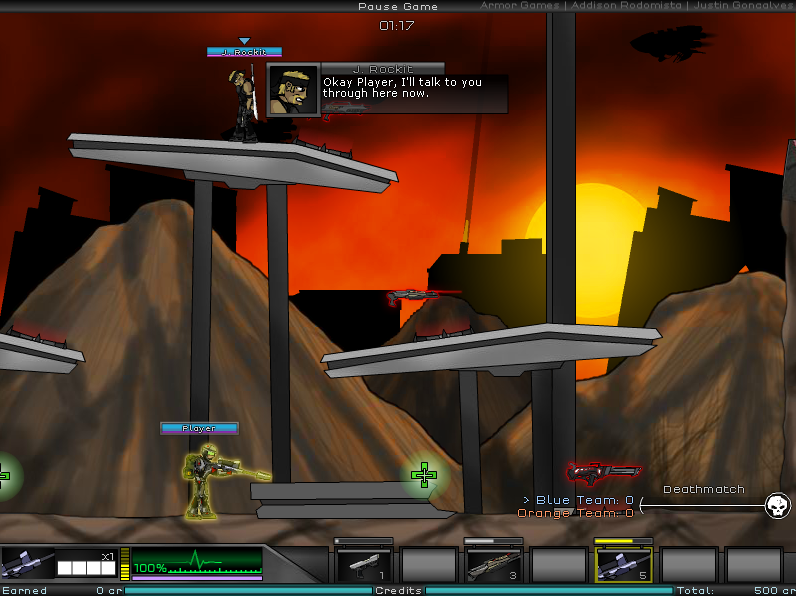 An awesome addition to the series is the perks, dubbed abilities here. Once you buy it via credits you can equip it and with the literal press of a button you can do things like resupply your ammo, regain your health, or even teleport(although you have you have bought a micro transaction to unlock that, but hey, these devs need support so they can keep making FREE games, so I'm cool with it)! These abilities can be fun to use but also a pain to deal with. *cough* land mines *cough* Things like healing isn't too overpowered as the cool down time is long enough and there are plenty of quick kill weapons for those who are skilled enough.

This game has a rather simple, streamline narrative. It's a simple cutscene (more like a slideshow) shown between each campaign mission, which are just arena battles with a random game mode and narrative context provided in the description. It's small, but I like the NPCs in the campaign, or the human one at least (there's a human and alien campaign). Characters feel personal. The Alien Commander felt in-depth because of his constant teleportation and overall difficulty. They're fun to work with and against, and makes the world of Raze all the better. 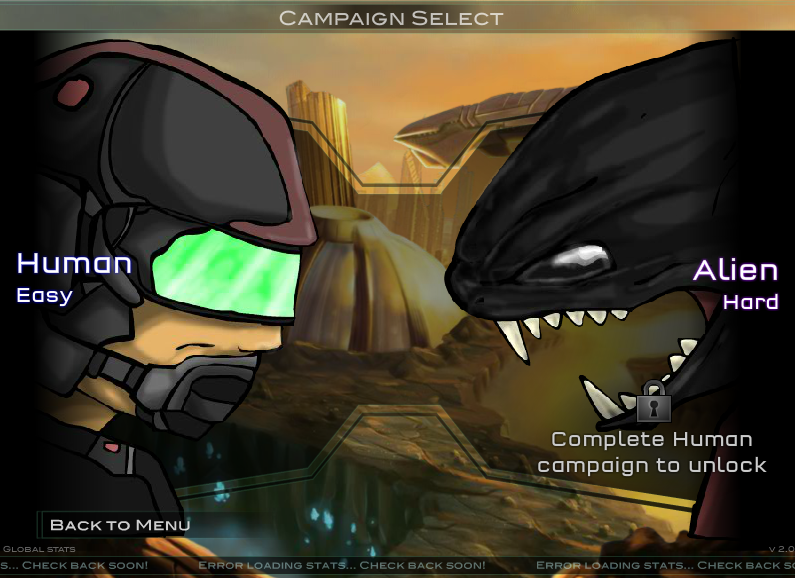 The aesthetics are awesome! Theres a much smoother, hand-drawn style to everything now. It makes the game feel a bit more vibrant, which is buffed by the constant flare of gunfire and shields and health. The music though, is where this game really shines aesthetically. It's got track from multiple people on NewGrounds, and oh boy are those people good. Every track is good, fitting, and pumps you full of adrenaline. It's catchy and add to the atmosphere immensely. There's a good variety in the tracks too, but none cease to impress me. Expect a VGMC on this soundtrack!

Raze 2 most certainly beats the original. What's with the second in a flash series being so much better than the original? There's Fancy Pants 2, Diamond Hollow 2, Enough Plumbers 2, and now Raze 2.