Straw Hat Samurai is a unique experience. It's 2D, but not a platformer. It involves lots of combat, but isn't exactly a fighting game. It's a game within that weird limbo of being a, vaguely put, action game.

The combat's main mechanics are simple. The player character, aka the straw hat samurai, is on a two dimensional playing field with no obstacles, but plenty of enemies. The main method of attacking is using the mouse to draw a line that determines where you, as the samurai, will slice. The samurai will then switch from his casual walk to a sudden dash and once he get to the line the seemingly teleports to the other end of the line. Then all the people the line was drawn over usually die. This can be spammed and can lead to some fast paced and even frantic moments in combat. 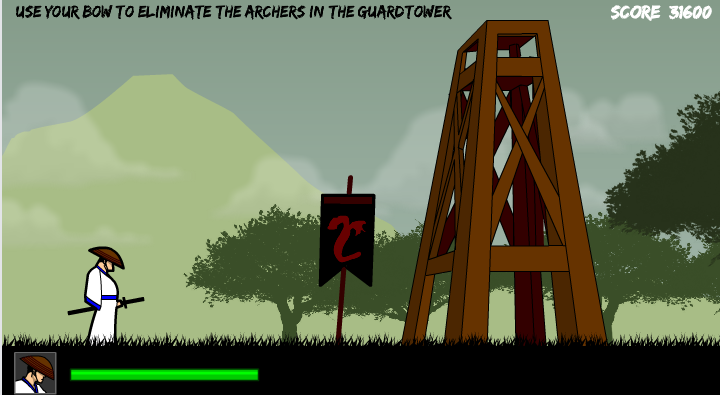 As overpowering as this mechanic may seem, it is far from it. Enemies can attack you while you're walking or even running to the line you've drawn. If you're not careful you might not get an enemy and they'll land a hit on you after you've sliced a line. Getting down the precision and your own play style takes some time, but can be necessary as the game progresses. I wouldn't call this game hard, but it does have moments where you can be taken out if you make too many mistakes.

There are multiple different types of enemies you have to deal with, all of which just run after you slowly until their respective mechanics kick in. Some just walk after you and take hits when you're not careful, while others will just charge at you. Some shoot arrows from afar to chip away health, and others can only be killed with extreme precision. Dealing with all of them gets increasingly hard as the game progresses, as instinct wants you to dash frantically through everyone while that isn't possible with one enemies. It forces you to take it slow and position your lines correctly while still moving around enough not to get hit.

There are a few complaints I have with combat. For starters, you get a bow, but it's close to useless and isn't near as fun as the sword. Secondly, most levels in the first half of the game require that you scroll the screen because the fighting plane is so long, but that combined with the fact you can dash off screen and get hurt by people spawning is annoying. At least in the second half the screen doesn't scroll so it's easy to dash back to a safe place. 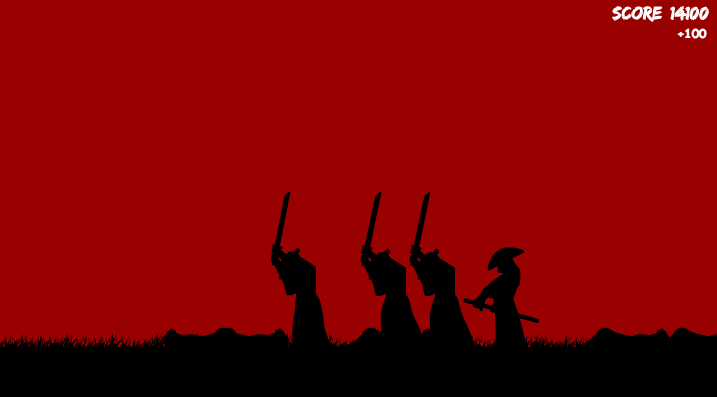 Let's talk about the second half of the game, also known as the strategy portion of the game. There are a bunch of hexes, and it's your goal to overrun the enemy's hexes with your own. Your forces grow with each turn, and you have to split them up to five forward while still maintaining your ground. Each hex has a number determining strength, ranging from one to ten. Well, sometimes these numbers are misleading, as I can have my 3 be unable to take down a two. When you try to take over an enemy's hex and fail, the hex you used to try is reverted down to one, making it vulnerable. For the most part it's consistent and isn't too hard to do, so it still provides a decent yet somewhat fair challenge.

A major part of the strategy mode is how you can move the samurai as many spaces as you want within your territory durring your turn. You can move him to a blank space or an enemy space, which is when he cannot move further. If you end your turn and he is on an enemy space, there is a short segment in where you engage in the combat from the first half, except the level is limited to screen and difficulty depends on the number of the hex. If you win in combat you automatically win over that hex. This makes the samurai a very valuable playing piece.

This game hold it's own aesthetically. The music is alright and fitting. The game is about a small war in feudal Japan, so the war music works. The art however, is great. The vibrant, bold colors outlined with noticeably thick black lines looks nice. Oh, and the way how when you get the final kill in a level everything turns silhouetted except the background, which turns red? Beautiful and dramatic in all the right ways. 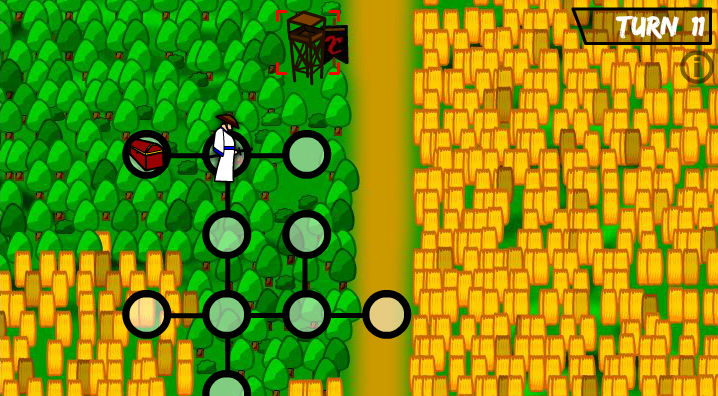 Despite a few flaws, Straw Hat Samurai is still quick, easy, and most of all, fun. It's a unique skill-based action game about slashing through your enemies with as much precision, skill, and grace as you can. It's even got a decently done strategy game simple enough for even people not into strategy to get into. The strategy even adds a lot of levels for you to explore, as each enemy hex is a level you can engage in combat with using the samurai. Kinda on the short side, but worth the play none the less.