My gaming life once contained a fair few rituals, full of annual or semi-annual replays of favorite games, but these days I just don’t have the time. What I’ve been keen to do recently is keep one game on a slow burn that I’ve never finished before or that I haven’t played in a long while and one game for a quick five to ten minute hit between other tasks that demand my attention. Presently that means I’m playing through Castlevania: Aria of Sorrow on the Wii U Virtual Console and keeping Smash Bros. on tap for that quick hit, since I never seem to be able to quit that game’s online modes.

But I can certainly write about some of my past rituals! 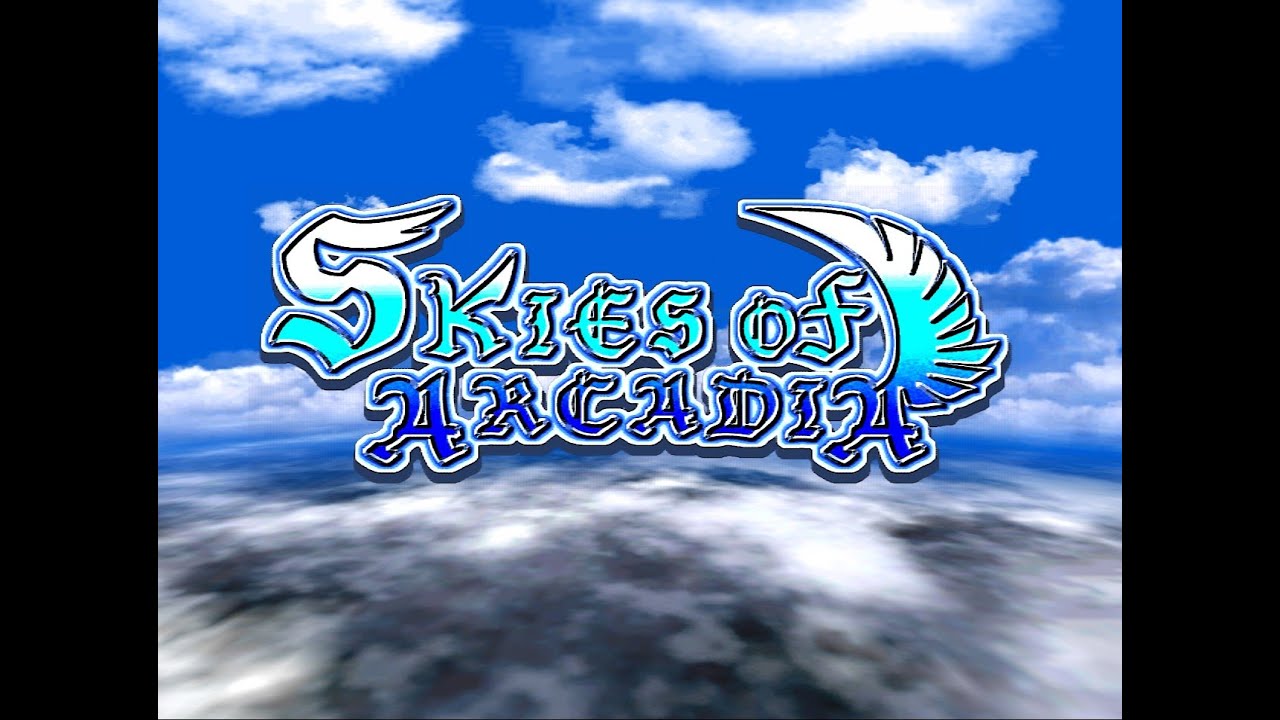 I would play through the GameCube release of this Sega classic RPG on the regular every summer for years and years after its 2003 release. Initially that was because it was the only RPG of note I had for current-gen systems, but it became a comforting trip back down memory lane of a personal favorite. I actually recently replayed this game through a fan-made ROM hack (which I review here on the Dtoid C-Blogs) that ups the difficulty and adds a few other refreshing changes to gameplay. It might be a while until I revisit those cloudy skies again, but the game is never too far from my mind. I like the GameCube, ok? But whether you also like it or not, you can’t deny it’s the single best platform for playing the original Resident Evil games. Every title in the series up to RE4 can be played on the system, that’s SIX games in total, and I would play through them all in chronological story order maybe once every couple of years or so starting with the much overlooked Resident Evil 0.

In truth, given the length of the playthrough, I would more often start this ritual than I would actually finish it. I’d usually get pretty distracted by some new release or another, but I’ve run through these games in order probably four times in all. I still have a lot of the puzzle solutions memorized! I would do the same for the Metroid Prime series but that one took quite a while to wrap up on the Wii, so I probably only ran through all three Prime games once in order.

Oh yeah, I used to write my own guides

When I was a student busy not doing homework, I would spend probably a few hours at a time drafting up my own guides for games I really liked that I would call “abbreviated guides”. These weren’t wholly original guides, they were based off of the sequencing of an online GameFAQs guide or an official book guide, but they would use condensed wording so I could glance down at bullet points and know what to do at a moment’s notice for the next few minutes or more of gameplay. 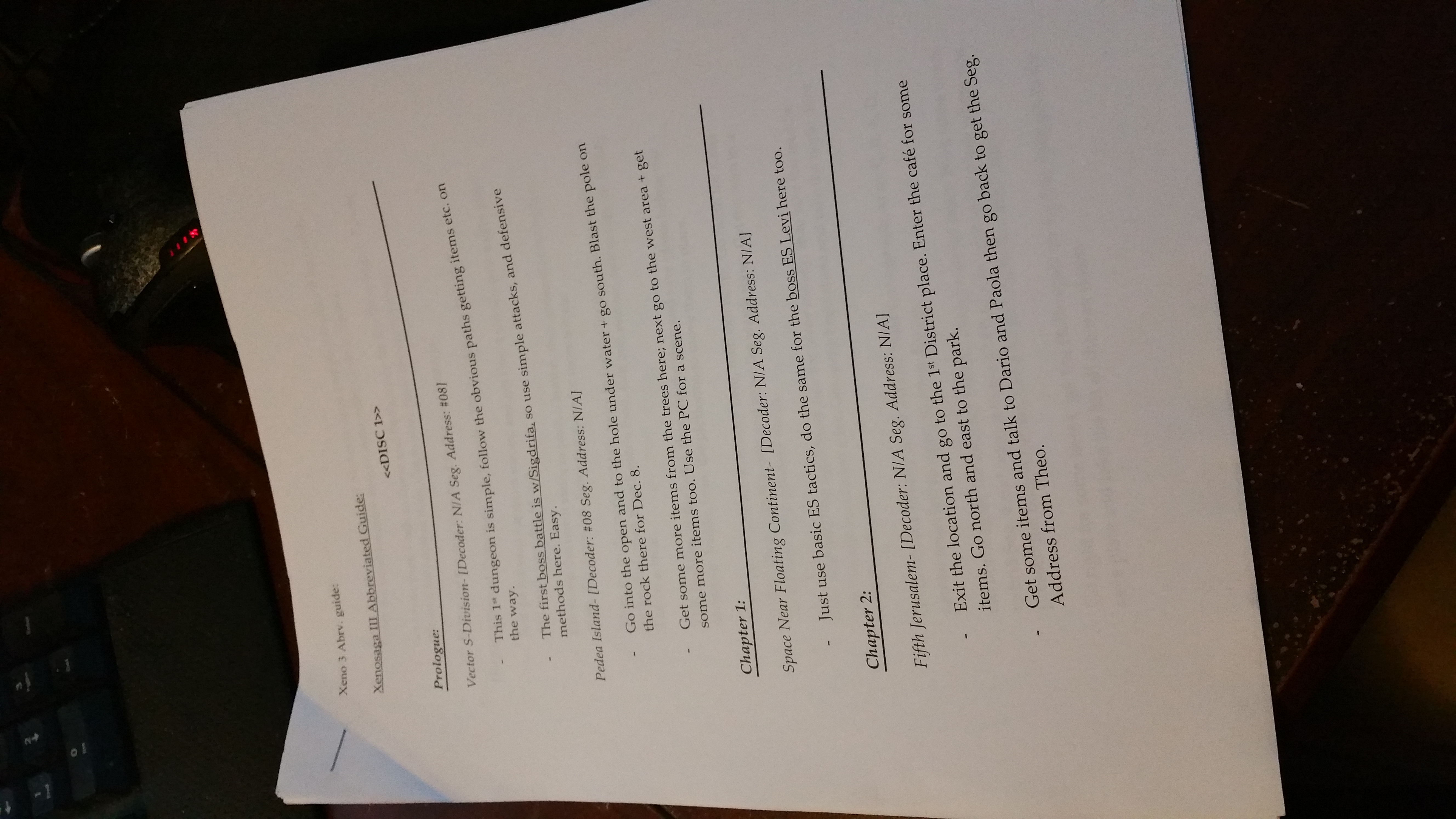 Normal guides would often contain wordy paragraphs explaining things in great detail and it would take long to read and be easy to lose your place in between looking up at the screen. When I was younger, I would play games with guides on my first run, but as I got more confident I would only use them to snag all the stuff I missed on a second playthrough. Where the abbreviated guides would come in was when I wanted to just play through something like Metroid Prime or Resident Evil and not get bogged down in unnecessary backtracking, just cruise easily forward the whole time. As you can see, I had a bit of a system of shorthand at play with some of these guides, some of which I wrote by hand, yikes!

Back in the day, a game would rarely be played only once since I didn’t have a ton of money, I didn’t get my own car until college, and until I got a PS2 my Nintendo loyalty meant I was often faced with long droughts of game releases. So in order to spice up a replay I would do one of two things – I would speedrun through the game with the help of one of my abbreviated guides or I would use something like an Action Replay to just blast my way through the game and see what was possible.

The speedrunning didn’t really last because writing those guides is fucking time consuming and monotonous, and I wasn’t about to memorize an optimal run like a real speedrunner would do. The cheating thing is still around, though! It took a big hit from contemporary consoles because after the GameCube era there haven’t been any simple cheat devices for console gaming. Online gaming, achievements, and firmware updates have all worked to put that whole thing to bed, sadly. But the silly fun of cheating never went away on PC, and I would rediscover that fun once I built my own setup in about 2010. Now, if I just want to goof off with infinite stamina in Valkyria Chronicles on PC, I can!

That about covers it for any rituals I used to have. The only other thing that could be considered a ritual is that I still sit and watch any game credits for a Nintendo title, I won't skip or do something else while they roll by. I just sit and read the names. It's my old Nintendo fanboy's last shred of existence, I suppose.