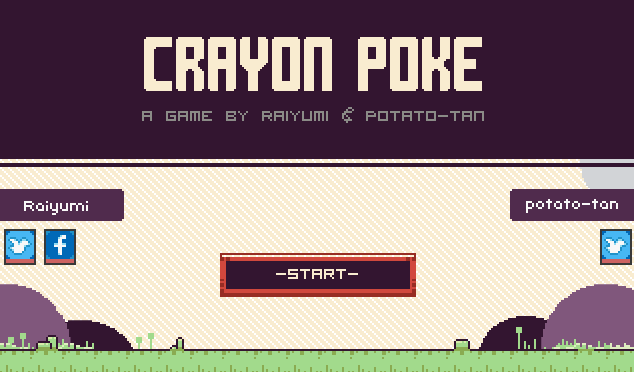 Crayon Poke is a game made in under 72 hours for the 2015 Stencyl Game Jam. That particular year's game jam has the theme "An Unconventional Weapon", and Crayon Poke sure hit that nail on the head. Being a Game Jam game, it's reasonable to expect a short but sweet experience, but like other fun Game Jam titles, such as Tiny Dangerous Dungeons and A Kitty Dream, Crayon Poke proves it possible that a small, 2D platformer metroidvania can be made and made well within such a small timeframe.

The basics of Crayon Poke are just like any other 2D platformer: run and jump. Running is at a speed that's fast enough for you to never get impatient, yet also slow enough to where you feel like you're immersed in exploring your little world instead of simply breezing by it. Jumping is solid as well, with a height that's just right for all the platforming tricks you are required to pull off as the game's primary mechanic is introduced and expounded upon. 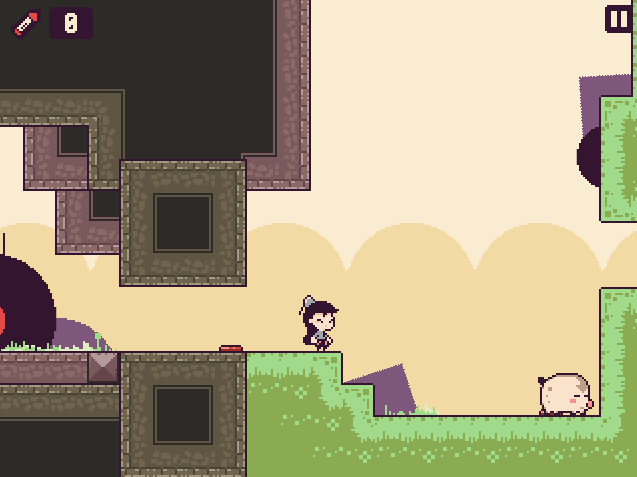 Speaking of the primary mechanic, I'm sure you could probably guess it. The unconventional weapon chosen for Crayon Poke is, of course, nothing other than a crayon. After a short while of exploring the world and adjusting to the movement mechanics, you receive your first of two power-ups: shuriken crayons! Thrown in the same style as in Depict1, you throw the crayons to lodge them into walls to make platforms. That is the whole mechanic. For such a simple usage, it provides good entertainment. It can be easy to misfire and hit just above or below where you need to hit, but for the most part this isn't too bad once you develop the rhythm for it. Regardless of how badly you may or may not suck at using them, be it just climbing up one wall that's impossible for one jump, or maybe jumping back and forth between two walls, using these crayons feels satisfying as you're able to explore areas previously unreachable. Just keep in mind you can only have up to 10 at once, so it's not a bad idea to go to a little refill ball when you miss your target.

Not that each area is too terribly different. I mean, you can tell the difference by looking and solving the different puzzles, but there are no distinct changes in the aesthetic design that are distinct enough for one to designate different areas of the game. There is enough backtracking and re-exploring for it to be considered a metroidvania, but I guess because the game is so terribly short once you get the hang of things it just doesn't feel like much. When I say short, I mean that I decided to replay this game right before the review and ended up beating the whole thing in what felt like 10 to 15 minutes. Again, short but sweet. 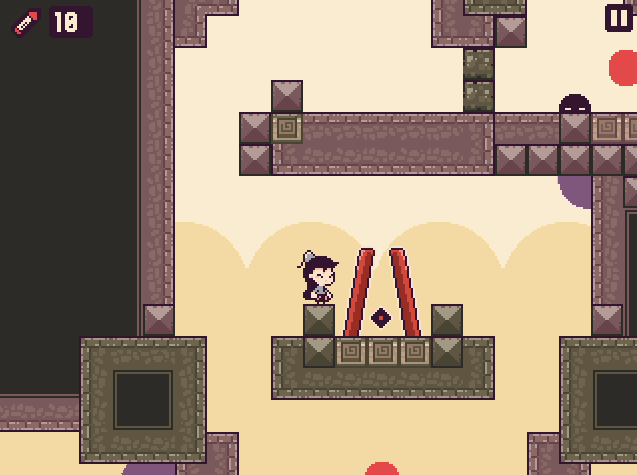 Even though there isn't much for distinction, I would still say the aesthetics are absolutely golden in both the visual and the musical departments. I adore the pixel art in every way, right down to each individual pixel.The colors are a mesh of pleasantly creamy greens, browns, purples, and, well, just cream. The world looks like a place I would legitimately want to explore, being a mixture of ancient ruins and grassy chunks of nature. The checkpoints, the doors, the cute little bouncy creatures, and just about everything else oozes this almost mysterious vibe that you could expect from ancient ruins, and personally, I absolutely love it.

The music, albeit a somewhat short and repetitive track, works wonders with the atmosphere as a whole. The mixture of chimes and flute is reminiscent of Wind Waker's Dragon Roost Island, and develops this adventurous vibe that really does make you feel like you're exploring the world. In conjunction with the fact that the player character has some really stereotypical oriental eyes, the track gives off a somewhat foreign feeling, which for me just adds to the mysteriousness. 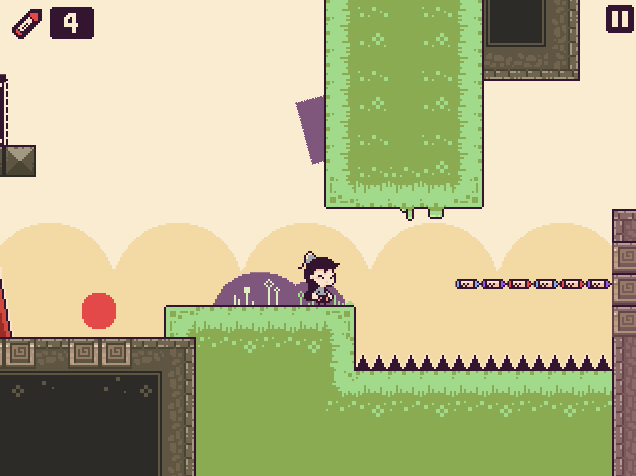 It's pretty clear why Crayon Poke won both the Ludum Dare 32 and Newground's Game Jam 15.  Despite being so dang short, it had enough identity, charm, and of course good game design to Unless you plan on going for the four secrets, it can be quick play, being devoid of anything too terribly challenging otherwise. If you have the time to spare and like yourself the idea of an unconventional metroidvania, go ahead and give Crayon Poke a try.