Chances are you've heard this comparison made too many times, and you've probably made it yourself a fair amount, I know I have. By now it’s mostly met with eye rolls for the unoriginality and laziness of the comparison, after all Dark Souls can’t be an apt comparison for so many other games, right? Well, maybe. When you look at the constituent parts of the series, which for clarity I include Demon’s Souls and Bloodborne, you can see parts of it reaching into all kinds of generic corners of gaming. Maybe by now the comparison isn’t the most original, but the mental picture it paints is no less accurate when you really think about it.

Looking at popular mechanics employed between AAA and indie titles – which more represents a binary rather than a range, these days – it should be easy to see how a lot of comparisons can be drawn with validity. That doesn’t mean Dark Souls invented everything, it does mean that Dark Souls remains a relevant cultural touchstone when making an easy or casual comparison. It’s not the genetic ancestor of these mechanics, but boy does it employ a lot of things we see most in gaming today. 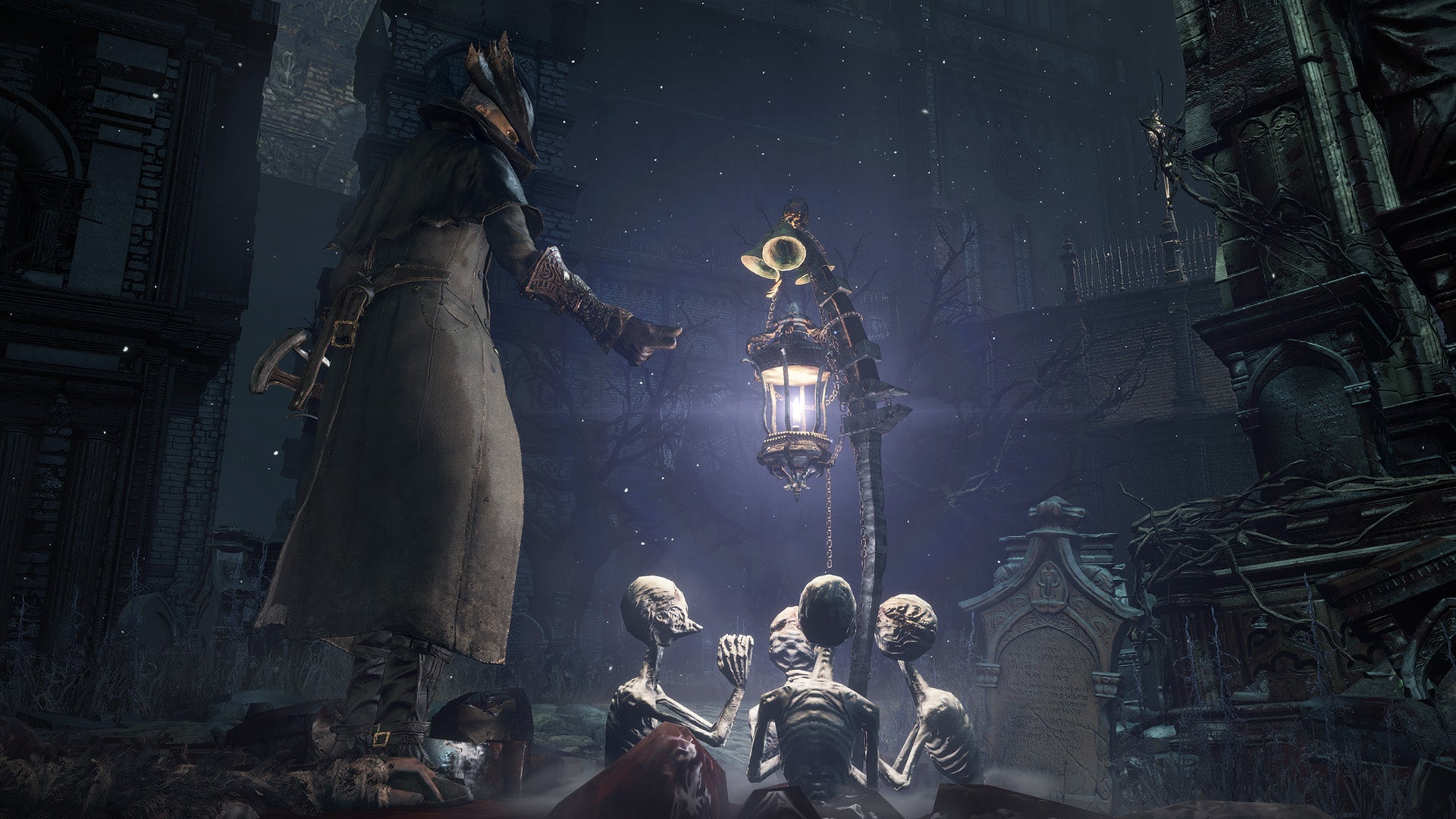 The most represented mechanic right now is probably the run-based or Rougelight aspect of so many games. You set out from a designated spawn point and run around until you make permanent progress or you die or you quit. When you respawn, everything is reset and you run the course all over again. It differs from normal checkpointing because the respawn points are usually very sparse and the idea that you’ll come back or restart from that point many times is part of the game. In that way a major draw becomes the loot grind aspect that has you farming particular enemies for particular or rare drops. The tie-in with a currency system for unlocking or upgrading components (souls) is also part of the run-based experience, although Dark Souls requires you to successfully return to the spawn point (the bonfire) in order to cash in its currency.

Now stop me if you’ve heard this one before, “contains RPG mechanics”. It seems like every damn game, with few exceptions, can be described this way, and it’s been true for quite a while before the Souls series got started. “RPG mechanics” is of course meant to indicate the game has some kind of visible stat system, leveling system, or even equipment system evocative of more traditional RPGs. Dark Souls is no different and so finds itself in yet another overlap of the Venn diagram making it only more prone to spring to mind when making a casual comparison. 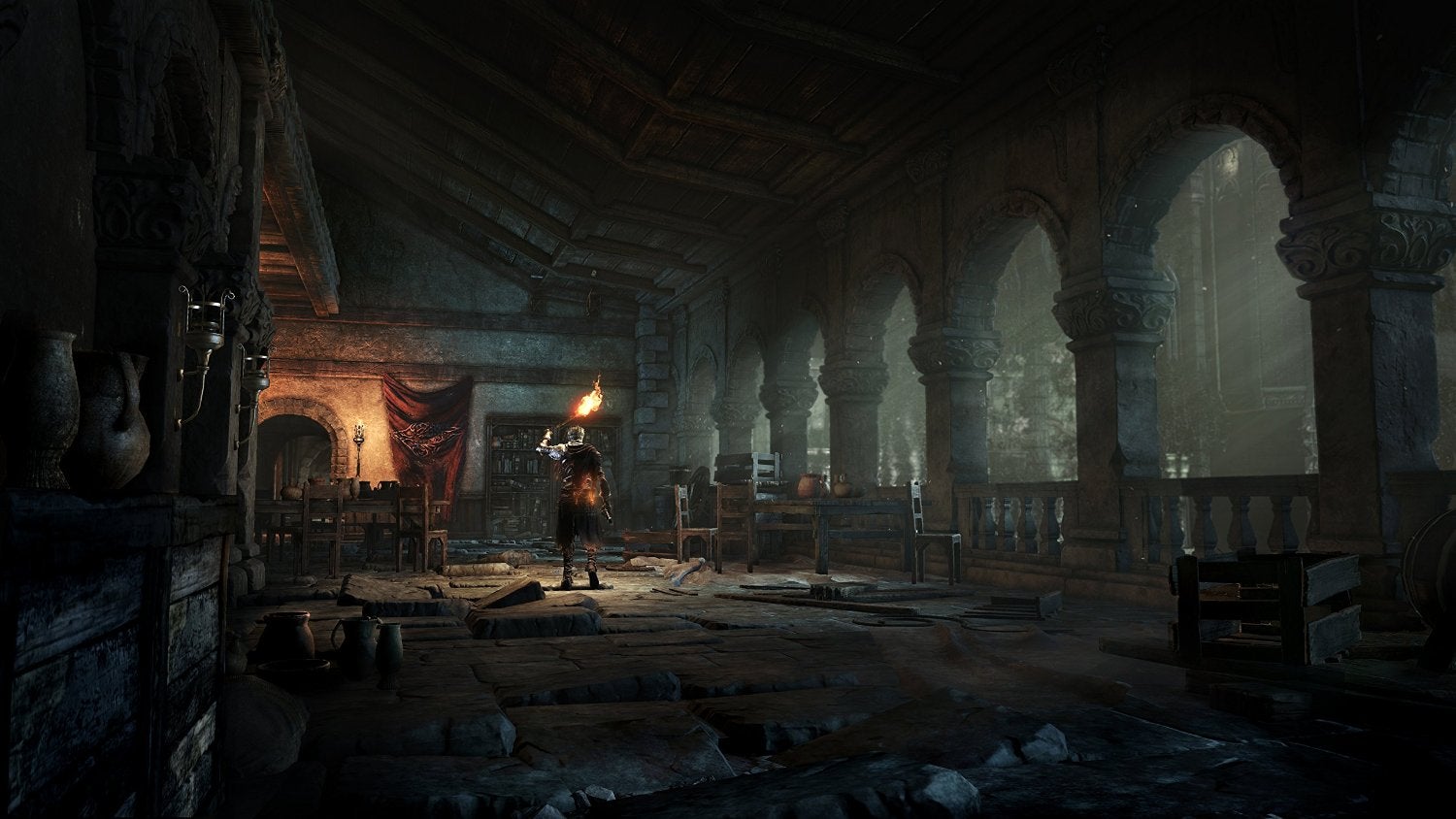 The combat in Souls, with its stamina management, is also ubiquitous. Many Eastern and Western games, from Monster Hunter to The Witcher all incorporate a comparable stamina system that tests the player’s timing and ability to maintain a certain flow of combat. Unlike slightly older third person action games, like Devil May Cry and its close cousin Bayonetta, these stamina management games demand less input execution and more timing execution. There’s usually no button combos involved, but enemy encounters require more examination and thought to take down. Again, Dark Souls doesn’t invent any of these concepts, but it remains conspicuous for using them as well as it does.

A return to difficulty is probably chief among the Souls descriptors, and that design philosophy is also in the midst of a popularity boom. As a reaction against the steadily decreasing demand on player skill and attention in popular gaming, many games have welcomed the increased appetite for greater difficulty. Demon’s Souls might actually be on the forefront of this particular trend in the AAA gaming space and, having released ahead of the indie boom on PC and consoles, it predates the popularity of highly challenging run-based indie titles like Super Meat Boy and Spelunky (though credit should also be given to Cave Story for directly inspiring the rise of 2D indie titles).

The difficulty has probably been the most long lasting comparison point, because it seems to be most people’s realization that a game can be compelling for its difficulty instead of frustrating. Up until that point, it had mostly been believed that older games were difficult because of even older arcade game design philosophy leaking into home gaming or because the practice of game design was so new that clumsy mechanics would simply demand a lot of player dedication. Since that time, many aspects of gaming have become standardized with an ever growing vernacular of unspoken logic between developer and player. What do you expect to happen when you press the right trigger in a first person shooter? What happens when you hold the crouch button? Even the concept of what the right and left analog sticks do is part of this standardization, and game difficulty was getting swept up in this mix.

The result is that the Souls series finds itself at the crossroads between a whole bunch of different and increasingly popular game mechanics in both the AAA and indie hemispheres of the industry. As a popular game series itself, it becomes little wonder why people kept using it as a reference point when describing or inquiring about other newer titles. While I agree that the comparison can be overused, the phenomenon isn’t without a good reason for existing. This also isn’t to suggest that the Souls series is at the pinnacle of any of the qualities I mentioned above, just that it seems to have its fingers in the most pies of any popular gaming franchise.