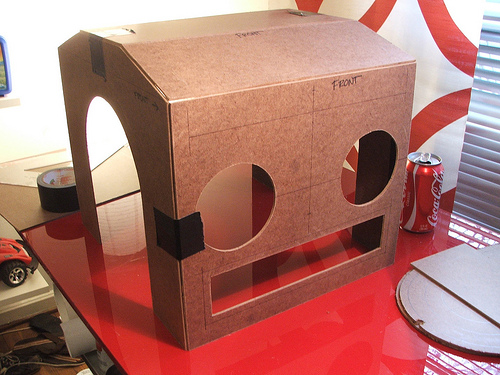 Recently in the QP's Jed brought up the idea of a Destructoid game jam based on the knowledge that Humble Bundle had just recently had a Game Maker special. Little did he know that I was planning one as well, but rather than just drop us into a jam with no knowledge, I wanted to first bring some info as to the basics of game maker and the concept of game jamming, as well as gather some interest to see who would be interested. Sorta similar to that Strategy Game night I planned a few months back and never got around to organizing, but it's going to happen soon. I swear!!! 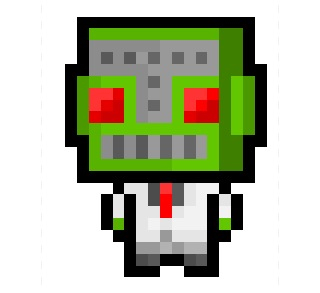 What is a Game Jam?

A game jam is a time limited run to make a game based on a central theme. They can be done for any type of reason and with any theme, the complexity of a game jam is all left up to its organizers. Some of the more famous ones are Ludum Dare a 2 day competition that has been around since 2002 and has produced the base for many popular games; Train Jam which takes place on a three day train ride from Chicago to San Francisco in the lead up to GDC; MOJAM which helped lay the groundwork for Vlambeer's Nuclear Throne; and in a way Double Fine's Amnesia Fortnight is a game jam but more organized and democratic than the usual ones.

Most of the time a game jams theme is not known so that creativity is forced within the time constraints and people aren't allowed extra time to make plans and think about implementations, but because we are Destructoid and most if not all of the participants will be amateur game makers a theme of "Destructoid" will more than likely be the requirement. It can be interpreted in any way from a physics roller using marbles on Mr. Dtoids face to a Visual Novel with Dale North being accidentatlly placed at an all corgi school. the choice is yours! But you need to know how to make a game first, so I figured we could give a month or so of time for people to learn the basics of Game Maker or whatever game making program they want to so that when the time comes to jam you aren't completely aloof.

Once the jam is complete a comprehensive page is made with all of the entries and at some winners are chosen and prizes distributed. With any luck Daddy Warbuck Mike Martin might be able to provide us with a prize for a community selected best game.

When the time comes to jam I figured we would make the time limit a months time as most of us have full-time jobs and taking 48 hours to make a game would be next to impossible. 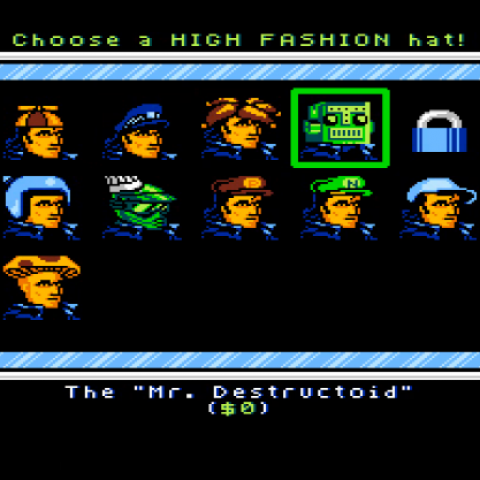 But how I make games?

Thanks to so many game making programs out there the possibilities are endless, Unity, Unreal and Cryengine all have free to use variants and of course the aforementioned humble Game Maker Bundle means a lot more people have both the program and source codes for games. The choice for many people is Unity because of the supposed ease of dropping assets in and programming some gameplay (see Public Enemy #2 Digital Homicide). Personally I use Game Maker to make my crappy little games that get half way completed then never touched again. I like Game Maker because the application is very good for making little indie like games that still require a moderate amount of coding to make it work. I learned most of my game maker knowledge through online research which is abundant for Game Maker. Below you will find a few links to good tutorials for Game Maker.

Tom Francis (the designer of the noir puzzler Gunpoint) made a long form video series on youtube that guides you through the very basics of making a game, this was my first taste of information and I highly reccomend it.

This is one I used to make the base for my magnum opus turn based strategy game, his channel is a little convuluted but search around for his stuff and it's pretty decent.

The Game Maker forum is filled to the brim with people probably asking the same questions you want to, so register and give them a search.

Alternatively the TIGSource forums offer a bit more advanced information thanks to their close knit community. (Fun Fact: RONIN got its start here)

Finally the help section inside the actual game maker program is INCREDIBLY helpful, information can be accessed almost instantly just by scroll clicking on most commands in the scripting window.

More information than you would ever need is out there with a very helpful community, so if you need help with something you can't find the answer to don't be afraid to ask me (http://steamcommunity.com/id/amnaumen/) or anyone around the Game Maker community.

Of course you will be allowed to use whatever game making program you choose. Hell, make a game in Excel if the spirit wills you! I am just most familiar with Game Maker and with the recent Humble Bundle figured a lot more people would have it.

What can I do now?

Read, test and play is the best thing I can suggest. They say to be a good writer you need to read every day, well to be a good game designer you need to play and learn how to code. So get the basics down and prepare for more information. Also leaving a comment here would help gather interested parties. I would like to try to make the jam run during the month of November which will not interfere with people travelling for the holidays of December. But I'm open for suggestions, so comment away.