Arzea REVIEW - The Magical Land of Everything Wanting to Kill You

*Author's Note*
As you may nor may not be able to tell, this is actually the oldest saved game review I have ever done. Arzea is one of my favorite flash games and I've compared a lot of flash and indie games to it since my initial review of it. Aside from slight editing here and there, this is a really old post (maybe 3 or 4 years). Hopefully it doesn't suck, and if it does hopefully I've gotten a lot better. I'll be trying to post more of my older game reviews, as finding time to write is a struggle and these old reviews show off soem games that really deserve some attention. Anyways, on with the review!

Arzea is an open world platform game, a genre I’d love to delve deeper into. You’re a wizard with no clue where you are, so you really just find yourself running around this foreign world, looking for all ten keys to escape. Along the way you find a wizard guy, who is not as cool as you, and tries to defeat you, and fails, twice. Its open world, but you can’t go everywhere at once. You need all the keys for that. 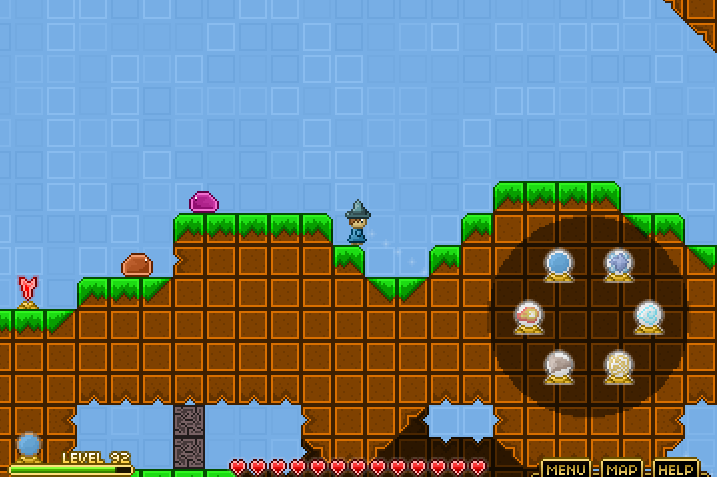 As you explore you gain six spells: Fire, Douse(water), Ice, Wind, Lightning, and Spire(earth). Each have two modes: Charged or Non-Charged. Non-Charged is fast and basic, whilst Charged is stronger and do something unique, like split the spell into three, or spread all around. Each work differently, and even have alternate uses. Douse puts out fires in your way, Spire destroys certain blocks blocking your path, Lightning activates a switch once in the entire game to open a door, Ice makes a bridge across the top layer of water, and fire melts those bridges. My only problem with these alternate uses was that they weren’t used enough. Yes they were vital to certain parts of the game, but ultimately you just stick to for favorite spell(or Douse, ‘cause it slaughters all).

You run around and do a few key things: Kill a wide assortment of enemies, actually progress in the game via boss fight or spell obtainment, or collect upgrades. These upgrades include jump, speed, and health. Jump is very useful for getting the other ones, so it's beneficial to get them first. Speed is just that, not much to it. Health, however, is a great way to give a real sense of leveling up. Leveling up is really just a bonus to your damage and charge speed for spells. Health upgrades let you tank more damage, making earlier areas seem less intimidating while keeping what’s ahead a challenge. These upgrades can be found mostly in secret areas that seem impossible to get to, but there’ll be a hidden path. 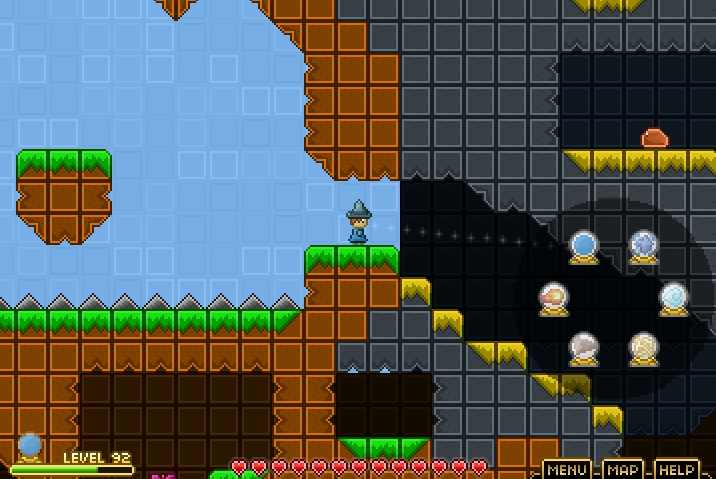 The enemies are in many different shapes and forms. The slimes, the jumping slugs, the ninja star turrets, you name it. They’re really all over the place, keeping you on edge as you're bombarded with a bullet-hell style of gameplay at moments. Some areas are more lenient towards certain spells, mostly the Douse spell of slaughter. As you progress into more and more areas you’ll find more and more unique monsters. The different parts of the world come in a decent variety, like a snowy one, or the lava-y one, or the one with just yellow grass. Each one introduces new stuff and has it's own atmosphere in it's little part of the world.

Speaking of which, let's talk atmosphere here for a second. The art-style is beautifully pixelated. It’s simple sprites don’t even look bad, and when there's so many of them it's easy to . Oh, and the sound design? Beautiful music. Just. Beautiful. It perfectly reflects that “exploring a mystical, foreign land” feeling Arzea gives off. 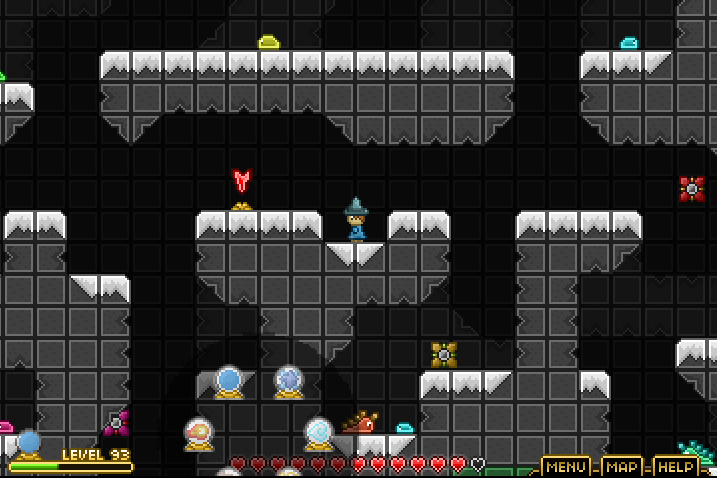 Now this seems like a great game, and it is. I enjoy playing this with lots of free time. Wanna know the best part about all this? Of course you do! Well this game was made as part of the Ludum Dare competition. What does this mean, and why does it matter? To answer both questions, that means it was made under 48 hours. A great game, made under 48 hours?! Two days? What?! Its crazy, I know.