This review assumes you have played through all of The Dig, because there will be spoilers. 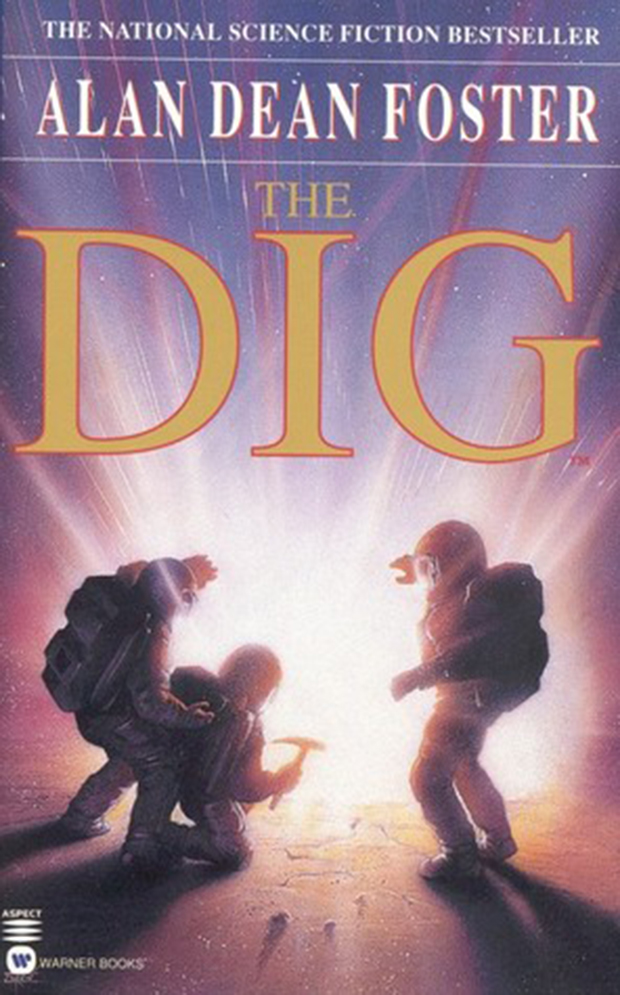 The first time I played The Dig was when I got the CD-ROM for it as part of the LucasArts Archives Vol. III; that came out in 1997. The second time was a few years ago when it came out on Steam.

I enjoyed it the first time I played. It was pretty, the mystery of the alien planet was enticing, the visuals were gorgeous, and the puzzles were reasonable. The second time I got bored halfway through, without the mystery the small cast and minimal plot were not really exciting compared to, say, The Secret of Monkey Island.

I have always been a fan of video game backstory and lore. I don’t know why though, after I heard about the novelization of The Dig (written by Alan Dean Foster), that I wanted to read it. Information about the game is sparse compared to other series, but it is still weird. Maybe I wanted to experience the story again without having to play it again, and get something new out of it.

The novelization follows the same plot as the game. An astronaut, Boston Low, a scientist, Ludger Brink, and a journalist, Maggie Robbins, are transported to an alien planet by a spaceship that they believed was an asteroid headed for Earth. Once on the planet the three attempt to figure out where the inhabitants are and how to get home by exploring the different spires and solving puzzles. Along the way Ludger is killed and brought back to life with alien technology but becomes addicted to the process and unstable. Low and Maggie find a single alien who explains that the other aliens travelled to another dimension in a misguided attempt at immortality and are trapped there. Ludger dies, Robbins dies, and Low is able to bring them and all the aliens back. 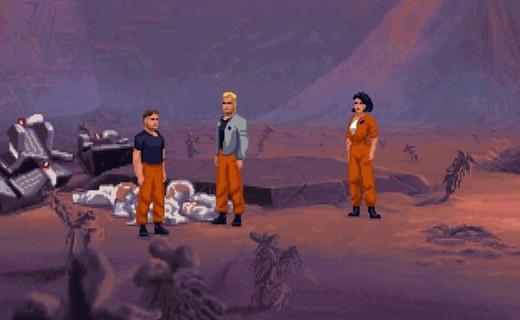 There are two additions to the story though. The first is a lengthy prologue that takes up the first third of the book, explaining the discovery of the asteroid, recruiting Low, the characters meeting for the first time, and an extension on their time up in space before the transportation to the alien planet. The second addition are the aliens, who in the game are a mystery until the very end, but here provide a running commentary on the humans as they watch from another dimension.

The extended prologue could have been useful as a way to give the three main characters more depth and explain their relationship better. And it does, a little bit, especially with Ludger, who gets some much needed characterization before his death and resurrection to show how different and awful his personality is after he is brought back to life. Unfortunately most of the prologue is spent on Low and boils down him saying “I don’t want to be here, I’m retired, woe is me” over and over again. There is also a fair amount spent on how the mission was set up, but I never cared. All I needed to know was that an asteroid was heading for Earth and needed to be diverted, not the politics of the mission.

It takes ninety pages to reach the planet and another forty for Brink to die. That makes the second half of the book the entire game.

While I was reading the first half of the book it felt like Foster was stalling, and when I got the part where the game really begins I could see why. The thing about The Dig is that the story is not terribly exicting. It’s mostly Low wandering from building to building, solving puzzles to get deeper into the compound. This works for a game because it gives the player plenty of obstacles to work through, but reading about someone else solving an adventure game puzzle by putting Item A into Opening B is not exciting to read about. Likewise reading about the alien environments is far less interesting than seeing them, though if you had never played the game you might be more wowed by the setting. The story does takes away some of the puzzle solving, no turtle skeleton here.

Some of the tedium is alleviated by a section where Low and Ludger walk around together. Even if they do not discover anything important the personalities speculating and bouncing off each is better to read than Low’s internal dialogue. I don’t get why Foster did not do that again with Low and Robbins. Instead he has Robbins fuck off somewhere for most of the book until she needs to be rescued by a monster. Between Robbins disappearing in the middle and her whiny, needlessly abrasive personality in the beginning, I get the feeling Foster does not like her.

The running commentary by the aliens, called Cocytons in the book, is not a welcome addition to the plot. While the Cocytons arguing about whether or not humans are dumb is amusing, their very presence ruins the mystery of the whole story. That’s what was great about the game, walking around Cocyton, feeling a little scared and awed by isolation the humans feel, with the amazing technology as only clues as to what the original inhabitants, that feeling is gone and replaced with nothing substantial. Like the prologue I suspect that the commentary is an attempt to pad out the story, but the book would be better if it was left out, trying the make the book longer does not make it better.

I really wanted this book to expand on the backstory of Cocytus, even if it was just describing miscellaneous facts of normal Cocyton life and technology, like the characters would deduce how some of the technology would work through observation. Instead I got shallow speculation, something I could have done myself while playing the game. The only exciting chapter is when they meet the lone surviving Cocyton and he explains Cocytus history and mindset for wanting to become immortal.

The Dig novelization is not worth the effort it takes to read, compared to the game. Without the visuals and the gameplay all you get is a regular science fiction story that does not do much with its premise. Just play the game instead, you will not miss anything.

I could not bring myself to play the game again. First I wasn’t sure if I should play it before or after I read the book, but decided to put it off until after I read the book. But after I finished I still couldn’t bring myself to read it. I put it off for several weeks, thinking I just needed to get interested in the story again, but I still don’t want to go through that again. I don’t even want to watch a longplay. I probably should for comparison, but I really can’t stand the idea. I looked at how long I played it last time on Steam and was turned off by the eight hours it said I spent on it.