To Hell with Backlogs 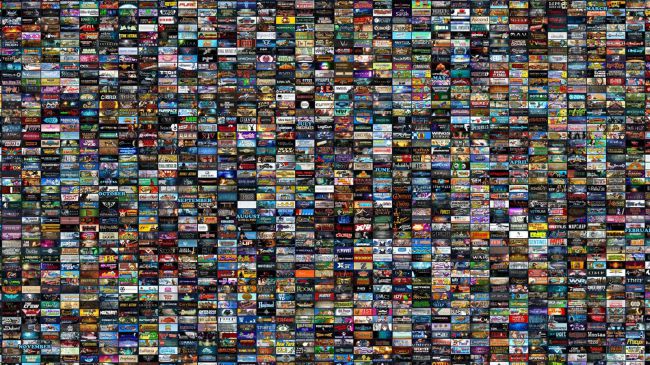 We all know that looming in the darkness, waiting to rear its head whenever we feel like we are making progress, is the dreaded enemy and taskmaster of anyone who seriously plays games. It is current year, the backlog still exists and for many and still remains an always growing threat for those wanting to finish off their collections.

I used to obsess over finishing my backlogs. There were points in time that I tracked the hours of every game I played, scheduled what games would be played each month and a projected finish date of big time sinks like RPGs. It was getting to the point that I was spending an equal amount, if not more, micromanaging the games I would play before even finishing them.

Responsibilities undoubtedly take over and with work and social activities we find more time slip away from us when it comes to games and more time partition itself to the real world.

It was only recently as I played my through a round of Blast Corps on Rare Replay that I realized just how trapped this backlog had made me. At first, I dreaded the thought of wasting time on a game that

a. I had already beaten before

b. Was not part of the monthly backlog schedule.

I was obsessing so much on finishing games, that I was not actually enjoying myself in the process. I would pat myself on the back for finishing a game, but never really remember my experience with it. No longer could I take a step back and immerse myself in the experience. Games were no longer measured by what made them great or not so great, but rather how much time I had left on the clock to complete another and balance it with other aspects of life.

Maybe it's odd that a Rare game from yesteryear on a cheaply bought compilation disk made me realize why I started playing video games in the first place, but it was this little moment that made me take a step back and decide this statement:

To hell with backlogs. 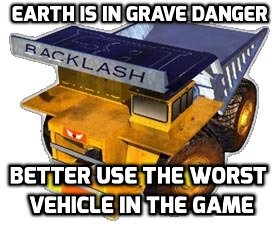 I finished Blast Corps that night and made my way through Battletoads Arcade and had a blast. I realized that I really wasn't enjoying my time playing through Phantasy Star and would be better served to drop it. I had a pile of games that looked incredibly fun to play and for the first time in a long time, my schedule was clear.

Despite what we tell ourselves, we can't finish everything. We tell ourselves we will but the simple fact is that there are too may titles out there, too many ways to play past and present games and too many new titles coming out on the horizon. I will continue to buy and play games that catch my eye, both big and small titles. I may end up missing out on "must play" titles like Witcher 3 or I may play it years down the line. I may drop games more often, asking myself the simple questions of "am I having fun?" and if I'm not, "why am I still playing?"

I've made the decision to move one from obsessing over being a completionist and focus on having fun.

For those who swear by defeating the backlog, I hear you and I support you. If you can make it work and find enjoyment out of it, you are much more dedicated than I am. For myself, though, I made a clear choice today and I have never been more excited to tear into new games.