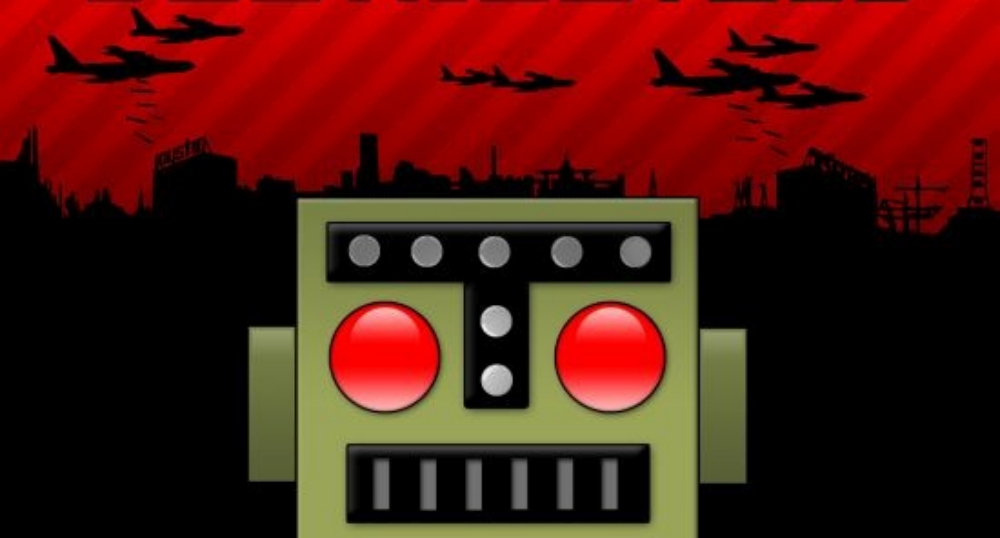 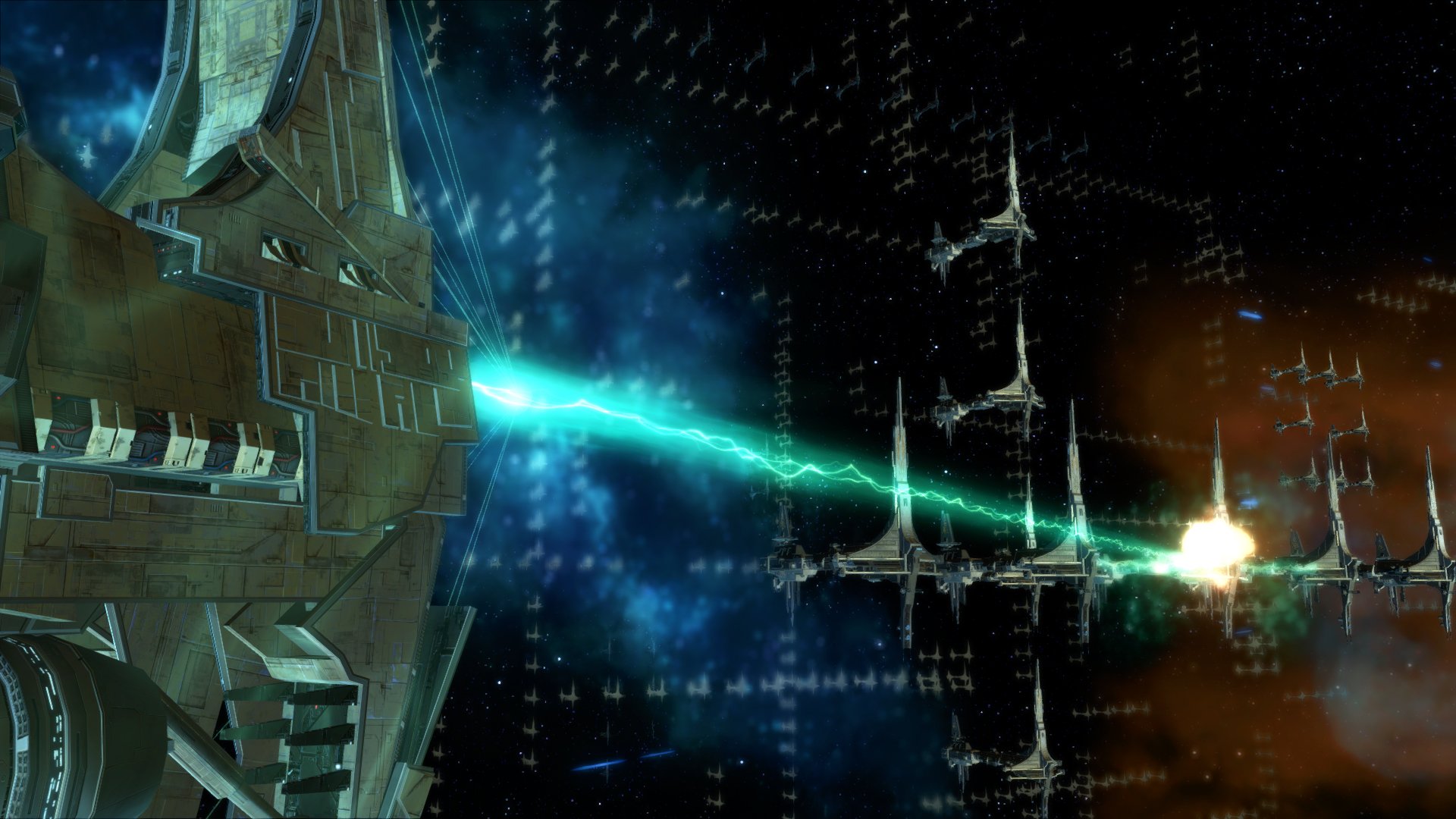 I’ve been playing Star Wars: The Old Republic on and off since it released five years ago and for five years SWTOR has suffered a problem: it’s not KOTOR 3. Whilst I don’t find it particularly fair on the game, comparisons to the KOTOR games, and the KOTOR game we may have gotten, are unavoidable. But when the first 9 chapters (out of 16) dropped it finally looked like SWTOR was going to come unchained from under the shadow of its mighty predecessors and become its own thing.

It is such a shame it didn’t.

Knights of the Fallen Empire was released episodically, with the first 9 chapters being released at once to get the ball rolling. You must be a subscriber to get access, though you can start at KotFE instead of playing the base game if you wish. Each chapter is about an hour long, evenly split between cutscenes and gameplay. Some chapters are action packed, others are mostly dialogue with major characters, some are fantastic, and some are abysmal. Taken as a whole, Knights of the Fallen Empire had great potential and in places squandered it through a combination of development issues and lack of originality. But at the end of it, I can say that I had fun, even with WoW style combat (which I am not a fan of).

To say a quick word about that combat, it’s pretty standard except that companions can be one of Tank, Healer or Damage according to your whim. As a Healer, your companion basically makes you immortal. It is easy mode. As Damage or Tank, the game is a lot harder. Playing with that harder difficulty greatly improved my experience.

Now then, in order to break with the bulk of SWTOR, Knights of the Fallen Empire had to be radically different whilst still retaining the game's overall narrative. The first 9 chapters did that in stunning fashion by having an empire from an unexplored part of the galaxy conquer everything else while you were trapped in carbonite. Furthermore, there is a slew of new and rather interesting characters to break with the companions players would have been used to. The first 9 chapters also drop plot twists at every turn, and by the time you as a player get the time to take stock of the situation the galaxy is a different place, a worse place, and you are the one chosen to fix it. Those opening chapters are fantastic. 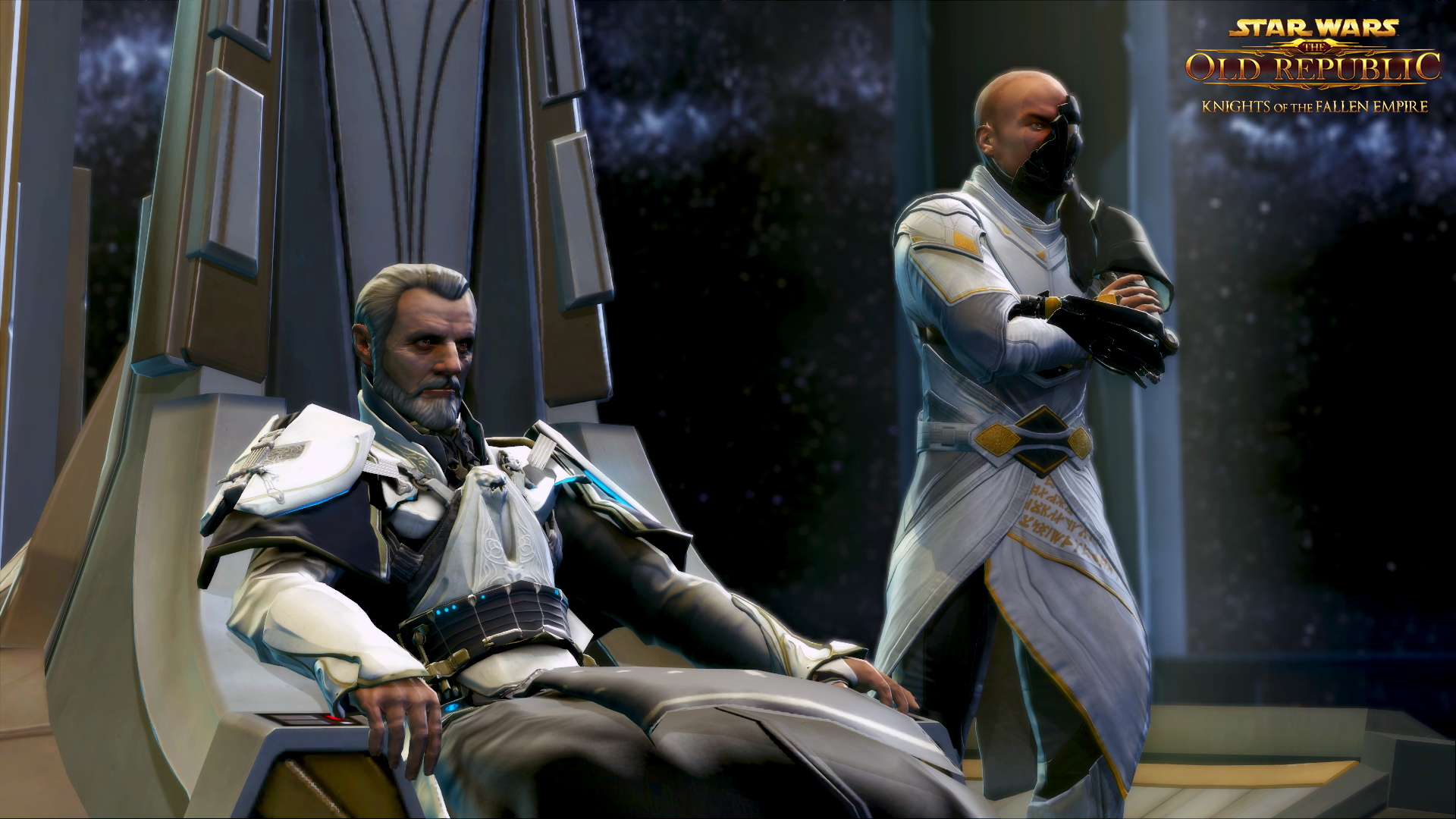 A particular highlight of the game is the character Valkorion. He whispers in your ear as you play, treating you as his protégé. It is a shame the developers did not give him more time with the player, as he always added to the experience. Valkorion is fascinating to me because he has a philosophy (Platonism, if you're interested) and will discuss it with you at appropriate points in the narrative, rather like Kreia in KOTOR 2.  And here is where the game encounters one of two main stumbling blocks; if you've played both of the other Old Republic games; you've seen a lot of KotFE already.

While most games in a franchise will take inspiration from its other entries, KotFE does this to the point where your immersion clatters to the ground with the horrible thud of deja vu. Valkorion took inspiration from Kreia in the right way; the same basic concept built upon into something different, but some parts of KotFE do not build on what they take. I can’t really go into this further without revealing major spoilers, but let’s just say that if you’ve played the Ravager section of KOTOR 2, chapter 16 is going to feel familiar to you.

KotFE suffers for its lack of originality. It keeps the game firmly in the shadow of the KOTOR games rather than being its own thing. This is especially a shame because during the first 9 chapters the game is a great mix of being immersive, well written and slightly cheesy – which is exactly how I describe KOTOR. I even grew to love HK-55, KotFE’s equivalent of HK-47. 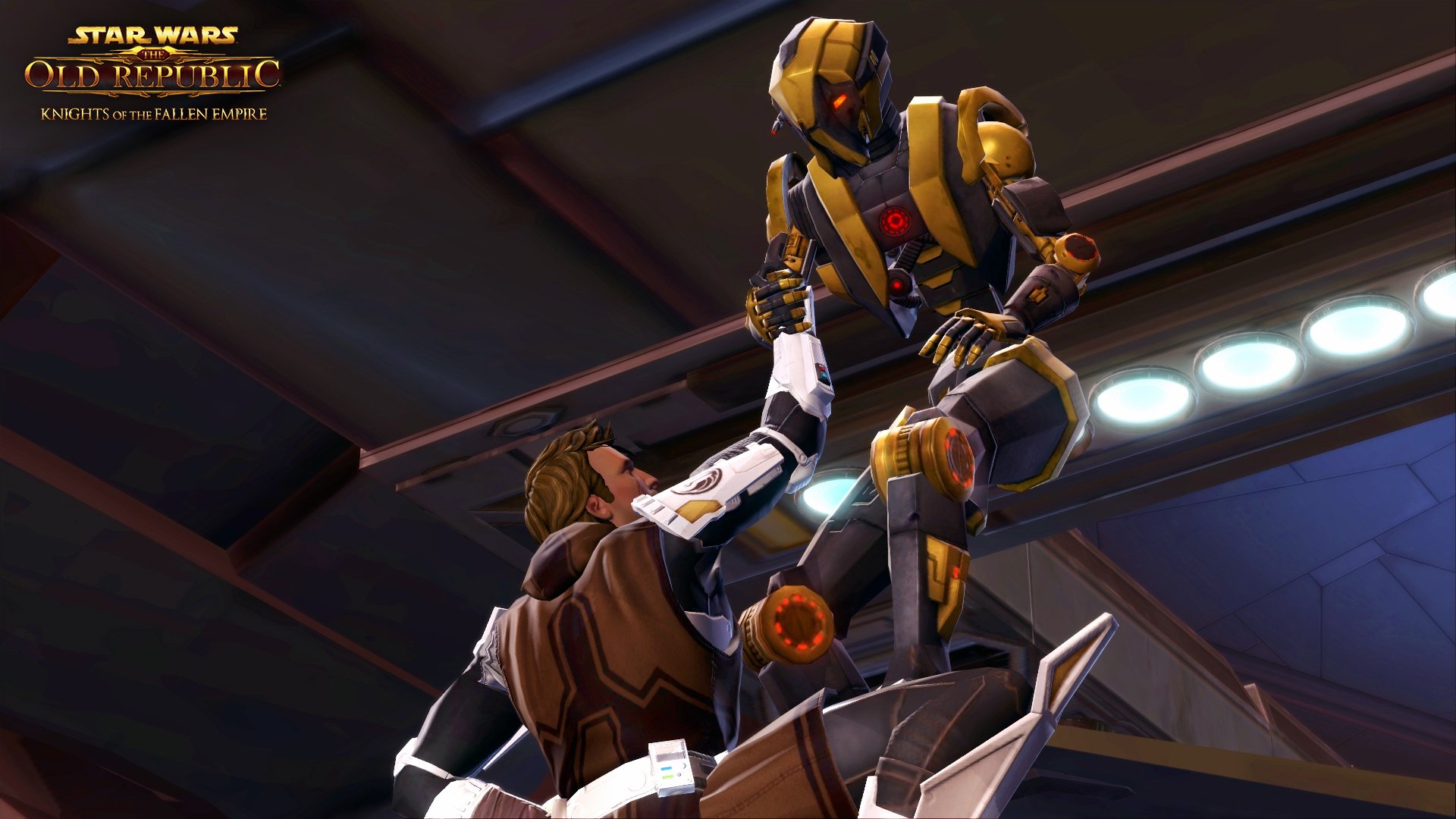 But when Chapter 10 was released the quality took a dive. It was clear that it had been rushed and was full of trash mobs that were there for no other purpose than to pad out the game. Chapter 11 had similar problems, and the producer Ben Irving took to the forums to issue a statement apologizing, saying “We are committed to doing better”.

In fairness to the developers, Chapter 12 was a lot better, and they clearly put more effort into QA, but core issues remained. Chapter 12 is the chapter that leans the most on KOTOR 2’s themes. I played it realizing that the chapter contains a story that has already been told. It also still contained enemies that were obviously filler, which really kills the pacing. I do however appreciate how much the tone varies from chapter to chapter; it keeps the story from getting stale.

That is largely the story of chapters 13-15 as well. They are quite good in terms of writing. There are decisions to be made, characters to maybe die, a plot to push forward. But all suffer from padding. Mercifully, these chapters do not lean so much on KOTOR, and allow the game to be its own thing again.

This is helped by the base you get in chapter 9, giving you sidequests (mostly recruiting old companions or group content). Unfortunately, these quests are completely unimportant in the story and are almost all fetch quests. Furthermore, you can’t talk to your companions after you’ve recruited them. If you want to know what your sith apprentice was doing for the last 5 years – tough. Bioware didn’t write that in. Essentially, the sidequests are all a waste of time.

That said, this part of the expansion also contains a part of KOTOR that actually enhances the game: a proper dialogue system.

In an age where dialogue consists of a vague “yes, no or sarcastic”, it was great to have a proper dialogue system. It did clash with the rest of the game, however, where Mass Effect dialogue wheels are still used. And bizarrely, the main quests of KotFE use the wheel system when the sidequests use KOTOR’s system. Odd and extremely immersion breaking.

Another problem is that your choices do not matter (yet). Some characters may die, but without serious consequence. Characters may get a bit cross, but with one exception they don’t do anything serious. The end of Chapter 16 is the most egregious example: three times the game offers you a very important choice, and no matter what you do, the same thing happens. Three times choice is dangled in front of the player and three times it is taken away. It makes sense to do that once or twice so that when you do finally get to make your decision the player is more invested in it, but this was just irritating. At the climax of the game, irritation is not a good feeling to have.

And the reason for this lack of real choice is obvious: Bioware Austin do not have the time to create a branching story. That’s fine, it would be completely unreasonable to expect The Witcher 3: Blood and Wine each chapter, but they can still do better. If you fail to lead properly, you should have to break up a fight or two. Major characters should live or die depending on your decisions (a staple of Bioware games), which has only happened once in my playthroughs of KotFE.

And one more thing: if I am a Dark Lord of the Sith, I should NEVER have some Republic soldier override me without the option to kill them. The game clearly wants you to go down a particular path, which is infuriating if you want to do something drastically different.

Knights of the Fallen Empire manages to do the right things in too small a quantity. It does just enough to be tantalizing, but not enough to be good. The game teaches you to prepare for difficult choices, and then does not put difficult choices in front of you. The game has twists and turns that promise consequences that never materialize. The game has rich and fascinating lore but fails to explore it, leading in places to a side narrative more interesting than the main one. Chapters 1-9 (where the developers had the most time to create) were enthralling. Then the episodic nature of KotFE led to rushed chapters, as much padding as story, and a lack of meaningful choice at important points. A lack of originality further compounds the problems, with some fantastic chapters interceded by chapters that a KOTOR 2 player has basically seen already.

As a Star Wars fan I enjoyed it and there are more good chapters than bad. That said however, it was a very choppy ride.