The seal is broken, a new Humble Bundle awakes to reign terror on your wallets

[A quick note since I believe this was hidden shortly after posting yesterday. There is a front page post about the same topic from Jordan Devore here. I wrote this with the intention of it being a CBlog so I could practice and get feedback on this kind of thing.] 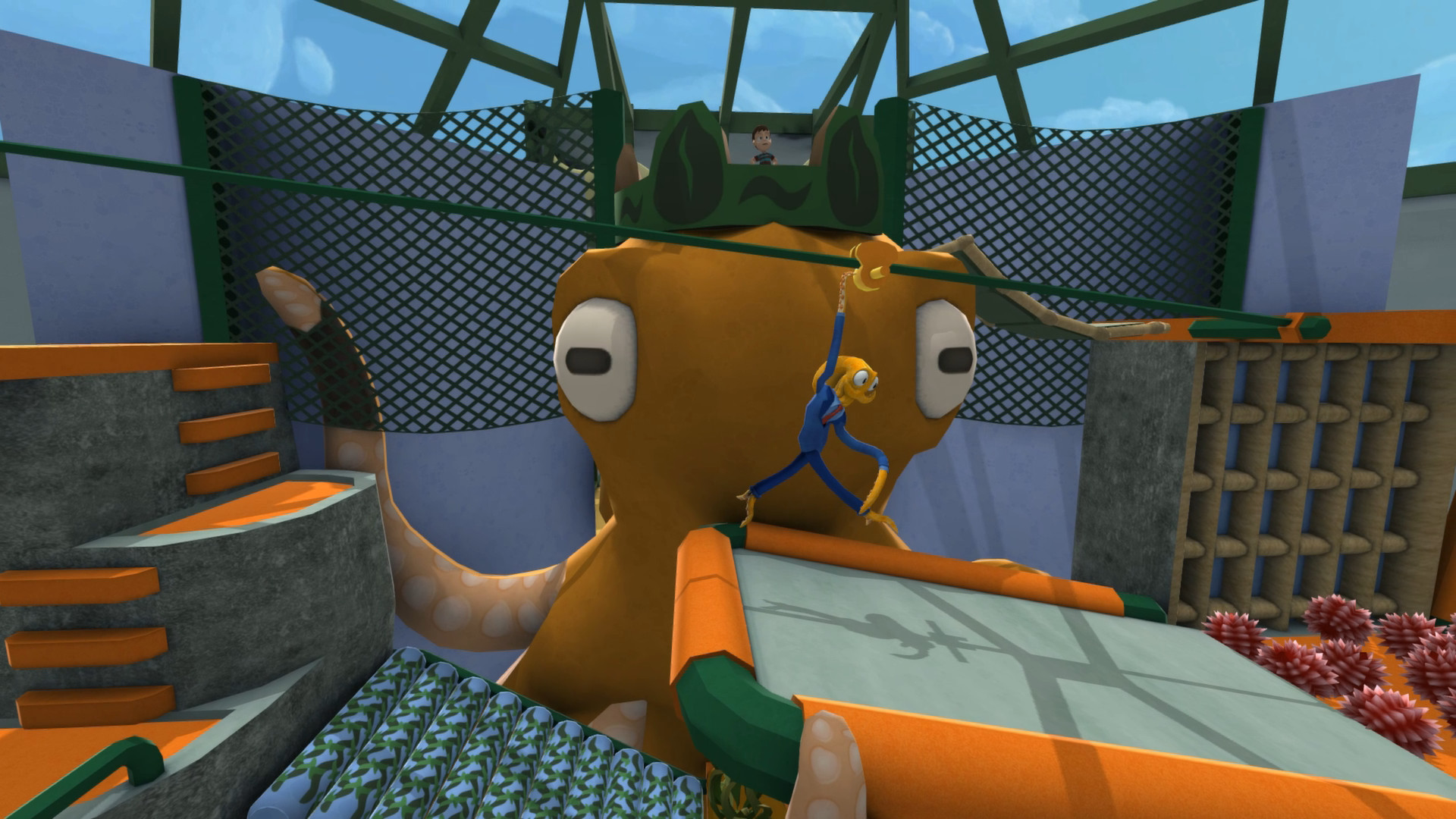 Lock your doors, hide your Steam library, it's Tuesday and the Humble Bundle is here! This week it brings another collection packed full of indie gems at low prices that are sure to fill you with regret later as your backlog continues to grow. What more could you ask for?

The Humble Indie Bundle 17 includes a variety of indie hits ranting from narrative filled, single player games to hectic 4 player local multiplayer titles. It's the usual pay what you want for the lowest tier and pay above specified amounts the tiers above that. 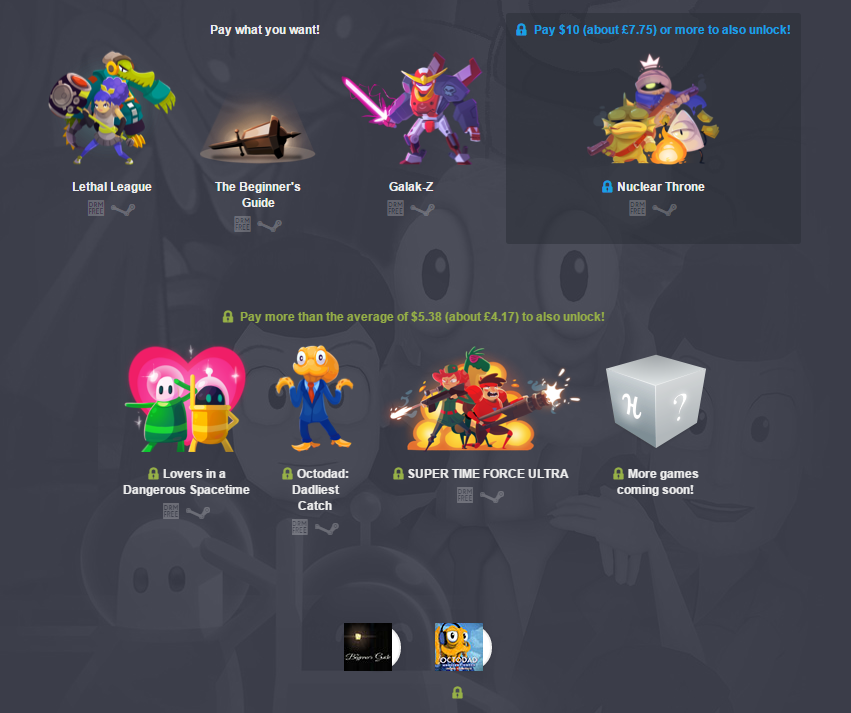 Some of my favourite titles included are The Beginner's Guide, a weird first-person narrative game from the creator of The Stanely Parable and Super Time Force Ultra, a side scrolling action platformer involving shooting things and manipulating time to your advantage. I'm also rather fond of Octodad, a game about playing as an Octopus disguised as a human trying to go about normal situations with players taking control of his limbs.

Most of these games are fairly well known though so I'll get straight to listing them and the tier's they're in! This time I've included short descriptions of each game so you can get the gist of everything in one place.

Here are the contents of the bundle with their approximate prices at the time of writing:

A local and online multiplayer fighting game based around hitting a ball into the face of your opponent to win. You'll use things like parrying and special moves to try and obtain victory and as the ball is hit back and forth between players, it speeds up to potentially insane levels.

A short first-person, narrative game telling a story about someone struggling to deal with things they don't understand. It's kind of abstract and isn't too heavy on action but if you're into this sort of game, there's an enjoyable experience to be had.

This is a top down, roguelike space shooter that utilises procedurally generated levels. It's difficult, likes to test the player often and has high stakes with players resetting to the start of whichever of the four seasons you're on, losing all upgrades and currency in the process on death.

• Lovers in a Dangerous Spacetime

This is a 1-4 player couch co-op action space game which involves navigating space and fighting evil by running around your ship and working together to mann weapons, shields and engines. You can also upgrade your ship and levels are randomised each time.

In this game you play as an Octopus masqueradign as a human as he goes about his daily life. You must complete every day tasks, using his difficult-to-control tentacles as limbs whilst keeping his real form a secret from his human family. This can be played with up to 4 players with each controlling a different tentacle-limb.

A single player or co-op side scrolling action platformer in which you utilise time to your advantage, allowing you to rewind and team up with your ghostly past-selves. You shoot stuff across 6 different time periods and can control a variety of characters.

• The soundtracks for The Beginner's Guide and Octodad

• More games added at a later stage (will update when added)

This is a cool top-down shooter roguelike which revels in it's difficulty. You run around randomly generated levels, shooting all sorts of weird creatures with. There's lots of characters to unlock, each with their own special ability, lots of weapons to find throughout and you can level up your character to mutate for additional stats.

As usual, you can decide where your money goes and how to split it between Humble Bundle, the game developers and charity. The official charities for this bundle are the Electronic Frontier Foundation, Child's Play and/or a charity of your choosing. Personally, I always put the money towards LGBT Youth Scotland so if you have something in mind, it may be worth seeing if it's in the list.

The bundle ends in just under 2 weeks from the time of writing and in a week from now, new games will be added to the "Pay more than the average" tier so there's no rush if you want to wait and see what gets added later.

You can get the Humble Indie Bundle 17 here.

This was originally posted on my own site: Spry Farron. If you feel like reading some of my more personal posts or things that won't make it onto here as I get back into writing, have a look!

So what do you think? Is this an improvement over my previous Humble post? I took some feedback and added descriptions so people wouldn't have to hunt around for basic info on each game. Should I keep that up or is it a bit much?

Depending on a thing or two, I may confine future Humble posts to my site so make sure to keep an eye on there!