Building a decent world is one of the most important aspects to me personally, I love getting lost in a universe created for a game. There are several methods how you can go about this and I'd like to talk about two in this blog, the Mountain, in which you're presented with a hoard of information from the get-go that only continues to grow over time and its counterpart for this analogy, the cave, something that seems unassuming at first but turns out to be an entrance to a warren of tunnels that go way deeper than you think, leaving you to your own devices which tunnels to explore and which to leave neglected.

I'll start this of with the Mountain for this, my example here will be Trails of Cold Steel.

Trails of Cold Steel is a JRPG and part of the Legend  of Heroes series and shares a world with the Trails in the Sky games which allow for some interesting perspectives coming in from the Sky-entries.

A lot of JRPGs share the Mountain approach to world building but I think Trails of Cold Steel does it exceptionally well, with the setting of accompanying a class in a military academy giving an organic background to constantly introduce players to new information. Having an adequate, nonintrusive method of giving information to the player is supremely important in my opinion in order to keep the immersion going. Where ToCS also excels is keeping things at an even level when expanding on its world both on a small and a grand scale. On the one hand you're expanding your world on the level of the military academy where you interact with your party members and other NPCs, all of which expand their stories over time and make you want to see where continuing the game will lead them  On the other hand, you have the stage of the Erebonian Empire where your field studies for the military academy will put you in the center of political intrigue and rebellion. ToCS manages to keep both sides of the equation equally interesting for me through its level of detail it offers you in both areas.  All in all the attention to detail, the characters that accompany you on your journey and the organic way the story is presented makes the Mountain of ToCS' world a mountain worth climbing.

After being done with mountaineering and picking up anything we want from the brightly lit way to the top it is time for some spelunking, where we have to mine for every nugget of background ourselfwithout much guidance.

For this trip into the dark below I've chosen a fairly controversial title when it comes to the matter of presenting your world, Destiny.

While Destiny has gotten a lot of flak (some of it pretty deserved ) for how the story is presented in the game, or rather not presented, spawning many memes of that in its wake(the most popular probably being the line"I have no time to explain why I don't have time to explain")

Despite the flaws of the actual story of the game Destiny is still a good example how to make a universe interesting through small tidbits of lore in the Grimoire(a collection of info on the Bungie website, similar to the codex in Mass Effect), offhand remarks from NPCs or flavour text for weapons and armour. If you're willing to go down the twisting tunnels of the Destiny universe you're rewarded (mostly) via the Grimoire with well-written tidbits that tie some of the loose story threads together, give you insight into the Pre-Collapse age, stories about the most venerable weapons in your arsenal or just hints for endless speculation about factions, characters or their motivations. These pieces of information are earned via playing the story, acquiring weapons and armour or finding hidden Ghosts(small machines accompanying guardians, the fighting force of humanity which your character is a part of). The immersion here is somewhat marred though through the need to access the Grimoire via the Bungie homepage, I hope to see this included in the game for further entries in the series. In the end, at least to me, this was an inconvenience worth the payoff of fascinating insights and perspectives for the Destiny universe.

With this, we emerge again from the depths again from our search for further insights into the universe of Destiny.

Of the two methods here I can't honestly pick a method I prefer more, both are very intriguing ways to present your world to us, the players and I enjoy both equally, the Mountain with its daunting expanse of a world as well as the Cave, hiding away the gems of its lore in its dark reaches. 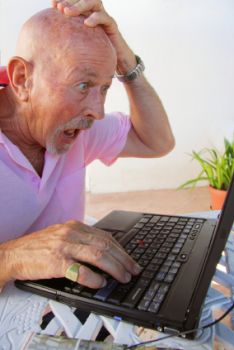