I'm not quite sure what I expected with Ridge Racer: Unbounded. The title sounded cool and I had heard decent things a few years back, but I never realized that Namco Bandai had tried their hand at a Burnout game. When I first loaded the game, I was delighted that this was taking a more destructive approach to racing.

After I finished the first event, I knew something was very wrong. The previous Ridge Racer games were all about speed. Tight turns, tighter controls and hilariously awful translations; that is what gave Ridge Racer its charm. All of that gets thrown out the window for Unbounded in an attempt to modernize the series. 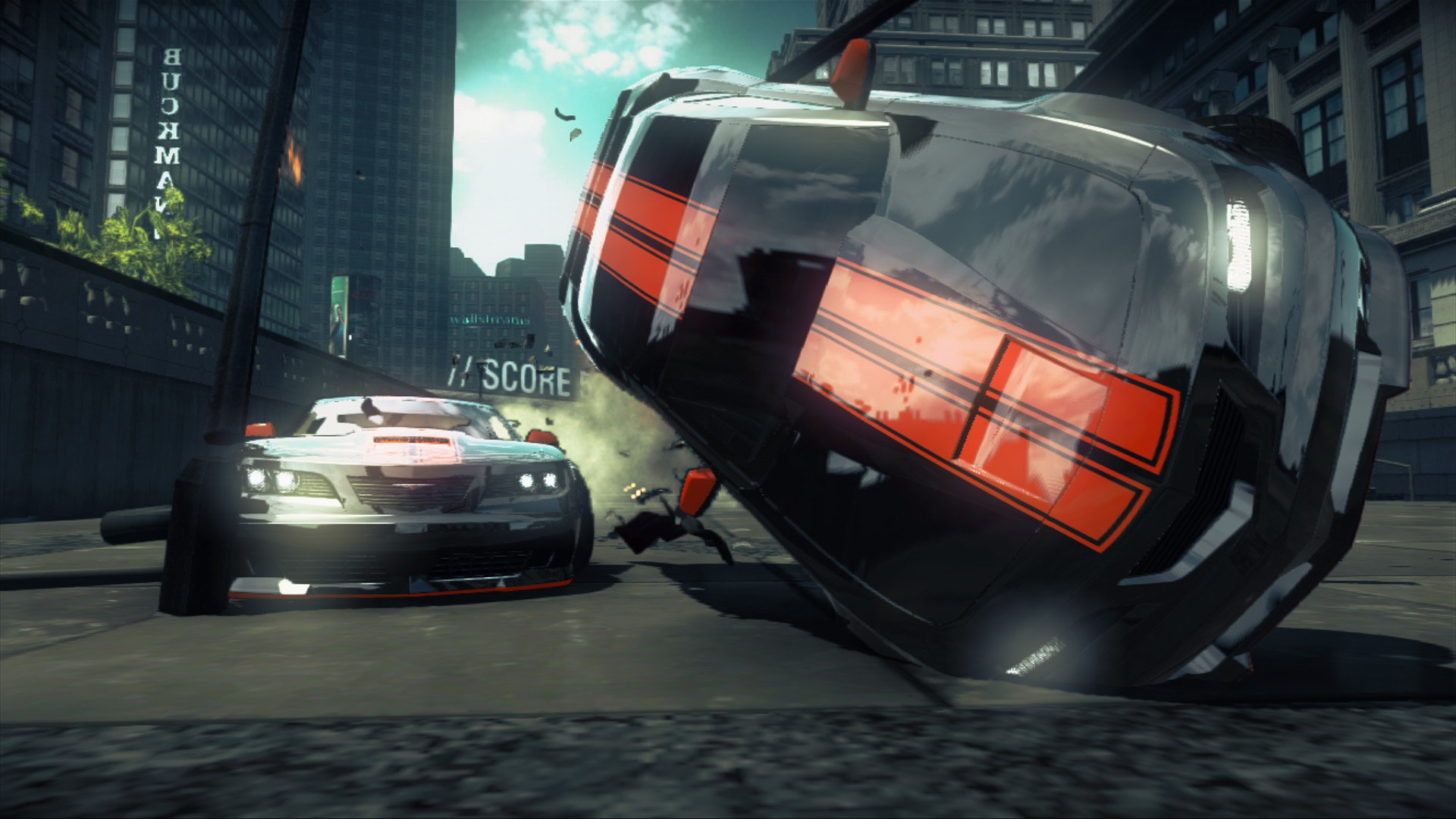 For starters, the graphics are darker and more realistic than ever before; the pace has been slowed a bit and the cars feel far too weighty. Drifting, which is an integral part of the track design, is so fucking busted that I nearly quit in fury a few times. Busted explains a lot of things with Unbounded, but it applies more to the controls then the arenas you'll be tearing apart.

The newest addition with Unbounded is the destructible environments. I have to give credit where credit is due; Unbounded does offer an impressive amount of course carnage. While the props are basically made of styrofoam, your car can glide through things and not immediately crash. Sadly, that's about the only decent thing in the tracks.

As for regular buildings, your car typically gravitates towards them. Barely clipping them will usually cause your car to smash up, but sometimes you go flying through the air or spinning in circles. While that should be realistic, the game has an awful tendency to reset your car before your crash site. This causes a tremendous amount of wasted time in Time Attack events and often causes you to lose up to 7 places in race mode. 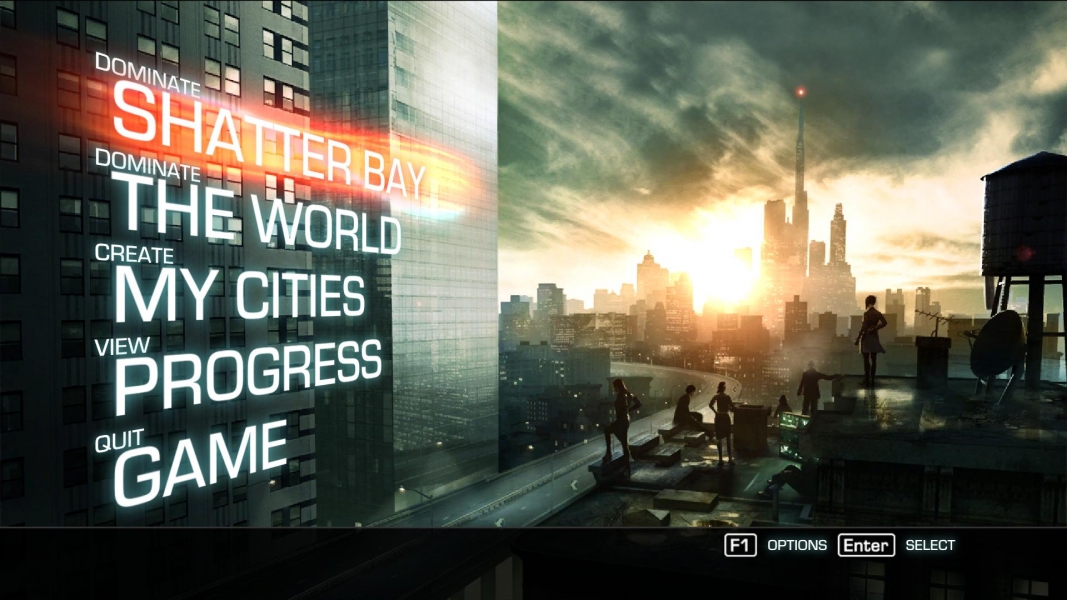 These should be fun, but the physics and AI of the game are so borked that I couldn't wrap my head around them. At times, you fly out of the gate and pass everyone with ease. Other times, the opponents are beyond hard and you'll hardly catch them. Sometimes you'll smash through highlighted objects only to immediately crash once the automated cutscene ends. You'll even make jumps only to see your car barrel rolling through the air, despite not clipping anything.

There is also some horrible graphical glitch that causes constant flickering for upwards of 15 seconds at a time. It obscures some of the track and leads to wiping out or missing turns. It also looks terrible and gives me a headache, but that may be a personal issue. 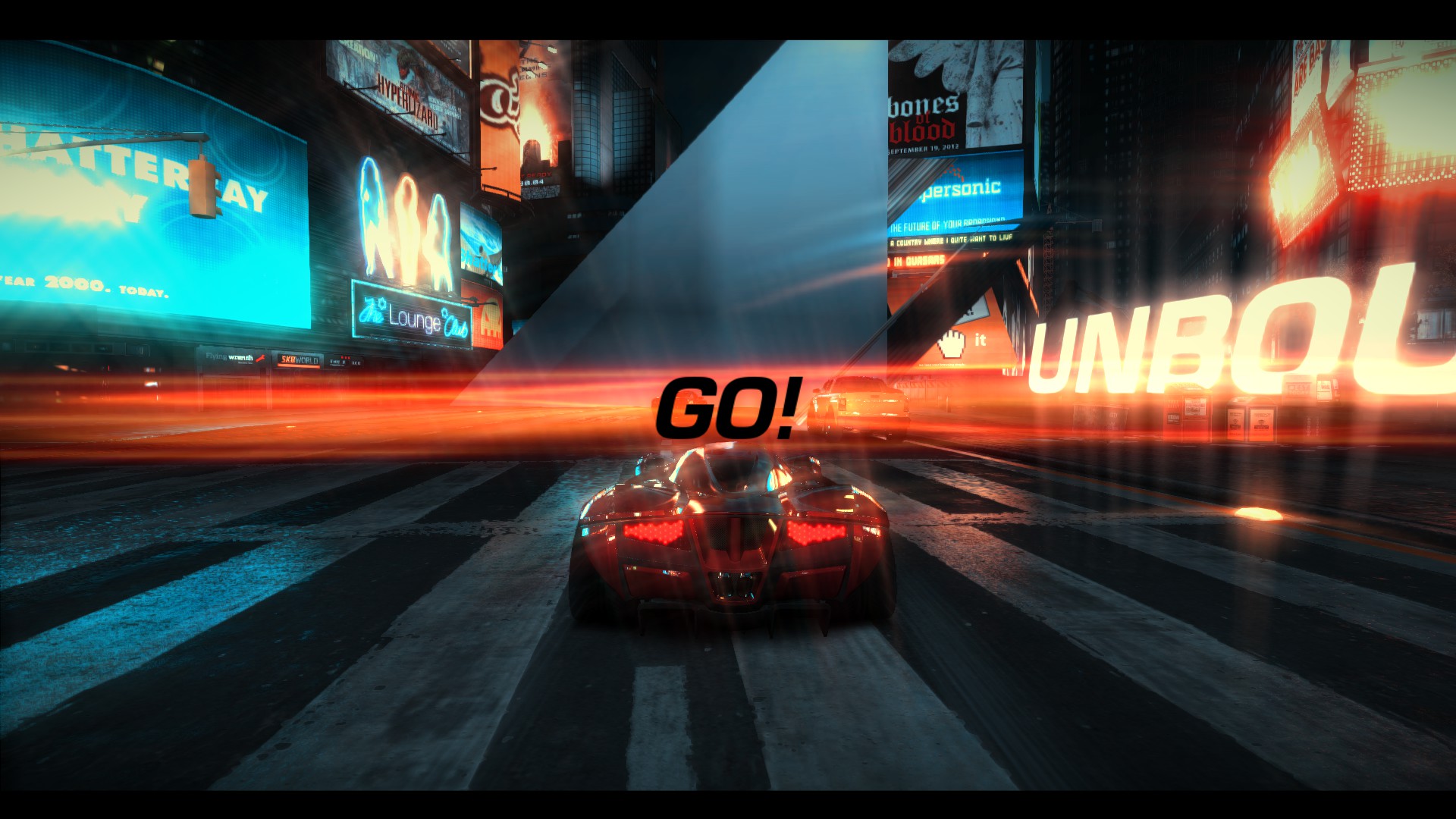 What isn't personal is information about your cars. The stats are shown before you decide on your vehicle, but they aren't really reliable. Maybe this is more down to individual playstyles, but the car with the highest speed stat should be the fastest one on the track.

There are also some cars that are carbon copies of others (excluding the pointless DLC) and others, still, that have mostly the same stats, but are higher in key areas. It makes certain cars completely worthless after reaching higher driver levels.

Then there is the lack of course diversity and the general sluggishness to the controls. It just doesn't feel pleasant to play Ridge Racer: Unbounded. I had fun, at times, but not enough for me to recommend this to anyone. The lackluster campaign and hilariously anti-climactic ending just rub salt in the wound. 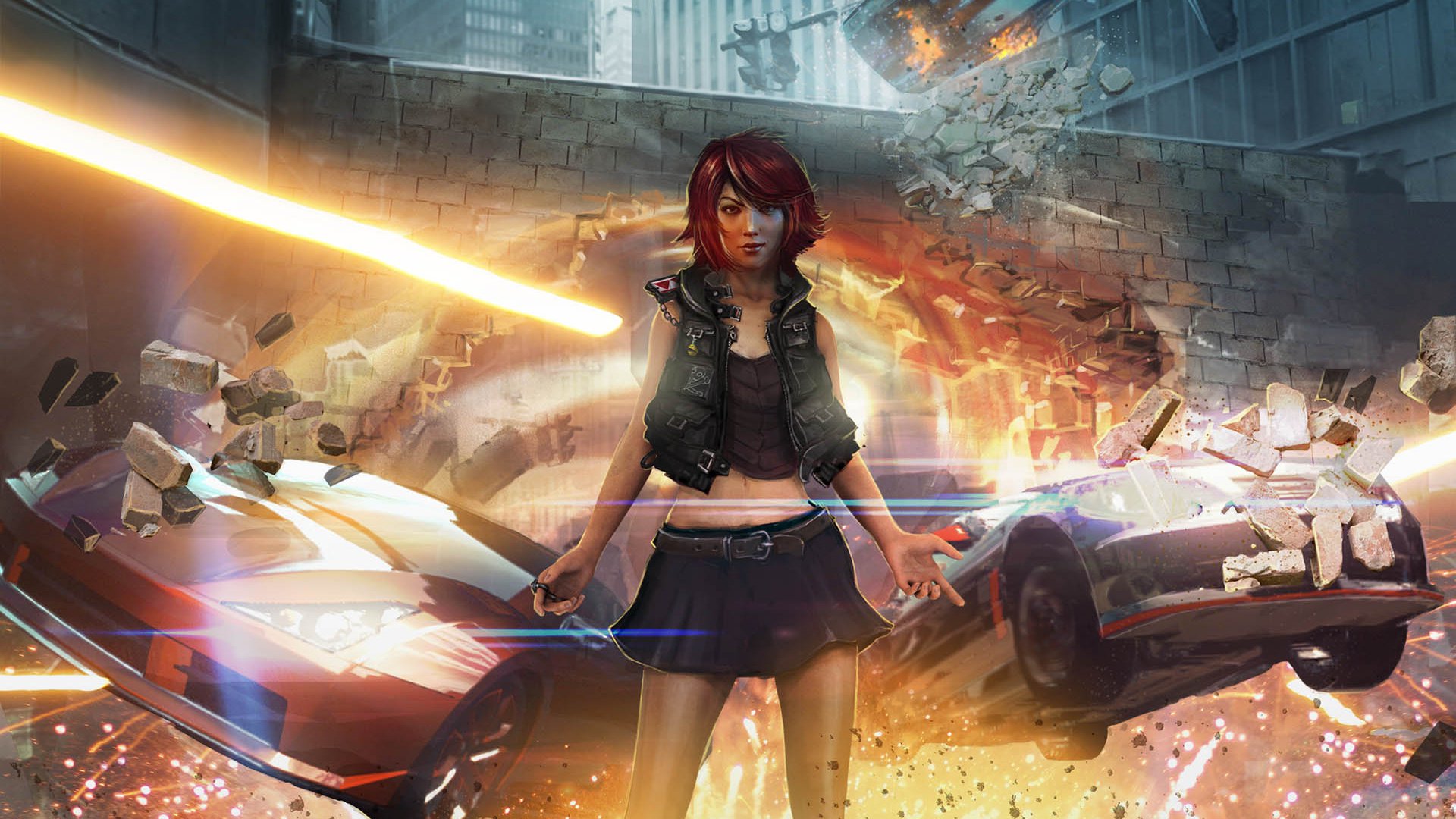 The online portion is completely non-functional. From the sound of what it included, it could have remedied this package. Racers were given the ability to customize events and challenge others worldwide. While it may have been frustrating to deal with the controls, I could see smashing people into walls as being a blast.

Still, that doesn't work. Namco Bandai shutdown the servers in 2015 and have basically cut the game in half. The price tag, at least, reflects the lack of multiplayer, but it still sours the overall package. Having courses made by other players would be outstanding, even if the game feels rushed and sloppy.

It doesn't help that there isn't a split-screen mode at all. I know PC games typically don't offer split-screen, but even the console ports of Unbounded lacked the feature. In other words, the multiplayer was basically a bulletpoint on features for the game. No one actually cared about molding it into a celebrated feature (something that should be sorely missed upon it's closure).

Overall, I just wouldn't bother playing this. Unless you just have a fondness for the Ridge Racer name, there isn't much here that hasn't been done better in other racers. Unbounded mostly made me pine for a new Burnout or to return to Burnout: Revenge. Even the crappy portable Burnout games are better than this drivel.

Went wrong somewhere along the line. The original idea might have promise, but in practice the game has failed. Threatens to be interesting sometimes, but rarely.