Pokemon Go by the Dashboard Light

On May 7, 2002 the Exton Dodgers beat the Red Sox. I know this because I pitched that evening. We won 6-4 and I struck out three batters. It was my first outing as a pitcher and the Dodgers celebrated our hard-fought victory by drinking sodas purchased by my father at the Ship Field snack bar.

Last night, I sat in the same bleachers that my parents had fourteen years ago. The field seemed impossibly small. It’s barely two hundred feet to dead center field, but I could remember how every homerun hit there seemed like a herculean feat to younger self. I peered around the outfield fence and looked for a banner that might have had my name on it. We were district champions in 2002. My name was spelled wrong on the banner that was intended to immortalize our youth playing America’s pastime.

It was around that time that my phone buzzed. There was a Weedle on the first baseline. I caught him – my third that night – and called it a night. Fourteen years is a long time for a banner to hang in the outfield.

Pokémon Go has a funny way of making you relive your childhood.

Everything I know about my gaming habits points to the fact that Pokémon Go shouldn’t be installed on my phone. I’ve only flirted with mobile gaming once; Ridiculous Fishing dominated an afternoon before I realized that hunching over my phone for anything longer than the two seconds it takes to read a text made my back hurt. Pokémon Red was a big part of my youth only because any game that takes longer than a day to complete is instantly canonized as an Important Moment when you’re only six years old.

But despite this, I’ve spent most of my free time in the week (my god, it’s only been a week) since Pokémon Go was released in North America trying to conquer gyms and capture a Snorlax. My phone battery has been drained a dozen times by trips to a nearby park and errant Pokeball throws. I’ve watched countless people – youngsters, teens, and folks older than me – walk up and down streets with their eyes glued to their phones. We’re all searching for something.

There was an Abra in the parking lot where I first learned how to kickflip.

I found a Ghastly in the neighborhood where my friends and I first smoked pot.

One of my oldest friends called me on the way back from a bachelor’s party. He wanted to know how to get more Pokeballs.

To most people, video games become an inconvenience as you get older. They’re the anti-productive agents. Video games are for kids and losers who don’t have real jobs and responsibilities, the Normal People think.

Most of my friends stopped playing video games by the time we graduated high school. Outside of a few drunken games of Mario Kart in college or a Madden grudge match every few weeks, video games were uprooted from our shared experiences. The marathon sessions full of eager controller passing and feverish excitement – did you see that boss!? How the HECK can we beat him? – stayed in the past. For someone who writes about games, it can be strange to realize that the thing that you still care about deeply has become a novelty to the people that you love. Video games are the things that their little brothers play.

But Pokémon Go has changed that.

Somehow, the allure of being a Pokémon trainer has hooked my friends. When we’re together, video games are rarely a topic of conversation. Maybe I’ll get asked if I’m reviewing something. Maybe someone will tell me that they saw a cool commercial for a game. But almost always, we’d rather talk about real-life happenings; pets, families, kids. We talk about things that make you want to keep drinking. We drink and celebrate our friendship so we don’t have to think about the real world.

Now, we’ve been texting about Pokémon. Picture messages carry images of pocket monsters that have been renamed. Each one is more absurd, a constant battle of bad puns and foul language, in an attempt to one up each other. The few friends that still live near our hometown exchange tips and supposed hot spots. Those that are far away share what the ecosystem is like in their neck of the woods. 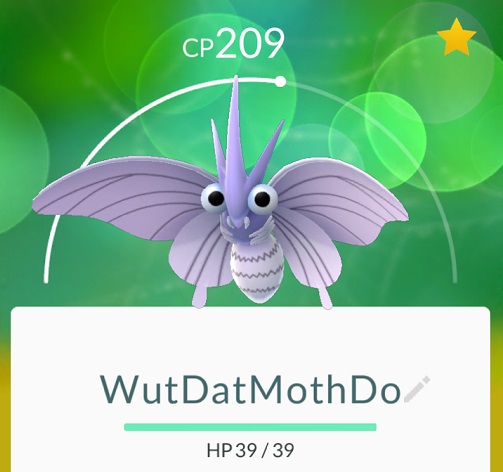 “No lie, was trying to get a gastley where jfk got tagged.”

“Dude it’s kinda surreal seeing everyone walking around looking down at their phones tho.”

For me, Pokémon Go has been a way to reconnect. Not just with my friends, but with the place that I grew up. Though I’m still in the same town that I’ve lived in most of my life, Pokémon Go has served as a guided tour of the secret places that served as hubs to the adventure that is youth. The local mall is a Pokémon Gym now, but a few years ago it was where you went to meet whatever giggling girl you had a crush on. Someone told me that the gas station that sold us cigarettes in high school is a Pokestop now.

Over the last week, I’ve explored the places that made me who I am and shared it with the people that were there to witness it all. A couple of have better Pokémon than me and I have a sneaking suspicion that a few friends have played so much that their significant others are starting to be worried.

Most of them – even the ones touting an arsenal of Pokémon that could whoop mine on a bad day – still text me if they have a question. I’m the video game guy, after all. The one who never stopped playing. I try my best to answer and help out.

We’re all in this together. We always have been.

The neighborhood where I kissed a girl for the first time is devoid of Pokémon.

This weekend, a few of us are going to hang out and drive around together. There are no plans, but around here, it’s almost impossible to go anywhere that doesn’t have some memories rooted in the cement. Catching some Pokémon isn’t mandatory, but it is what’s bringing us all closer than we’ve been in years.