Viewpoint: Battlefield 1 Is Better Suited to the Interwar Period

Battlefield 1 purports to be the Lord Flashheart version of WW1, with flying aces whirling about zeppelins and with tanks blitzing across the French countryside. It seems it will do little to explore the impact of the machinegun on warfare, or the end of cavalry, or the advent of tanks. So far, I am of the opinion that it is merely cashing in on the centenary of WW1. However, if it were not for two simple design decisions then the developers could have created a compelling WW1 game that both explored the tactical issues of the day whilst keeping the gameplay as fun as any other Battlefield game.

Those decisions are the prevalence of semi-automatic and automatic weapons and the ease with which they are used.

We may think of WW1 as just trenches, but even on the Western Front this was not entirely true. With Russia surrendering in 1917 the Germans could take most of the soldiers on the Eastern Front, who were by now battle-hardened , and throw them at the French and British in the west. In spring of 1918 those soldiers arrived and prepared for that attack, known as the Ludendorff Offensive. They overran the Entente trenches and pushed the French to 40 miles from Paris before their advance was stopped by the combination of tenacious defense and their own logistical failures. From the Ludendorff Offensive onwards the war was not about trenches, but about rapid movement across the French countryside and its many little towns. If DICE wanted to create a WW1 game that still fitted with the Battlefield formula, the Ludendorff Offensive and subsequent Entente counter-attack would have been a near perfect fit.

However there were two aspects of DICE’s shooter that make it incompatible with this period. Soldiers were still using bolt-action rifles at that time, and the machineguns were unwieldy. By 1918 all of the European belligerents were running out of everything, so although all powers had the technology to produce automatic weapons (The semi-automatic rifle was invented in 1885) they lacked the means to put them into mass production (with the exception of the French RSC-17) so they did not have a substantial impact on the overall war effort. The RSC-17 didn’t do much either – because it was rubbish.

I should point out that I am not criticizing Battlefield for being historically inaccurate; if you expect accuracy from a Battlefield game then you are clearly new to the franchise. But I am saying it is unauthentic. When I look at footage of most WW2 games and compare then to actual footage from WW2, I can believe that the game could take place in the war even if large parts of it are fictionalized and weapons tweaked for gameplay reasons.

But when I look at footage of WW1 and compare it to gameplay of Battlefield 1, I seriously struggle to say the game could take place in WW1. The anachronisms are left, right and center constantly; and I don’t just mean that the MP18 has a bayonet (which it didn’t), but that almost nobody is actually using common weapons of the war and that players wield 25kg machineguns like AK-47s. The gameplay does not fit the setting.

The MP18 so common in gameplay footage was, as in the footage, a formidable weapon. However, it was so rare that most Entente soldiers had never heard of it, let alone been shot at by one with only 5000-10000 MP18s in the German army of over 10 million soldiers. It was an important gun, the first submachinegun in fact, but it was very rare outside of a few elite stormtrooper squadrons. Another weapon I often see in gameplay footage is the Mexican Mondragon Rifle, which was used for the entire war by the Germans, but there were at most 3600 of them. Not exactly a common sight. Ordinarily, playing loose with historical accuracy helps a game be more entertaining or to reach a wider audience. But here it seriously compromises the authenticity of the game because it is not at all representative of the conflict. It is the equivalent of making a WW2 game and giving everyone AK-47s.

Then we have how the weapons are wielded. The most common heavy machinegun I’ve seen in gameplay is the Hotchkiss. The Hotchkiss was a machine gun commonly deployed along the Western Front for almost all French forces and many British divisions. In Battlefield 1, the Hotchkiss appears to function as a basic MG in the modern sense, a gun that you run around with whilst spraying lead at your enemies. You don’t need to deploy it, and you can fire as you run with it. However, the real Hotchkiss weighs 24.4kg – you can’t run and gun with it. Hell, you can barely run with that. Soldiers in WW1 were not macho military men; they were you and me on rations. The idea that you could just lift a Hotchkiss and unload the clip is out of place at best, and outright laughable. They were usually carried by two people.

But after WW1 the need for more mobile guns became apparent. In a game the Hotchkiss could be swapped out for the Bren Gun, a British MG created in the early 1930s that was so good the UK only stopped using it in 2006. Or maybe the famous Browning 1919, which is still used by many nations 93 years after it was introduced. Point is, if DICE wanted to go far back through history but stick to the safe Battlefield formula, they could have chosen the interwar period. The weapons of the late 1920s and early 1930s fit Battlefield excellently whilst also allowing the franchise to renew itself by returning to the distant past. 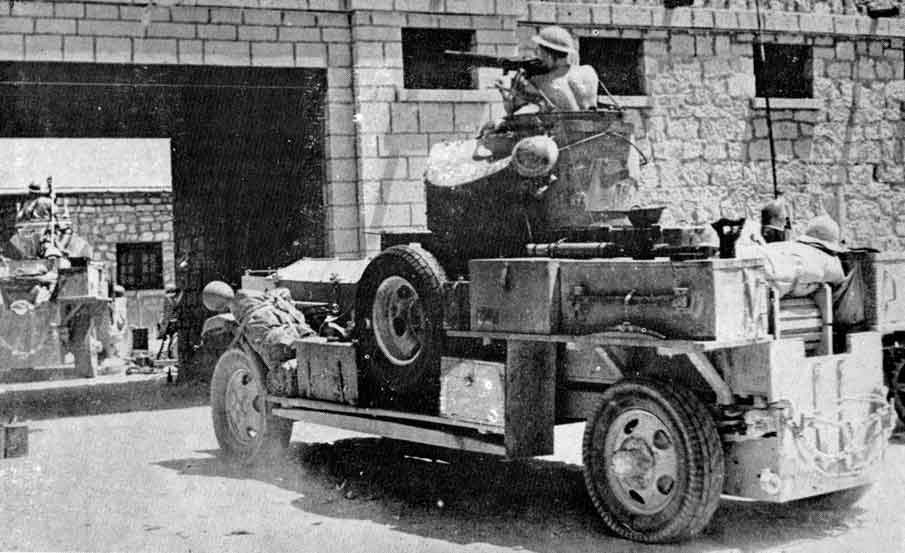 So what we have in Battlefield 1, with its speedy tanks, automatic rifles and combined assault tactics is an excellent inter-war period shooter. By the late 1920s almost everyone had tanks and automatic weapons at their disposal. All major powers had developed their own ways of combining tanks, infantry, aircraft and artillery in a single attack – the most famous being the German Blitzkrieg. Given that Battlefield often fictionalizes its conflicts, a fictional inter-war conflict would have been approaching perfection. Or, if they wanted more historical leverage, they could have chosen one (or many) of the interwar conflicts, such as following the French Foreign Legion or the British Army putting down colonial uprisings.

DICE could have renewed the Battlefield franchise, remained authentic to history and kept to their tried and tested formula all in one. But it seems to me that they wanted the marketing power of the centenary of WW1 and were willing to seriously compromise authenticity to get it. To me, that speaks of a serious disrespect toward their source material. But perhaps worse than that from the perspective of a gamer, we could have had a better game. As Verdun shows, bolt-action does not make for a dull game – at all. DICE have the budget and talent to make a brilliant WW1 game, but it would be a risk. To mitigate the risk they could have made an outstanding interwar FPS, or create a game that looks anachronistic and unauthentic to bash the period into their tried and tested designs. I’d rather have had the former.