So... Pokémon. My first adventure was in the N64, with Stadium 1 and eventually Stadium 2. Played the crap out of it, but my english was really bad at the time. But, being a brazilian with only 6 years old by the time the first game in the N64 got here, I guess I get a free pass (didn't have English classes in school yet). My age didn't stopped me from learning all the 251 names as fast as humanly possible. After playing the Stadium games for 4 years, I moved on to the PSone, I kept watching the anime until the end of the Sinnoh Saga. That's 659 episodes, geez!

After that I gave up, because I didn't have that much free time anymore and also I felt that the Sinnoh Saga was probably the epitome of the character development for Ash. He finished 3rd in the Sinnoh league and seemed really mature by the end of it, by results of its rivalry with Paul. Then came Unova and it was pretty much back to square one all over again. I was done. Anyways, I digressed.

Being on the Playstation side of the console war ever since, I thought I wouldn't be able to play a Pokémon game ever again, even so, I learned the names and picked my favorites everytime a new generation came around. I played Pokémon Diamond and Platinum on my PC, through emulation and a few months later on a proper Nintendo DS. After that I played Pokémon White and Pokémon Y. I never did catch' em all, though. Too time-consuming. With that said, I tried to keep this list as diverse as possible, hope you enjoy!

This one is purely because of how adorable it was in the anime. I think it's probably the cutest Bug Pokémon to this day. 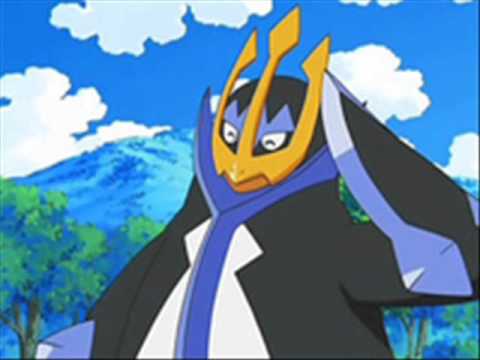 Favorite starter. My first real companion on a Pokémon game adventure. A penguin, with sharp blades for arms and a pretty shiny crown. What more could I want? Like, really? The animation for Aqua Jet was pretty cool in Gen4. Choice Band helped it do some good damage, even if it was better on the SATK front. I enjoyed my time with it on Diamond and Platinum and I'll probably pick it again when these games get remade eventually. 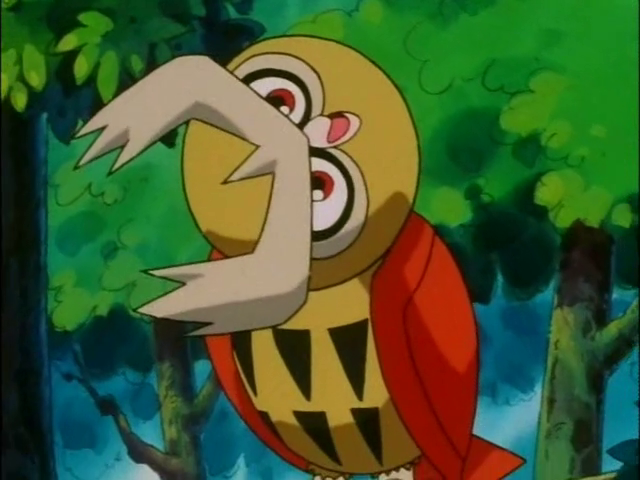 Owls are awesome, that's the reason behind this one. Also, this is probably my most anticipated candidate to Mega Evolution ever. Come on, Nintendo!

I've played around with this one on my Diamond/Platinum playthrough. Even if it can only attack once every two turns, it makes up for it with its ungodly ATK stat (160). A cooler, deadlier Snorlax. 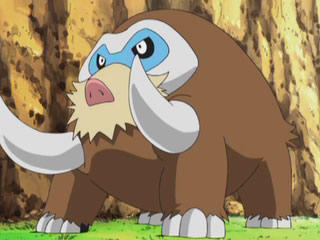 Never really liked the others prehistorical based Pokémon until I tryed this behemoth. Just like another on this list, it's one of the very, very few that wasn't chosed because of its design. I saw this one in some competitive players and decided to give it a go. Never looked back since. A choice scarf and this thing can cause quite the damage on an enemy team that's not prepared for it.

Wacky as all hell. Having to turn your 3DS as it leveled up is the kind of concept I never knew I wanted for a squid Pokémon. As Noivern is in this list I absolutely had to use them together to do the combo with Topsy-Turvy and another Pokémon. As you'll be able to tell after looking at the full list, I don't care about doing super well online, but I like playing it with some niche Pokémon/strategies there. Exhibit A above. A ghost with nightmare fuel potential: A stuffed toy comes to life with a zipper to hide who knows what! Never actually used his Mega properly, but I used the vanilla Banette in the Gen4 games though. It was my ghost of choice most of the time, until Gen6 came along. Maybe it has a secret identity behind that zipper...

Even though it's one of the "legendary dogs/beasts", to me it's obviously a mountain lion Pokémon. The second coolest lion Pokémon. And the fact that it got an entire movie where it mysteriously is summoned to protect a little girl and fights against Ash's Charizard is just a plus. A very big plus.

My favorite legendary so far. Because besides being cute, it can travel through time. 'Nuff said. Also: wouldn't it make more sense if it was a Grass/Fairy pokémon? Just saying. 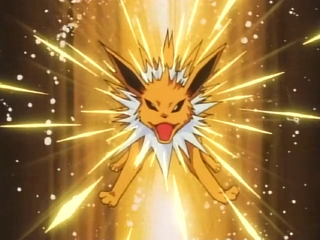 When the concept of a pokémon that had more than one option of evolution was introduced in Gen1, I absolutely adored that the Electric one was there from the start. And also: competitive viable. That's always good news.

I believe that there's two types of people: People who think zard-Y is better and people who for some reason believe that zard-X is better. I'm with the former. Also, Charizard was always a favorite of mine due to it being so badass in the anime. From being a slacker to that sad goodbye on the Charizard Valley, I love it all. My Charizard sure live it up to its nickname. 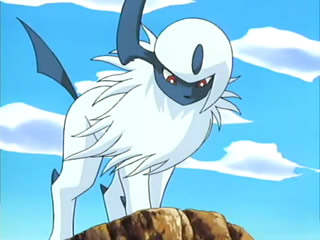 A pokémon that senses natural disasters, appears where one will occur to try to warn everybody about it but often gets blamed by the natural disaster it was trying to prevent. First of all, that's sad. Second of all, what a cool concept for a Pokémon. I never used one despite liking it so much, but I know its (Mega) stats are viable so I'll probably do a team around its Mega sometime.

Current favorite eevolution. Is it cheating to have two on the same list? This guy was the nichest member on my Zard-Y team, I didn't bring it out often, but I made it work. I actually had a giant poster with all 386 Pokémons, which came with a NintendoWorld magazine at the time. I would stare at all those Pokémons for hours, picking my favorites, thinking what I would name them, how would they get along and how would they do in battle. My eleven years old self was pretty happy with such speculations. Anyways, the point is: I liked a lot of the Gen3 designs, but one always stood out: Mr. Metalgreymon here. I used its Mega too, it was a tanking beast! Curiously its helmet when Mega shares a lot of similarities with another Mega level monster.  I don't remember how my Aggron was called, but I'm pretty sure it was a reference to its Digimon counterpart.

This guy! If Caterpie is the cutest bug, this one is the coolest. With one of my favorite Mega Evolution as well. I trained one in every game it appeared. The one in Pokémon Y was called John Cena. We gave a lot of Attitude Adjustments online. Also, I named one of my Dream Eaters in KH3D after it. That's how much I love this bug. 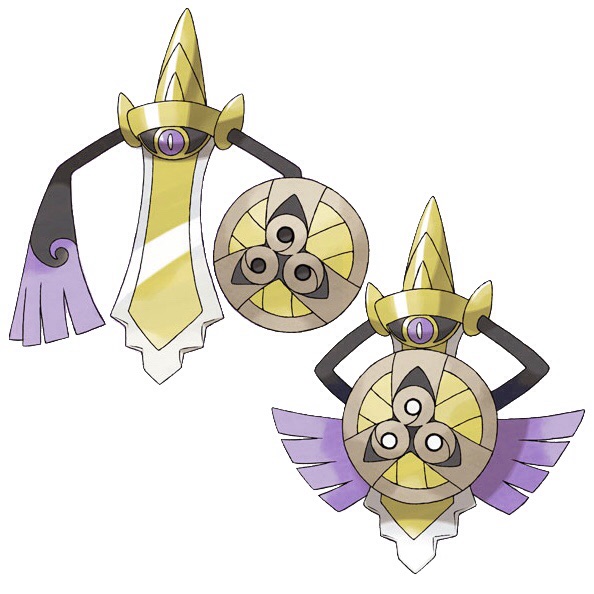 The first Pokémon I actually went through the trouble of breeding for perfect IV's. Probably my favorite Gen6 Pokémon, bare the Megas on this list. Used it as part of the Malamar/Noivern combo/core. Aegislash is a really versatile Pokémon and probably one of the most helpful and present on my time playing online.

The one which warmed up on me. I was pretty sure that I would have a Haxorus in Gen6 as I did in Pokémon White, and since Haxorus is my favorite dragon, it made sense sticking to it. But I decided to give this new fella a chance. And I'm glad I did because it had some neat tricks such as Hurricane, Draco Meteor, Flamethrower (very useful on my zard-Y's team), Tailwind, the ability to scout the enemy's Pokémons items, too. The more I used, the more I liked it. I had a few of 'em until I got the one with perfect IV's and all that. Said Noivern was called Valefor, the others were always named Bruce or Wayne.

As stated above, this is still my favorite Dragon Pokémon. It's difficult to find a game where it does more than defeating one Pokémon before fainting, but I'm pretty stubborn when I love a Pokémon. So I was very aware of its limitations and was somewhat cautious when to bring it to battle. 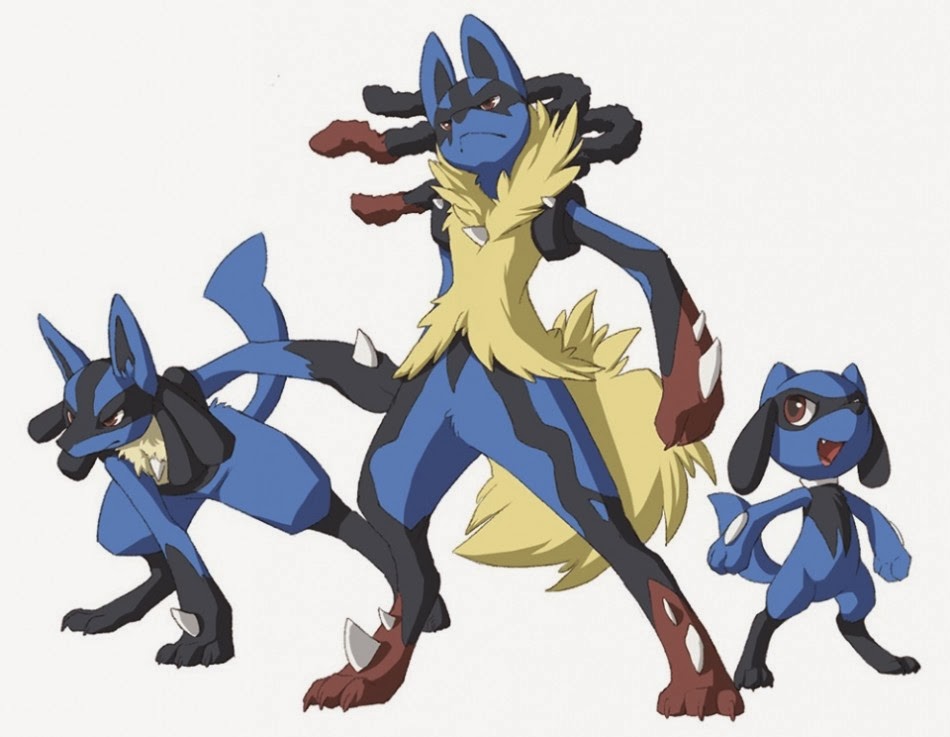 A humanoid fox which can sense others aura and is pretty capable fighter. I don't get why the Steel typing, but whatever. I actually jumped repeatedly in the air when one of the first trailer regarding Mega Evolution was showed and Lucario mega evolved and then used Close Combat (that new animation for the move was hype fuel). It was actually the first Mega I used in Gen6 (in-game and competitively). I wanted to play Smash Bros when Lucario was in it. I still want to play Pokkén Tournament just because of it. 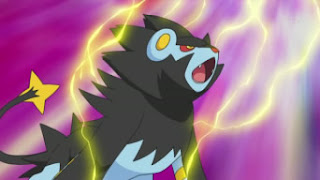 Here it is, my favorite. We're coming close to 1000 Pokémons and yet none of them catched my affection like this one. Now I'm just gonna gush: From the adorable Shinx, the formidable infant Luxio, to finally become that King of Sinnoh grass patches and whatnot. It has a good ability, decent stats, bare its Speed. Which sorta holds it back, but I love it anyways. The design of all its evolutions which progressively get better and better, giving a real sense of development from stage to stage. The fact that its mane resembles Shadow the Hedgedog and that Luxray can actually see through walls with his big gleam eyes. Don't know if I'd want it to get a Mega Evolution though... I guess it would depend on the design and ability it would get. I'm leaning more towards a buff, like they did with Raichu's Speed on Gen6, if they did something like that I'd be more than ok with it. I always call all my Luxrays Yami.

I hope to see more of these lists as the year go by. Feel free to spread the trend! Leave a comment below if you like this or if you didn't, that's cool too. I appreciate the feedback! Wasn't easy to select only 20 of them. Here's to more 20 years of Pokémon.

- Life is an online game. There's no pause.

I'm 25 and living in Brazil on a city called Caxias do Sul. I played Rock N' Roll Racing once and never looked back since.

I am:
- A student
- In the best relationship of my life
- An aspiring writter
- Forever a fan of the Avatar(the last airbender and Korra's) universe
- A great fan of Boku no Hero
- An avid Tekken player
- A below average Kingdom Hearts speedrunner (but i'm improving)
- A fan of great storytelling in general in all their media and form.