Now that E3 is over I feel like I can write a blog and it may get a few more looks than if I had decided to write this last week. I watched most of E3 with Juice and I really enjoyed it. Sony's presentation was probably my favorite, I am really excited for some of the games that it announced. I am especially excited for Horizon. But enough about E3 because I am sure we have all had are fair share of talking about the new games and consoles that will be coming out this next coming year....on to what I would like to blog/talk about.

Death of a favorite Character

I know we all have had a favorite character, whether it be from a game, book, or a movie we all have one. And we know that not all characters can last, or survive throughout the whole story. This is just life. So in this blog I wanted to talk about how I personally deal with character deaths and some of my favorite characters in general. I have been thinking about writing this for awhile now because I just finished a book recently where a good strong character, that happened to be an Eygptian Cat Goddess got killed when the book was almost over. I didn't even really want to finish the book after that. How can you have a character last that long and fight so hard just to be killed so near the very end? So that got me thinking about all the unexpected deaths I have read and experienced in my life. The biggest and most heart breaking one that comes in mind is Bridge to Terabithia. This book completely broke my heart. I will not give away who died because I know some people may have not read it and may want to read it in the near future, BUT I must warn you it will break you. I read this book when I was very young and it was really difficult for me to get over because I felt very connected to this character. To the whole book really. Never has a book connected and stayed with me quite like this one and I feel to this day I am still trying to process why an author would end a book in such a tragic way....but anyway. Here are ways I help myself get over a tragic character lose. 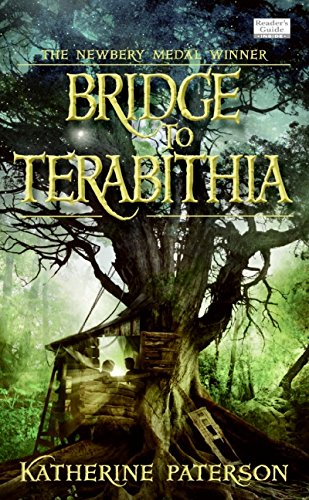 Now this may seem sort of harsh but sometimes the best thing you can do is just move on to another story that you can emerse yourself into another story and get lost in a new and wonderful world. I sometimes have a hard time doing this because I get very invested in a world or story and just don't want to ever end. I just finished a book a few weeks ago, and I am still having a hard time moving on to another story even though no one I really cared about died in it. So it just depends on how invested in the story you are to determine if you can just move on. When I am really upset about a death I force myself to read and fall in love with a new story so I don't have time to think about that character or story. Sometimes the best thing can be distractions. Whether those distractions come from a new book or a new game you just got to force your mind off of that character you love so much.

Ok... I know what you are thinking? Why in the world would I want to re-live this horrible thing? but hear me out on this. Sometimes you need to reread the story, or replay the game or rewatch the movie to fully understand the situtation. It is usually that second or third time reading, watching or gaming something that you fully understand why a writer did something a certain way. I feel the same thing applies when a death has occurred. It is that second or whatever time thru the book that you understand and learn the lesson or morale that the writer is trying to put out there for you. I love re-reading books just for the simple fact that I learn more each time I read the book. I feel like I get to know the author just a little bit better each time I read their book. It was only AFTER re-reading Bridge to Terabithia that I understand why this character had to die and what the other characters learned from this death. Also what I could learn by reading this book. It also gave me a glimpse into the authors soul. I truly believe that when an author kills off a character it is almost like them giving a piece of their soul to their readers.

On the flip side of the coin, you could never ever read or have anything to do with it again. Just pretend that you never experienced that death at all. I would not recommend this at all. You read, put your time into this so why would you want to pretend that it never happened. It is like a bad relationship, you want to pretend its all over and never happened but you can't deny that you learned something from that bad relationship. Each bad experience, horrible character death or whatever happens in your life you must learn and gain from it. I know this is getting kind of preachy so you can stop reading this now if you would like. But I firmly believe that any piece of literature out there, whether it be books, games or movies have a good lesson that you can get out of it if you as an individual chose to get something out of it. (end of rant now) So don't stop reading or playing a game because your favorite character has died, keep living in those worlds and loving those worlds. Each character death happens for a reason, a writer would not just kill someone because they felt like it. (well Martin might buuuuut that is another topic all together) Each character death gives the other characters in the story a chance for personal growth and a great chance to look at themselves and what they are doing with their lives. It most stories you see this growth as the story progresses. So hang in there. I know this blog was a long one, so thanks for taking the time to read it all. Leave a comment of how you deal with character deaths and some of your favorite books or games. I will try to check them all out!