Resident Evil 7: Get Some (First-Person) Perspective 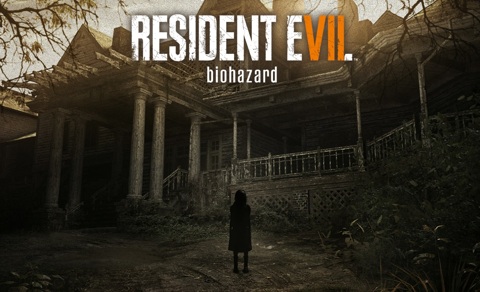 With the reveal of Resident Evil 7, we are presented with an absolutely fascinating example of a long lasting and revered game franchise receive a complete reworking of its established formula. Almost universally, fans of the franchise believe the series has long been in need of a reevaluation of the core ideals in which its name was made. The famous decline of the series from the prostegious debut of the "Survival Horror" genre, to its current form of AAA action-fest trying to appeal to everyone is a common anecdote and cheap laugh among the gaming community.

With the debut of RE7, it seems that the series is dead set (pun intended) on returning to true Survival Horror. While you would think this alone would be having fans celebrating and welcoming the new direction with open arms, already dissenters are declaring the death of the franchise. For one thing, the shift to a first person perspective is among the most controversial aspects.

As a long time fan and someone who considers themselves knowledeable on the franchise, I am going to try to address some of the more obligatory complaints that I have seen be expressed since the game was revealed, and then hopefully provide some context as to why I think they are or are not valid.

The most common criticism I've heard is that the game is now played from a First-Person perspective, the idea seemingly being that the deviation from the classic 3rd person perspective somehow will detract from the game as a whole. I only really have one thing to say about this, and its that RE is not defined by its gameplay perspective. I do not have an actual source to back this up, but from frequenting comment sections and discussions on many sites, apparently the original Resident Evil was originally developed with a FP perspective in mind. While this doesn't validate RE7 being the way it is, it does imply some reasons why the series adopted the style it ended up having, as well as some possible philosophies the creators meant to follow, both from a creative and technical standpoint.

Resident Evil was released in 1996 on the Playstation with first-person console games not being a common occurence, and if they were, they were not overly polished or playable. Let's look at a FP adventure game on the Playstation, Echo Night. 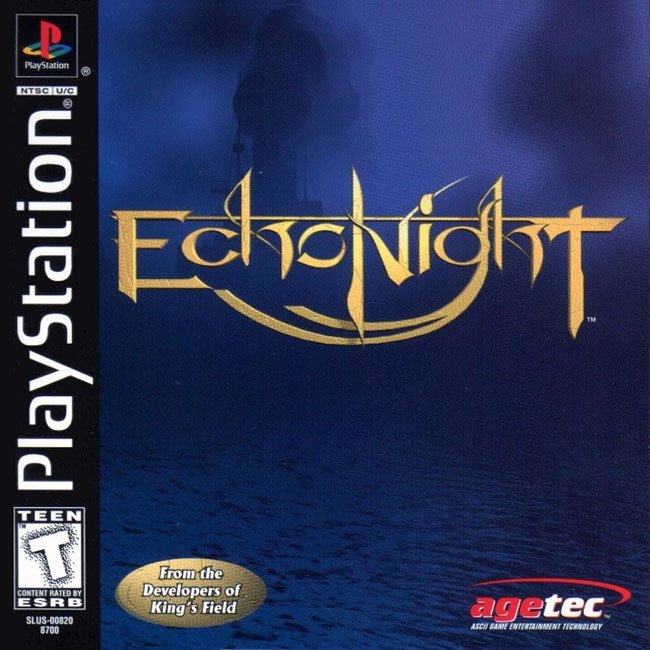 Even with this game coming out 2 years later in 1998, this game shows the limitations and technical hurdles FP console games had to overcome. Gameplay consists of standard FP adventure gameplay: exploring environments and solving puzzles. The controls of the game show perhaps the largest technical flaw that a game like this can have, relative to the time it had come out:

The D-Pad moves you forward, backward, and allows pivoting to the left and right.

The R1 and R2 buttons strafe left and right.

The L2 and R2 buttons move the camera up and down.

This setup is ATROCIOUS, both in fluidity and function and takes serious getting used to even hours into the game. Early Resident Evil games are famous for "Tank Controls", where the character must be moved forward and backward independently, while stopping to pivot left to right. Apparently whoever coined the term never palyed Echo Night. THESE are tank controls, theres no other name for them. They make Resident Evil seem like Devil May Cry as far as fluidity of control goes. Echo Night does have occasional enemies that require evasion on the player's part, but even then, the sense of urgency is quite low. Can you imagine having this control scheme and perspective in Resident Evil where you are in constant danger and are required to avoid enemies, let alone engage and fight them?

I'm rambling a bit, but the point I'm trying to make here is that this form of gameplay would have done a disservice to the game that the original creators wanted to make. No one would have played the game past the first zombie. The third person perspective with static camera angles was simply a better design choice to go with, given the technical limitations of the time.

However, now that technology and improvements in game design have improved, the move to FP could provide a fresh and interesting opportunity to experience RE in a new way. Even, perhaps, the way it was originally intended to be (and no, RE Survivor doesn't count). "It's relying too much on jumpscares."

Am I taking crazy pills or something? Resident Evil has always had great atmosphere when it was called for, but the series MADE ITS NAME on jumpscares. Does no one remember the dog crashing through the window? The Licker busting through the two-way mirror? "ITCHY...TASTY..."?

These are some of the most famous scares in all of gaming, and now all of a sudden it's a bad thing? I suppose it's because indie horror games in the last couple of years have given a bad name to jumpscares. There is NOTHING wrong with jumpscares in and of themselves. A game can have all of the atmosphere and sense of dread in the world, but if it doesnt capitalize on the building up of suspense and tension then it's all wasted. As long as RE7 knows when to unleash a classy scare after an intense build up, I don't see the problem, especially since all horror relies a bit on cheap scares.

"It's not what fans wanted."

Oh, if I had a dollar for every time I heard some variation of that statement then I'd probably have enough to fund my own start-up lockpick shop, "The Master of Unlocking".

First of all, no one can claim objectively what it is that "fans want". Fans of any given franchise all internalize and identify with different aspects of the games. The aspects that one fan holds dear and identifies most with a series will not be the same for every fan.

In regards of this complaint of RE7, the most I can gather is that the expectation would be that it would again be in a third person perspective, but with a bigger emphasis on pure horror, exploration, and puzzle solving. Aside from being third person, it seems like that it was what RE7 is going for, but apparently that still makes it a problem. People seem to want a return to mechanics and aesthetics that were implemented due to technical limitations at the time the golden days of the series were released.

They were abandoned for a reason: THEY'RE OUTDATED.

Let's look at a game that encapsulates all of those mechanics and should have been a modern return to RE sensibilities, The Evil Within.

TEW sought to be a return to form for modern survival, a venture headed by none other than Shinji Mikami himself (one of the directors of the original RE). Leaving the merits of the actual game aside, this game had the best chance of representing what a modern take on RE and the evolution of RE4 could have been. With all things considered, TEW demonstrated an amusing riff on what a rebooted RE could look like, but only that. A harmless distraction. It did not even come close to fulfilling its potential as being a shakeup to modern horror games as it should have been.

I believe that the new first-person perspective is absolutely what the series needs to become relevant again. There is nothing that would be gained or lost from losing the third person perspective.

A prettier third person shooter with cute puzzle solving and item management cannot be all that it takes to bring the series back to the prestige and relevance that it once possessed.

Another criticism I've come across at a great frequency that I intended to talk about is that "It isn't RE". This in my opinion deserves a whole other blog in itself, as it additionally begs the fundamental question "What is Survival Horror?" Perhaps I'll attempt to tackle that at some point.