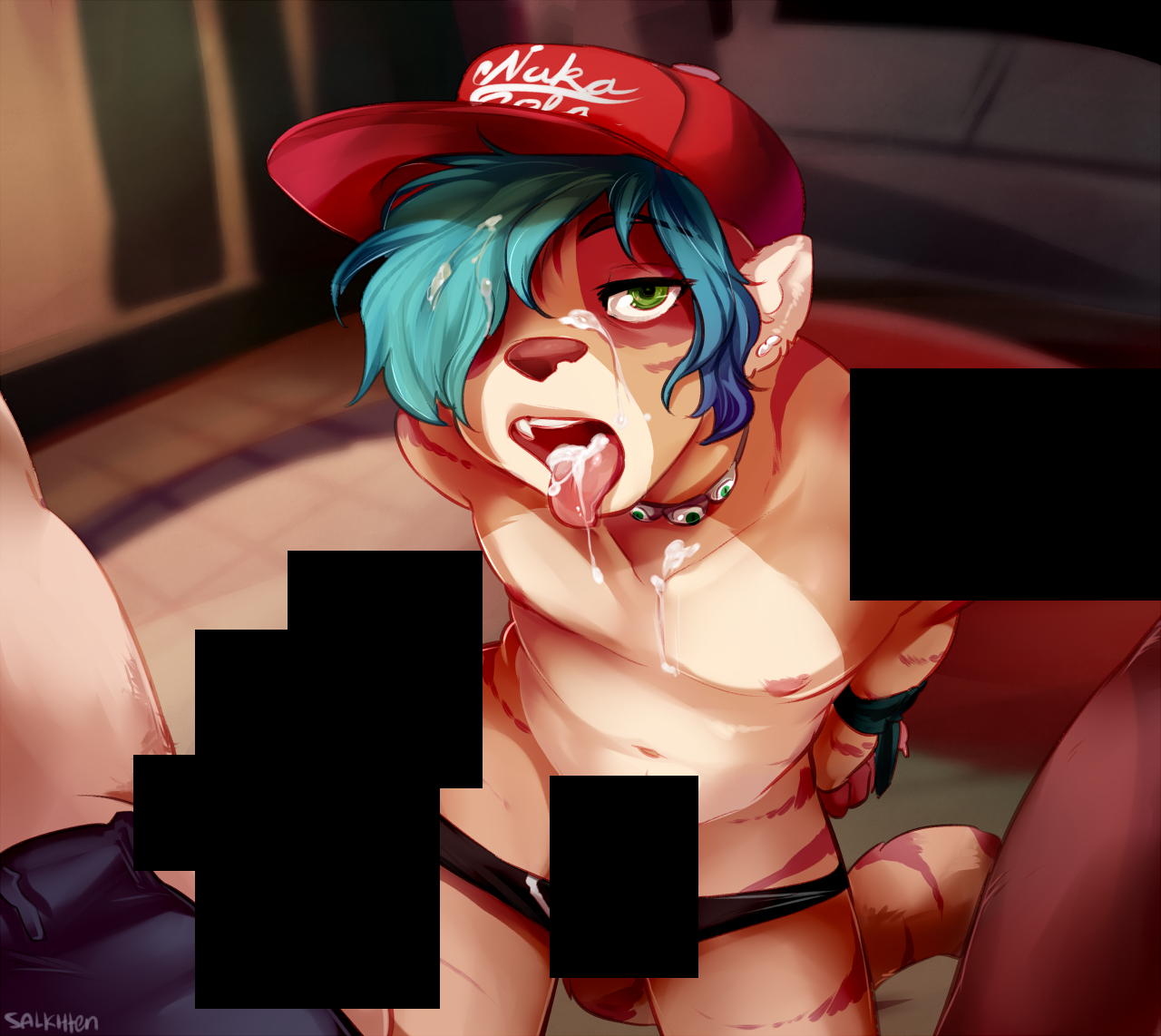 Right. Video games? Let's get that part out of the way.

Maybe Watch_Dogs 2 will be a lot better than it's daddy I can be angsty too first outing. Maybe EA's doing a good thing with EA Play to Give. Maybe Death Stranding is Kojima's very own little #FucKonami. Who knows? The anticipation is mounting fast and there's only so much I can do about that anticipation besides funneling it into spite towards any detractors or naysayers.

But, that would be terribly unhealthy. So, I choose the only alternative: Fap like the wind.

One day, perhaps instead of death threats, we will just wise up and FAP. It relieves stress, works one of your arms rather well (unless you're one of the very small percentage of people who are having the time of their life being ambidextrous), and inspires creativity! I mean, in an ideal world, it would.

Such is the poetic tragedy of life. It sucks and we just don't fap like we should.

Well, for those out to change the world a little bit by little bit, here are some of the best places to start perusing. Make sure you share all these links with your friends and family! Let them know of the amazing all-cure that is fapping!

If you're looking for some vanilla spice in your apple tree, then look no further than sssonic.

They do a little bit of everything. From Sonic (naturally), Undertale, Shin Megami Tensei (and I don't mean what you're probably thinking), Spongebob, Pokemon, Zootopia, you fucking name it. If nothing else, this cherished soul is a thrill to watch. I never know what they're gonna do next!

The slightly exaggerated proportions and nail on the head expressions absolutely make the work. Though, perhaps the same can be said for a lot of great pr0n artists.

... there's only so much I can go into about why something's sexy! It's such a primal sensation. BOOOOOOBS! BUUUUUTT! COOOOOOOCK! Sheela is the artist I've been following probably the longest out of all of these. Their choice of color and sometimes very polished shading always stood out amidst my Tumblr and FurAffinity feeds. Also, DeviantArt, but I don't use it anymore.

Sadly, because of some complications with health-related issues, they've been slightly out of commission for a while. Still occasionally doing work, but not very steadily. It's not often that I reach out to lewd-doers about anything not related to their work beyond reposting Patreon links or something, but I felt the need to for Sheela. They deserved it.

Even their original characters are totally da cutes.

You know why I'm 250% queer? It's guys that look like that. I want to be enveloped by cute dudes. Those bulges, those tiny little hips, those smiles ERRGGGGGGGG <3

This is actually the only Japanese artist on my list, strangely enough. While the name is in English, it's definitely not... English? If you know what I mean. Also, the only artist here that specializes in drawing plain old human beings. How novel!

2n5another is a gem and makes this lover of all things cock-related very happy.

Their other surname is far far longer and impossible for me to pronounce, so let's just keep it, appropriately enough, short and sexy with "Boogie". Like, getting down and shaking your butt?

Though, Boogie's not quite that same old song and dance. Boogie's, in fact, sort of their own thing. I've never seen someone so deeply in love with both shortstacks and, of all things, foodplay. That goes for both regular foodplay and vore. Nevermind the unique coloring/shading/texturing which is often in excruciating detail.

One of my favorite pieces of all time is the first four images of this set, featuring best waifu Midna taking in a huge load and then shrinking down her partner while the cock is still in her mouth. Mercy.

Shit, if you're going to have "Sonic" anywhere in your name, you better be damn sure people aren't going to be disappointed when they're already wasting precious time trying to rub one out to get their weekday started and this artist does not disappoint!

Even Argento's original characters are heavily-inspired by Sonic's short statures, anthropomorphic appearances, and two pupils to one eyeball. Given some clothes and a slap on the wrist, some of them could even star in an official Sonic video game or comic!

Though, that isn't reeeeeally saying much.

Yes, that is a real fucking character from the Sonic Archie comics.

Now, here's where things will start getting a little... odd.

I know we're trying to save the world with fapping here, but we also don't know what works and what doesn't. Everyone's different! Some are into plain old asses and titties, while others are into cock vore WHOA did I just say that out loud?!

I would've had the header been something of Soto's that they're more known for, but that would mean quite a lot of censoring.

Yeah, you get the picture. Now, here's where you can get those pictures.

I don't like most of what Soto/Freckles puts out, but that moment, every so often, when their work perks me up, it well perks me up.

What drew me to TheCon's work is fairly obvious: Midna!

In fact, they used to do a feature called "Midna Monday", where it'd be just a random lewd of Midna up to her naughty little tricks again. Some months ago, an acquaintance of mine turned me on to them during one of said Midna Monday's and I was immediately tripping over myself to hit that "Follow" button.

Outside the usual Waifus, Inc., they do general shortstacks and lots of big booties (and that is not limited to just female booties). Appreciable, for sure.

These last three are Best Ever territory. So, strap o- *ahem* strap YOURSELF in!

Most characters that Powfoo does are insatiably adorable. All cheeks are gonna be pinched if I ever meet them for real. Even if some of their work is a little bit too, well, prepubescent for my tastes. Though, most of those are at least still worth a laugh and even usually SFW!

Unfortunately, however, not so much for Powfoo's work on his own character (as I've said, some of their stuff strays a little too far from what I personally find comfortable viewing, as fine a line as that is). On the contrary, because of a couple of comics from fellow furry chap Tokifuji featuring the aforementioned button-nosed tigerboy.

Over at Hardblush, you'll find comics by both Powfoo and Toki. One of these bundles of comics, one they collaborated on with several others, is one of the veeeeery few premium pr0nz I've not regretted purchasing. It's that good! So long as you like cock.

That's why it's called "Hardblush", you see!

Go and check out that damn good Boystown, if you're interested (there's also a Special Edition). It's where I fell in deep love with Tay, the little tart. Mnf.

Let's bring out the What Ticks Me Dick checklist, shall we?

This lewd dude has got it all! I honestly don't know where I'd be without ducky and their sexy, cute, huggable giants. Probably still using my own imagination like a twat. Now, that would be awful.

I'm not sure if Modeseven is my absolute favorite (they're definitely up there), but they're assuredly the most interesting of the bunch.

Vore? Unbirthing? Genital-swapping? Transformation? Vore transformation?! This maniac can pull new fetishes out of thin fucking air. Each new character is an adventure into a part of my already sick mind I didn't know existed. Hell, I get a tad excited just from seeing something from them in my feed, no matter if I'm sexied to it or not.

Oh, bread sticks! As of this very moment, the most recent posting is of magical amazonian hair smothering a-... and a hairjob?

One of my all-time favorite characters is Mode's Nuki, the "Venom Empress". Why is she called the "Venom Empress"? Because she has a stinger on her tanooki tail full of otherworldly toxin that transforms her victims into her various playthings.

I can imagine some weird stuff, but Mode takes the cake, gives it sentience, and makes it fuck a well-endowed troll woman with a vagina that can be used as a second mouth to eat that cake while it's being fucked.

I'm not even kidding, vagina and nipple mouths are a thing around Mode.

Until the next time I need to let loose about my sexual aspirations for whatever reason, see ya! And keep watching the skies!