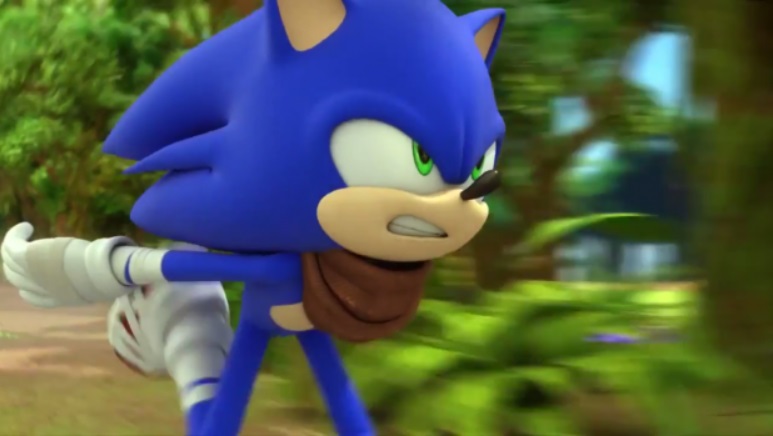 It was the night before Christmas... I mean, the day before E3, and there have been rumors and hints about a new big Sonic game floating around for months now. I've been sitting on this blog for some time now since I kind of forgot about it, and today seems like the last day I can publish it if a new Sonic game is actually revealed in the upcoming days.

So here's my wish: an open world Sonic the Hedgehog game!

If you were to look at the comment section of Sonic related articles in the last few years here at Dtoid, you would probably see the occasional comment from me about how the next Sonic game should be open-world so Sonic has room to stretch his legs. But it wasn't until the Mad Max game was released last year that I really understood how cool the idea of an open-world Sonic game is (to me anyway). 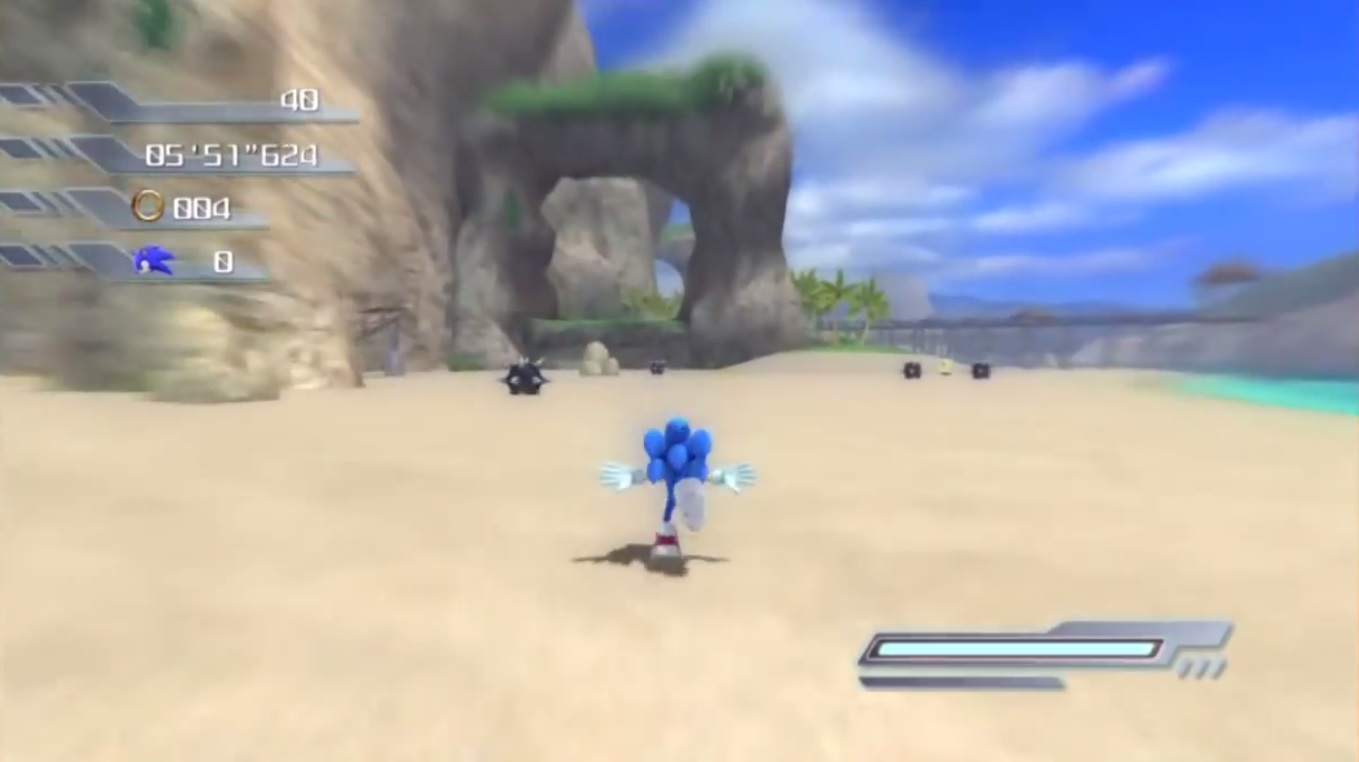 Sonic 2006: A wasted opportunity in so many ways

I've seen glimpses of a game like this from Adventure 1 and 2, 2006 and Boom, but it has never really worked. You see, my problem with the 3D Sonic games (and by that I mean the Adventure games, Heroes, Secret Rings, Black Knight, 2006, Lost World, and the behind-the-shoulder parts of Unleashed, Colors and Generations) is that they don't really feel like Sonic games. A lot of them feel like a combination of a racing game and an endless runner game. And if you like that, then the more power to you. I personally don't, because compared to the Genesis games, Advance games and the 2D sections of Colors and Generation they feel a lot more linear, constricted, on-rails and a lot less focused on exploration. They're more about getting to the finish line as fast as possible. There's only one path, you must run as fast as you can through it, and there's very little room for exploration. 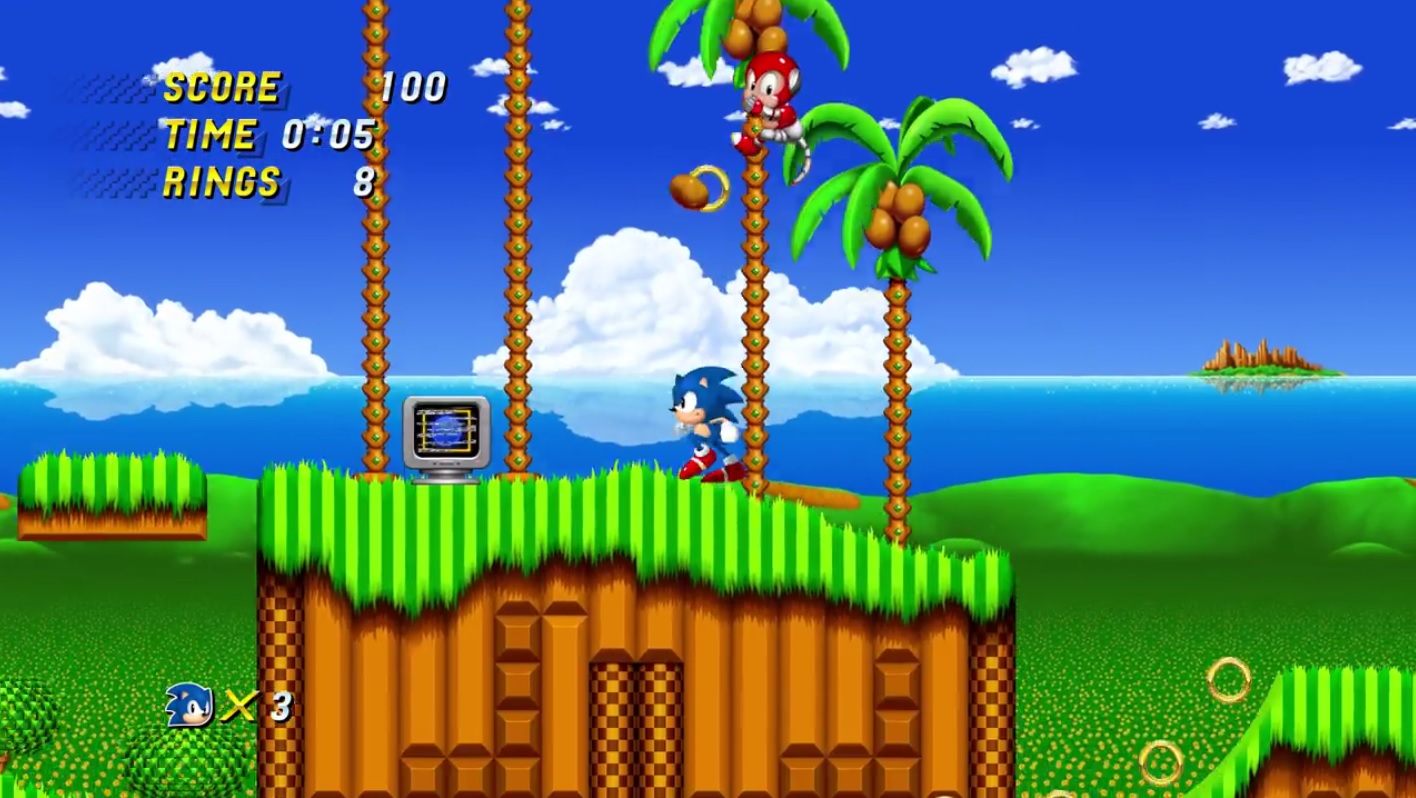 2D Sonic has always worked very well as a platformer. But when you let him loose in a 3D environment, things aren't that easy. Which is why I think that as a pure platform game, Sonic doesn't really work in 3D. This must be something Sega has understood too, since the 3D games have very little platforming in them. I've always found it amusing when people have said that a 3D Sonic game shouldn't be open-world since Sonic is a platfom series, because there's isn't really that much platforming going on anyway at this point. Like I said, it's mostly racing and running.

When I played first played Just Cause 2 (which was made by the same studio as Mad Max) about two years ago, I remember being in awe at driving along the roads which went on for miles and miles in this beautiful, tropical environment. Up smaller mountain paths, along straighter asphalt highways and across the desert. And it was especially when driving through the desert (which had a lot less trees and the terrain felt more suited for going in whatever direction you wanted) that I thought "Wouldn't it be awesome to run around here at great speed, collecting rings, dodging dangers, jumping on enemies and over the occasional hazard?" Fast forward to Mad Max and basically the entire world is now the desert part of Just Cause 2 except with a few more mountains and similar stuff. 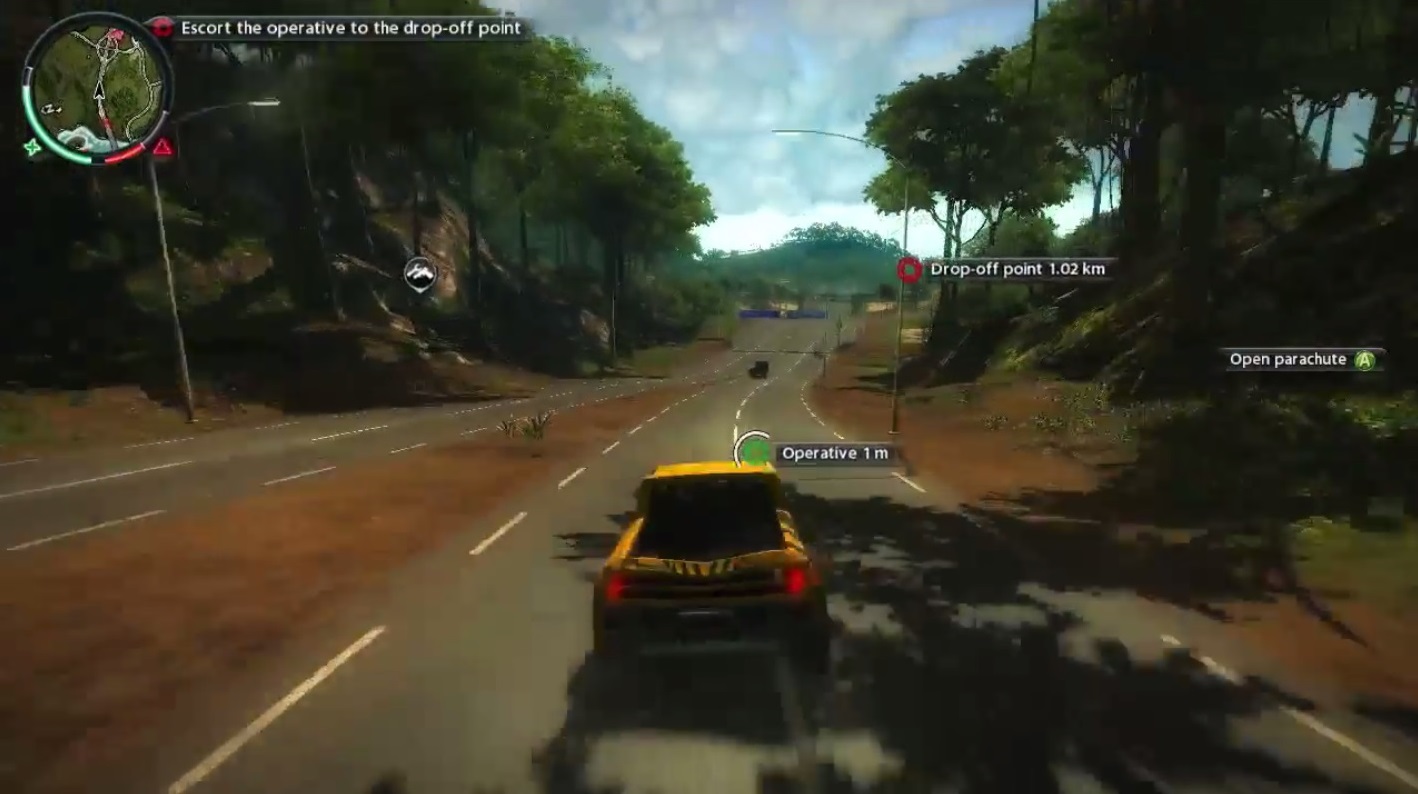 Just Cause 2. So much fun

What Mad Max does brilliantly is having this huge open environment where you cruise along, shoot and ram bad guys and towers, race, dodge lightning and explore the wilderness. This is what I want for Sonic. Running around at a nice speed, defeating bad guys and exploring. Now don't get me wrong, I don't want everything from Mad Max. I don't want Sonic to have Arkham/Mordor combat or guns and the like. I think we all saw from Sonic Boom how combat in a Sonic game should not be. The combat should still be fairly simple; jump on or spin into bad guys to defeat them. But it's all about the freedom and flow. Basiacally enough room for Sonic to stretch his legs and go fast without it feeling on-rails and linear.

That's not to say there isn't room for platforming. But there a difference between the slower, more precision-based nature of Mario and Sonic's focus on momentum and flow. What I mean to say is that you can't have these small platforms that require Sonic to stop and wait and jump around in small closed spaces. The platforming in a 3D Sonic game should be more about reading the environment, picking the best path, jumping to avoid hazards and strike enemies. More about the horizontal than the vertical, if you catch my drift. 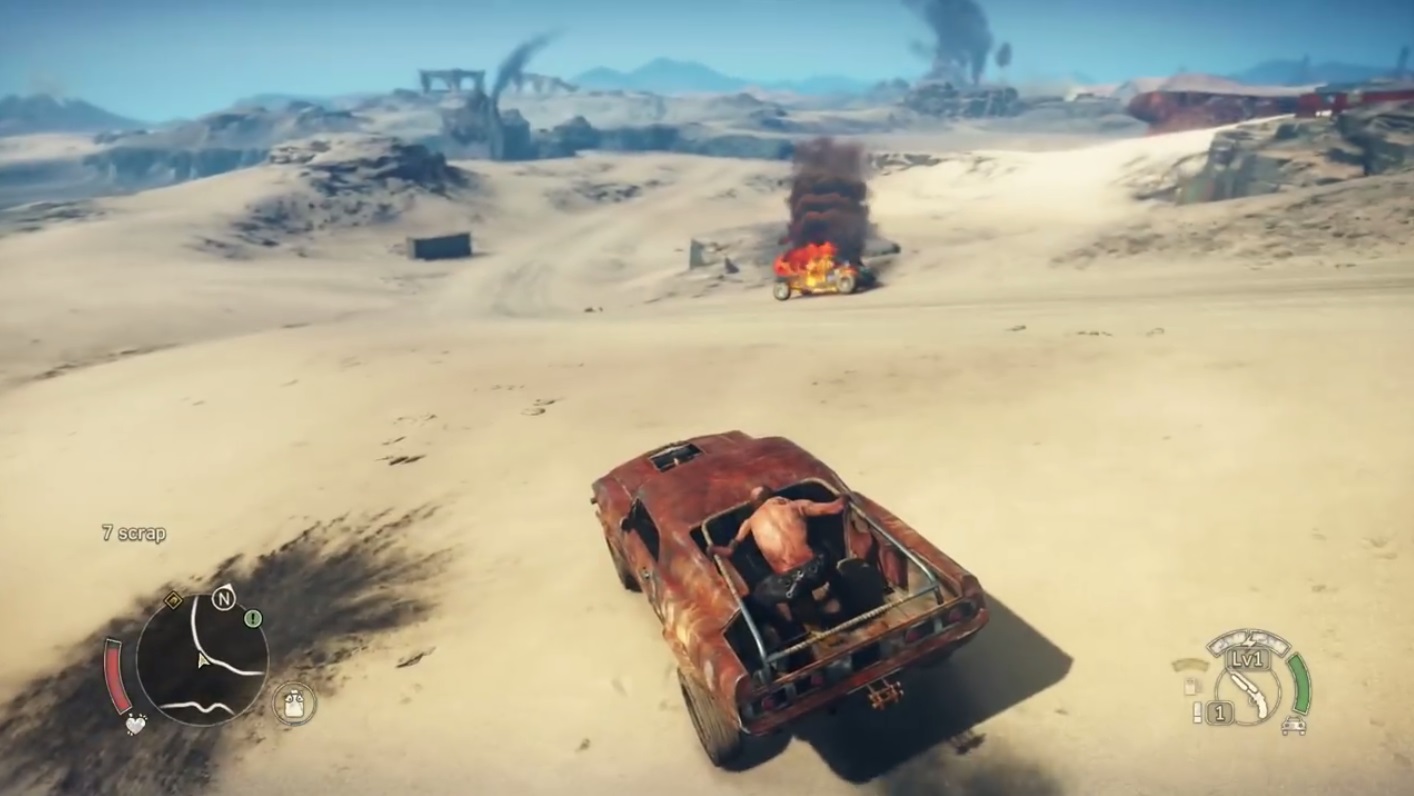 Imagine this, just with more colors and big robots, sort of

So how would a game like this control? Here's my idea (which might only work in theory): Sonic would control pretty similar and tight as Mario would, except with a little higher top speed. Pretty much like a regular 3D character in a 3D world. However, once you're ready to go, hold a shoulder button, like you would in a racing game, and Sonic would start accelerating at a much higher speed, and would control more like a car than a character. And he wouldn't be able to run in completely different direction or turn on his heels unless his speed was lowered enough first. You would, however, be able to do sharp turns, similar to a hand-brake turn. Again, this probably sounds farfetched and I'm not sure if it would work or not, but that's my idea, and in my head it works wonderfully.

And how would all of this play? Like I said the world would be pretty open, there would be hazards for Sonic to avoid or destroy, the world would be a mixture of Just Cause 2 and Mad Max but suited to the playstyle of Sonic with a handful of close, interconnected islands with each being a different zone (grass, desert, ice, volcano, industrial), platforming that's more about timing and flow than precision and waiting, there would be roads that would reward you with rings for following them but not following them could lead you a little faster to your destination, collecting rings for upgrades to  Sonic like higher top-speed, taking less damage, radar for finding collectibles, electric/bubble/fire shield, being able to run on water, run over lava/ice/sand without losing rings/traction/speed. Just to mention a few things.

To be honest I have many more thoughts on how such a game would look and play like, but the bottom line is that Sonic should be free. And freedom is about going where you want and doing what you want. And that's not something you get from just going down a linear path, no matter how fast or beautiful it is. Do I honestly think that a Sonic game like this will ever be mad? No, I honestly don't. I don't think Sonic's future is particularly bright. So any of you who hate my idea, you can take comfort in that. But open world Sonic the Hedgehog is definitely what I would like to see.