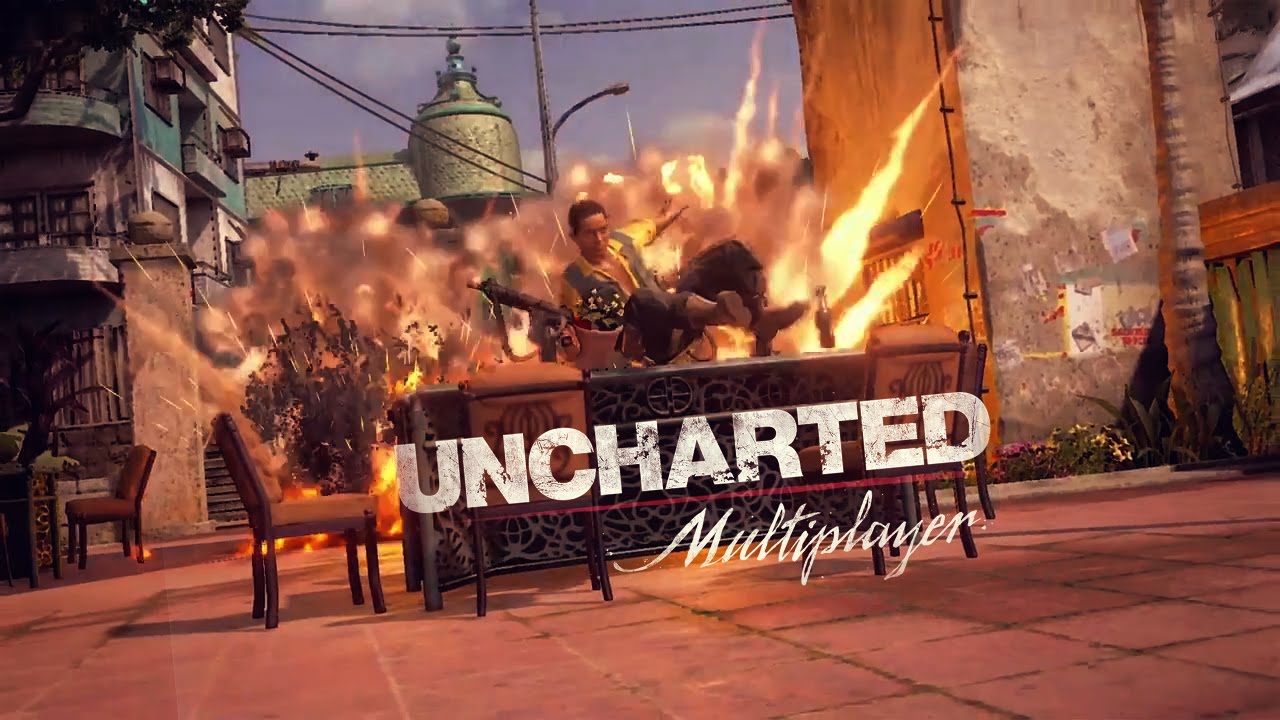 I know most people probably dismiss the Uncharted multi-player modes and focus on the story and set pieces featured in the single-player campaign. But for me this series was able to deliver well on both the single- and multi-player fronts. Uncharted 2 still sits as a favorite for many fans, and I still hear some rank it above the fourth entry, and all told it remains my favorite as well. Despite Uncharted 4 having a better campaign, UC2 is the complete package. For me, it all hinges on the quality of the multi-player mode and for all the know-how applied to their single-player modes since the series' inception, Naughty Dog doesn't seem to know what they got right with their multi-player in UC2.

In Uncharted 3, the multi-player modes got a big overhaul and added a bunch of upgrade and loadout systems to bring the game in line with other shooters of that generation. The problem was that the modes never got robust enough to justify these expansive loadouts, and often times this meant many guns needed to be nerfed to fit into the new system. UC4 does the same thing, but with a weird dual currency/micro transaction system thrown into the mix that makes all of these added loadout features cumbersome and grindy to acquire. 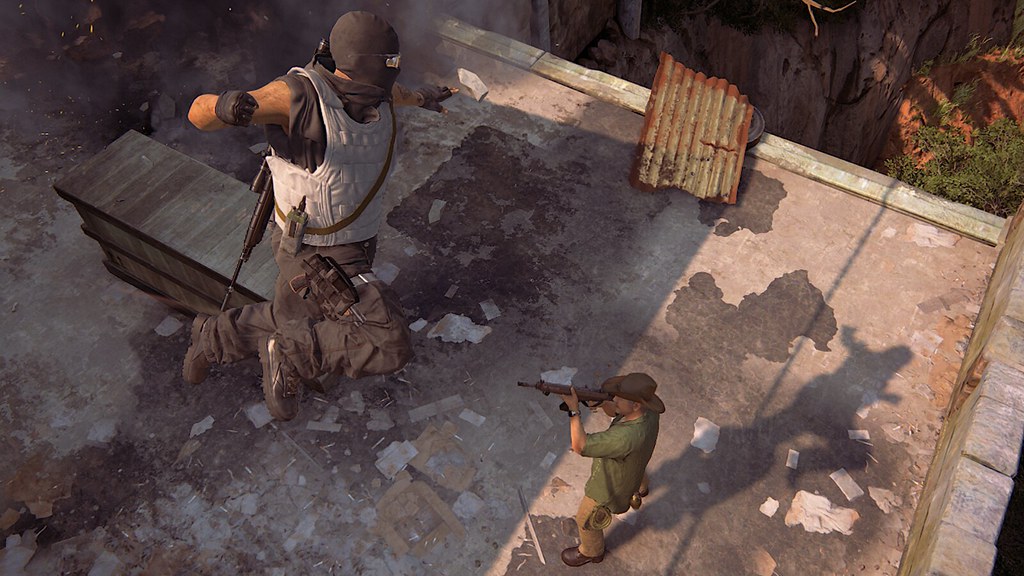 To understand this better, it's necessary to understand how UC2 handled its multi-player mechanics. UC2 played a lot like an older arena-style shooter. Characters didn't have loadouts, but instead spawned in to each map with a pistol, one grenade, and an AK47. Other weaponry and grenade resupplies had to be found on the map, and anything picked up was lost (and dropped) upon death. "Power weapons", like the Hammer (a grenade launcher) or RPG were placed in wide open areas that were risky to enter and would only respawn after a long amount of time. This made map control a key factor, even in standard Deathmatch, and with more than one power weapon on a map, it meant activity could be found in multiple places as players all vied for the power weapons. Other less potent upgrades were available, like the Uzi replacement for the pistol or the M4 rifle replacement for the AK, which would spawn more frequently and in several locations.

Flash forward to the newer Uncharted games and that whole system has been tossed out for a loadout system that lets you pick from mostly the same array of weaponry, but with various limitations. Now, since someone can simply spawn in with a magnum handgun or a sniper rifle, neither of those weapons can be as potent. Map control and activity becomes much more dependant on player spawns which means a much higher demand on good multi-player map design which isn't exactly one of Naughty Dog's renowned skills. The very symmetrical and simple maps from Uncharted 2 actually worked in that game's favor, allowing the flow of combat to operate in roughly a clockwise or counterclockwise fashion as players chased each other around the map and empty areas filled up with newly spawned players. The larger, asymmetrical and more open maps with stagnant combat found in UC3 usually meant players would spawn in at the edges and run back to the same combat area they just died at, further reducing the maps' utility outside of the one hotspot. UC4 thankfully rectifies this by tightening up the maps, shrinking them, to make a loadout-style Deathmatch make more sense.

Ultimately, the new loadout and perk systems serve to water the gameplay down, in a weird way. You have more variety, sure, but for the sake of balance, much of that variety seems less potent than it should be. UC4 further complicates this issue by staggering access to this equipment with a dual currency system that you can either earn (slowly) in-game or buy with real money. Most of the real money purchases are limited to cosmetic items, but there's a fair amount that aren't. "One-Time Boosters" can be bought with cash that give you reductions to various cooldowns or increase starting ammo. Real money can also be used to buy more powerful weapons that can only be unlocked normally after scoring HUNDREDS of kills with a specific weapon. In-game currency is limited to opening a randomized chest of vanity/cosmetic items (including new characters, with no chance of duplicates) or a randomized chest of modifiers (upgrades) for some of your equipment (excluding your guns). None of the upgrades actually RELY on either currency and can be unlocked through normal play, but the process is pretty damn slow. Daily challenges are offered that refresh once a day PER LOGIN (so you can't skip playing for two days and then get two new challenges, you need to log in for it to refresh) and these give a big in-game currency bonus... but all of this is ancillary to playing the damn game. None of this stuff used to get in the way before. In UC2, the only thing you could unlock were very minor buffs called Perks that could be equipped before a match. That's it.

Once you've waded through all of UC4's strangely Free-to-Play-esque upgrade systems, the game itself still leaves a lot of room for improvement. With only a Team Deathmatch, Capture the Flag and Ranked Team Deathmatch available, the modes on offer are pretty underwhelming. UC2 and 3 offered way more options on day one, like King of the Hill, Elimination, Pistols-Only, Shotguns-Only and other similar modes. Some of these might be coming in the free updates down the road, however. There's also no ability to watch replays of your matches as I suppose that relies on steaming it ahead of time and archiving it through the PS4's dedicated share button (no thanks). While UC4 does a better job than UC3 of making a better loadout system, I don't think the modes and gameplay are deep enough to justify it still. The simpler oldschool approach they took in UC2 may have been to keep costs down for their first attempt at a multi-player mode, but it ultimately served them better than all of their attempts to capitalized on it since. On top of all of this, the jump to the PS4's premium multi-player gated behind PS+ doesn't seem to have fixed anything that plagued the free PS3 games. Host advantage is blatantly obvious with desyncs causing bullets to seemingly fly around corners and melee kills ending in two-way deaths despite that not being the intended function. I'm not thrilled that the money I spent to reactivate my PS+ account (which comes at a minimum of $18) just to access this mode doesn't seem to be anything other than a tax.

With stripped out features, a convoluted and unnecessary dual currency system, and the insistence on making it a loadout shooter instead of an arena shooter, Uncharted 4's multi-player doesn't recapture the effective simplicity of Uncharted 2's offerings. I know this probably isn't going to apply to most players of the otherwise stellar series, but these improvements aren't out of their grasp. In fact, it'd probably be easier to create a multi-player mode based on the Uncharted 2 experience. They can have the lauded AAA storytelling experience AND the longevity of a good multi-player mode, but I'm not sure the same laser focus applied to the single-player can be found in their multi-player efforts. Games are rarely the complete package like that anymore, often only having the time and money to focus on one aspect (Doom is another recent example of this trend). Uncharted 4's multi-player isn't a horrendous experience. It's just a frustratingly generic offering when what they once had was an efficient and well designed product.