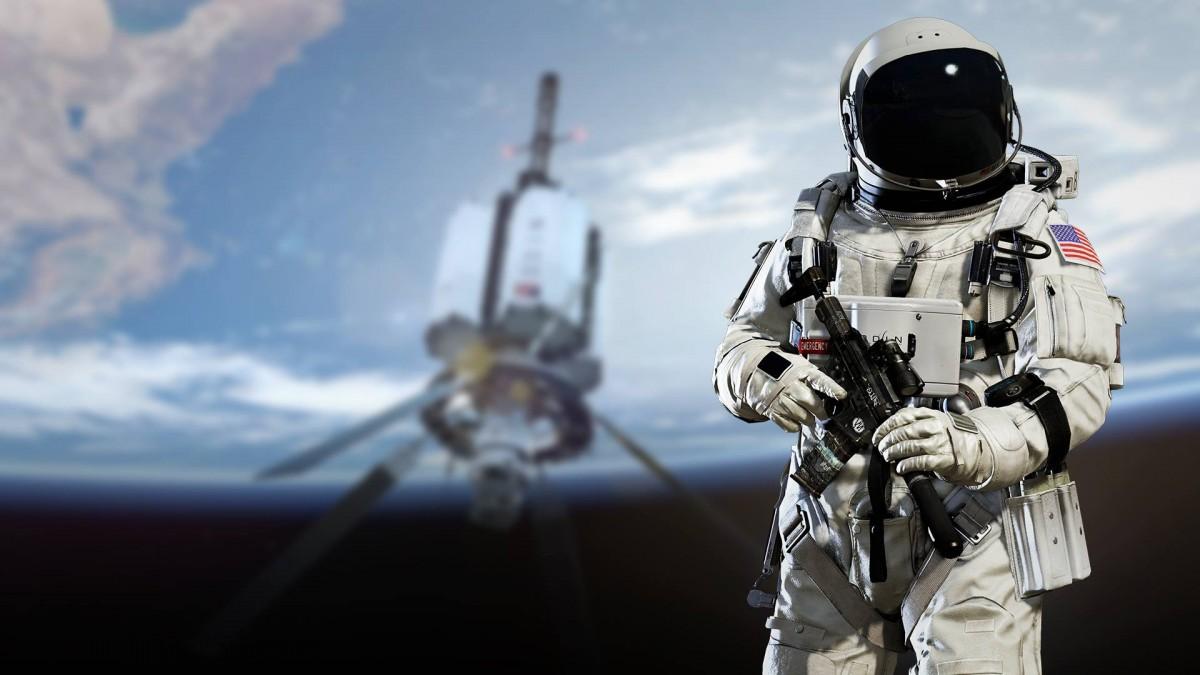 If there is one thing I’ve learnt this week, it’s that Call of Duty is not liked by over a million people and Battlefield is. Whether they are the same people is something only Google will be able to tell you, and even then only if you’re willing to purchase some ad-space from them. It is entirely possible that the dislikes for Infinite Warfare’s trailer are from people unlikely to buy the game – women over sixty, say – since it doesn’t seem to have done Activision Blizzard’s stock much damage. At the close of trading on Friday the company was valued at $27.4 billion. EA, for all the positive hype surrounding Battlefield 1, is worth about $4.7 billion less. In context: Nintendo is worth roughly $17 billion, Ubisoft (over)valued at €3.1 billion.

Among some gamers, the Justin Bieber levels of hate directed at the Infinite Warfare have prompted schadenfreude at the idea of triple-A publishers coming undone by years of reliance on a few key franchises and their annual iterations. Since Activision is particularly guilty of this (or has at least done it with the most success), it’s only right, they reason, that they should bear the brunt of the anger. After all, greedy publishers have been suppressing creativity and innovation for years for the sake of a quick buck. So, more or less, the story goes. Others have gone even further. They claim that what is at stake is not just a few overworked franchises, but the whole FPS genre, which has become so crowded and saturated that gamers are turning away from it.

All of the above is nonsense. The claim about the FPS becoming unpopular is most obviously rubbish. Even with a problematic beta and Bethesda’s mishandling of the launch, DOOM looks set to perform well commercially and has enjoyed a positive response from players and critics. A few months ago, SUPERHOT showed us how much the genre still has room for reinvention. And the slew of recent and upcoming releases like Overwatch, Battleborn, and Lawbreakers continue to tap into the fact that the FPS has the sheer multiplayer potential of no other genre. If I can still have fun playing Timesplitters 2 on my slowly dying PS2, then I am pretty sure there will always be an appetite for newer, shinier, better versions of that experience.

Even so, the FPS could conceivably flourish without today’s big boys. People might still buy shooters even if they weren’t CoD or Battlefield or Halo or something along those lines. But those series are far from dead, and I am pretty certain that they will continue to sell. Yes: I still think Infinite Warfare will gross in the hundreds of millions of dollars. And even if it didn’t, it would take a lot for Activision to suddenly drop the name. The two big clichés surrounding these big triple-A franchises – namely, that publishers are greedy and overreliance stifles innovation – are partly true, but also partly a result of exaggeration and misunderstanding.

Key to understanding why we are a long way off seeing the end of series like CoD comes from realising a simple fact about many major publishers, from Activision Blizzard down to Konami: they are publically traded companies and their primary obligation is not to give consumers more indie titles, but to create value for the shareholders who legally own them. While gamers matter a lot, at the end of the day these companies rise or fall according to Wall Street. *Cue dramatic music*

Selling a lot of games is only a part of the trick for a public company. As we have seen in the innovations of recent years, there are a lot of ways to bolster the top line, from micro-transactions to season passes. But even this does not mean so much. A mantra of many who invest their money, be it in stocks or other securities, is that past success is no guarantee of future performance. This applies to every type of company. Apple recently posted its first quarterly revenue decline in 13 years. Commodity companies the world over have had to face drastically falling incomes as supply outstrips demand in everything from oil to copper. But entertainment companies, like videogames, have it even tougher. Consumers can be volatile and their choices are hard to predict. Demand for a given raw material may fluctuate but it will always in some sense be there: demand for a single game (or movie) may not exist at all, and there is no way of truly knowing until you release it. The presence of successful IP is, for one thing, a partial insulator against this. While past success may not guarantee future returns, it is at least a helpful indicator. Moreover, the IP in question doesn’t just contribute to sales: far more than would a string of standalone successes, a successful series adds value to the company itself. In terms of revenue, Activision Blizzard and EA are almost neck-and-neck – but a part of that gap in their market value is related to Activision’s owning almost all of its major IP, while EA also relies partially on licensed properties like NFL and Star Wars. But no IP is totally pure, and the idea that they necessarily deter innovation (either historically or hypothetically) is a little overstated. The balancing act of creating a repeatedly successful franchise like CoD involves keeping some things the same and altering the formula enough to keep things fresh enough. It’s for this reason that the “Tom Clancy” name keeps getting put on all sorts of games, characterised by a general jingoism and lots of guns, but alterations to the play style and mechanics. The man may be dead, but his name sells stuff, even if they form only a very loose group of products. Even CoD has been subject to numerous reinventions, from the fairly radical overhaul that was Modern Warfare in 2007, to the little touches and improvements which characterised Modern Warfare 2 in 2009. The franchise has succeeded in pulling off this balancing act, and has hence become very valuable. Of course, it’s entirely possible to go too far. Rock Band attempted to do too much, too quickly, with too little innovation, and I imagine it is today a more or less worthless IP.

Let’s look at this another way. Imagine I found a publisher and publish a successful FPS one month. The next month I publish a successful high fantasy RPG. The third month I publish a highly addictive puzzle game for mobile. I might gross $1 billion, if things go really well. But if I then decide to float the company, it might be worth less than the sum of its parts. Why? Because I have had standalone successes only. I have a good record, but it’s not necessarily enough in the long-term to ensure value for my prospective shareholders. Without strong IP underpinning my company, all that’s left are Donald Trump-like promises. “I have the best people. Believe me.”

The truth is that the need for strong IP is not exclusive to public companies. Bethesda is privately held, for instance, but depends on proven IP such as The Elder Scrolls, Fallout, and DOOM. And perhaps more depressing is that we gamers behave in exactly the same way all the time. The massive sales of big franchises speak volumes about our cautiousness as consumers. But even more telling is the way we invest our cash on Kickstarter: some of the most successful crowdfunding campaigns either look explicitly back at old IP (e.g. Wasteland 2), or overtly model themselves on it, such as Mighty No 9 (Mega Man) or Yooka-Laylee (Banjo-Kazooie). The success of the latter Kickstarter I find particularly interesting, since its success compares with the failure of Poi, another 90s-style 3D platformer which didn’t have such strong, obvious parallels with any particular series from that era – and consequently fell far short of a modest $80,000 goal.

Gamers, myself included, love to bitch and moan about big publishers. Certainly they do a lot of dodgy shit. But their reliance on major IP is not only sensible and to a great extent necessary from a business point of view, it also parallels our own behaviour as consumers and as investors (since crowd-funding is really just investing of a sort). This blog is long but the lesson is simple: even if Activision had published SUPERHOT, they probably would have added Call of Duty to the beginning. Just in case.