This Shit Happens More Than I'd Like to Admit 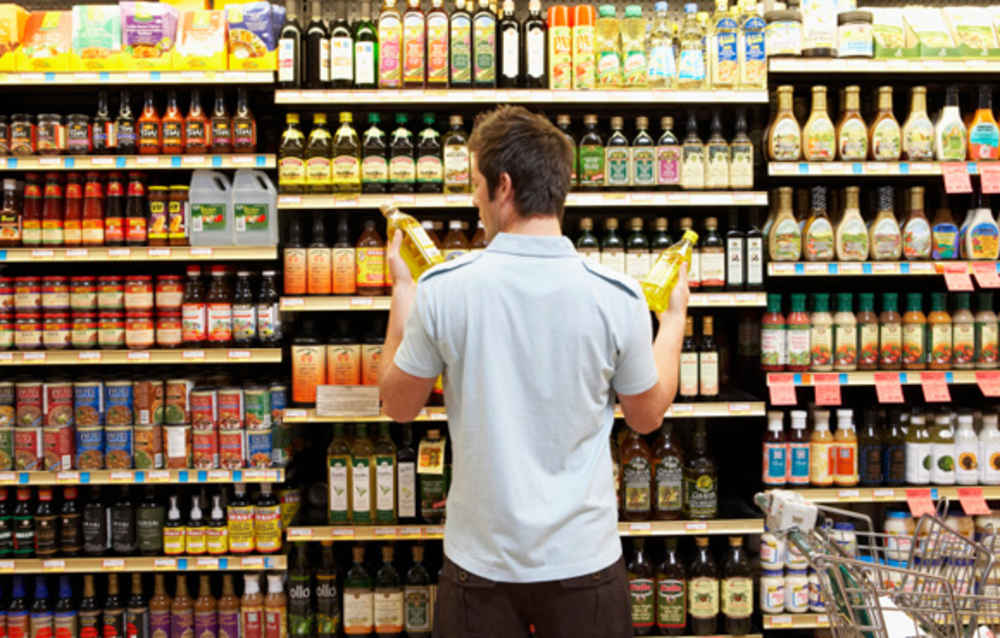 Alright so let see what’s on the Xbox. We have King’s Quest I was playing not too long ago. Hmm, but how much context do I possibly have with that game anyway? The only one I’ve even come close to beating is King’s Quest 6. Nah, maybe it would be better if I started on the originals first in order to understand the minor references. 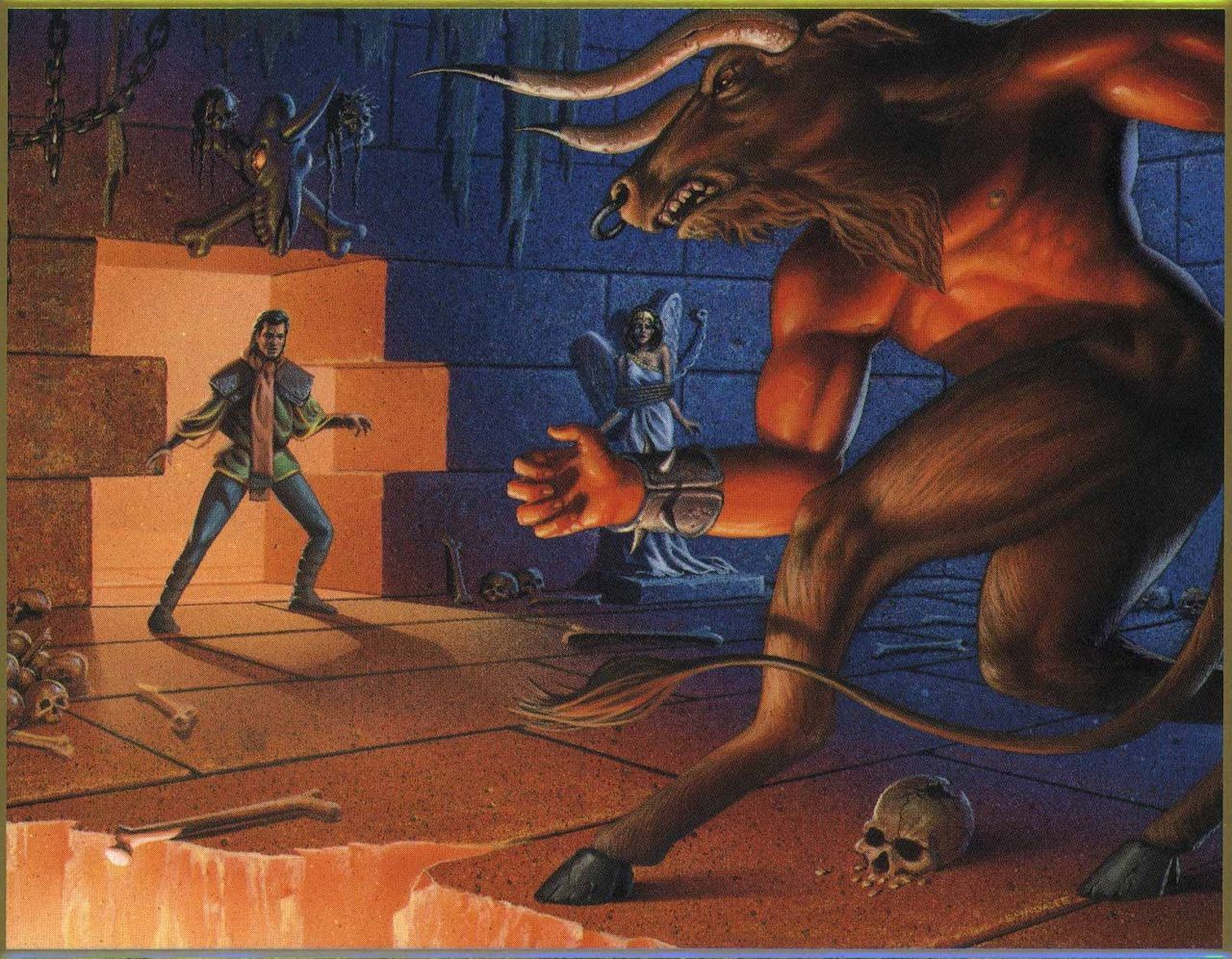 No, I definitely want to play a console game here. I’m not going to get up and start installing some old ass Sierra games right now on SCUMMVM. I know how to do it but that’s gonna take way too long. What I need now is immediate gratification. Perhaps, something I could just jump into and start enjoying myself.

So I guess that leaves me with a game like Geometry Wars. Now there’s something I could just pick up and go nuts in. That said, I don’t really like how the joysticks on the Xbox aren’t symmetrical… I think I’m still gonna lose at that last boss. Maybe I can play something similar on PlayStation 3. 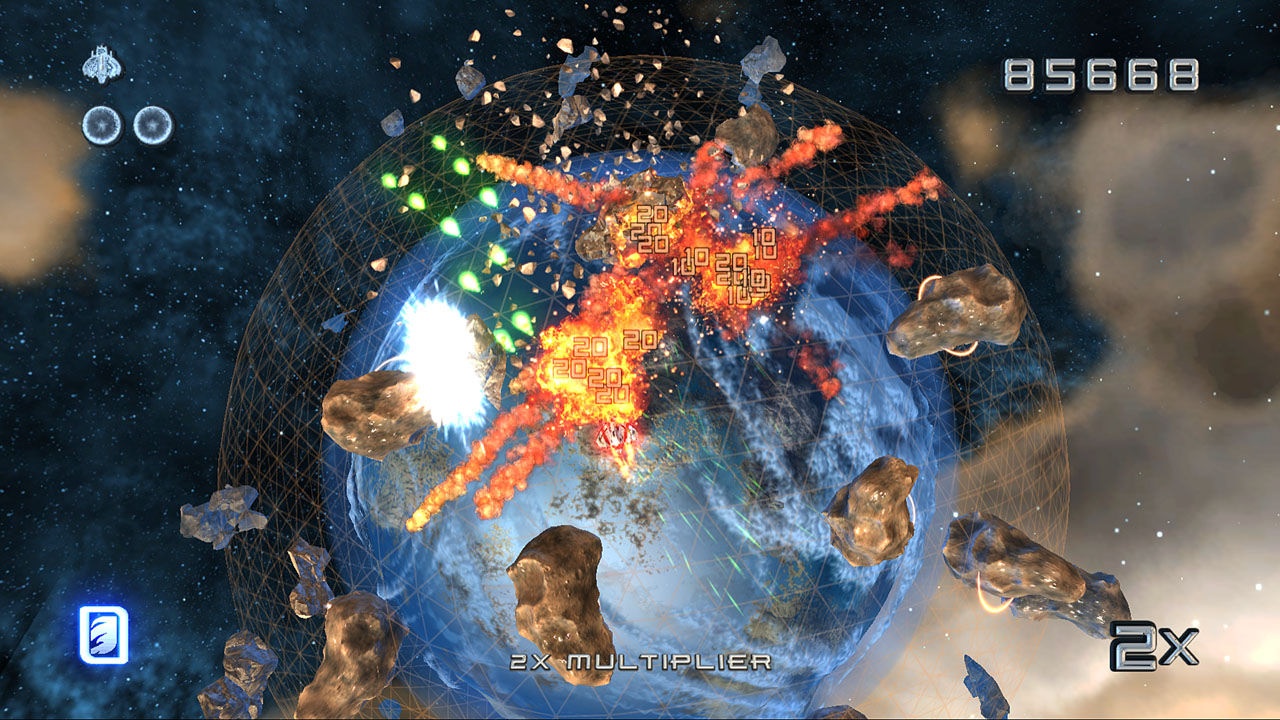 Wait, didn’t I get Super Stardust HD two months ago, I should play that.

I’m still dying too easily, I just can’t get into it. I’m not sure if I’m making any progress. It’s Saturday and I have all this time off, I need to get shit done. I can always do laundry later, right now, I’ve gotta play something and beat it. I gotta get something done, it’s not like I have that much time for gaming during the week.

Maybe it would be best if I started playing an RPG. It sucks that most of these RPGs seem tired. The JRPGs are very formulaic and the Western RPG and too bland. Maybe I need to go back to the heyday on the SNES and find me a masterpiece that’s been translated.

Hmm. Translated games. That reminds me, I still need to play Mother 3. I can’t start playing this without pushing through and completing Earthbound. I actually downloaded that on the Wii U. 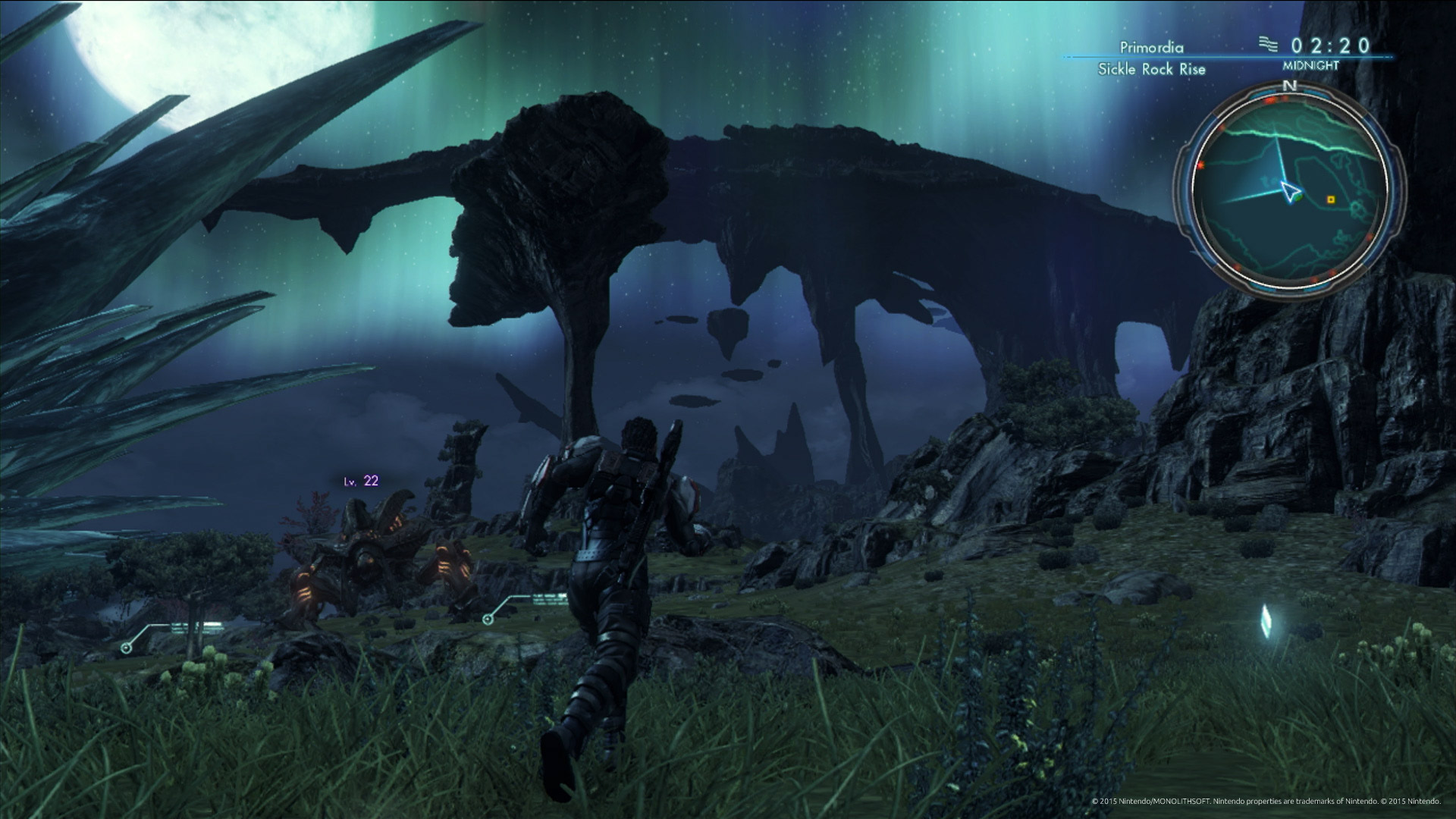 And that reminds me too, how about the Wii U? There’s a system I don’t get enough attention to. Aw man, I really want to play Xenoblade Chronicles X but I hear it’s not as good as the original. If they took out the story components, am I not playing something like Monster Hunter in that case? I don’t know. And then there’s Star Fox Zero that came out, got mixed reviews, I guess I’m not gonna know until I try it myself and that’s also includes Xeno… but I can’t pay 80 bucks each just to try these things. Besides I have so many other games that need to be played and beaten. 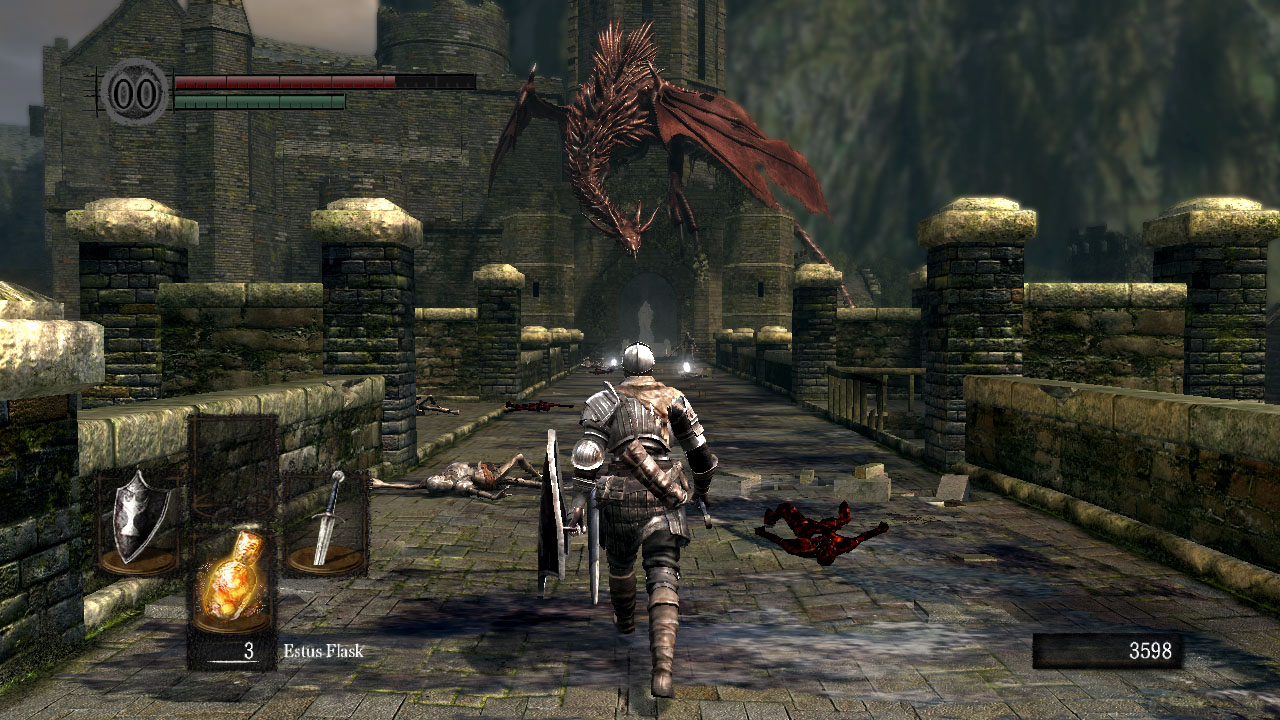 Everyone’s also playing Dark Souls 3 right now, but I still haven’t mustered the will to finally play my copy of the first game. I get it, I get it. It’s hard and you’ll die. I think one day I’ll just have to beat all of them. Just not today.

Today I need something that engrossing and complex, dynamic and engaging. Something that strikes the balance between depth and action. Like an action RPG. Secret of Mana is available to play on the Wii but the writing is so poor that I can’t get into it. Hmm, maybe it’s Zelda that I need. 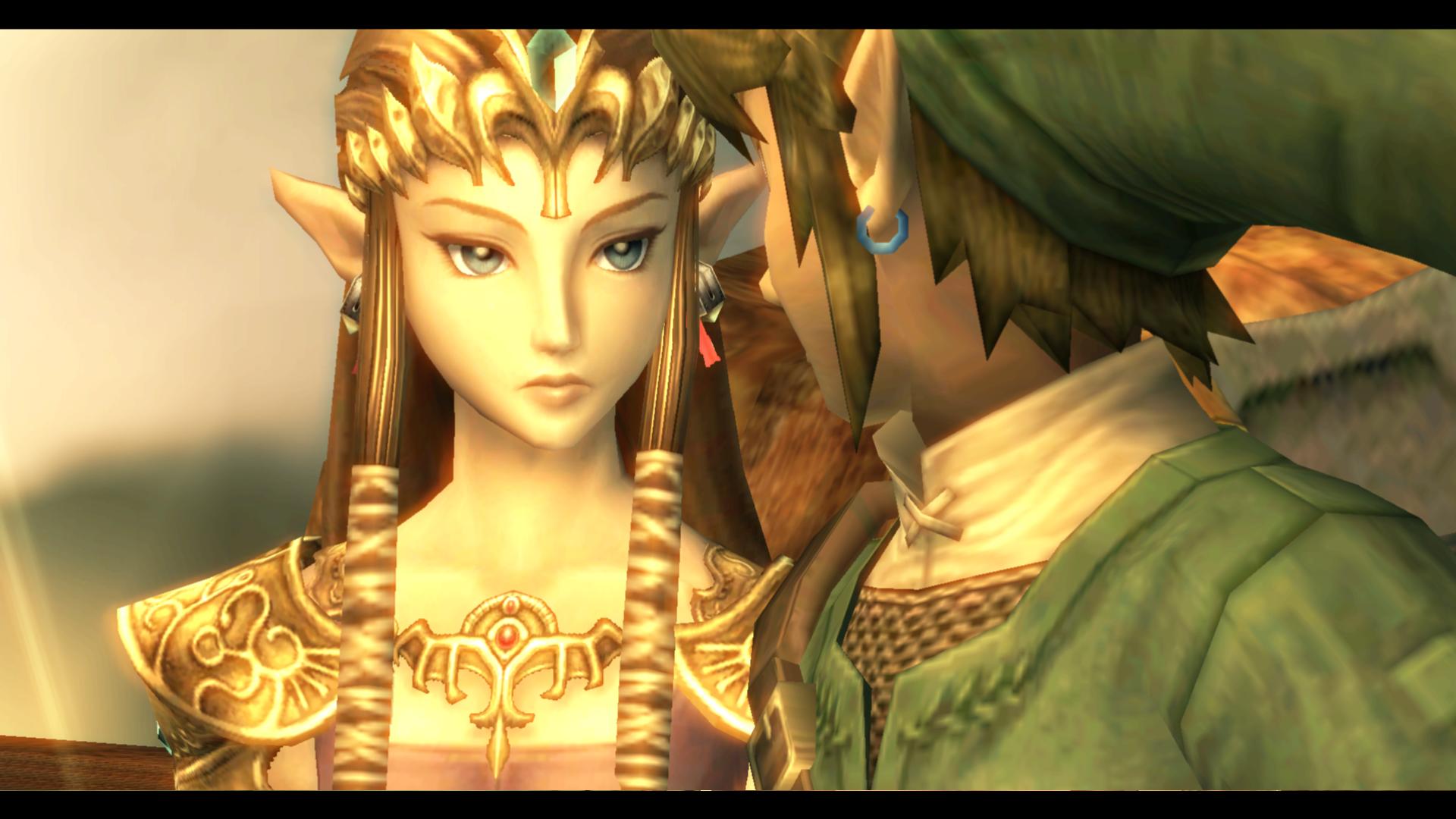 I don’t want to bother with the motion controls in Skyward Sword and Twilight Princess puts me to sleep. Nah, fuck that. I don’t want any collecting today. Besides, if I start those games, I still need to play those Oracle games on Gameboy Color. I think those would be more my speed.

Something tells me that top down anything is not going to work today. Shit, I think I may be in the mood to play through Chrono Cross but I don’t know where I am in that save anymore and I really don’t want to wander around aimlessly. 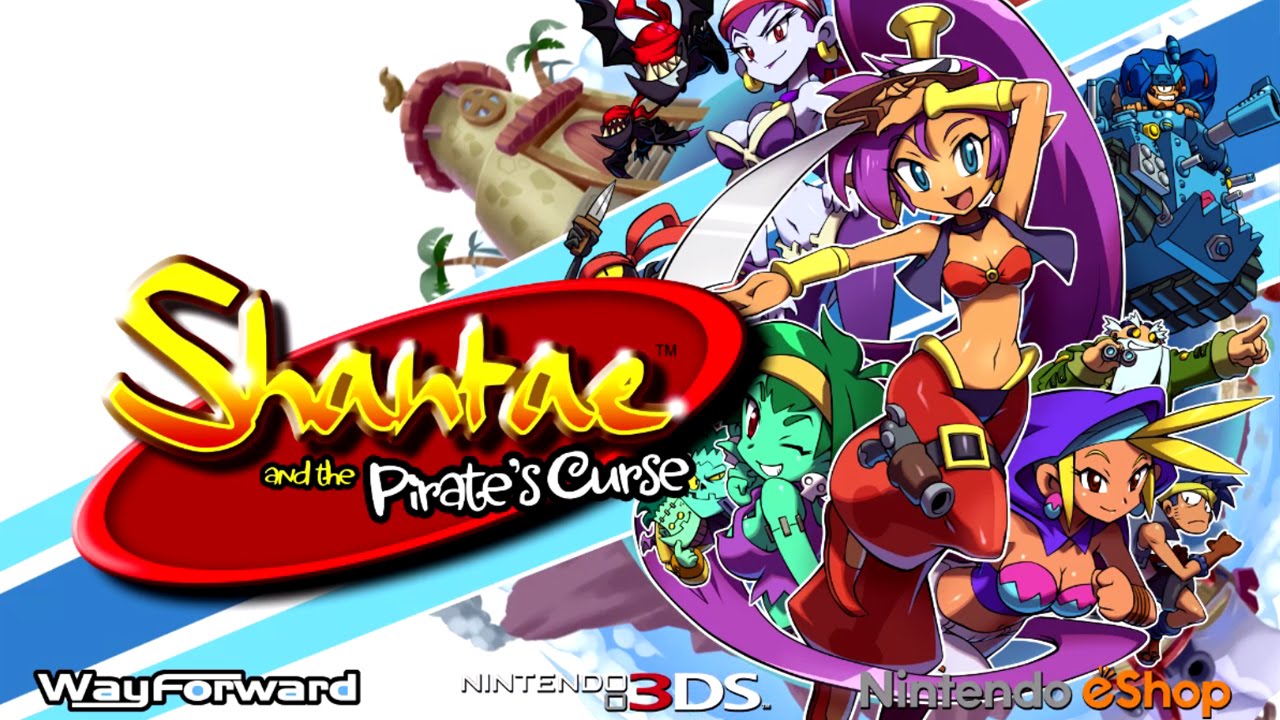 Wondering around aimlessly, I think this may be the overall criteria I’m trying to avoid. Why does gaming have so much of this? There has to be something in my collection that’s straight forward. It would be great if I could other game like Shantae and The Pirate Curse. That one was amazing. I don’t think I there’s really much out there like that. Why am I not in the mood to play Out Land? Not enough color and not enough music. I need something with energy.

Look at me now though, no energy, wandering around aimlessly and no action in sight. Fuck, I don’t know what to play. Why am I not in the mood for anything right now? There’s so much quality on my shelf. Hmm, maybe it’s a question of forcing myself past that initial ease and tutorials. Perhaps, I need to build a stake in the outcome of these games? I need to shut my mind off and push through the first 4 hours and then I’ll be able to enjoy the wholeness of the game. A lot like Baten Kaitos or something.

Perhaps, it’s building a stake in the game, which will compel me to fire up Dark Souls. The problem is that if I don’t end up caring after the initial droning process, it would mean, that I’ve wasted all that time effectively doing nothing with this time off. It’s time that I should have invested in another game! No, I can’t take a chance like that, not today. 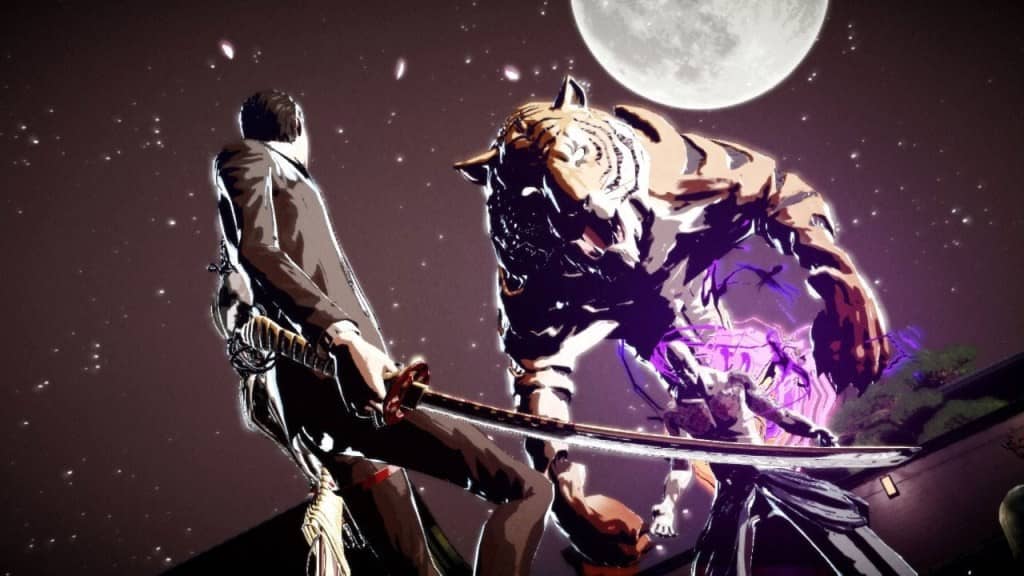 You know what would be perfect right now? No More Heroes. Aw man, what I’d do be playing a sequel right now. Wait, too bad I don’t own Killer is Dead. But I can’t start playing that now though; I can’t have spider legs ripping out of a bitch’s back and start crawling along walls in a doll house. That’s too much.

So what do I play? Everything else seems like it’s going to put me to sleep. Either that, or it feels like I’ve already done it before. Yep, I need something like Shantae.

Ah shit, it’s already 6PM. I gotta do something. I’ve done nothing! 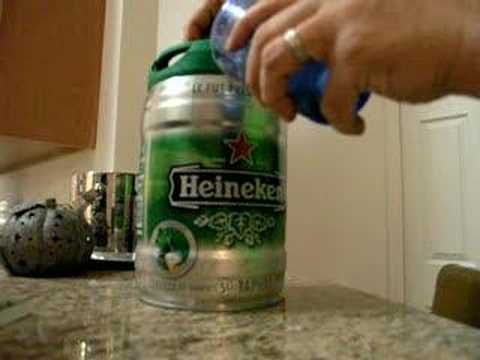 I need a beer. Once I get this drink going, I’ll be able to finally immerse myself in one of these games.

The beer will help me know myself, cut the shit and allow me to follow my fucking heart.

Ah there we go, here’s a game that gets no love. I could be looking at a potentially underrated classic right here, 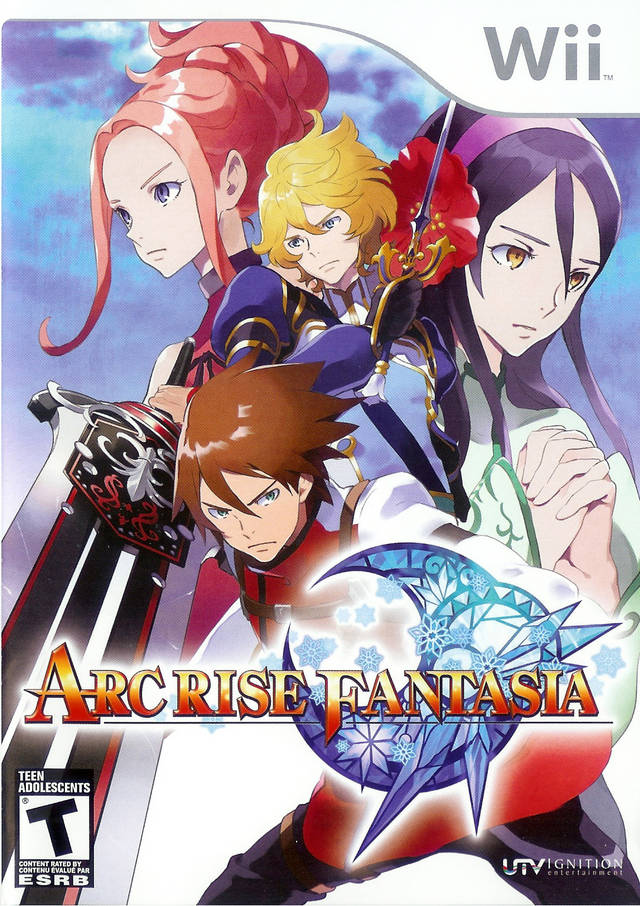 I was a big fan of Sands of Destruction on the Nintendo DS. And that game was disrespected. Something in my gut tells me that Arc Rise Fantasia is going to be a similar story. It’s the same devs and I see talent there.

So this is the game I’ve settled on, what a fucking weird Japanese shit show of VO. Hmm, everything seems like a hard Japanese cliché. I don’t know, there’s something in my gut that tells me that I could be looking at a gem, past the surface. There’s something Skies of Arcadia-esque happening here.

I am still not waking up though. Feels like I’m tolerating a lot of shit right now. Well, that’s what this beer is for. The music is fantastic at least 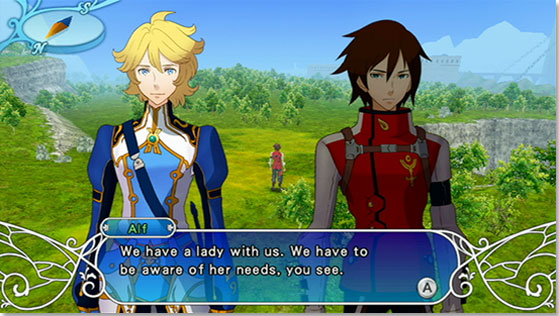 Fuck, what an anime piece of shit. What am I playing? 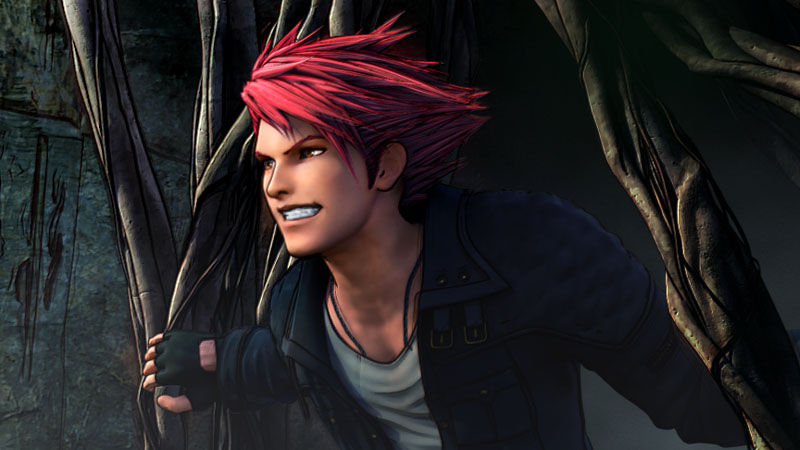 Why aren’t there anymore Lufia games? Or a proper Tales of Symphonia prequel?

What fucking time is? Oh wow, 11PM? How the hell did that happen? It was just 6 like two seconds ago.

I better save, maybe I’ll pick this up tomorrow. 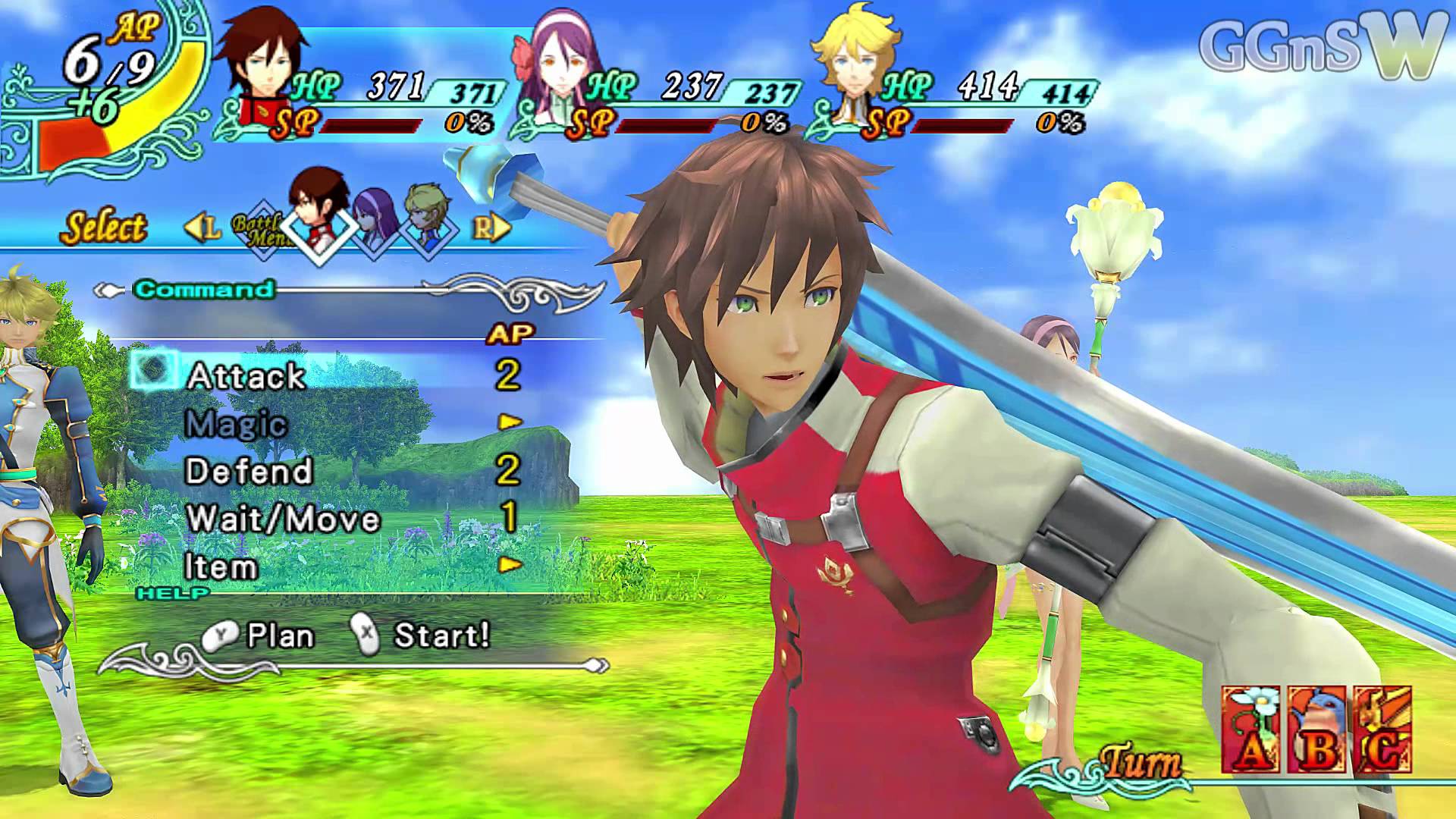 Shit, I wasted my whole day and I barely made any progress in that Arc Rise game.

Great, now it’s getting late. I’m running out of time, before you know it, it’s going to be Sunday and would have wasted my whole day doing nothing! I can’t even start up the washing machine now to do my clothes. I’ll do that tomorrow.

What have I done? Why was I so indecisive? Now, I’m tired and I didn’t even start something. Maybe I’ll play more Arc Rise? Nah, I feel that if I start doing that, I’m going to pass out. I’m already four pints in, I need something engaging. 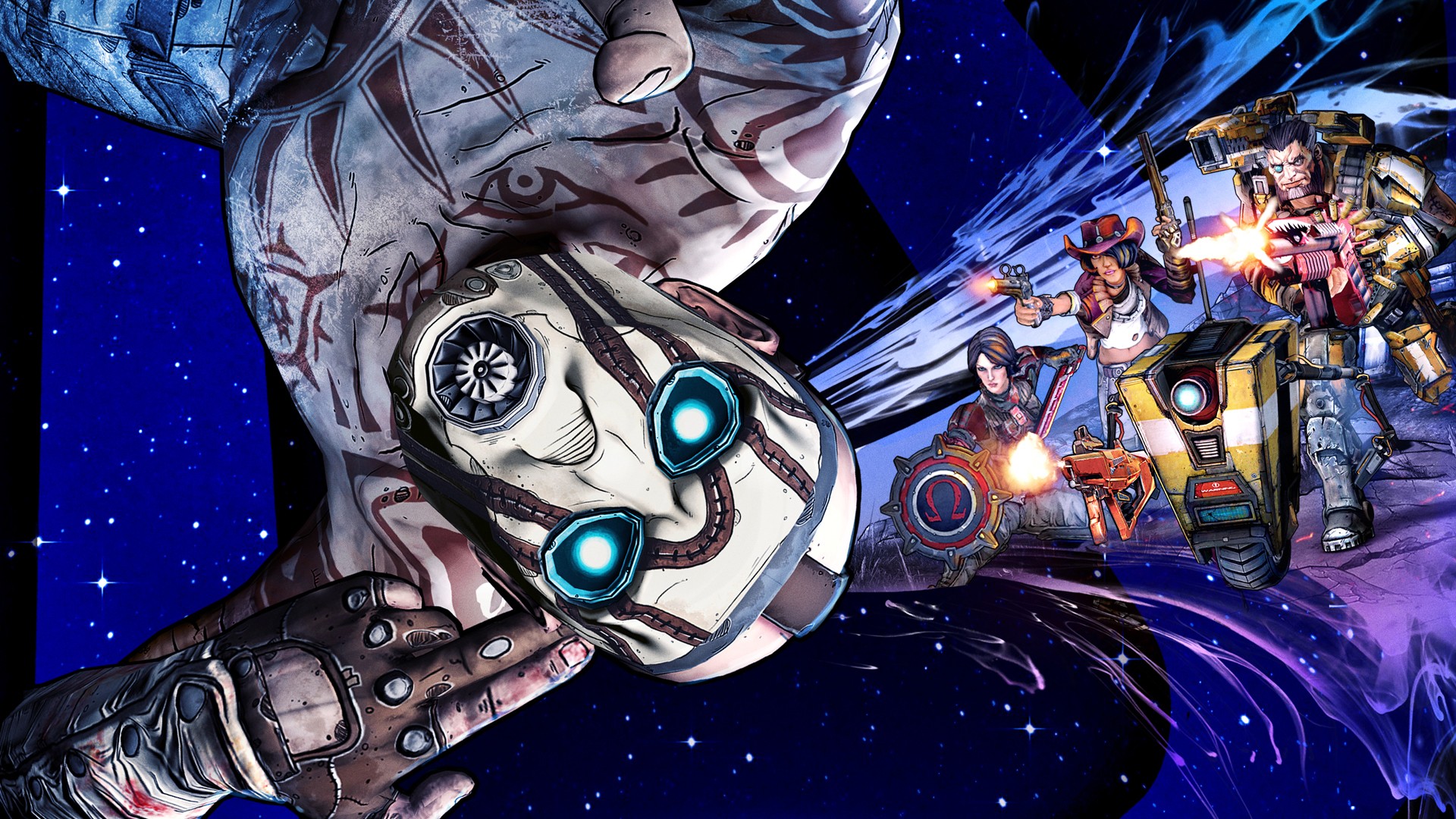 Maybe I’ll finally complete Borderland Presquel? Nah, too much fucking walking around and side questing. Nothing like that right now. I need something quick, I’m about to go to bed and it’s crunch time. Why do I keep firing up all these games?

I need something level based. Like Mario or something. Wait, I have that indie on my laptop, “Odallus: The Dark Call”. Shit, it’s already 12AM, I gotta grab this Xbox controller and attach it, fast. 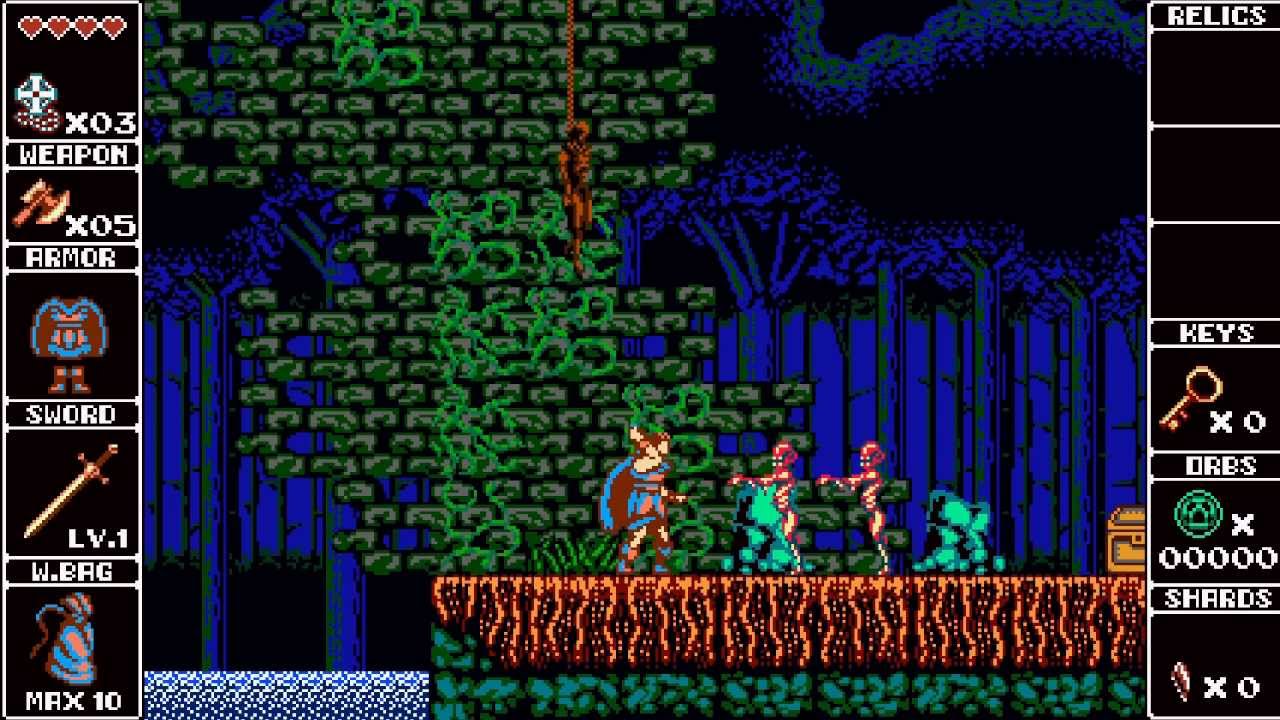 See, this is good, this may be the game that I wanted to play all along. But something feels cheap about it I find. It’s clearly a Castlevania inspired game but I don’t think it’s all there for some reason. And the lack of weight to the jumps are making me feel unengaged. I need more polish in this concept. I’m starting to fall asleep on the couch.

Oh well, I guess nothing was played in the end. I thought I almost had it with Odallus. It seemed like just like just the game I was looking for this whole time. I’m just not buying those visuals or the music either. I’m getting tired now. I think I’m going to have head for bed.

Tomorrow is another day and hopefully it will be one that I can finally make some progress in that backlog. I simply didn’t know what game I was in the mood for in the end. It’s really a question of knowing yourself and knowing what game fits best for that particular moment. I needed something that was action, deep, energetic and beautiful. Checked my whole gaming collection and came across nothing. What a fucking waste of a day. It’s too late now and even if I do discover what game I suppose to play, it’s 1AM now and there’s simply not enough time to appreciate it. Ah well, good night. 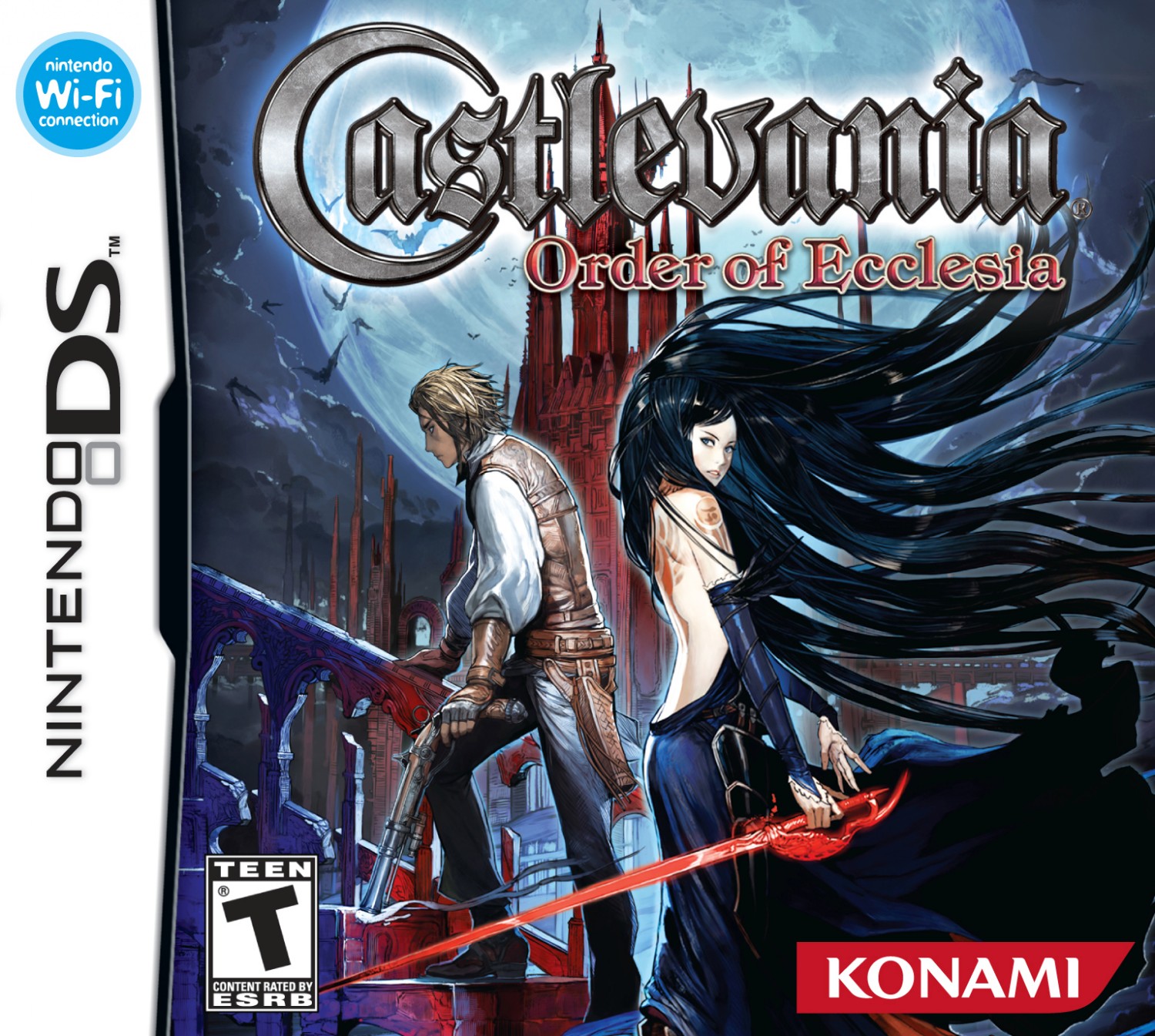