“We hope as more people get to see VR, the experience will become more normal. People will then come into the VR experience and just see another game instead of a toy.” – Cindy Miller, Lead Designer at Culture Shock Games. 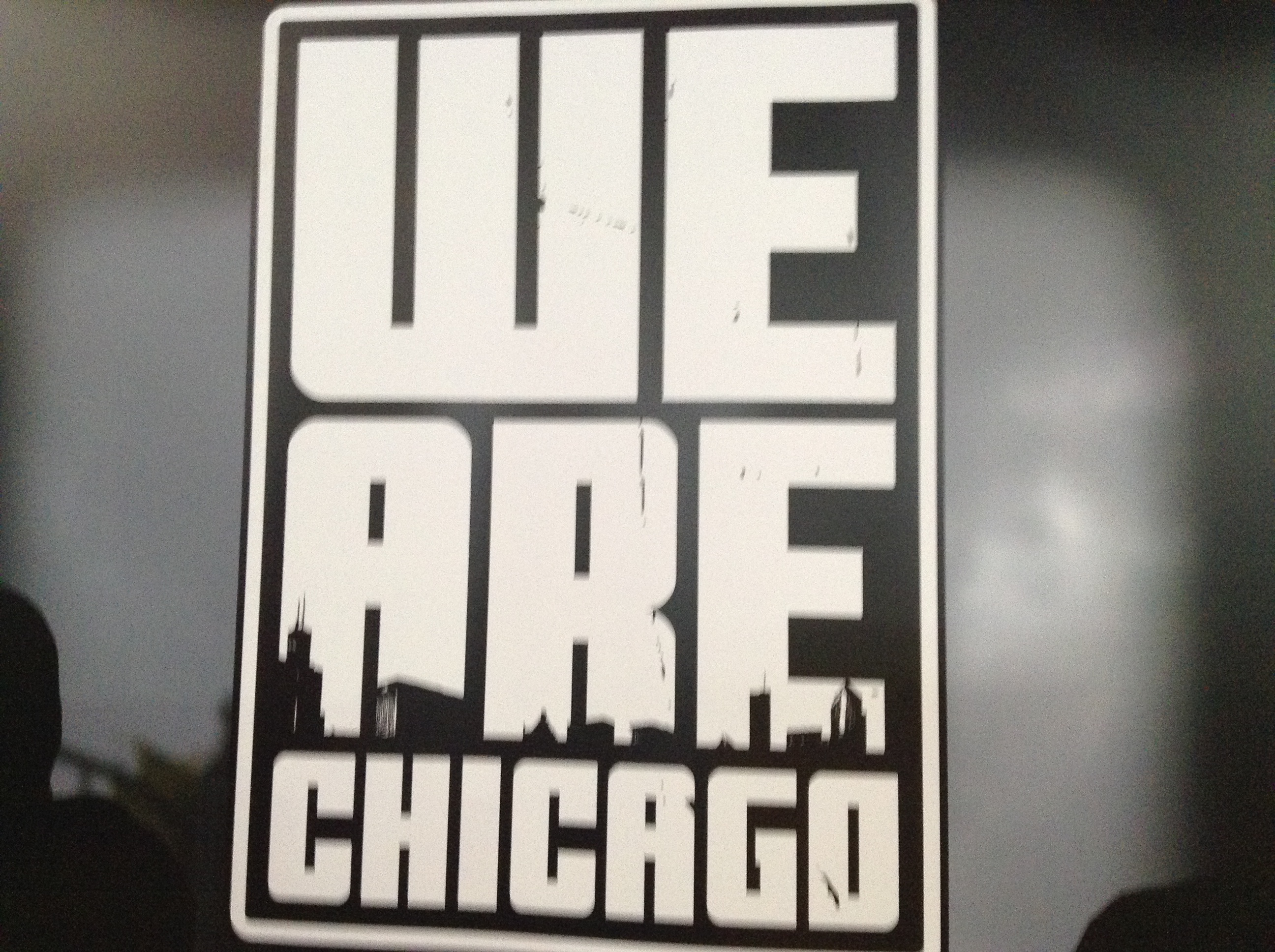 I spent my past weekend at PAX East looking at a bunch of “new” games. While I wasn’t entirely impressed with most of the showcase, I did manage to find a few interesting things. One of the more intriguing displays was for an indie game called We Are Chicago.

At first, my friend and I were simply lining up to try VR. We were glancing at the monitor and joking about almost everything in the game world. This older guy and his son were joining in with us as we kept pointing out some of the inconsistencies of the VR experience.

The demo consisted of a scripted conversation about inner-city life and a scene where the player is supposed to set the table. I wanted to get into the demo and start flinging plates around. I wondered how awesome it would be to teleport into a fridge or smack someone in the face. I was hell bent on breaking the game world.

Weird little glitches like disappearing doors and unshapely character models were just adding fuel to the fire. It was like some low budget B-movie with a more interactive twist. Who cares what the people are saying? The real joy is in tearing it apart. 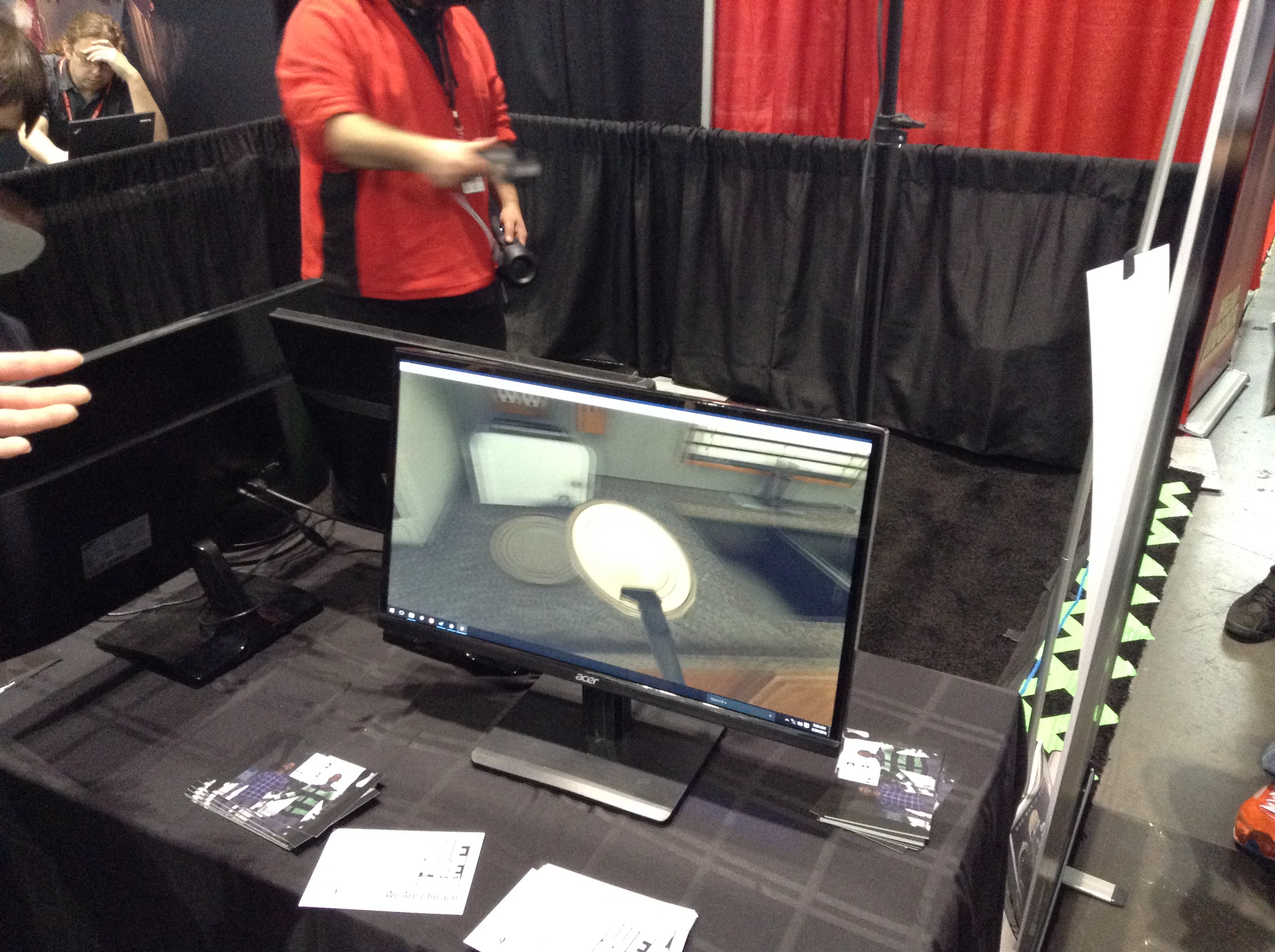 Just look at that!! How could you resist throwing it?!

As we kept waiting, though, I realized something about my behavior; I was being a real jackass. I won’t claim that every game should be treated as a masterpiece (or even with respect), but it’s hard to fault a small team for trying to break new ground.

The non VR experience of We Are Chicago is substantially better. It still has a way to go before being released, but its ability to convey a story through a slightly interactive medium looks to be taking an already tired genre in some new directions.

“We want people to empathize with how things are,” is what Cindy Miller told me. “We like the fact that we are touching on these topics and we are going to be giving some proceeds from the game to help non-profit organizations.”

That really hit me in the gut. Here I was, joking about how goofy the VR demo looked. When my friend asked the lead programmer, Michael Block, about the intended plotline for the game, I jokingly said, “It’s about a teleporting man who is tasked with setting the dinner table and refuses to.”

I suppose that is the downside to an expo dedicated to “new” things. People want to experience VR, but the show floor is so crowded that dedicating yourself to any one thing is a monumental task. When some indie developer has a quick, accessible demonstration out, you mainly want to fuck around with it to experience the technology. 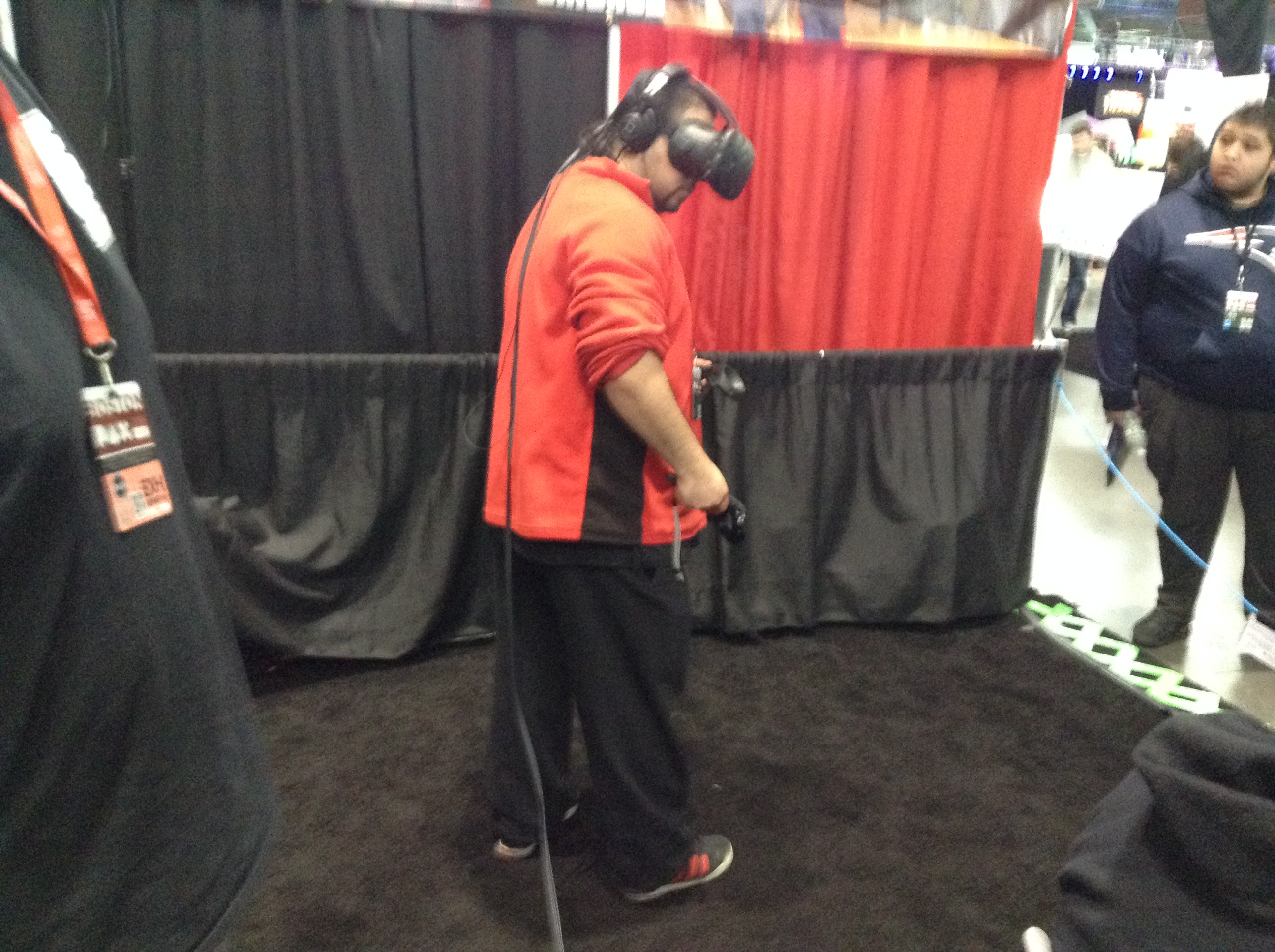 Which way did he go, George?

“We like the fact that a lot of people come for the VR and stay for the game. We’re happy that people get to experience it,” Cindy said to me with a bright smile. It doesn’t matter if people think her game is bogus; she is mostly happy to present the idea to the masses.

Thankfully, I’m not the kind of person to shut my mind off. I tinkered with the VR experience on the first day of PAX, but I returned to that booth every other day. The second day was to take another friend over and the third day was to grab some photos and quotes. I wanted to challenge myself with bringing out the better side of this game.

I don’t know if I should explain its plot details or any of the controls. At its best, the game feels like a Telltale adventure game before they began sucking up every contract possible. We Are Chicago is taking the idea of an interactive narrative to its logical conclusion.

We’ve seen games built on making us empathize with protagonists or thrusting us into difficult scenarios, but none of them have truly dealt with real life problems. The abundance of World War II shooters may have all been based on true stories, but none of those felt real.

Most gamers also don’t have to live in a shitty slum. A lot of us have a comfortable life. The worst problem we will ever face is pissing our boss off. None of us know the emotional toll that constantly living in fear brings. None of us need to worry about stray bullets flying through our walls and killing our families.

Cindy and Michael both told me, “Everything that happens in the game is based on real events.” Cindy then added, “Our writer came from Englewood and is bringing his personal experience into the game.” Well, damn. Safe, secure, blissfully happy me gets to go home to white suburbia while these developers have grown up in a crappy reality.

Did the rest of the attendees connect with this game on the same level? I honestly don’t think so. People were so happy to get into a VR headset that the conversations might as well of not happened. You could have put stickmen in place of the character models and no one would bat an eye. 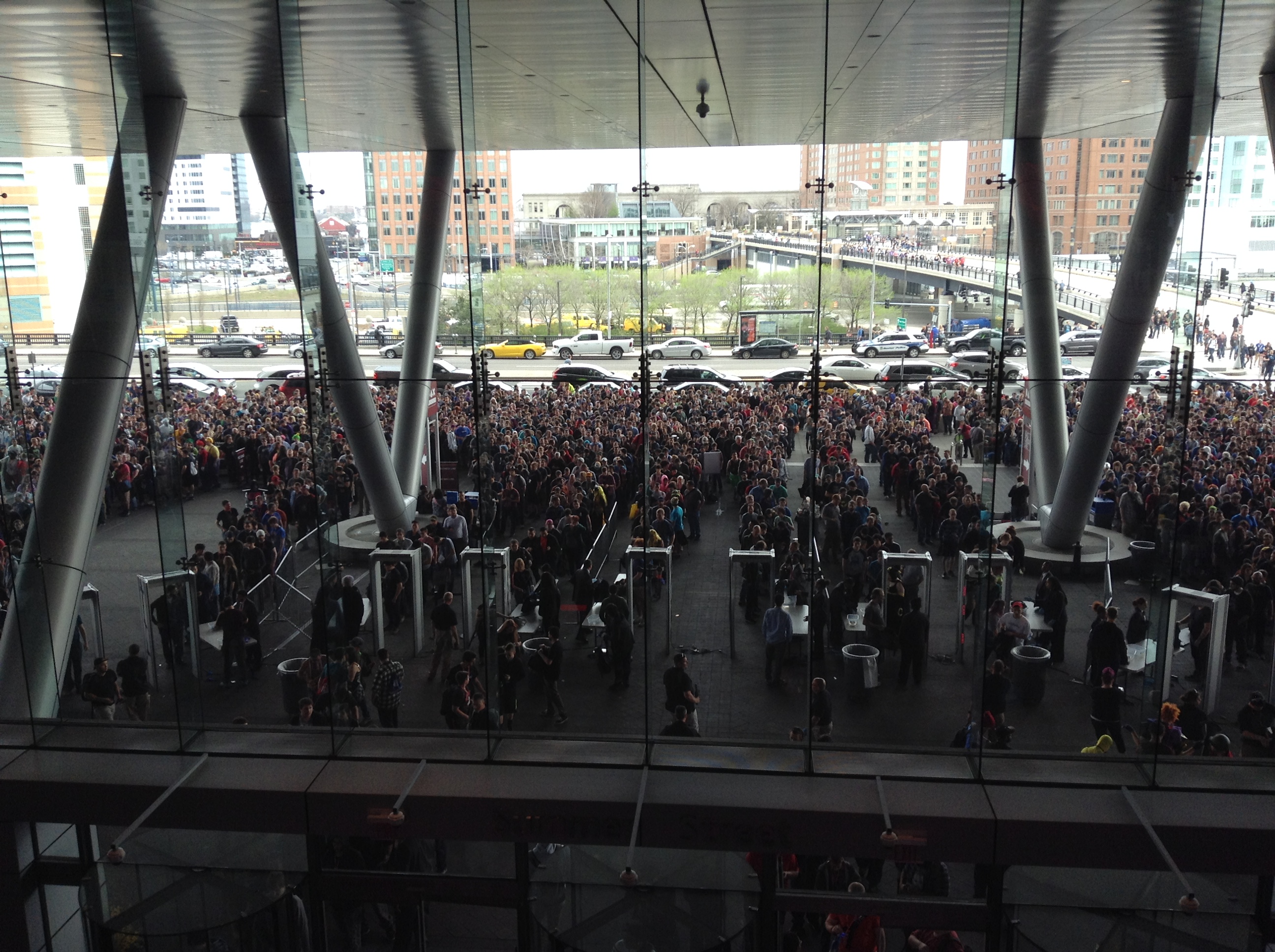 Half of these people probably never even saw the game. I know Jed didn't!

I didn’t want to leave the expo and have this game become a distant memory. I didn’t want others to see the low budget and think this game was a joke. VR may be the future, but if it robs a game like this of its narrative punch, then it doesn’t deserve to survive on the market. VR should be opening people to new realities; it shouldn’t be relegated to a simple plaything.

Thankfully, We Are Chicago will be releasing as a standard game first. The VR experience was mostly made for PAX (and was finished in a week), but will become available at an unspecified time after the game is finally out.

I feel that is for the best. I’d rather the discussion start with how dramatic the game is rather than how ridiculous a flying plate looks in VR. 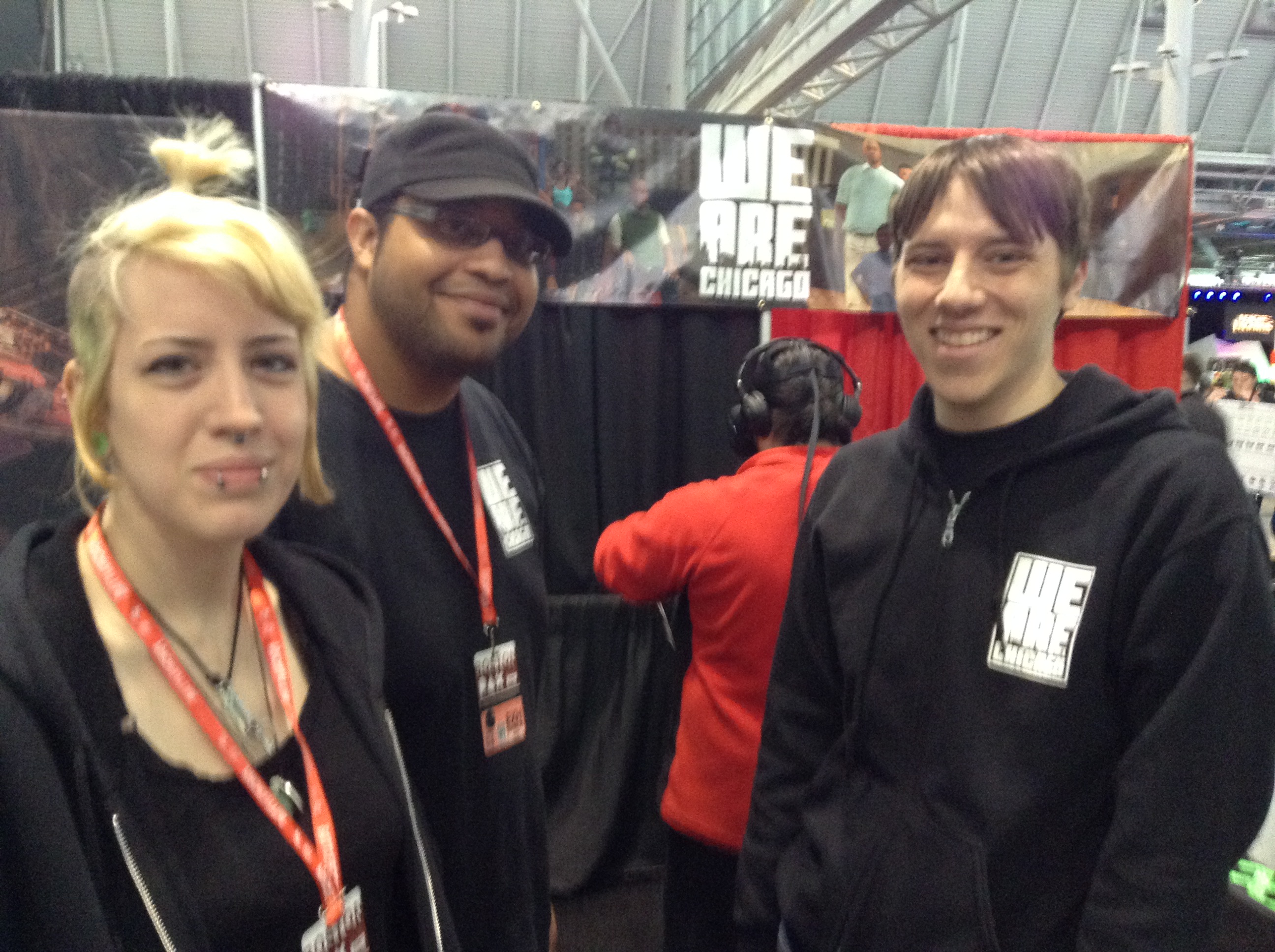