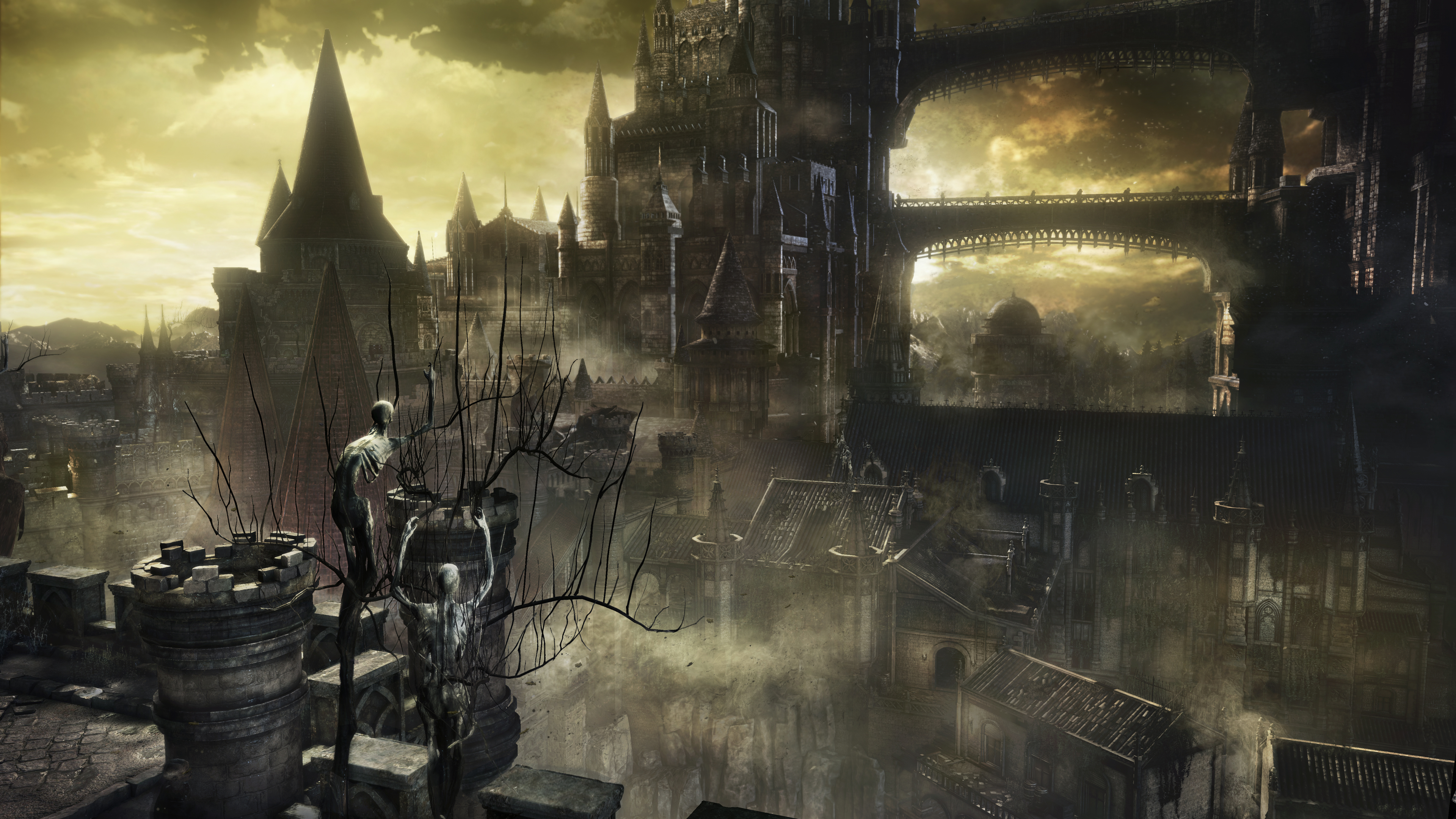 It's now a long and illustrious series, that of the famous Souls line of games from From (from-from!). Much and more has been said about this series and Dtoid's own Chris Carter has published a very fine and fulsome review. So as is my wont, I will now take a look at the game with a wider lens to see how the game shapes up among its predecessors and among its contemporaries. If you want a breakdown of how Dark Souls III plays and what gameplay changes have been introduced, check out Chris's review. While I will touch on some of these elements, it will be from the assumption that you're already familiar with these changes on some level. So yes, there may be some spoilers, depending on what you consider a spoiler.

My findings while playing through the game, and taking in a goodly heap of the criticisms and reviews from several sources, is that DS3 has managed to do something better than any game I can think of. It has managed to ride the central line between hardcore appeal and casual accessibility. For a game lauded so often for its difficulty (a quality that is exclusionary by nature) it has managed to accrue a massive following that extends far beyond the usual boundaries of people ordinarily interested in punishing difficulty. The Souls series has found itself in the enviable position of holding the respect of a wide array of players and DS3 has managed to maintain that position through a careful examination of its own fandom. 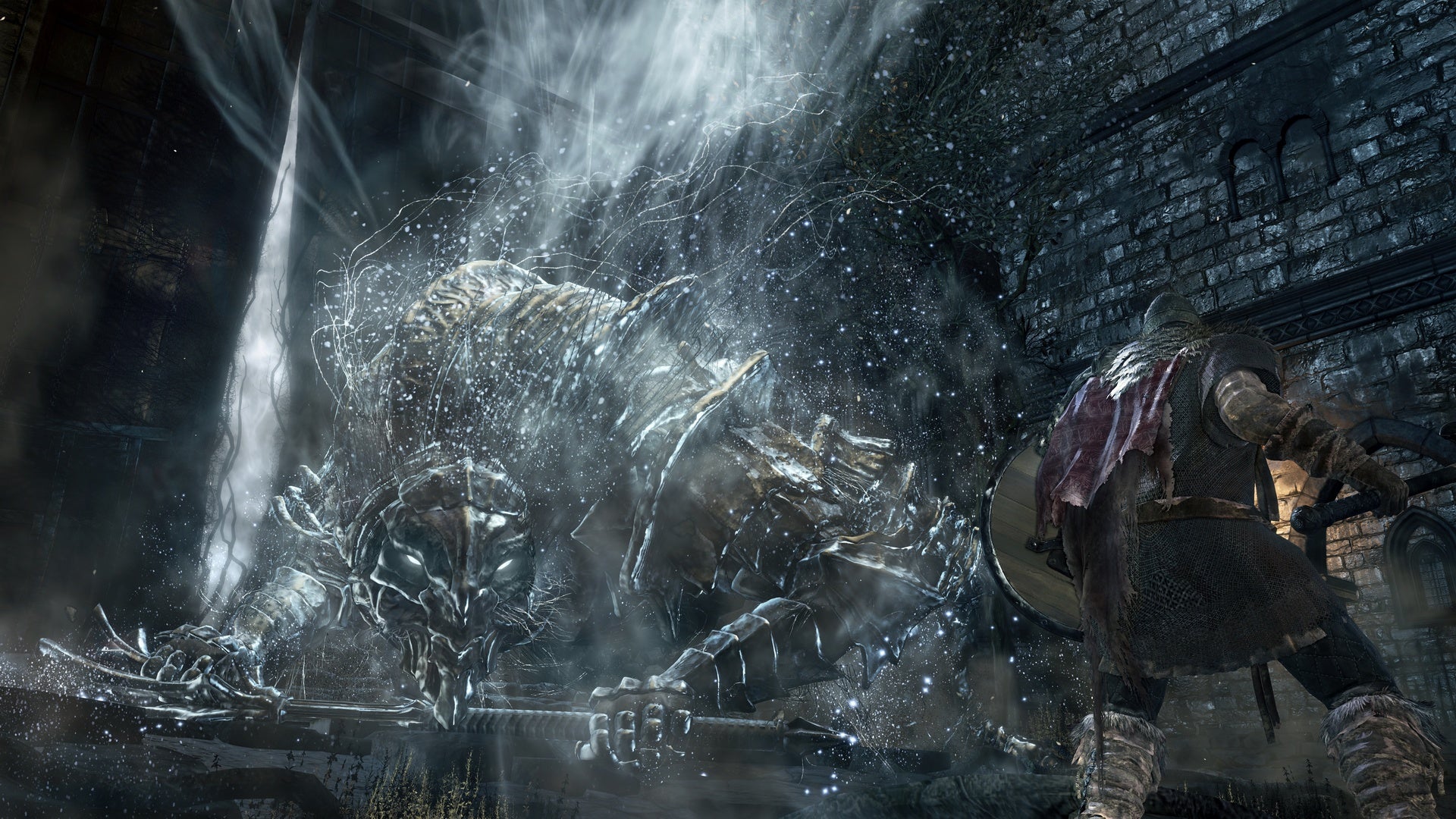 The result of that hard work, beyond producing a game that is technically beautiful and plays well, is a game actually worthy of the phrase "broad appeal" as its playerbase is not simply deep, it is diverse. The game is at once an appeal to veterans of the series who know the visual differences of a mimic chest and can spot a Solaire reference a mile away, as well as operating on a more open level with its gameplay mechanics for new players. The story is still suffused amid the many incomplete and untrustworthy narrative arcs, with deeper meaning waiting to be teased out of minutia as simple as wall textures or item placements. But the methods for progressing to those pieces of obscura are made easier and clearer than ever. Instead of hiding how to enter the maze, DS3 very plainly shows the way in to the wending hedges.

Remarkably I found the practice to satisfy on both levels, rather than leave me wanting. When a game tries to be something for everyone, when it tries to broaden its appeal, it usually ends up pleasing no one. DS3 seems to have rather smartly framed itself as a self-referential entry in the otherwise disparate series which allows for the various callbacks and cameos found throughout the adventure to make sense. But it stops just short of wallowing in these references by adding enough clarification and convenience to things like the covenant systems, upgrade materials, NPC questlines, fast travel system, online PvP and co-op systems -- these systems are not just regurgitated. When looking back at the initial entry of Demon's Souls, nearly everything was obscured by some lack of information or another -- stats were never explained outside of the physical manual, the World Tendency system was effectively a wiki-only feature. The increasingly broadened appeal that this series has earned hasn't gone unremarked, however, by long-time fans. The general challenge in combat is a bit less taxing overall with many more enemies and bosses that can be staggered, for example. But this comes at the benefit of offering a more evenly spread difficulty across multiple character builds. In most Souls games (and exclusively in Bloodborne) the least taxing way to get through the game was with a straight-forward melee build that relied on staggering enemies with very strong or very fast weaponry (Strength or Dexterity builds, respectively). Ever since Demon's Souls (which featured some very potent Spell combinations), ranged and magic builds were effectively a hard mode for the game that demanded far more from the player. Now, while the different builds still require different skillsets, one method is no longer particularly effective throughout the campaign with moments featuring difficult encounters for close quarters melee builds and difficult encounters for ranged fighters, as well as further allowances for both dodge- and shield-oriented defensive styles.

Also apparent in the game's balancing is a lessened need to grind out souls for experience or materials. Even if you lose a large chunk of souls in a botched attempt to go and recover them, soldiering on is often the best course of action instead of trying to recoup the lost progress. Items are sold centrally through Fire Link Shrine, fast traveling is unlocked from the start, new items for purchase are unlocked at an even clip to coincide with player progress, and upgrade materials are handed out liberally in the gameworld -- all of which reduces the need to grind or otherwise play through segments of the game more than necessary. It cuts back on some of the Metroid-like backtracking favored by older fans of the series, but I'd say it at least operates well within DS3's world design. Backtracking to the degree of the original Dark Souls, where the world was much more tightly layered on itself, would make little sense in DS3's long branching pathways. The world of DS3 is still intercut and woven together in intriguing ways, consistently offering vistas of past and future areas of exploration, and a wide variety of weaponry and magic is at players' disposal for them to find the armaments they like best. 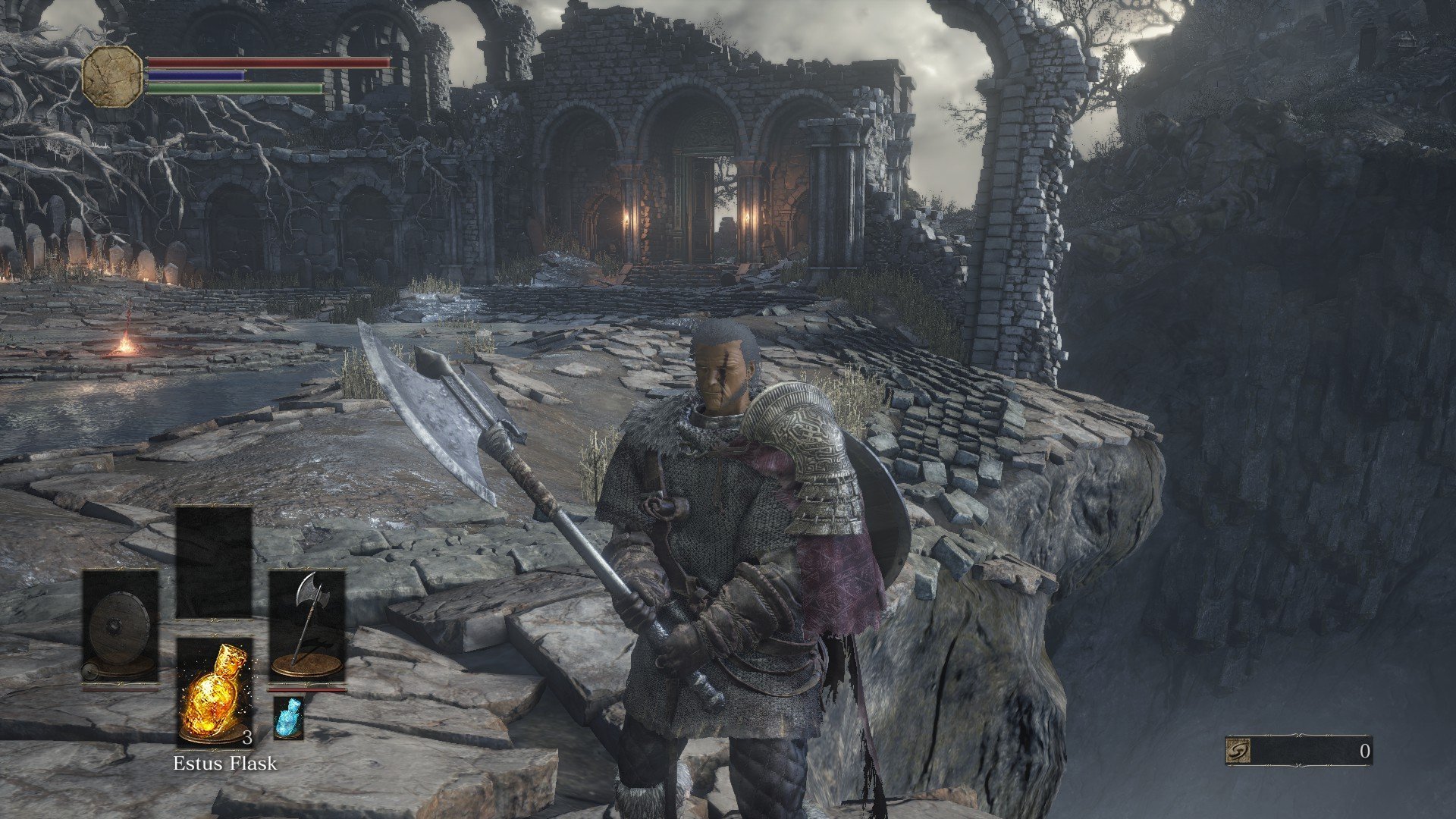 On top of all of this, DS3 operates as a suitable sendoff for the series in keeping with the director's comments about wishing for this to be the final entry. Whether or not Bandai Namco allows that to remain true, DS3 pulls together characters and locations and themes from all four other games in a setting that makes their coexistence make sense. So as well as balancing the difficulty with an increase in convenience, DS3 has done an admiral job balancing old plot elements with the new. It still suffers from attempting to please all of its fans, but not nearly as much one might think it ought to. While I'd prefer an anthological approach that only borrows thematically from past entries (e.g. The Legend of Zelda), I must admit that seeing some built-upon lore become subverted or further explored was quite satisfying. The lore might be the most impenetrable aspect of DS3 for newer fans, but it's the least critical for making new fans. I fell in love with Demon's Souls's gameplay first, then I became a fan of Miyazaki's penchant for opaque storytelling. It's never been easier to take that same journey than it is now with DS3.

And that's a seemingly negative thing to say about this game -- that it can in any way be easy. I would disagree that ease necessarily detracts from the meaning of this game or that raw difficulty was always the intent. The advertisers at Bandai Namco would have you believe the opposite. But I think DS3 stands as an example that the most difficult thing about this game was From balancing the scales between old and new fans more masterfully than any other game. Beyond any accomplishment it achieved within the game itself, I feel the balance in its design is its strongest point that other developers of popular IP should pay close attention to as it should be the legacy of Dark Souls III and the collective Souls series.