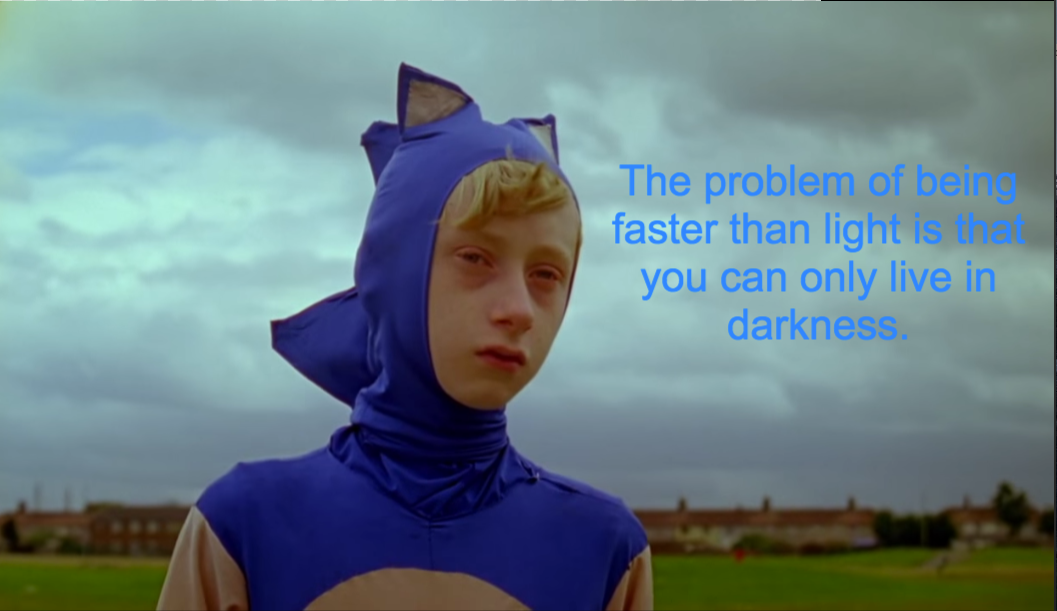 Why. Why haven’t we shot this rodent point blank?

If there’s something that disagrees with me even more than Kingdom Hearts, it’s this fucking animal, Sonic the Hedgehog. How Sega’s still able to see the type of numbers, the type of profit that comes from this rat is beyond comprehension.

A long time ago when I was like 5 years old, my father had rented both the Sega Genesis that came with Sonic 2 and he also rented Mario 3 that came with the original NES. (I don’t understand what was so complicated about the Sega Genesis, but I distinctly remember my father trying to hook up that system a lot longer than he should have.) It was late at night and I was really looking forward to playing Sonic the Hedgehog for the first time. As a five year old, I never really looked at Sonic like he was edgy, if anything, I think it was his friendly look in the same vain as Mickey Mouse that attracted me to him. 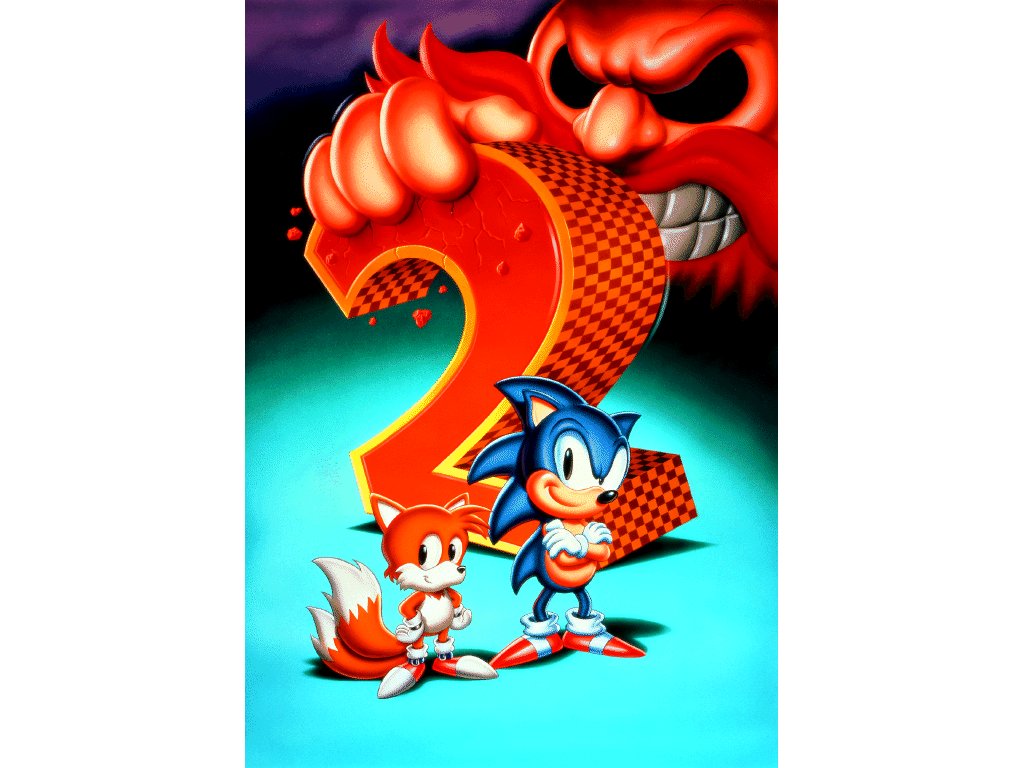 Eventually my father hooked up the Genesis and I fired up Sonic the Hedgehog 2, considered one of the classics today, and I finally got to play the system. I think I didn’t get much further than the Chemical Plant Zone but I swear to God,  I felt a certain disconnect with Sonic games and certain aspects of gaming, even at the age of five. It's something that I can better explain today. Something that just didn’t feel right.

Something in my 5 year old mind, when given the option between 16-Bit Sonic and 8-Bit Mario, I chose Super Mario Bros 3. So when my father asked me which system I wanted, the Sega or the Nintendo, I chose Nintendo. To my five year old self, it just felt better. Regardless of how colorful the other one was, I remember the certain disconnect with Sonic. And that disconnect, little to my knowledge in 1992, would be the thing that unravels Sonic forever. 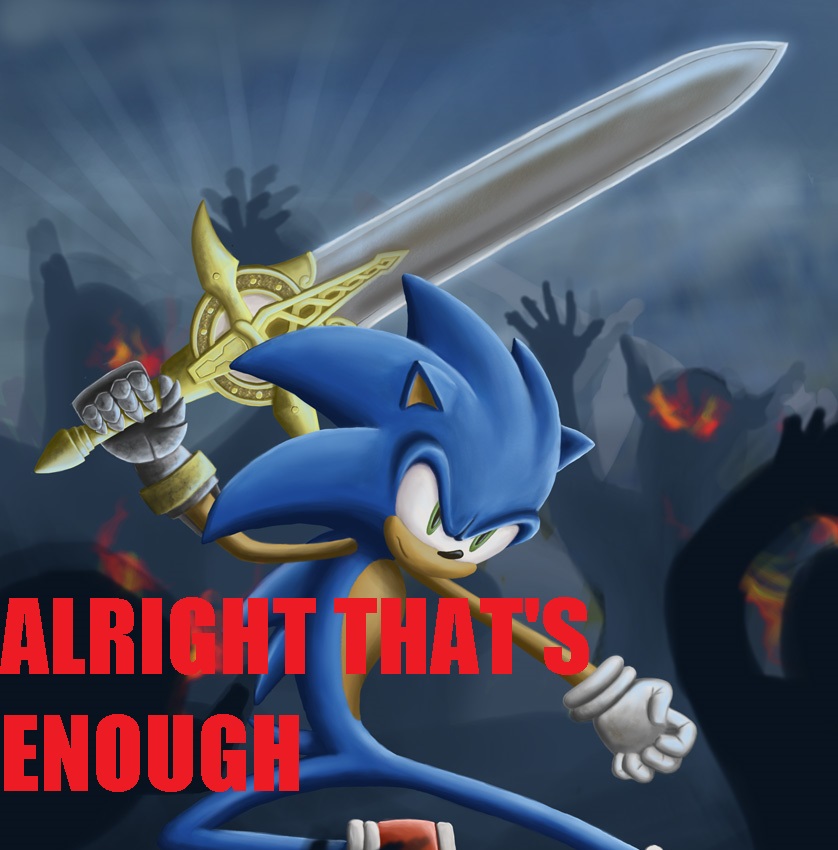 And what’s bad is, this guy isn’t just any video game character to fall from grace, Sonic the hedgehog is an embodiment of the whole Sega legacy of gaming history. Can this really be the guy that took on Super Mario? It’s starting to seem like just a legend at this point, like a myth. Soon enough our kids are just going to see Sonic as that fast guy from Super Smash Bros if this keeps up.

Because Sonic is straight up garbage. The fact of the matter is that Sonic, as a franchise, doesn’t just translate badly in 3D, I would make the case that Sonic wasn’t built on a very strong foundation to begin with.

That’s right, despite the original Sonic trilogy being considered among the greats, I think when you take a close look at the games, even in your 2D form, you’re looking at something that’s been doomed to fail from the start.

Now remember, I understand that we’re dealing with great games here on the Genesis,( Sonic, Sonic 2, Sonic 3 and Sonic and Knuckles,) but consider this; How exactly can you possibly have things like good level design or, (even in some cases) good controls, when you can’t even keep track of all the action on screen? Here’s another question, how can you possibly call Sonic fast, if it we're forced to slow down to engage in the obstacles present in the level design? Are you following me? Seems to me that Sonic as a character has been given an impossible task when you think about it. 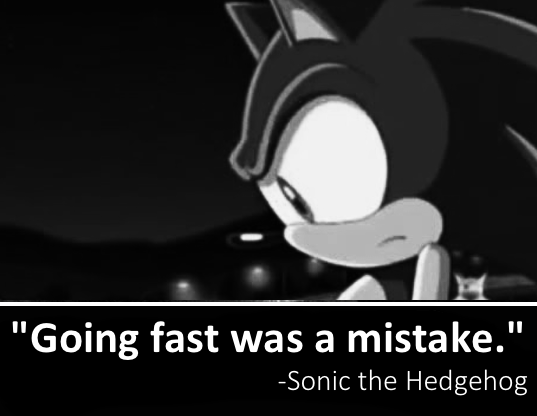 And when you think about it, that’s basically what we’ve been playing the last two decades. It’s basically been an internal struggle for Sega to balance this contradiction of a game design. For many of the more successful Sonic games, they’ve pretty much gone in the pattern of having a segment that plays it self; with Sonic in racing around a level for a brief moment, reminding you ‘that he’s really fast’ and switching it up to a part where you basically come to a complete stop and fight a few robots and speed off to the next fight.

Because they’ve just got no choice. There’s a fundamental flaw with Sonic as a game design concept and believe it or not, it was there with the early Genesis games too but it was harder to notice it in 2D with better controls. It also helped that the game was 2D, and oncoming obstacles didn’t require any depth perception in high speeds (like in 3D sonic.)

The worst, to me, is when they unveiled Sonic 4 Episode 1. I’ve got more to say on that but I’ll just said this, what a mess. I don’t know who makes those Sonic games on the GBA and Nintendo DS but we need their ass in here QUICK. They’re not the best games in the world but fuck are they better than that garbage or what? Sonic 4 was criminal to me because it manage to take the little sonic had, nostalgia, and ruin that too! The game just looked tacky and even a little slow. It was so brutal.

Then oh my God, what the fuck were we playing with Sonic Boom? They even managed to fuck up Sonic CD a little bit with that one. Unreal. 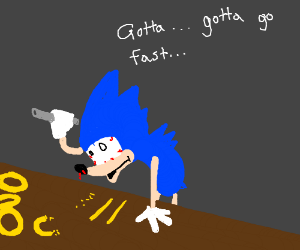 Sonic looks like he’s going through some of the worst depression I’ve ever seen. He’s really starting to come off as that character that lost it all, trying a bunch of new things to find himself. I feel like one day, I’m going to walk into my local bar and see Sonic sitting there quietly, with his scarf and bandages laying on the bar counter, a double Jameson in one hand and lighting a cigarette in the other, “It ain’t what it used to be kid.”

The bartender will then say, “ol’ Sonic, he’s been like this for years.”

“Dude, why don’t you just stop?” I’ll tell Sonic. “Look your games were great but now you have one coming out every year and they’re broken.”

“Like me.” Sonic said poetically, looking directly at the liquor display.

With that, Sonic would get off his seat and go the bathroom for a bit. Before he’d walk in I’d say, “Sonic, at least you’re in Super Smash Bros and Sonic & Mario at the Olympic Games. That’s something. It could be worse, look what happened to Conker.” He’ll ignore me and continue on his way.

Much later, needing to take a piss, I imagine discovering his body hanging from a light fixture in the bar bathroom. And you know what I’d do? I’d just take a step back, shut the door, pay my tab and walk out of the bar without a sound as the police cars and camera crew would drive to the scene behind me. 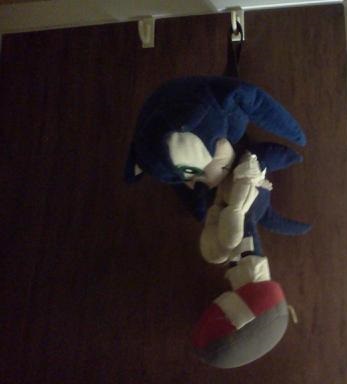 We have got to let Sonic die, people. Unfortunately he was a concept that doomed from the start, a tortured soul deep down (okay I’ll stop). As much as I hold some of the games dear from his past, if we allow Sonic to continue down this road he’s heading, soon enough his whole legacy will just be a mess of bad games and disappointments after another, we gotta let him die. We gotta stop buying his shit. There’s no hope for him. We gotta let him die.

In loving memory of Bubsy, Conker, Gex, and Crash Bandicoot.