The Pokkén Pokémon and the Pokémon Pokkén Didn't Pick

As I talked about before, Pokkén is the first fighting game in a very long time that I'm genuinely enjoying. Part of that comes from the gameplay: the interesting mechanics of Phase Shifts, the simple combos and the variety of movesets. But the biggest part comes from the characters; the Pokémon that Pokkén picked.

I'm very happy with the Pokémon that made the cut. There's representation from every Generation of the main series, a good focus on starters, a couple of legendaries and a few popular choices to round out the group. The only two wild-cards are Pikachu Libre and Shadow Mewtwo, but their unique movesets make up for a lot. As a whole, I don't think there's an undeserving fighter on this roster. What's more, every fighter feels different and you can tell at a glance what each Pokémon's speciality is.

That said, this is Pokémon. And with 721 of the little buggers to choose from, there are always going to be some excellent contenders who are left out. This blog is here to call attention to this terrible injustice.

If Pokkén is to become a franchise, I call upon Namco to right this wrong, and include the following Pokémon in all their glorious glory of gloriousness.

These are the Pokémon that Pokkén didn't pick:

I am the Water Starter 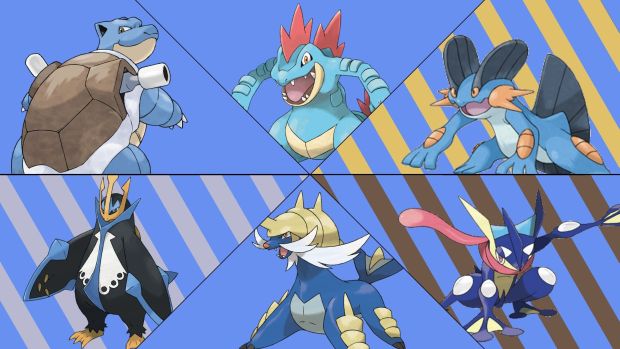 If you go through Pokkén's roster, you might notice that the balance is a little off. Water is the largest Pokémon type (almost 1 in 6 Pokémon is a Water type), yet there's only one in Pokkén, and it's one that's easy to mistake for an Ice type. Meanwhile, there's four Fire types in this game, including 3 based on the starters. At least Grass still got one of those.

We need some Water starters up in this business. Greninja has already shown his skills in Smash, but I also want to point out that Samurott can stand on its hind legs and use the swords he always carries, and Empoleon is a giant war-penguin.

We could've had a giant war-penguin in Pokkén. Think about that for a minute.

Chan and Lee, sitting in a tree 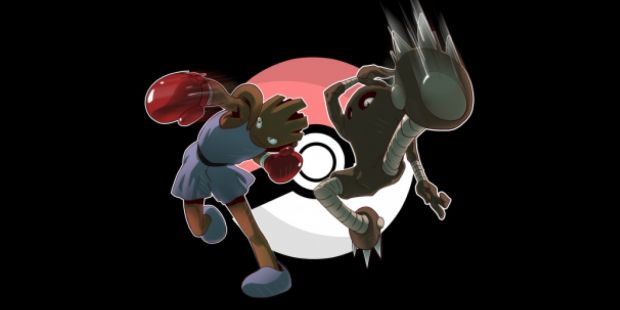 When I think Fighting Pokémon, I think these guys. From the first game onwards, if you needed something punched you asked Hitmonchan and if you needed to be a stupidly awesome badass motherfucker you got Hitmonlee.

But while we're on the subject, there are many other deserving martial artists in the Pokémon world. Think Mienshao, for example, who is as close to a Kung Fu fighter the series has ever gotten, and you've also got Throh and Sawk (although nobody cares). Even Lopunny got in on the action when she got a Mega Evolution, ditching the cheerleader gig for a sound asskicking.

But there is one Fighting type that deserves special mention: 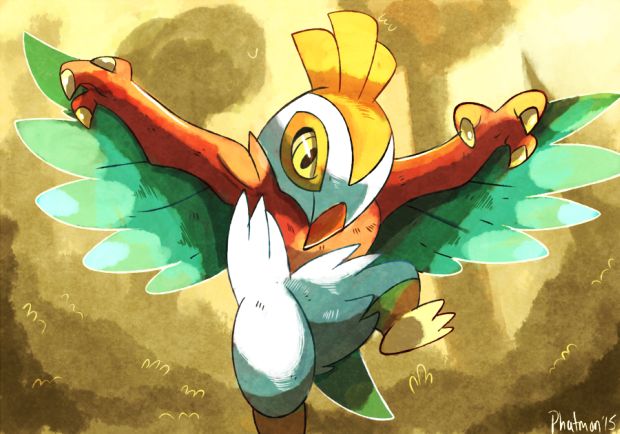 I said that I was down with Pokkén's roster, and I stand by that. But this is just inexcusable.

Hawlucha was literally made for this. He's straight-up a wrestler, the Wrestling Pokémon himself, nowhere more at home than in the ring. So what did they do? They ditched him for a Pikachu. They even gave that Pikachu Hawlucha's signature move, which is so specific to Hawlucha that it even does both Flying and Fighting damage. 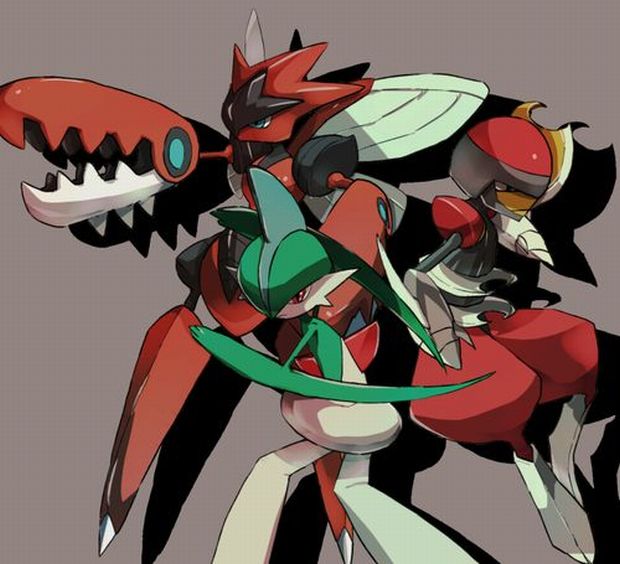 When I look at Pokkén's roster, you know what I miss? Hawlucha.

But you know what else? Swordusers.

A handful of fighters in this game go at it ranged, but most of the people here just prefer to bash someone's face in. Only Sceptile has some good old-fashioned cutting going on, but even that's fairly limited. So where's the style, the grace, the funny face?

For that, we're going to need some of the coolest Pokémon ever devised. We need the blademasters.

Scizor is an obvious pick that would make me extraordinarily happy, but we could also go a little more obscure. Kabutops, Bisharp, Gallade, and Armaldo all have sword arms, and both Archeops and Zoroark could make their claws work for them.

But what if...what if we included an actual sword?! 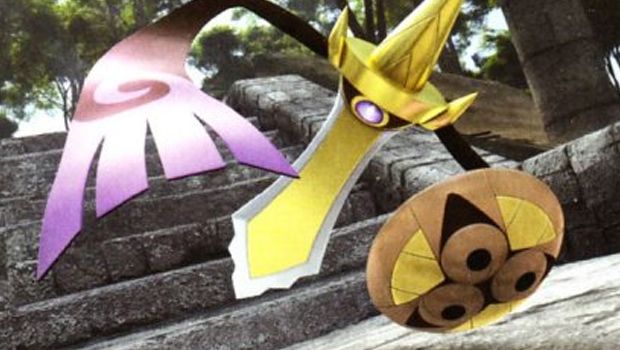 - It would kick fucking ass, that's what.

The above are all good Pokémon, and that's fine, but why don't we also go the other route? To balance the whole thing out, why don't we just include a shit Pokémon as well?

And not just any shit Pokémon, why don't we include the shittest Pokémon? 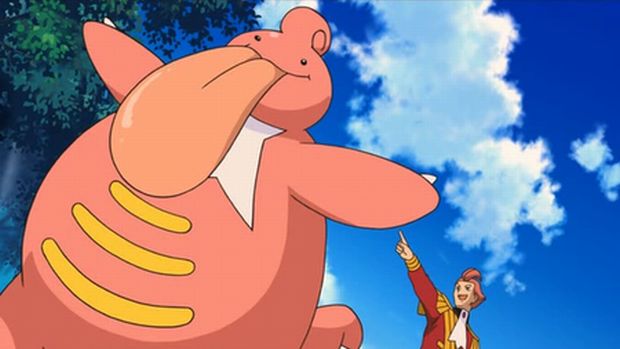 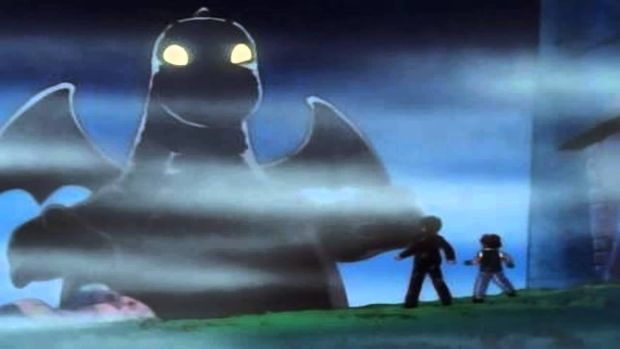 What's a fighting game without 'the big guy'? Every fighter needs its Astaroth, its Potemkin, its Sentinel, its Bowser or its Zangief. As for Pokkén, Machamp is probably the closest you get. Charizard and Garchomp also have some elements of the big guy, but overall none of these are as imposing as they could be.

That's why we need a new The Big Guy.

Snorlax might spring to mind, as might Slaking. Aggron could make a great defensive fighter, and lovable dragon Dragonite could be a fantastic not-so-gentle giant. Yet none of these hold a candle to the actual Big Guy of Pokémon, the Humongous Mecha-mon himself: 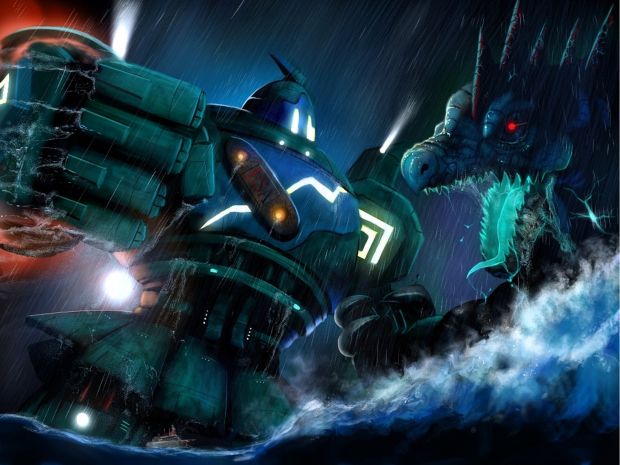 Now that we've had the important categories, let's honor some people who are amazing just on their own. Guys like:

The Smuggest of Smug

We have already concluded that a shit Pokémon has no place in Pokkén. But surely we can find room for the smuggest Pokémon: 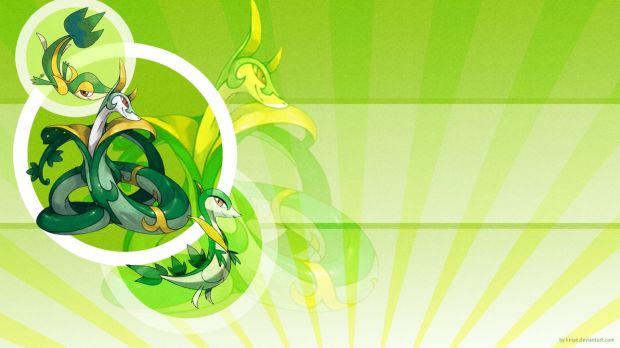 Smuglord Serperior would make a great addition to the roster. Not only because he'd bring some much-needed Grass appreciation, but also because he'd be the first Pokémon in the game without limbs of any kind. I'd love to see what a creative team could do with this guy.

Besides, his victory animation is bound to be amazing.

Ghost in the Machine 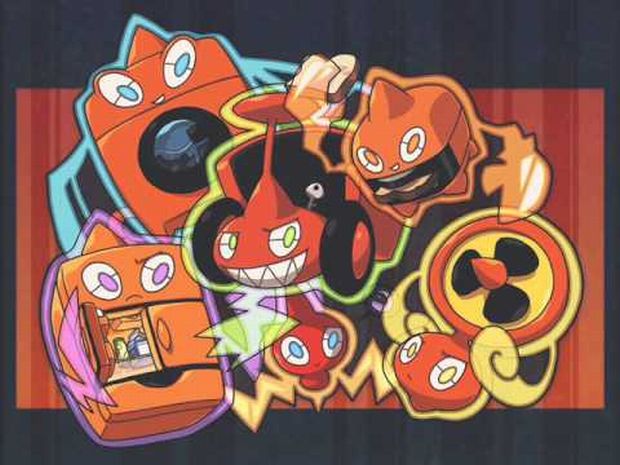 Now this guy would be a unique fighter to say the least.

Rotom could switch his forms for different attacks, or maybe they would function as different stances. What's more, Rotom could use all the skills of ordinary appliances in combination with his Pokémon moves for an incredibly fun and weird fighting style. I mean who needs Thunderbolt when you can just shoot a piece of toast at a guy? 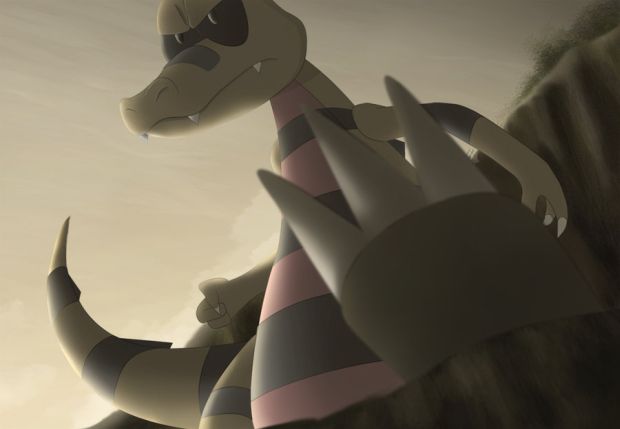 Krokorok is what you call a cool-ass Pokémon. Maybe not Scizor cool or giant war-penguin cool, but still pretty damn cool.

This guy would also be great to get some more representation of the middle children of the Pokémon universe. Because let's face it; all that happens when Krokorok evolves is that he gets fat. Currently we only have Braixen (and technically Pikachu) to represent the second stage evolutions, and while she does a good job, a little bit of crocodile never hurt anybody.

On top of that, he brings some Ground and Dark representation, which both have a grand total of 1 as it currently stands.

Vespiquen is an interesting Pokémon. She's difficult to obtain without some heavy dose of patience, and she has the most signature moves of any Pokémon to date. What's more, a lot of her attacks involve using her underlings to attack for her.

In Pokkén, she would be a great inclusion. Her special moves would all include the use of Combee, or perhaps just regular bees, to lay traps, smack the enemy around, sting a bit and swarm all over them. Vespiquen would be a tactical fighter who needs to make smart use of her underlings to stay alive. Bug is also one of the three types not represented yet, so that alone should make her a candidate.

I want to see my opponents do their very best Nicolas Cage impressions. And for that, I need Vespiquen. 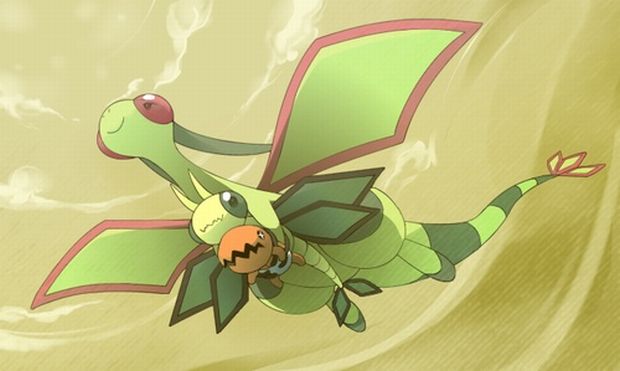 Not all Pokémon are born equal. Eevee, for example, is already the best Pokémon ever right when he comes out of his egg.

But Flygon, the #2 best Pokémon ever, comes from humble beginnings. Starting life as a little bug with a giant mouth, he passes his second stage to become this majestic dragonfly dragon-thing. Perhaps the biggest change since Magikarp decided it was time to stop sucking and become a Gyarados, Flygon is living proof that even if you're born ugly you can still make it in life.

Flygon shares his typing with Garchomp, but that doesn't need to be a hindrance. Ground/Dragon provides enough food for two movesets, and on top of that, Flygon can fly. No, really.

Flygon is the perfect mix of Garchomp and Charizard, and better than either of them. We need him in this game yesterday.

721 Pokémon can never fit in a fighting game like Pokkén Tournament, and the 16 we already got cover all but 3 types, every Generation, plus starters, legendaries and fan favorites alike.

But we need more. If Pokkén is every going to be a respected franchise, we need the Pokémon I have so expertly outlined above.