VR is NOT the Future of Gaming 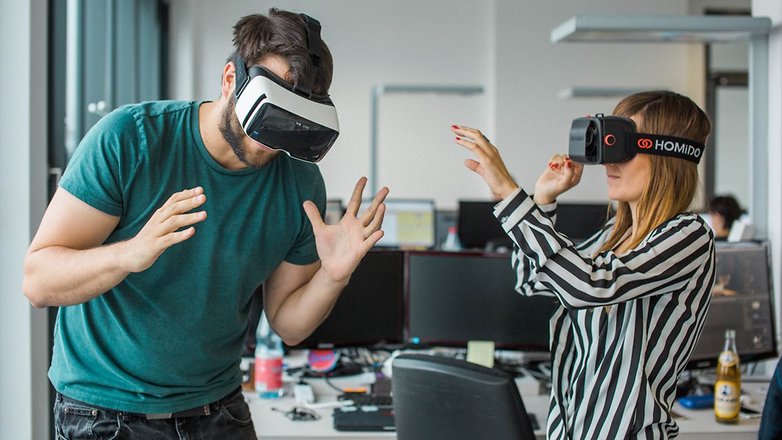 Doesn’t matter who it was, people would look at the graphics getting progressively better and better, next thing you know you’ll always have that one idiot in the room that says, “You know, one day you’re gonna be able to live in the game… err… like the Matrix or something.” And what would that conversation be without that one idiot that spouts out, “Maybe we’re already in a game and we’re playing it right now.”

A couple swigs more of the beer, I look to my left and you’ll see another know nothing that inevitably says, “You know, I saw this thing on Youtube where the guy was wearing a helmet that put him in the game and he would move like this, and the game would actually move the same way. Technology I tell ya.”

The conversation has been going on for a couple decades now. Gamers and non-gamers alike like to amuse themselves with speculation on the future of gaming in this regard. Because in their mind, after the games have finally become photo realistic, where’s the next logical step? Of course, we must be IN the game now.

And while the noise was particularly high on the subject during 95-96, when 3D was making its rounds, it’s especially pronounced now with the unveiling of the Playstation VR and of course, the Oculus Rift. Now-a-days, despite not having even one proof of concept, we have people lining up to get, what they think, will be the next big step in gaming.

Well, as you could probably tell by my tone, I’m here to tell you that this future you people bet so much on, and regard so highly, is a big waste of time.

Ladies and gentlemen, while this may work in the minds of that classic PC introvert (or “the master race”), as much as that extremely small group of people who have the money and have no sense of self want this vision of gaming. Folks, it just ain’t going anywhere.

I don’t want to burst anyone’s bubble here but console gaming in general hasn’t even become a standard household item. Simply because people don’t have the time to be playing video games, especially ones that come in the form factor of wearing a brick on their face. Now remember that last part, ‘brick on your face’ because that’s very important here.

Am I the crazy one? Or are we all pretending this looks totally cool? Gamers, in order to play these games, you have to wear that on your face. In addition to all the other things this thing on your face could possibly say about a person, one things for sure: he doesn’t care about the real world right now.

Which brings me to the core issue of this stupid vision called VR, with the exception of the ‘cool kids’ out there, no one wants disengage with the real world to that degree. I know it may seem weird to some of you but plenty of people have more stake in the real world than the virtual one (as much as they don’t want to admit it) and if they’re going to engage with gaming, it simply has to occupy the mind to the same degree of books, movies, music or any other respectable medium. You know it and I know it, people just want to come home and play a bit of gaming here and there. Sometime in our love for the medium we get caught up in it but trust me when I say that gaming is a thirst quenched by the act of play and not the form of it. Whether it’s a headset, a mouse/Keyboard, touchscreen or controller, doesn’t matter. The brain doesn’t get a better payoff with a different style of control. It may articulate the game a bit better no doubt; it may better realise the vision behind the concept, but the ultimate satisfaction ultimately resides in the brain. We learnt this during the Wii years and during the DS years. While the Wii and DS added a considerable amount to the game concepts they were presenting us, it didn’t take anything away from the games that rocked a standard thirteen button controller.

Still the innovation from Nintendo keeps it under control and allows some space to engage with the world around us. For this reason it was not surprising at all for me to hear that they don’t believe in the VR future or the idea of wearing glasses on your face.  We’re dealing with game design experts, top of their class. 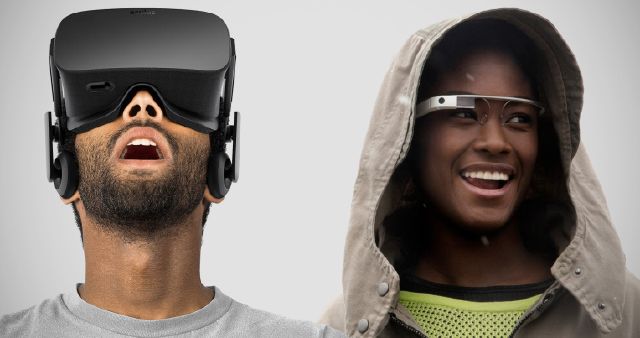 You need only look at Google Glass. Here’s a product that had so much going for it and so much brand behind but when it came out, no one wanted it. That is, everyone but the quirks, that are so caught up in their interpretations of the future that they ignore the real climate around them. Fact: no one want to wear shit on their face, it’s simply too much. And if they do wanna wear it, it’s in short burst on occasion, like watching Batman in theaters or something.

My point is that wearing a brick on your face will never reach mainstream penetration because the interface is extreme hard to understand for how simple it seems on the premise of it. Because remember, it’s not like you can just run around in a virtual world like you  would in real life, most games realistically use that classic dual analogue-thirteen button controller that already has a hard time resonating with the mainstream in many ways. You think we’re getting the Farmville crowd on Oculus Rift? Dream on.

I think it’s realistic to say that most developers are going to look at that and say, “nah, we’ll just stick to the script.” So unless someone in the homebrew or indie scene creates something ground breaking, I don’t think it’s going anywhere.

If my little rant here wasn’t enough, just watch that little moment from E3 with Geoff Keighley and maybe you’ll feel that bit of remorse I had for that poor fuck in the interview at the three minute mark.