Some of you might know I’m a Guilty Gear enthusiast. I started with the excellent Guilty Gear Xrd -Sign- on PS4 last year, then moved on to the previous game in the series, Guilty Gear XX, on Vita later in the summer. Since then, GGXrd –Sign- (what a mouthful) has been one of the games I came back to the most, to grind a little M.O.M. mode to pass time or to play against excellent people. So you might want to take my opinion on this with a grain of salt, but I strongly suggest you pre-order digitally the next entry, Guilty Gear Xrd -Revelator-. With the pre-order comes a demo of the final game (releasing on June 7), which it’s basically Street Fighter V done right.

What do I get out of it?

Glad you asked! The demo is basically a complete port of the arcade version. Right out of the gate, you get 20 playable characters. That’s the entirety of Sign‘s roster, all of Sign’s DLC characters, and 3 of the new characters added to Revelator (Johnny, Jack-O and Jam) you can learn to play as months before the game releases… If you’re counting, that’s 4 more than what Street Fighter V offers prior to DLC. 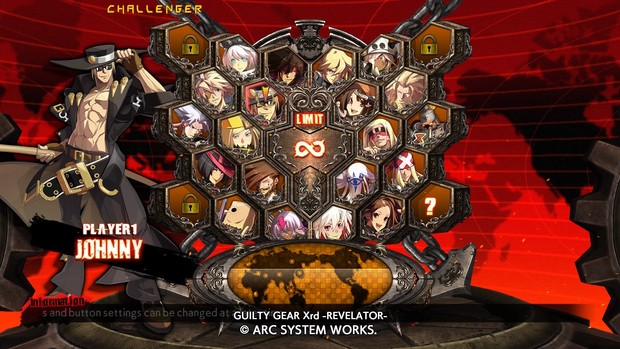 The modes you have access to in the demo are arcade, versus and training. The full game will include at the very least 3 other characters (Dizzy, Kum and Raven), online functionalities, a tutorial for shared mechanics, M.O.M. mode (equivalent to survival with stat building) and a story mode, though I don't know yet if there will be anything beyond that. This is similar to Street Fighter V’s trickling down strategy, possibly in order to allow players to train as soon as possible for tournaments. The difference here is that this doesn’t pretend to be the entire experience, and doesn’t expect players to unlock additional features with any form of currency. The game starts by telling you that it’s a game in progress, and changes might happen before the final release.

The arcade mode is pretty much complete, with every character except Jam getting his or her own. Unlike SFV’s story introductions, this arcade mode contains the entire experience, with cutscenes and 8 stages each. On top of that, arcade mode is very customizable, from time limit and number of matches to the difficulty of the opponents you face. This is likely the mode players who aren’t interested in multiplayer will try out first. 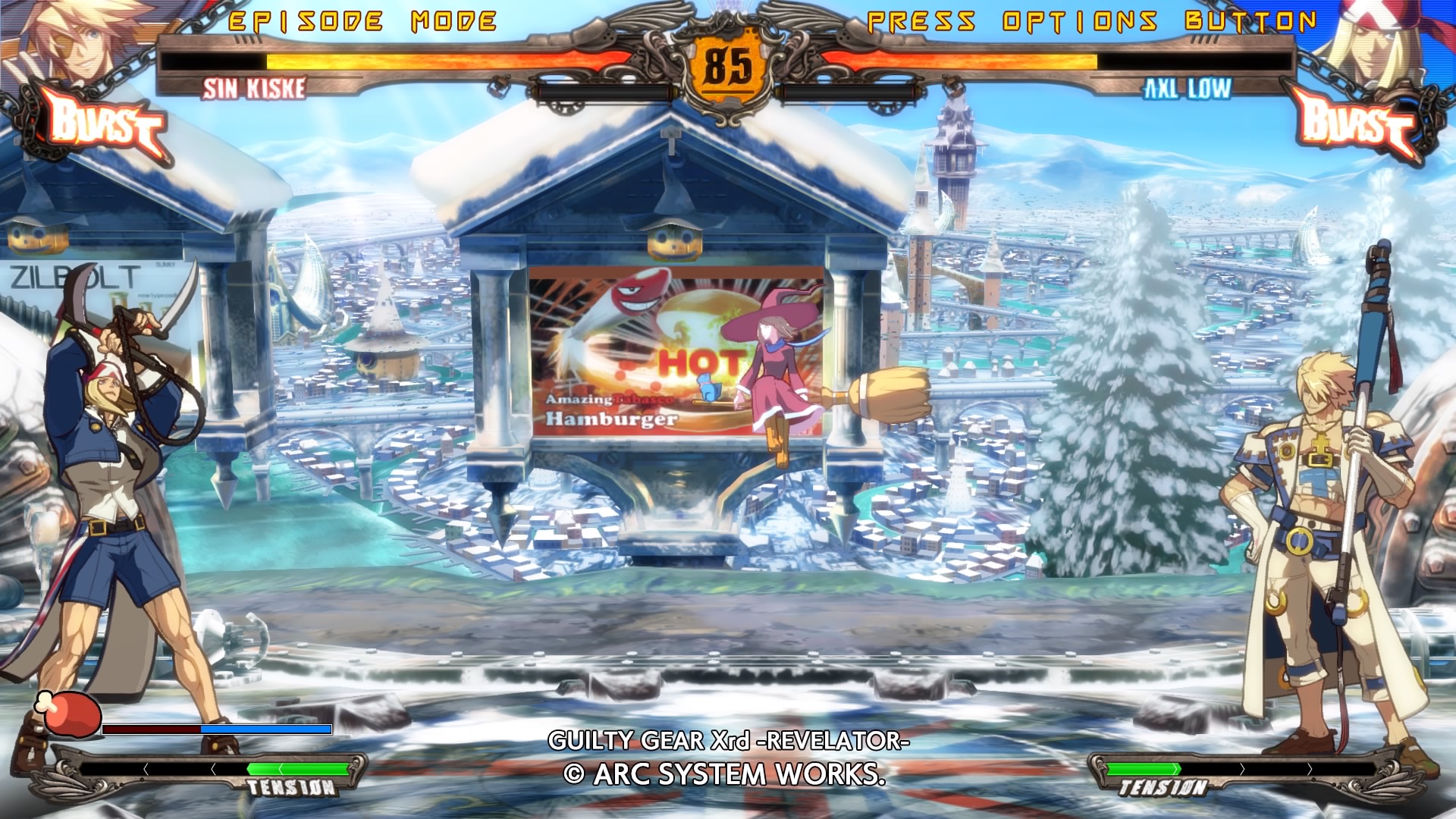 Versus mode allows you to either fight a friend or a CPU locally, a feature people were also asking for in Street Fighter V. On top of the 20 fighters, there’s a surprisingly robust number of stages available from the demo as well, all of them featuring Guilty Gear’s colorful visuals. I expect lots of hours of gameplay from this mode alone, playing against my siblings and trying out the different characters.

Yeah but I suck at fighting games.

No worries! While the tutorial isn’t in the demo as far as I can tell, outside of how to execute burst moves, grabs and roman cancels (which aren’t useful until you’ve already got a grip on the basic combat) you should be able to pick up everything up with the training mode. From the pause screen, you can set opponent behavior and check out your character’s move set to try out each character in a variety of situations. On top of that, the training interface, while a bit cluttered, gives you all the information you need to see how the game interpreted your inputs, so you can land those more difficult moves easier and more reliably with practice.

Guilty Gear Xrd -Revelator- is a dang good time so far, and this is only a demo. I highly suggest you give it a shot, either as your first entry in the series, or if you want to brush up those rusty skills before release. I’d love to play this game against more dtoiders.