The Ingredients to a Good Souls Game 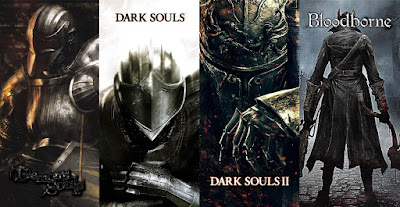 First off, I've heard some early commentary about the upcoming Dark Souls 3 from those who have played and finished the game. It was all very spoiler-free, but I won't be taking their comments into account in this post. What follows is a general rundown of the leading constituent parts that make a Souls game the magic that it is for so many people. Feel free to add your own below or discuss the one's I've listed!

With regards to the plot, a Souls game will never truly give the player all the answers. It's often up to the player to do a fair amount of legwork either on their own or with others online, to piece together parts of the narrative. When the story is told, it's often in a disjointed fashion by unreliable NPCs. The player-character is entirely silent, leaving characterization up to the foggy reflections from NPC dialogue. Pieces of the story are also doled out as part of the item descriptions and randomly during the loading screens. These descriptions are from the perspective of an omniscient narrator that will sometimes comment on the nature of the lore being dispensed. And in many cases, that lore has little to do with the item nor would any of this information be realistically conveyed to the player-character upon finding the item. If it's one word that best describes a Souls story, it's "distant". Not "nonexistent" or even "nonsensical" -- simply, distant from the player and even the characters in the game. 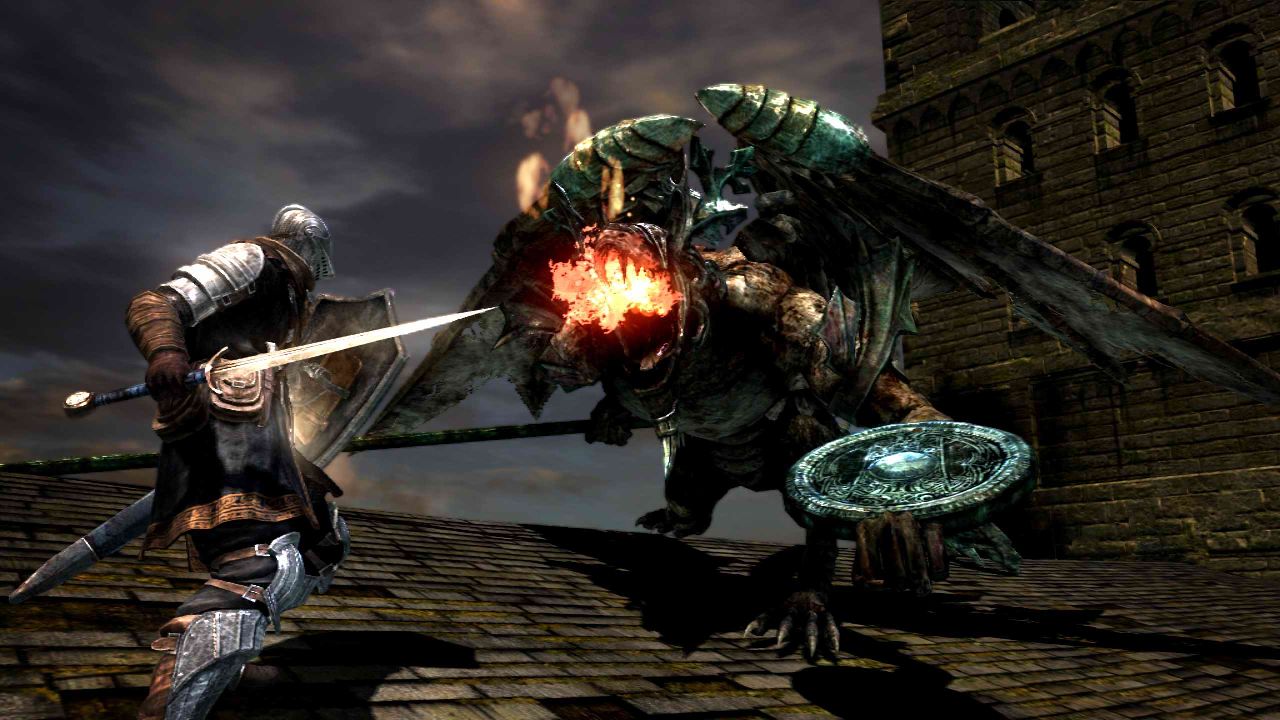 Rather than give the player tools or encouragement to take a rapid or risky approach, a Souls game strongly encourages slow caution in all of its game design. Locations are rife with traps that would elude the hasty player but be fairly obvious to one taking their time around the next corner. Enemy behavior is also tailored to fish out an attack that would leave you vulnerable. Just when you thought the enemy was done swinging that sword, they throw out one more swipe (or two!). Souls games can be played much faster than this initial slower pace, but only when much of the game's mechanics and layout have been very accurately committed to memory. For casual runs or first-timers, your worst enemy will often be your sense of confidence. Progression in a Souls game is never strictly linear. Although there will be an intended sequence, that sequence may not be in order and coming upon that sequence may involve some self-assessment by the player to judge if an area seems too difficult. The original Dark Souls does this most clearly in the beginning when the player gets to Firelink Shrine. You are presented with three routes, the Catacombs, New Londo, or the Undead Burg. The first two present the player with enemies that either cannot be harmed or wont stay down (and do a ton of damage) while the Undead Burg has more normal enemies with simpler attack patterns. It's left up to the player to judge these areas and determine when to try something different. This applies to the combat as well, with boss battles testing the players ability to stop doing something that doesn't work and find the thing that does. Even though this is a series renowned for its difficulty, if it seems too hard, chances are there's a reason for that.

Fitting the Multiplayer Into the Game World

The Souls games do something pretty special with the multiplayer component. They manage to force other players into thematically appropriate levels of interaction, with nothing very direct with plenty of room for deceit. The player messages left around the gameworld are notorious for being as misleading as they are helpful. And with limited methods for creating messages, the results stay consistent across the whole game. The co-op and PvP elements are just as distant, with no voice or text chat and with limited means for connecting with specific players. Later Souls games have softened on the latter part, letting friends set up co-op games together more easily. But the average experience will mostly consist of random help and random aggression by invaders. It fits well within the uncertain world of the Souls games where NPCs can turn hostile or even seem like enemies at first. 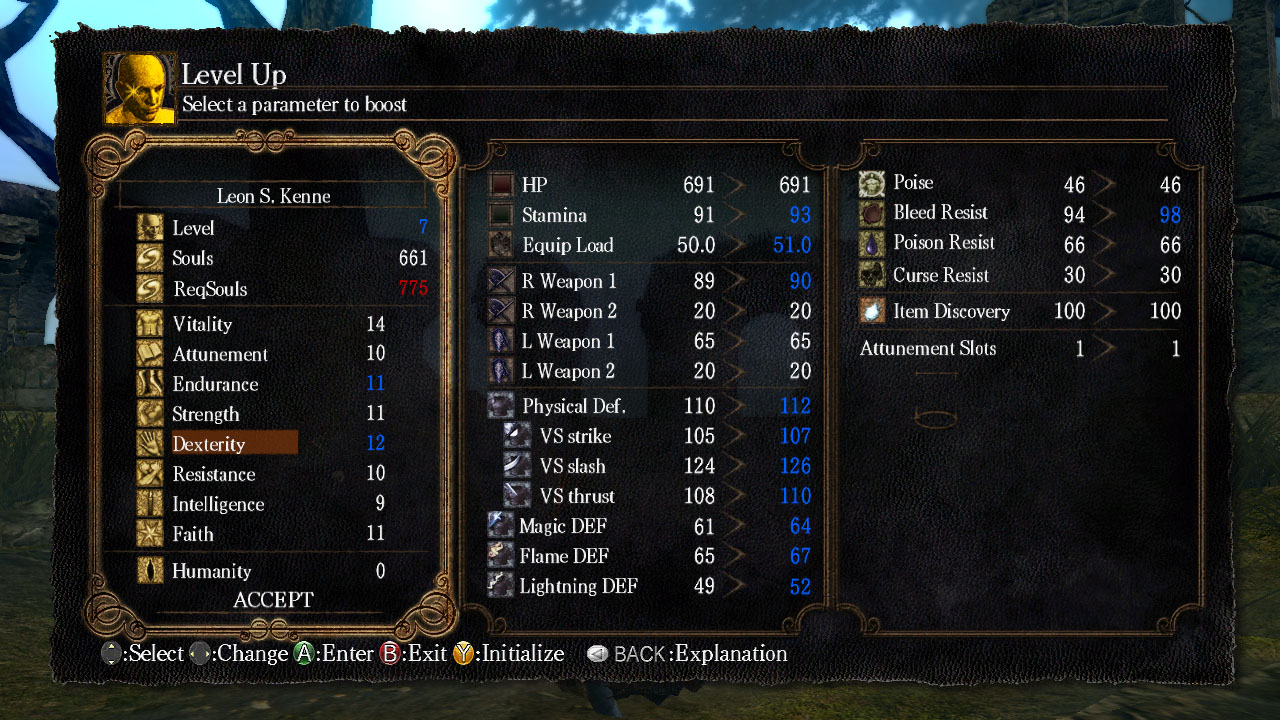 You can't be a jack of all trades in a Souls game and expect to get very far. Early on, it's best to pick the kind of character you want to play as and begin specializing in that direction with a few wasted level-ups as possible. And while specialization is ideal, there are no hard blocks from a magic user becoming a heavy melee weapon user if the player is willing to grind out the necessary experience. But as with level-ups, weapon upgrades need to be chosen carefully as the higher level upgrade materials are in finite supply per-playthrough. The benefit to all of this is it incentivizes coming at problems from unique ways based on your build, and then encouraging you to find alternate strategies on subsequent playthroughs with different builds. Without strong incentives to specialize, there wouldn't be enough reason to stick with any one play style which can drown the player in too much choice. The covenant systems present in these games add to the requirement to choose.

I could add more, but really I'm just writing this to tide myself over for the next week of waiting. I have faith this next entry will do right by the series, overall, rather than diverge or lose what made it work. I know I can find out that answer already if I look, but I'm being a patient boy. Patient, patient, patient...