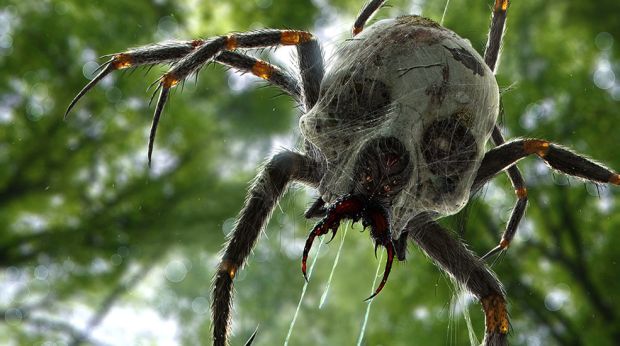 A white whale of video games. That one game you've always been meaning to play, but never got around to. Your archnemesis, the one that got away. But what if instead of a single game that always slipped through, you had an entire genre? If that were the case 2016 would be a great turning point; the perfect time to start making a dent. So, let's.

Like most of Destructoid, I enjoy all sorts of games. I enjoy platformers, RPGs, action games, puzzle games, racing games provided they're called Mario Kart, and lots of other things. However, one genre has always been the bane of my existence. One genre I keep trying over and over again, but never for more than 30 minutes at a time. One genre that keeps me up at night.

Now, it's not because I don't like the mechanics of horror games or anything like that. Far from it: the idea of being helpless to fight the horrible abominations but instead relying on your wits to get you to safety appeals to me greatly. I love cool lighting effects, I love creepy imagery, and I love anything that changes up the norm of run-and-gun. I'm even a total night owl.
...
I'm just a wuss.

The strangest thing is that I only have this issue with horror games. For example, I love horror stories. I can get incredibly invested in H.P. Lovecraft's tales of the macabre. There's just something about his descriptions of creatures and the creeping madness that really does it for me. Dark gothic settings will always have a serene sort of beauty, and the designs of the Elder Gods that should not be is delightfully messed up. It's not just Lovecraft either, I've also been a fan of Stephen King since I was kid and there are several more writers out there who can pen a heck of a good fright. I've even been known to enjoy a Creepypasta every once in a while, provided it's original and the set-up is good.

But it works the other way around too; I never had any problems with supposedly scary parts in non-horror games. Some people can't stand the Forest and Shadow Temples of Ocarina of Time. I didn't give them a second thought. I've heard tales that the morgue in Batman: Arkham Asylum gives people pause, but I was just miffed that my run button was disabled. And spiders in video games? They barely register.

However, when I know up-front that I'm about to play a horror game, my brain starts doing weird things to me. When it knows that I'm playing a game where ghoulies might try to grab me, it immediately wants to NOPE the fuck out of there.

The above has led to a much too large number of games that has remained unplayed. One of the first games I ever bought on Steam was Amnesia: The Dark Descent. I tried playing it twice, but never got more than half an hour in. I just recently bought Fatal Frame: Maiden of Black Water, but I didn't play it past the tutorial. ZombiU was one a diamond in the rough that graced the WiiU in its early years, but even at a discounted price I never bothered to pick it up; I only ever played the demo and I might not even have finished that. It doesn't even matter what genre a game is in; I own several Lovecraft-inspired point-and-click games, but I never got far in those either. Nor do graphics count for anything: Silent Hill 2 is as inaccessible to me as The Evil Within.

In fact, I think the only horror game I've ever finished is Eternal Darkness: Sanity's Requiem. I used to play it for about an hour at a time before I'd need to go do something else. After several weeks of playing the game like that, I finally managed to reach the ending. I'm still more than a little proud of myself that I didn't resort to playing it in broad daylight. Nevertheless, Eternal Darkness remains the only one of my many Gamecube games that I never played more than once. I also finished Corpse Party, but seeing as that's more a horror story (which I've already stated I'm totally fine with) than a horror game (decidedly not fine) it doesn't really count.

I think it's a damn shame that it has turned out like this. Frankly, I'm even a little embarrassed. I mean, what kind of a Lovecraft fan am I if I can't even play Call of Cthulhu: Dark Corners of the Earth? And never getting the true ending of Eternal Darkness? That's just not right. There are lots of great horror games out there that I know I would love if I just got my stupid brain into gear. I've heard such great things about Amnesia, and on top of that SOMA was released recently as well. SOMA looks awesome even if you disregard the horror elements; if it wasn't labeled a horror game I would've already played it yesterday. So there's really no excuse, is there?

That's why horror games are my White Whale. By the end of 2016, I want to be able to say that horror games are no longer the bane of my existence. This isn't so much about any individual game, I just want to learn to play horror games, so that I can safely buy them in the future, and to wipe that nasty stain off my backlog. I don't want to look at a game like SOMA and think "wow, that looks awesome!...but it's horror" anymore.

Nevertheless, defeating a White Whale of a genre can only happen one game at a time. Start slow and all that; those whales have a lot of HP. Of course, I don't just want to play some horror games and call it a day. If I'm going to do this, I'm going to do it right. How will I ever learn to love horror games if I can't play them as they were intended? No, if this is happening, it's happening at nighttime, with headphones, preferably home alone, the whole shebang. No half measures in this household!

Taking that into account, the game I want to start with is Fatal Frame: Maiden of Black Water. The reasoning for this is simple; it's my only boxed game that I haven't beaten yet. Ever since I installed Steam I've had a huge backlog, but for me games I own a physical copy of always take priority. There's a lot of money that goes into these things, so the least I can do is beat them, right? Ain't no way I'm going to let Fatal Frame spoil that.

Of course, there's no doubt whatsoever that I'm going to make it through Fatal Fra-

Okay, so there might be some doubt about whether I'm going to make it through Fatal Frame. But assuming I do, that should be just the push I need to start making my way through other games. I feel like this is a thing that you just need to go through once, and then it'll be easier in the future. Like taking a plunge in cold water, or overcoming your fear of heights by going skydiving.

If that's indeed the case, there is a lot more work to be done. Like I said before, Amnesia has been backlogged since the beginning of time itself (which is to say, since I installed Steam), and after two failed attempts it's high time I finally beat that sucker. After that it's going to get more difficult, because nothing immediately stands out. Maybe I'll get SOMA if I enjoy Amnesia a lot, or maybe I'll finally get ZombiU and give it the respect it deserves.

Whatever the case may be, my final goal is to loop back around to Lovecraft. Replaying Eternal Darkness first and foremost, but there are also currently 53 games with the 'Lovecraftian' tag on Steam. Besides, one of these days I really need to check out whether the Call of Cthulhu games hold a candle to their namesake on the paper.

And if, after all that, horror games still aren't for me?